Despite Abe remaining the darling of the Oddworld franchise since its conception some 25 years ago, fans have always had a soft spot for the titular bounty-hunter of 2005’s action-adventure spin-off, Stranger’s Wrath. Exceptionally weird, even by Oddworld standards, the underappreciated first/third-person hybrid offered a welcome respite from the adventures of Abe, delivering a fresh spin on a franchise already renowned for its new takes on old formula. Alas, while Abe and co. have recently received sparkly fresh coats of paint in the form of two ground-up reboots, so far, Stranger’s Wrath has been left somewhat on the sidelines, receiving HD remakes and little else. 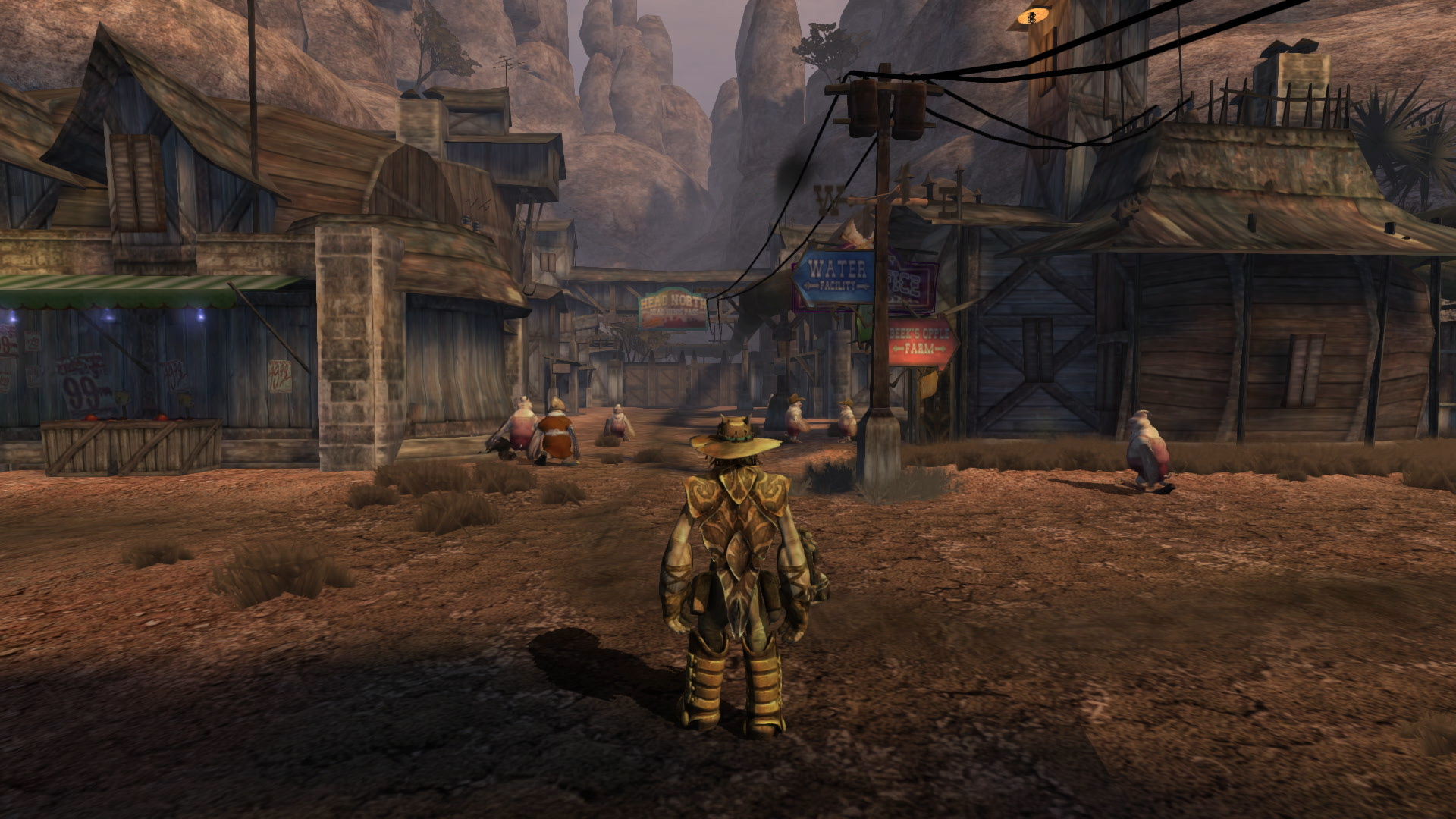 But boy, is this a good remake. For the uninitiated, Stranger’s Wrath is part Western adventure, part typical Oddworld fare, packing perhaps the most intriguing storyline out of the whole franchise, with Stranger becoming one of Oddworld’s most compelling characters. The story follows the titular bounty hunter as he goes head-to-head with squid-like overlord Sekto, as Stranger fights to protect the whereabouts of the last remaining member of a species of creatures called Steef. With nary a Mudokon in sight (at least, no alive ones), Stranger’s world feels totally unique while still retaining the feel of the Oddworld universe. Stranger, with his Clint Eastwoodisms and quick-witted absurdist humour is a loud and proud Oddworld inhabitant, while the dusty, sand-draped towns, crammed full of the bird-like critters called Clakkerz help make Stranger’s Wrath bang that familiar Oddworld drum. 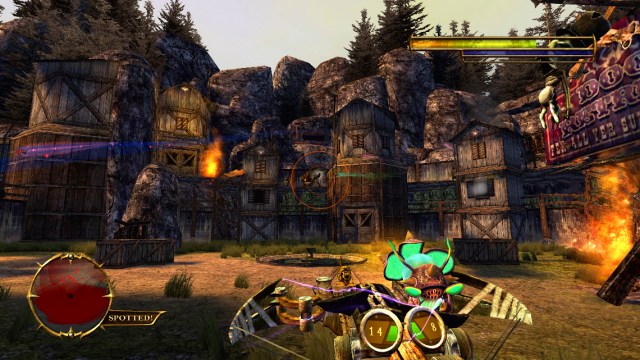 Gameplay-wise, Stranger’s Wrath has little in common with its predecessors, with emphasis on action-heavy bounty hunting rather than the puzzle-centric aspects of Abe and Munch’s adventures. It’s a formula that works well, with praise in particular for Stranger’s crossbow and its quirky ammo. Stranger takes down targets with live rounds, equipping his wrist-held weapon with deadly bugs that allow him to hunt his targets any way he pleases. Fuzzle’s look adorable but pack a mean bite, while Stunk’s immobilise enemies with their intense smell. Many of these different ammo types can be upgraded or placed in traps, leaving would-be bounty hunters packing an even deadlier punch as the game progresses. It’s a system that works well and compliments Stranger’s approach to bounty hunting excellently. Bounties can be picked up alive or dead, giving players the ability to sneak and snoop their way to victory if they so wish, and while no Splinter Cell, Stranger’s Wrath can easily be, mostly, played without killing a single enemy.

And while the bulk of the players time will be spent collecting bounties around the townships that lie along the banks of Mongo River, there is more to Stranger’s Wrath than a 15-hour shooting and looting adventure. There’s some familiar platforming and puzzle-like aspects here and there, and players can explore the game’s many nooks and crannies to uncover collectables and Easter Eggs galore, stretching out the game a good 5 or so extra hours. 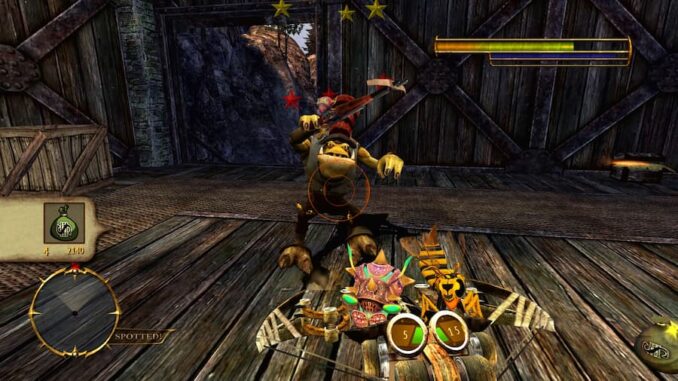 But if you’re reading this, chances are you’ve already played Stranger’s Wrath some 15 years ago, and there’s only one question you need answering – does the game stand the test of time? And it’s safe to say, it does. I usually take umbrage with HD remakes of classic titles, especially as, in most cases, they run poorly, but Stranger’s Wrath holds up remarkably well. It helps that the DNA behind Stranger’s Wrath is already so strong, the story-led adventure presenting one of the most diverse and visually pleasing environments the franchise has to offer. Stranger and his cohort of bounties have never looked better, benefiting from the clarity of 4k, high-def technology. It’s not issue free, however with sound-clipping and texture pops difficult to ignore, but for the most part, Stranger’s Wrath looks and sounds fantastic.

And helping to counterbalance these minor graphical misdemeanours, Stranger’s Wrath also plays incredibly well. It handles like a dream, with a little tinkering with the control options, and where many HD remakes can feel clunky, Stranger’s Wrath is an almost entirely smooth experience. Of course, some players, spoilt by modern-day graphics and the bells and whistles of the likes of the Dualsense controller, will be turned off by flat landscapes and non-responsive controls, but for a game heading towards 20, you can’t get much better than this.

Stranger’s Wrath, for many, remains not only a series high but a technical marvel of the mid-2000s. Boasting exciting gameplay and a charming, wonderfully bizarre world, Stranger’s Wrath is an unparalleled experience. A masterclass in action-adventure gaming, Oddworld’s most outlandish moment has never looked better.