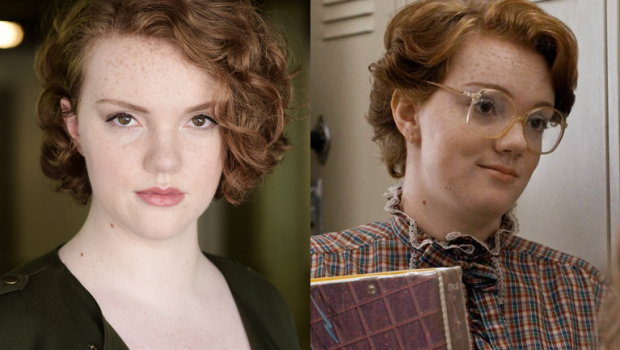 Stranger Things fever swept the world in 2016 and fans have been calling out for justice for Barb ever since. The fans have demanded it so Barb is back – at Oz Comic-Con Melbourne, on Saturday 1st July, and Sunday 2nd July 2017.

Barb, aka Shannon Purser, became a cult hero (and unlikely 80’s style icon) when her character was killed off in Stranger Things. The breakout character of the season, viewers were outraged that Barb’s death was overlooked by the characters and started an online hashtag, calling for #JusticeForBarb. The outcry was so strong even celebrities got in on the act, tweeting their support. Memes were created and Twitter was abuzz- The world can’t get enough of Barb!

Show creators have heard the audience’s demands and have stated that Barb will get some closure in season two, which drops on Netflix on Halloween this year.

She may be dead on Stranger Things, but actress Shannon Purser isn’t letting that stop her, taking a role in another hit Nextflix Show, Riverdale. Shannon portrays high school student Ethel Mugg in the Archie Comics inspired teen drama.

Shannon will be joining Sherilyn Fenn (Twin Peaks), Aly Michalka and Rahul Kohli (iZombie), Daniel Gillies (The Vampire Diaries, The Originals), Zach McGowan (The 100, Black Sails), Elden Henson (The Hunger Games, The Mighty Ducks) and Bill Farmer (the voice of Goofy) at Oz Comic-Con. All guests will be taking part in professional photograph and autograph opportunities across the weekend, as well as answering fans’ burning questions in exclusive question and answer panels.

Oz Comic-Con Melbourne will also feature exclusive Marvel and Star Wars content, along with local and international comic artists, exclusive workshops, dedicated Cosplay, anime and gaming areas. There will be family activities and a show floor filled with retailers catering to every fandom.  With something for fans of every age, genre and interest, Oz Comic-Con Melbourne will be a total pop culture knock-out!

Oz Comic-Con Melbourne will be held at the Melbourne Convention and Exhibition Centre on July 1-2, and tickets are now on sale.