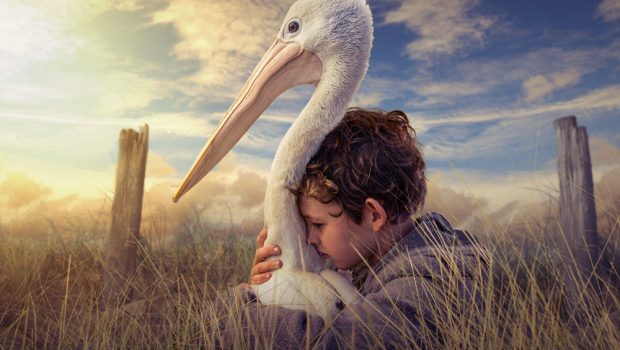 Storm Boy preserves the thematic core of Australian author Colin Thiele’s original work. Before his death in 2006, Thiele was regarded as one of South Australia’s best writers. He was born in a German family and only spoke German until he attended school. Thiele served in the Royal Australian Air Force in World War II and was also a high school and university teacher.

Poor schooling resources prompted him to write his first book, which was about geography. The body of his written work included over one hundred published books. They were often about rural Australia, particularly the Australia’s Coorong region, which is located south-east of Adelaide. Perhaps his linguistic isolation growing up prompted him to write about secluded areas since he enjoyed their peacefulness.

His environmental interests were pertinent in writing the novel ‘Storm Boy’ in 1964. The idea for the iconic children’s book was conceptualised during a trip to the Coorong National Park. The story only took four weeks to write and is set in the Coorong region. It is about the gentle friendship between a boy and a pelican.

Storm Boy is the novel’s second film adaption following the much-loved 1976 film version. Geoffrey Rush stars as Michael, an elderly man who is bullied by his son-in-law, Malcolm (Erik Thomson), to partake in a corporate vote that will surrender a piece of land in the Pilbara region to his company, King Pastoral Holdings.

Malcolm is regularly at war with his daughter, Madeline (The Tree’s Morgana Davies). She is a high school student who vehemently disapproves of her father’s decision to affect the land. She implores Michael, her grandfather, to vote against the proposal.

After an argument, Michael tells Madeline the story of when he was a little boy living on the beach. The young Michael is played by newcomer Finn Little. The sweet kid befriends Fingerbone Bill (Indigenous actor Trevor Jamieson who is charismatic and disarming). Together, they discover that hunters in the area are mercilessly shooting pelicans on the beach. 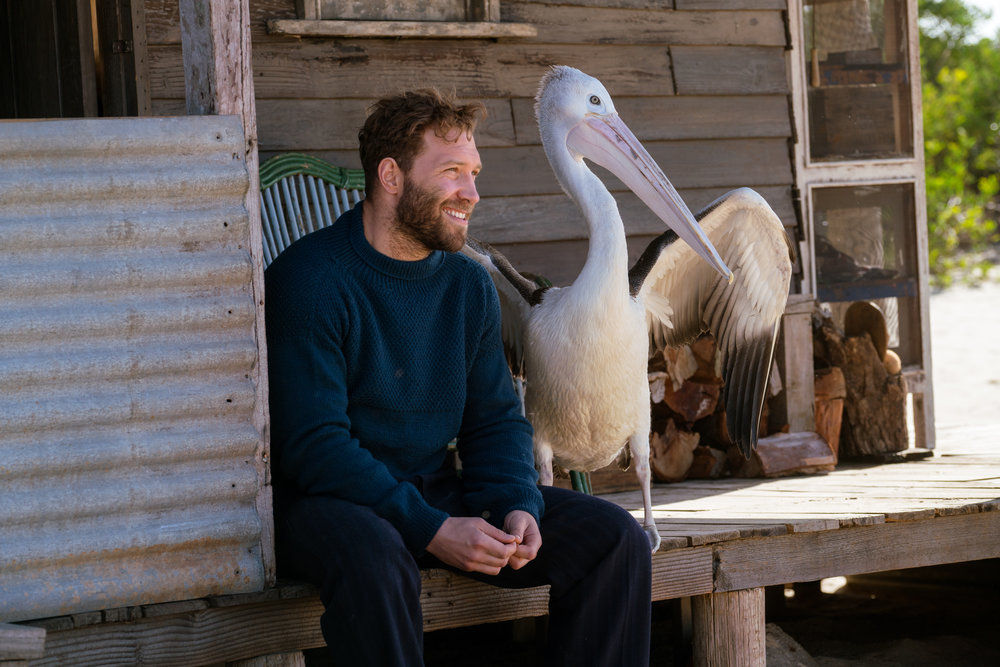 As Bill teaches him Indigenous values, Michael becomes more environmentally conscious. One day, Michael discovers three baby pelicans. He cares for them and names them Mr. Proud, Mr. Ponder and Mr. Percival. He finds it impossible to detach himself from Mr. Percival.

Michael’s father, Hideaway Tom (Suicide Squad’s Jai Courtney), reluctantly allows his son to care for the birds. However, he stresses that they will need to be freed. Tom himself is aching because his wife and daughter died in a freak car accident. At one point he tells Bill its better not to care about anything because he prefers to bury his emotions.

Director Shawn Seet made his feature debut filming the local boxing drama Two Fists, One Heart (2008). However, he has mostly worked on television programmes. He brings a relaxed, comforting atmosphere to Storm Boy by shooting the film on location in the Coorong region and keeping the story brief.

His filmic style is arranged into a simple blueprint that echoes Thiele’s appreciation of nature. By using spectacular wide shots for the beach scenes, the large open spaces reflect Michael’s freedom of exploring the environment and living things. The use of slow-motion when he runs across the sand with Mr. Percival infers the preciousness of their time together.

There is also a beautifully framed sequence where Michael floats towards the body of a sunset while perched on a makeshift raft. Using the music of Indigenous singer Geoffrey Gurrumul Yunupingu on the soundtrack further stresses Michael’s respect of Indigenous values and appreciation of wildlife.

During the indoor scenes, the camera framing is tighter. The close-ups of food being prepared for the baby pelicans and the feeding process shows the intensity of Michael’s care for them and his emotional connection since their discovery. In one scene, Michael asks Bill what he is doing. He says, ‘paying my respect to the land’, which is a value that becomes ingrained in him too. 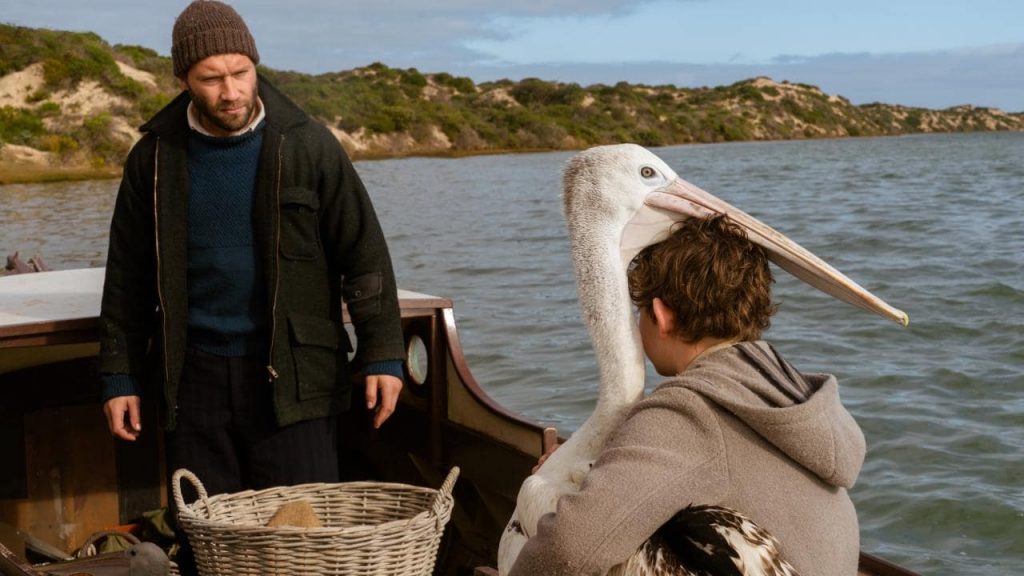 Bruce Young’s handsome naturalistic photography is contrasted with the cold, grey glass panes of the present-day scenes. It shows the lovelessness of corporations. The only visual sequence that falters is an implausible action piece where Tom is trapped out at sea during a fierce thunderstorm. The way the rescue is staged suggests that Seet’s strength is in building gentler images.

However, the agreeable thematic ideas soften the presence of the caricatures and the on-the-nose dialogue. If the film makes young people more environmentally curious and opens the doors to discussions about climate change then its flaws are irrelevant. 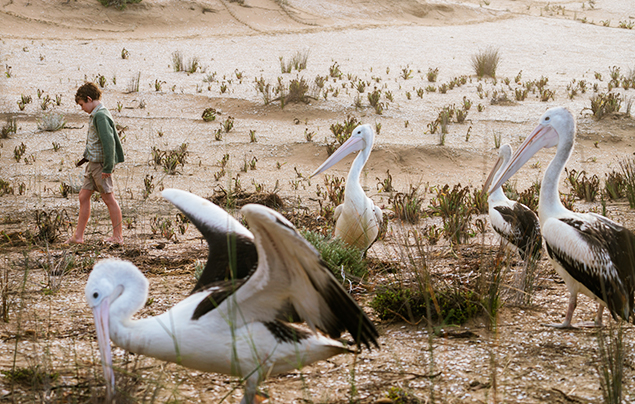 It is seeking to dramatise issues relating to the environment, Indigenous values and grief. All the characters are unified by loss in their life, and the performances show how their past traumas haunt them. In addition to Madeline, another a female character, who isn’t dead, was needed.

Finn Little possesses an emotional range well beyond his early years. It is hard not be affected by the visible sadness in his eyes. Jai Courtney makes Tom more than a disapproving parent. He is willing to let his son show his caring side, which prompts him to overcome his grief and be less protective of his own emotions.

Some will balk at Geoffrey Rush’s inclusion given his well-document off-screen troubles. It irks that many of his scenes are alone with Madeline, particularly a late moment where he places his hand on her shoulder. However, his deeply wounded performance cannot be faulted. 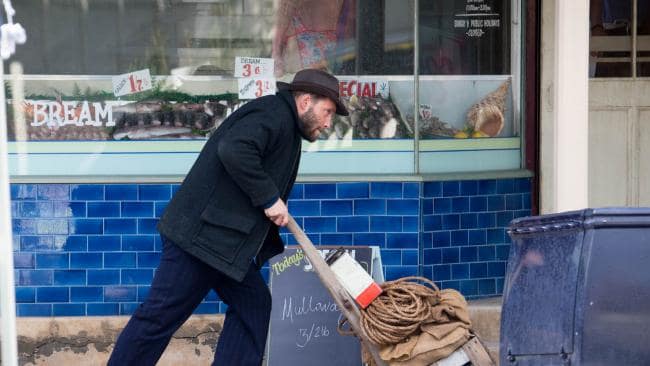 His nuances make Michael a troubled figure who embodies loss and deep regret for the fallout he had with his father. His hurt expressions, coupled with his wild Einstein hair and large potato-shaped nose, paint a dishevelled man edging towards the end of his life.

Erik Thomson immediately casts Malcolm as impatient and cruel but he does not have enough scenes to humanise his character. There is one quietly humorous line where Michael says that his son-in-law is ‘not a cruel man, just a businessman’ but there is no redemption in him before the abrupt ending.

Storm Boy is technically proficient, relaxing and easy to watch. The images of the beach and the pelicans will resonate with children and some of the performances are emotionally palpable. Since the film is made for a very young audience, it is unsubtle about its thematic interests. 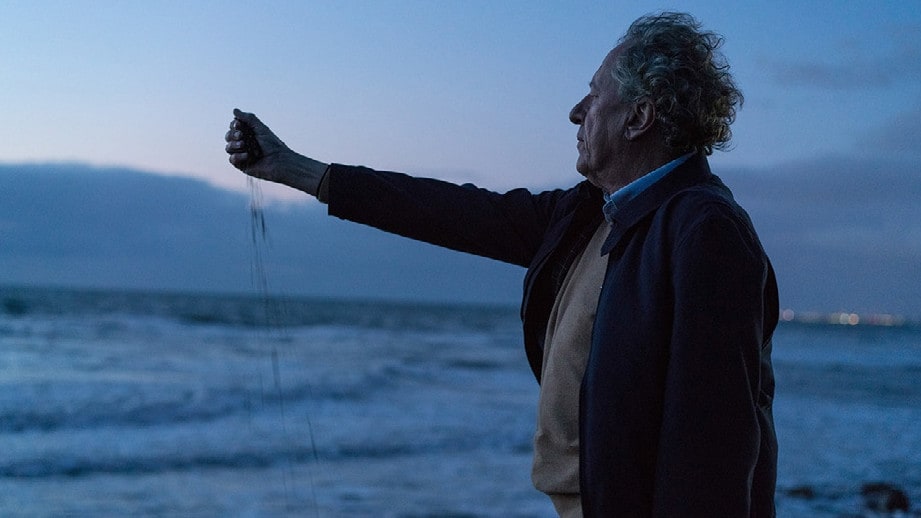 Yet it transcends its simplicity through the volume of ideas it chooses to dramatise. There are worse options today than entertainment seeking genuineness and sincerity, which is exactly what it delivers.

Summary: Shawn Seet brings a relaxed, comforting atmosphere to Storm Boy by shooting the film on location in the Coorong region and keeping the story brief.