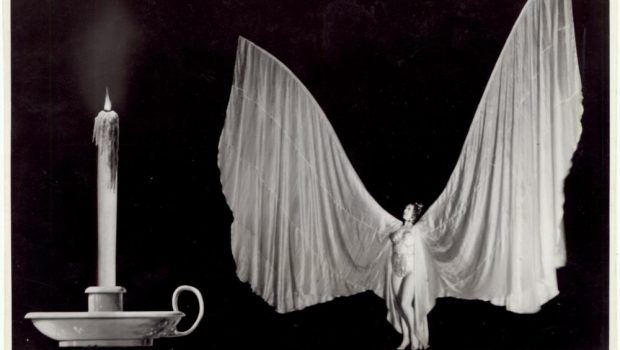 Stories of women and magic in new digital exhibition

The exhibition champions the lives and careers of three women in magic who performed in the mid-20th century both in Australia and overseas: Esme Levante, Myrtle Roberts and Loretta “Moi-Yo” Miller Montes.

From the outset, Pryor’s objective was to demonstrate the pivotal role that these women played on stage and behind the scenes in the development of magic over the years.

“Magic has been a performing arts field that has traditionally been dominated by men, and the role women have played in the development of the art form in Australia has often been overlooked,” Pryor said.

Throughout the exhibition are written histories of each woman, images, archival videos and personal recounts from various family members. In all, a truly incredible insight into these three women.

The challenges of the pandemic and ongoing lockdowns certainly impacted Pryor’s ability to use the archive of the Australian Performing Arts Collection for research, but tucked away amidst the myriad stories of Australia’s performing arts history, she was able to give each woman their time in the spotlight.

“It was such a joy to delve into the world of magic performance last century and tell the stories of these three women who did so much to push boundaries in their own way. They all had such varied careers and lives, and the depth of talent and what they contributed to the art form over many decades was quite extraordinary,” Pryor said.

Australian Performing Arts Collection Research Coordinator Claudia Funder assisted Pryor in accessing the Collection archive and says it was a herculean effort to get this done within the constraints of the pandemic.

“Cathy pulled it all together in very extreme circumstances with such limited access to the Collection and then no access at all. The depth of research and creativity around the story that blossomed out of that hard work is just wonderful. Scraping together scant evidence of hidden lives is very difficult indeed and she’s done just the most terrific job.”

A major outcome for Pryor’s Fellowship was an audio documentary in addition to the digital exhibition. The podcast is titled The illusory life of magician Esme Levante and has been delivered in collaboration with ABC Radio National’s The History Listen.

Levante, Roberts and Miller Montes contributed significantly to the development of magic performance in Australia and have left an indelible mark on its history. With opportunities like the Frank Van Straten Fellowship, performing arts historians, researchers and curators like Pryor are able to unveil stories like the lives of these three women who deserve to be remembered and celebrated.

The Fellowship is made possible through the generous contribution of Frank Van Straten AM and the Adrian Turley Foundation. Frank Van Straten AM played a pivotal role in the establishment of the Australian Performing Arts Collection as director from 1984 – 1993 of what was then the Performing Arts Museum. Arts Centre Melbourne has been the proud custodian of the Collection since its creation in 1977.