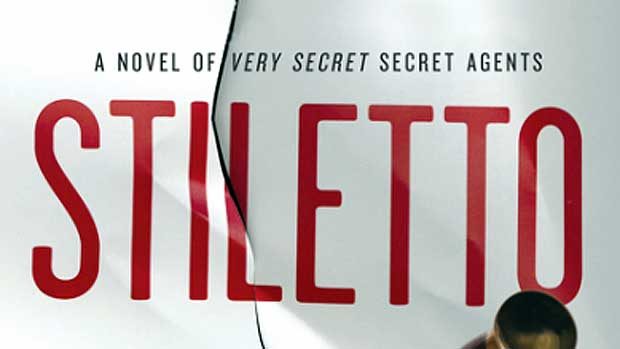 Summary: Stiletto is a good follow-up of the original book The Rook which features some interesting protagonists on the backdrop of the supernatural!

Author Daniel O’Malley returns readers to the world of Myfanwy Thomas and is a sequel to ‘The Rook’ which continues from the previous novel. One difference between this novel Stiletto and the original book is that Myfanwy takes more a backseat approach which thankfully still works, although I did miss her quirky character a little.

In this world and unbeknown to mankind, we are plagued by supernatural threats and a centuries old organisation known as The Checquy is the defence against the unknown. However with a supernatural war brewing, it’s up to Myfanwy Thomas and her agents to help build peace because if London falls, then the very rest of the world may follow… welcome to book Stiletto!

Unlike the previous novel ‘The Rook’, Stiletto takes a slightly different approach by adding additional characters in the mix that helps expand the mythology of this series with a different viewpoint such as Odette Leliefield, one of the Grafters and also Felicity Clements, a Pawn of The Checquy. Rather than just Myfanwy Thomas’ viewpoint, O’Malley adds to the world-building (including the history of The Grafters) and it’s interesting to see the dynamics change within The Checquy, as their enemies now walk among them.

We also learn that Odette is the ‘stiletto’ within the book which does create a massive conflict with Felicity because both character’s don’t see eye to eye and with diplomacy involved, it’s going to be a complex journey for these two women. It’s a fun journey for them both, particularly for the reader but my only gripe with this book is that I saw how this novel would end.

In terms of writing, O’Malley really helps the reader get a great mental image of this world, particularly with the characters and you can easily get into the headspace of them, particularly the two protagonists of Odette and Felicity. Furthermore, I found this novel slightly darker than the previous book and at times, it did stall here and there but fortunately for never too long. Humour also plays a key part to the characters as well.

It’s also quite a long book at around 600 pages but given the mystery, it’s much needed and thankfully the words flow quite well. Then you have the great world of the supernatural, filled with all sorts of creatures, monsters and people with strange abilities that works well with the overarching story. When I read the previous novel, The Rook, I actually commented on what a cool TV series it would be and I guess so did others because Lionsgate studio is turning the aforementioned book into a series. It’s great news for fans!

In the end, Stiletto is a well written book which features drama, humour and political intrigue, especially with the merging of two opposing organisations. Sure, there is some pacing issues but for the majority, Stiletto is a fun read with some clever twists, interesting characters and hopefully for the next book, we can see this world grow and its characters. 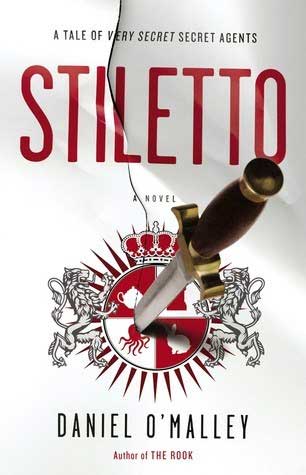