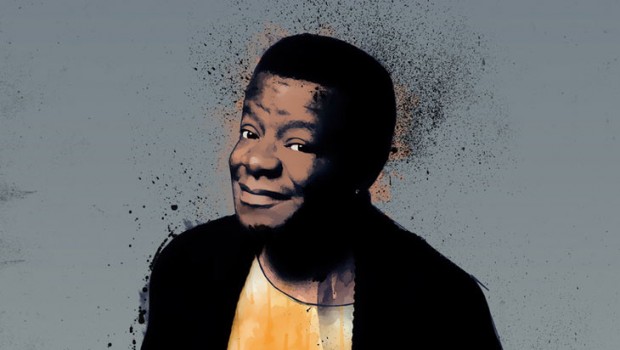 Summary: Amos is once again the utmost comedy professional who is a real comedic gem at the Comedy Festival

The charming and highly amusing maestro of comedy returns to the Melbourne International Comedy Festival for 2015 as Stephen K Amos brings his fast paced humour to packed audiences at the Athenaeum Theatre. Last year, Amos visited Melbourne and eluded or perhaps divulged to the audience what the “K” stood for in his name and this year, he has a theme of not backing down to people (or companies) when you are challenged. Given that, Amos did recycle a few jokes from the show last year that included raffling off meat trays and the banana crisis in Australia but hey, this was just the warm-up to a night filled with laughs and tears.

Like previous shows, Amos has a knack of warming up the audience and targeting people in the crowd, whether they are latecomers or people who will become the comedic victim of his classic stand-up routine. This time he picked a 20-year man studying business at university who was in the audience with his father and younger brother. Amos drew enough information from this small group of men to find out what they were studying, that they visited Africa for a safari and from there, they were ripe for the picking for the rest of the night that caused the audience to be hysterics. Not to mention a few masturbation jokes thrown in for good measures. 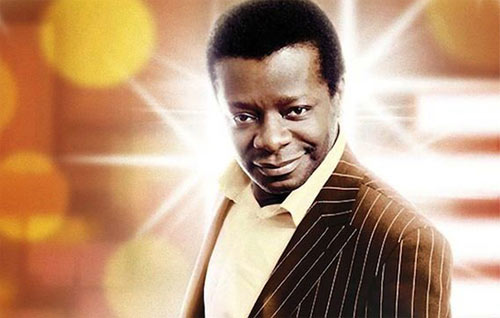 Amos is also a master for doing accents and whether that’s a Australian, Nigerian or someone from Liverpool accent, his wit and scenarios comes at the audience at 100 miles hour an hour. This is good and bad because the show goes so fast that you’re left wanting more. He even discusses his upbringing with rather large family and that he and his twin sister had a bet who could do the best posh accent and 30+ years later, he eloquently informs the audience that he is still playing the game as he slips back into his Nigerian accent. We even find out during this show that the contents of a joint is called the the devil’s lettuce thanks to Amos and the business student.

Another highlight of Welcome to My World is that Amos targets our Prime Minister Tony Abbot who made a real gaff of offering a knighthood to Prince Phillip and how he went one on one with Emirates Airlines when they lost his luggage and as a result he now always flies first class with them. Amos added that he even performed to the Collingwood Football club with the president, Eddie Maguire (his name sounds better said with a Nigerian accent) politely told the comedian not to say anything brash towards Emirates who sponsors the football club. Do you think he listened?

So as Amos bantered with the audience, recounting tales of his life and including current affairs, he ends the night on a very amusing story about the things that people fear with the number one fear being public speaking. However for Amos, his fear was defecating in public that lead to one of the biggest laughs for the night about him recounting the tale of when he was stuck on a highway with no toilet in sight. All in all, Welcome to My World was a brilliant night of comedy, laughs and audience interaction and even though there were a few slight pauses here and there, Amos is once again the utmost comedy professional who is a real gem for the Melbourne International Comedy Festival. 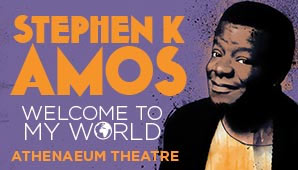