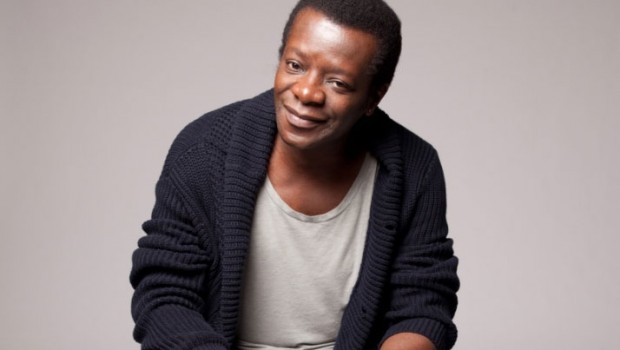 Stephen K Amos What Does the K Stand For Review

Summary: Stephen K Amos successfully knocks the comedy ball out of the park in What Does the K Stand For!

I have a secret, I know what the “K” stands for in Stephen K Amos and no, I’m not going to spoil it but depending on your humour, it might also stand for Krazy or Krass if you have spelling issues. But seriously, Stephen K Amos’ new show is fantastic as he takes the piss out of almost anything and anyone in this highly entertaining show as he touches upon his life, news and how Australian culture is not that far reserved from the North of England, especially when it comes to raffling off meat hampers!

Stephen also has a knack for doing accents and whether it was a Thai waitress mistaking him for Samuel L. Jackson during a drinking fest at a Resort or how he can perfectly mimic a Queensland taxi driver, this man is pure comedy. When Stephen noted to this driver how hot it was, he grunted back to him how do you handle thrush, you manage. He also has this very amusing knack at pronunciation such as the word bogan or as Stephen would say “bo-gain” that makes it sound like something David Attenborough would say or even better how he prounounces, Gulia Gillard… err… Julia Gillard.

Stephen also touches upon current affairs such as Australia “finding” the missing MH370 plane or when the world was in turmoil from the financial crisis, Australians were more outraged at the cost of bananas. Stephen even takes the mickey out of audience members that had the entire crowd in hysterics thanks to his clever impromptu abilities. Add in hard hitting topics like racism and homophobia and how multiculturalism is like a bag of Jelly Beans and that Australia would be the only country in the world to have lollies called Chico babies, it’s comedy gold. Stephen also does a wonderful impersonation of his parents and how he caught his father doing something he shouldn’t have and how thankful he was that his parents did not teach him sex education.

A couple of his gags did feel a little forced but where Stephen shines is how he interacts with the audience that when matched with his sharp wit, he successfully throws taboo out the political correct window which allows us all to laugh at not just ourselves but how crazy the world has become. Even when the odd joke falls flat, he just continues like a pro and either makes a joke at the expense of the audience for not getting it or makes a verbal note not to use that joke again.

Stephen K Amos successfully knocks the comedy ball out of the park in What Does the K Stand For!