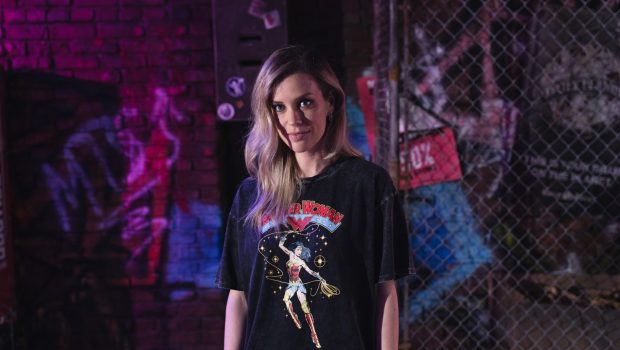 We catch-up with our very own superhero Hex (aka Stephanie Bendixsen) to discuss the DC FanDome virtual event that celebrates all things DC, including the largest gathering of talent and announcements from this multiverse plus the Australian and New Zealand After Party which is the perfect follow-up!

.
.
Welcome to Impulse Gamer Steph! So tell us how you become involved in the DC FanDome After Party event?

I’ve been involved in pop culture for a while and I did a series back in the day called “How to be  Fan with Hex” that celebrated all types of fandom, including cosplay. While I’m no means the biggest DC expert on the panel but like everyone else, I see every superhero film that comes out. I’ve also been drawn into the DC Universe like everyone else and it’s hard not to get caught up in the hype and the drama that these epic franchises bring.

DC and Warner Bros. have some epic films coming out such as The Batman (March 2022), Black Adam (July 2022) and Aquaman and the Lost Kingdom (December 2022). Is there one that you are gravitating to the most?

Everyone I speak to is so excited about The Batman which I guess is a favourite of the DC cast of heroes. However for me, I’m really looking forward to Black Adam because I don’t know much about the character and I love the idea that he’s an anti-hero who had a difficult path that informed the person he has become.

So many of the great stories that DC have done is about exploring the light and shade of the villains in the DC Universe that sets it apart which will make Black Adam more interesting of the two films for me. I’m just excited to see Dwayne Johnson as Black Adam because everyone knows him as this lovely person so I’m interested to see him in this role and get really gritty and dark with it.

Where do you think fan service fits into these films as lesser characters like Atom Smasher and Doctor Fate are also included in Black Adam?

I feel it’s difficult for new superhero franchises to walk that line of creating something really authentic and standing on its own as a film but also putting in plenty of fanservice for hardcore fans. I often feel that we stray in one direction but I understand that people love to spot little Easter Eggs or seeing that character that they were not expecting who has not been given much screen time previously.

Tell us a little about the After Party?

I’m really excited about the After Party as we’re involving some incredible artists who we will be talking to that will allow us to debrief everything that was live streamed from DC FanDome. It’s a great opportunity to catch-up on everything from the event, including getting an expert opinion from all the local talent. I’m feeling really lucky!

You’re also catching up with your fellow superhero and DC writer Tom Taylor!

Tom Taylor has been on news recently with his big news about Superman [Superman: Son of Kal El] and his sexuality which is amazing to see as a character and leading the charge that way. It’s awesome and I know Tom from the circuits and have hung out with a few times. It’s great that he’s aligned with DC. 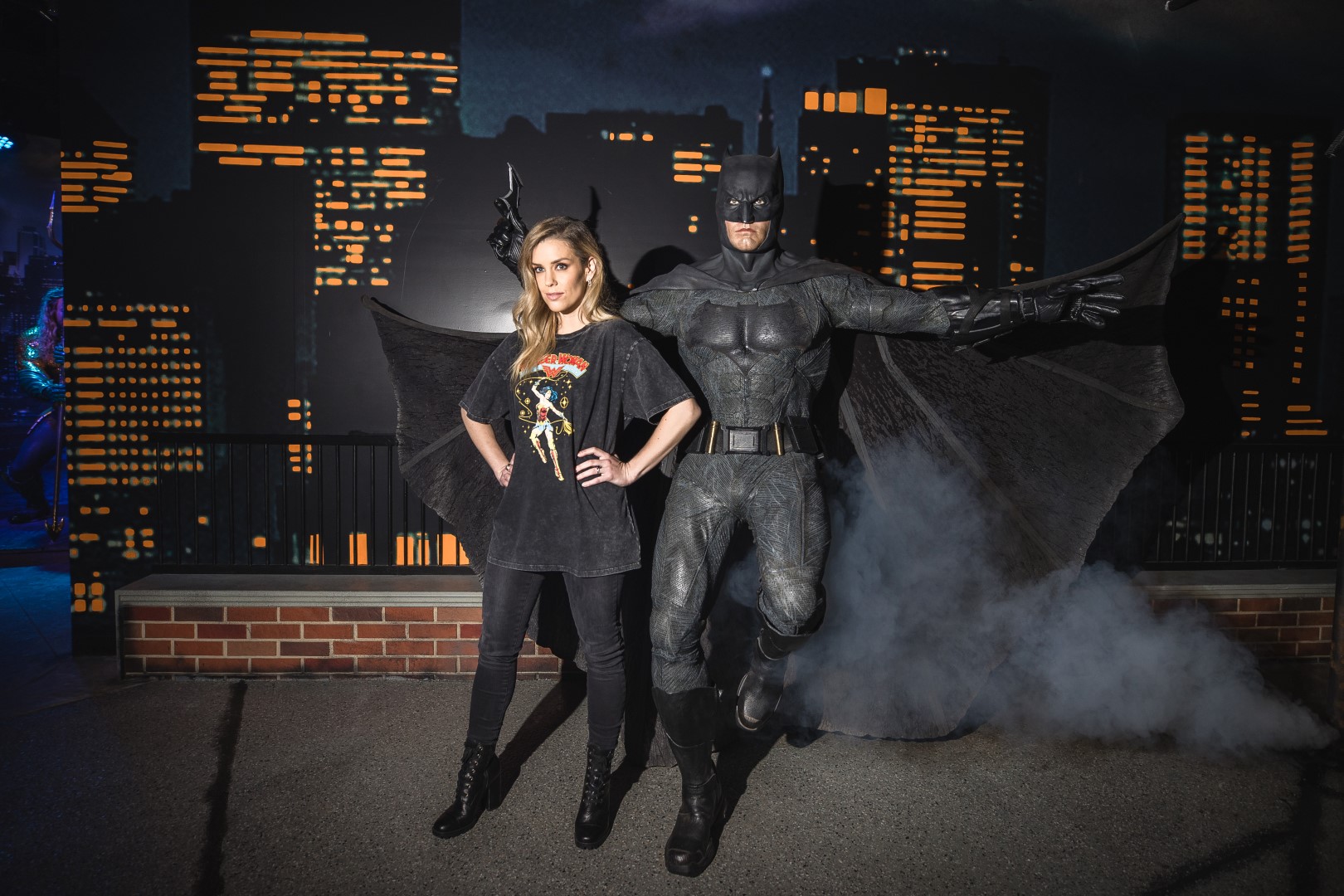 There’s also gaming news coming out of DC FanDome with Suicide Squad: Kill the Justice League and Batman: Gotham Knights, which game are you most looking forward to?

Honestly, they both look really cool and Gotham Knights has this old school kind of feel to it with that original Arkham vibe and I don’t believe I said old school. The Arkham games are still one of the best superhero gaming franchises out there.

The Suicide Squad: Kill the Justice League looks really wild and fun. Those characters are so loveable in the way they are so destructive, so I feel it will be fun to be those unpredictable characters with all those fights that seem larger than life opposed to Gotham Knights which will be more serious.

It’s a tough one because I can’t say which I’m more excited about it because I’m curious about Suicide Squad and nostalgic about what Gotham Knights will bring me. Sorry that’s a terrible answer (laugh).

Do you have a next-gen preference for these games?

We haven’t had loads of games on either system but I love the PS5 controller as it has a lot going on inside it that elevates the experience. It makes it different to playing it on the PC which is what I think they’re kind of fighting against at the moment because PC gaming is so huge.

Having haptic feedback on the PlayStation 5 DualSense controller with those really subtle feelings makes it a really cool experience. However Xbox is really leading the charge with its cloud service and game passes which is really amazing. 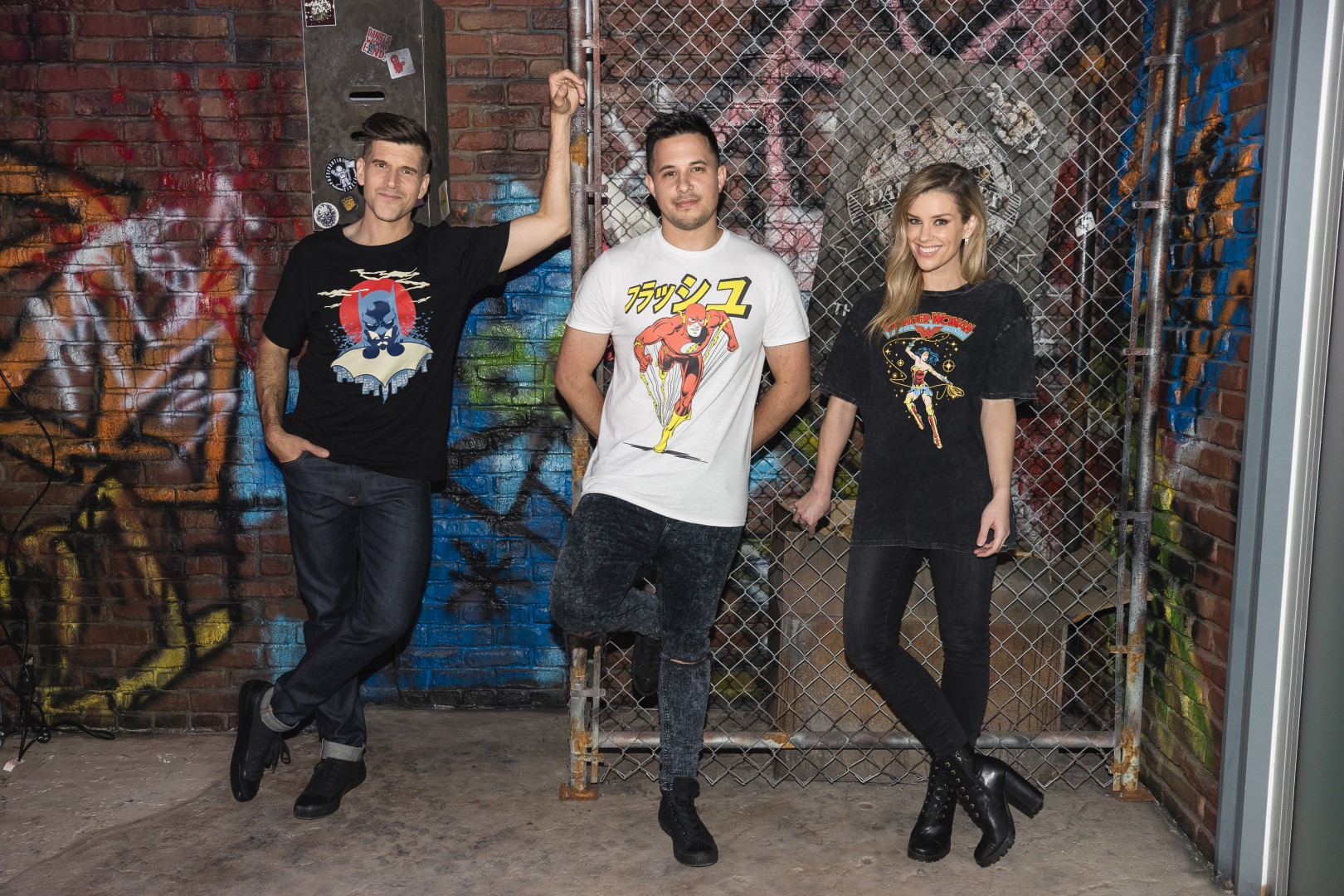 I think the whole opportunity for us is what everyone loves to do when they are celebrating a passion for something which is speculate, debrief, discuss and breakdown everything we just saw and get into the nitty gritty.

Jayden is the real expert out of the three of us, so I’m really looking forward to hearing his insights and Osher is such an incredible and enthusiastic guy who loves film and pop culture. His energy is really infectious and he’s such a pro and awesome to be around. Because it’s live, I feel a lot more comfortable knowing that he will be there steering the ship.

Will there be any audience participation?

I think there will be an opportunity to have people ask questions and have an open discussion. I don’t really know what’s going to come out of DC FanDome and I’m in the dark like everyone else.

You’ve mentioned local Australian talent at the After Party, what about international surprises?

Man, I have heard names thrown around and I wouldn’t feel comfortable saying any of them but I got very excited when I was in the make-up chair the other day (laugh)… so who knows and let’s hope! 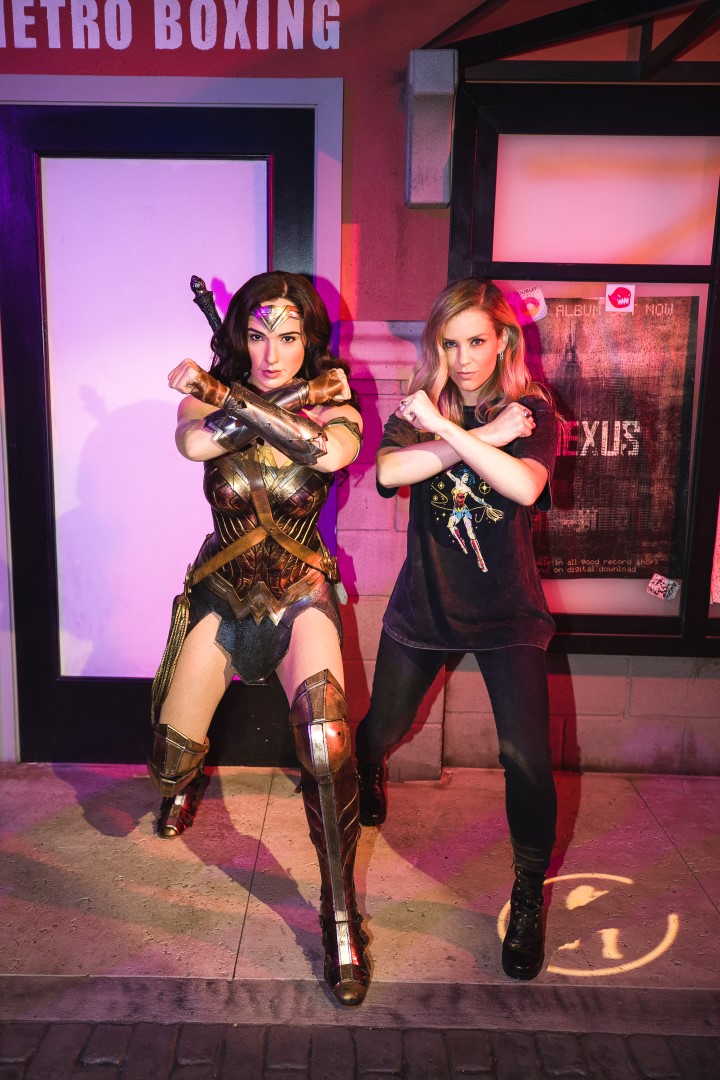 If you could cosplay one DC character, who would it be?

It would be Huntress and I loved Birds of Prey! Harley Quinn is a great gateway to other female heroes in the DC Universe and Birds of Prey and the Fantabulous Emancipation of One Harley Quinn was a great way to bridge that gap! Mary Winston Elizabeth done such a great job at portraying her in the little time she had in that film and I would love to do a take on Huntress if I was to cosplay a DC Character.

Lastly what are you most looking forward to at the DC FanDome After Party?

This will be the first thing that I’ve been part of since all of this [COVID-19] has been happening and I’m so excited to be in the same room with other people and geeking out and having an incredible time and not in my office as much as I love live streaming.

I’m just so excited to go out into the world and have large scale events happening again, even if they are online and that is the energy I’m craving. You know when you see those superhero films and get that energy from the crowd which is a different feeling to other movies and I feel like we’re going to get that with the After Party!

The live After Party is available for free on Sunday October 17, 2021 at 10am AEDT / 12pm NZDT at DCAfterPartyANZ.com. Or stream the 90-minute action packed event on YouTube, Facebook and Twitch.

Fans can share their excitement by using the hashtags: #DCFanDome and #DCFansDownUnder.