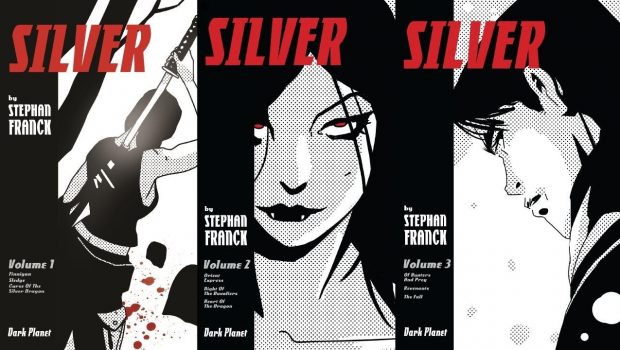 It’s been over 30 years since Professor Abraham Van Helsing visited Dracula’s castle. Now his descendent, the mysterious vampire hunter Rosalyn Van Helsing, is teaming up with a ragtag group of con men for a high stakes heist to rob Europe’s richest vampires. Welcome to the world of Stephan Franck’s SILVER, a globe-trotting graphic novel series that mashes up the world of Bram Stoker’s classic novel Dracula with action, adventure, humor, pulp storytelling and modern sensibilities. As Batman: The Long Halloween artist Tim Sale has said, “With SILVER, Stephan Franck shows how much excitement can be packed into a fast-moving, thrill-filled story… a really, really fun ride.” Having previously funded the first two volumes of SILVER via Kickstarter, Franck and his company Dark Planet Comics are launching a Kickstarter campaign to fund the third volume of SILVER and help bring the first two volumes to a wider audience. 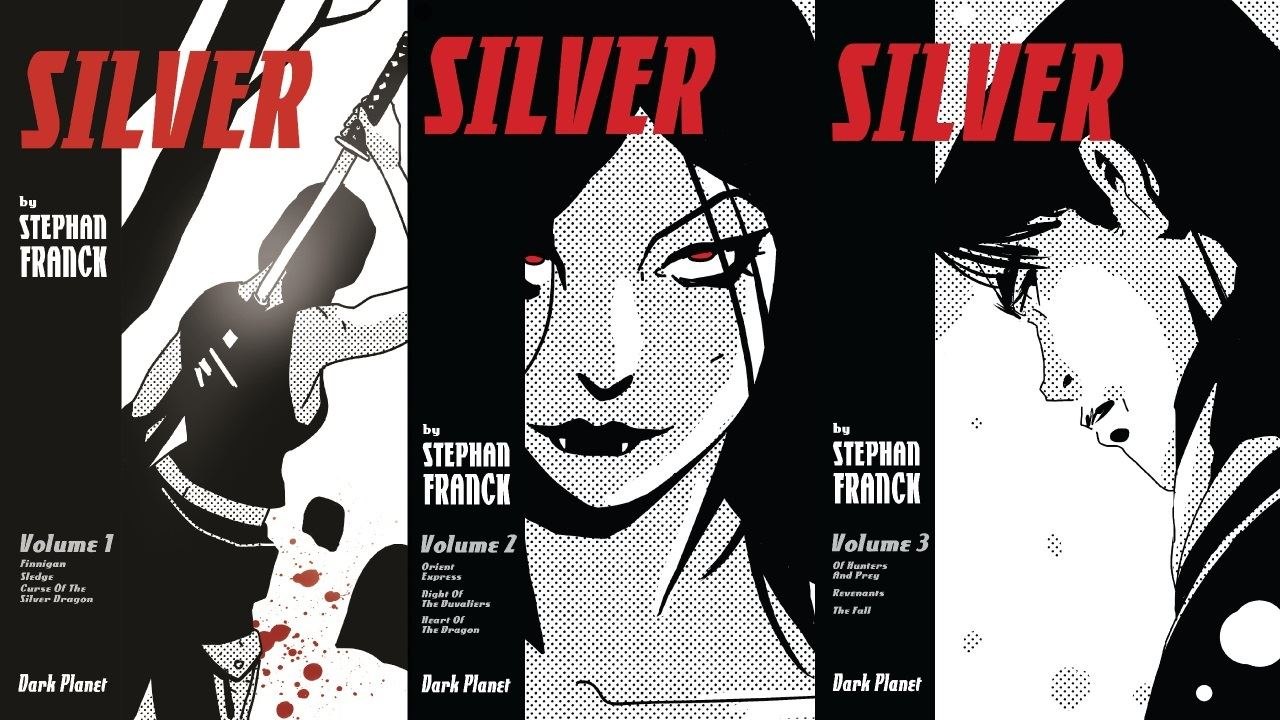 In SILVER, a group of cons discover the late Jonathan Harker’s secret ledger, which discloses the existence of an exotic treasure of silver hidden in Dracula’s castle. Finnigan, the group’s leader, may be ethically challenged, but he knows a retirement plan when he sees it. He’s willing to do whatever it takes to pull off the heist of the last ten centuries, even if it means allying with a beautiful, sword wielding vampire hunter…. who just happens to be a descendent of Van Helsing.

“I started Dark Planet Comics because I had to tell the story of SILVER and wanted to forge my own way, without having to answer to a corporate overlord,” said Stephan Franck. “Kickstarter has allowed me to connect with an audience, print the book, attend comic conventions and, most importantly, tell the story the way I wanted, with action, adventure, mystery, humor and plenty of vampires. I didn’t have to sell a publisher on doing a period story or justify my decision to do a black and white comic because I went straight to the audience.”

When he’s not writing and drawing comics, Franck is the Head of Story for the PLAYMOBIL Movie for Lionsgate. Previously, he worked as a supervising animator on the cult classic film THE IRON GIANT and as a key story contributor to DESPICABLE ME. Franck also co-created the award-winning animated TV Series CORNEIL & BERNIE (Nicktoons, Hub Network), and received an Annie Award nomination for Best Director in a TV Program, for the special SMURFS: THE LEGEND OF SMURFY HOLLOW, the first ever hand-drawn version of the beloved characters done at a feature-animation quality level.

Now Franck is back with more of the SILVER story, and in Volume Three the con is in full swing and James Finnigan’s uniquely talented band of grifters is deep undercover. But talent comes at a price. Secrets and agendas emerge, and characters are pushed past their breaking points. While Finnigan struggles to keep his team on track, thrilling action, suspense, and drama ensues in the most intense and gothic volume yet.

“SILVER is so big, bold, and juicy! I absolutely love this book!”—Bill Sienkiewicz (Elektra: Assassin)

“A beautifully drawn and masterfully told noir/heist story with a teasing side of the supernatural that constantly kept me surprised.”—Takeshi Miyazawa (Ms. Marvel)

“Franck knows his customers, what they expect, and he gives it to them in spades.”—AIN’T IT COOL NEWS

“A Hitchcock thriller. Vintage pulp. Grindhouse cinema. SILVER has all of the elements you crave and with a story that you’ll simply devour.”—David Gallaher (High Moon)

“Impressive. A Mignola-esque reshuffling of history with a fanciful legerdemain that keeps the story light on its toes.—Samuel Sattin (Legend)

“Exceptional…This fast moving, old-fashioned tale has the spirit of movies like Raiders of the Lost Ark and the 1999 version of The Mummy, but steeped in the Gothic atmosphere of Bram Stoker’s novel, Dracula… There may not be a better original vampire comic book in America than SILVER.”—COMIC BOOK BIN

If funded through Kickstarter, pledges will be delivered to backers this fall. The SILVER Volume 3 Kickstarter campaign (https://www.kickstarter.com/projects/devastatorpress/wet-hot-american-summer-fantasy-camp-roleplaying-g) is live as of July 10th and runs for 30 days. For updates, follow Dark Planet Comics on Twitter, Facebook, and Instagram.

“I love the world of animation,” said Franck. “But there’s something magical about the world of comics that I can’t resist. SILVER is a supernatural story, full of mystery, forgotten places and ancient secrets. I hope readers will continue with me on this journey.”

1931, New York City. Meet Finnigan, ethically challenged master-thief, and his partners in crime Mullins and Brantley, as they rob the mysterious Harker foundation. What was supposed to be their last job turns into a narrow escape from the FBI, and Finn loses the team’s retirement money. However, Finn discovers a mysterious ancient silver bar, and the late Jonathan Harker’s secret ledger, which discloses the existence of a fabulous treasure made of silver, hidden away in Dracula’s castle. Finn assembles a crew of talented but broken misfits to pull off the heist of the last ten centuries. On top of Mullins and Brantley, the team includes Rosalynd “Sledge” Van Helsing, who continues the family tradition, but has fallen on hard times, Hamilton Morley, a washed out burlesque actor/con man, Maitre Moineaux, an old forger who may not live long enough to see the job through, and Tao, a ten year old boy with the gift of second sight.

The team boards the Orient Express, which is filled with Vampires travelling to Dracula’s castle. Romantic tension builds between Finn and Sledge, but she may have an ulterior motive for being on the team. We also learn more about Finn’s broken past, as it quickly becomes clear that Tao needs a role-model in Finn…something that Finn is not equipped to provide. Nonetheless, the team succeeds in pulling off the first steps of the plan in spite of Hamilton having a panic attack at the worst possible time. The team reaches the castle, and we find a powerful, but broken Drac, who never got over the loss of Mina Harker. For years, Drac has been in a funk–caught between his morbid obsession for the Heart Of The Dragon (the missing silver bar stolen by Harker) and his feelings for Mina, which are still haunting him. To pacify his subjects and prove he’s moved on, Drac has agreed to take a bride. Lillian Duvalier, a cruel and ambitious vampire princess is scheming to become the one, adding even more intrigue and volatility to the situation. As volume 2 ends, Finn and crew have managed to infiltrate the court, passing themselves as vampires, and successfully baited Dracula with a chance to regain the coveted Heart Of The Dragon.

Silver Vol 3: The con is now in full swing and James Finnigan’s uniquely talented band of grifters is deep undercover. But talent comes at a price. Secrets and agendas emerge, and characters are pushed past their breaking points. While Finnigan struggles to keep his team on track, thrilling action, suspense, and drama ensues in the most intense and gothic volume yet.

Stephan Franck was a supervising animator on the cult classic THE IRON GIANT, a key story contributor to DESPICABLE ME. He co-created the award-winning animated TV Series CORNEIL & BERNIE (Nicktoons, Hub Network), and received an Annie Award nomination for Best Director in a TV Program, for the special SMURFS: THE LEGEND OF SMURFY HOLLOW, the first ever hand-drawn version of the beloved characters done at a feature-animation quality level. Stephan has worked for all the major feature animation studios as a supervising animator, story artist, writer and director, and has closely collaborated with talents as diverse as George Lucas and Adam Sandler. In addition to being attached to several features in development, Franck is currently Head of Story for the PLAYMOBIL movie for Lionsgate and lives in Los Angeles.

In 2013, Stephan reconnected with his lifelong passion for comics by creating the graphic novel series SILVER. Three years later, with two collected editions out, and a third one on the way, SILVER has connected with a very diverse and devoted fan-base, garnered glowing reviews from blogs big and small, nabbed a nomination for the prestigious Russ Manning Award at SDCC 2014, a 2015 Geekie Awards nomination for Best Graphic Novel, landed on ComiXology Submit’s ESSENTIAL READS list. 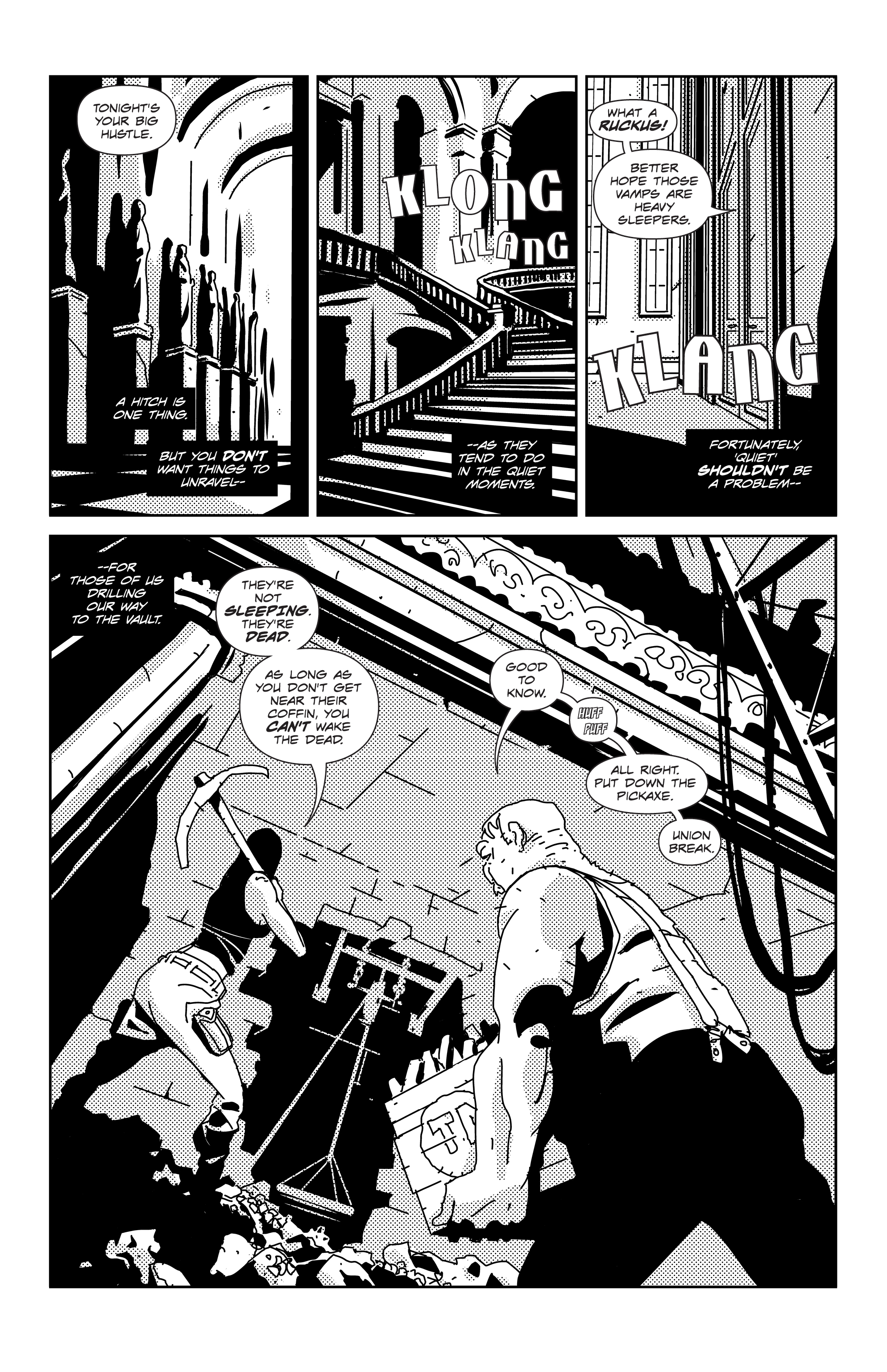 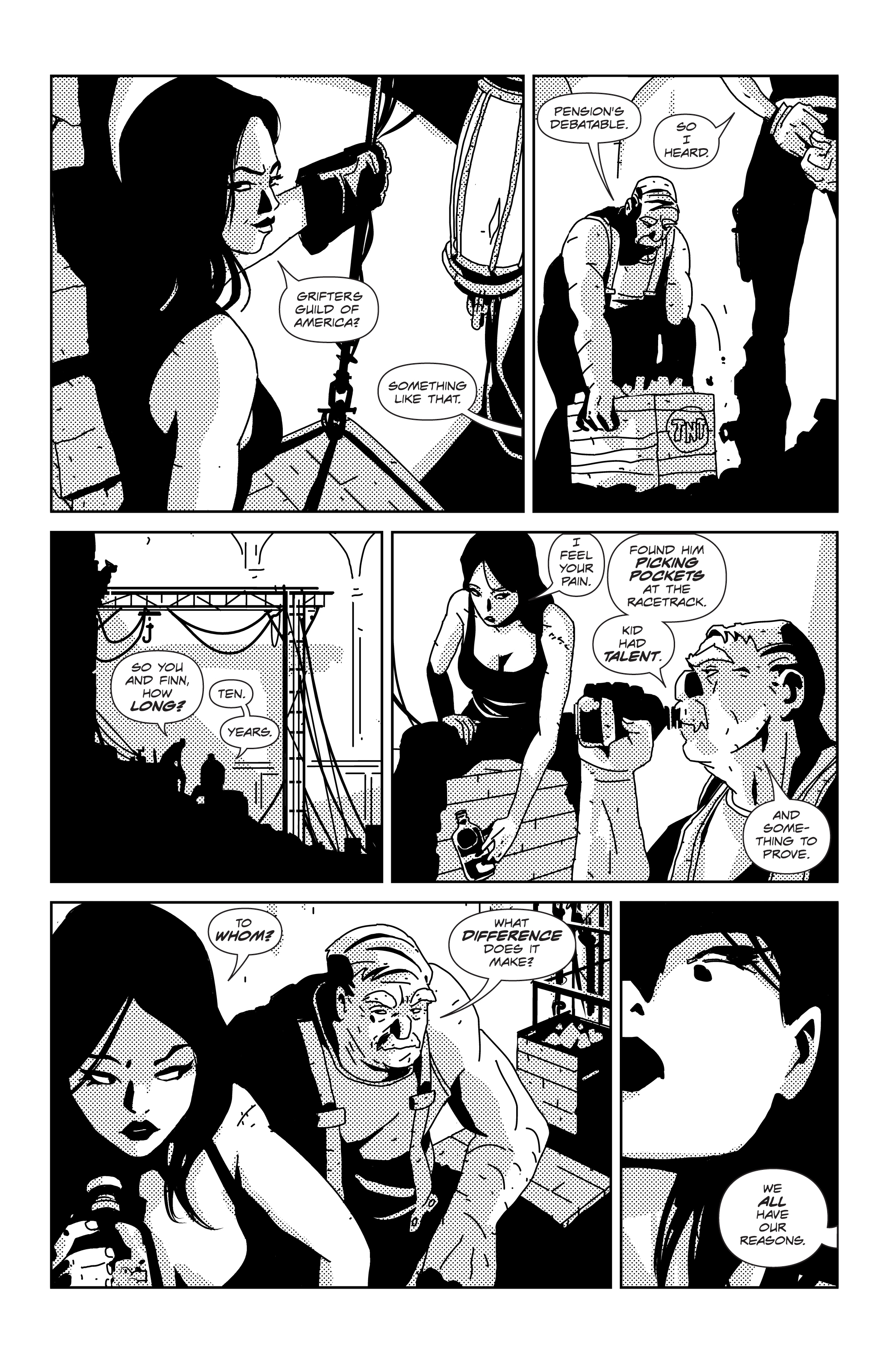 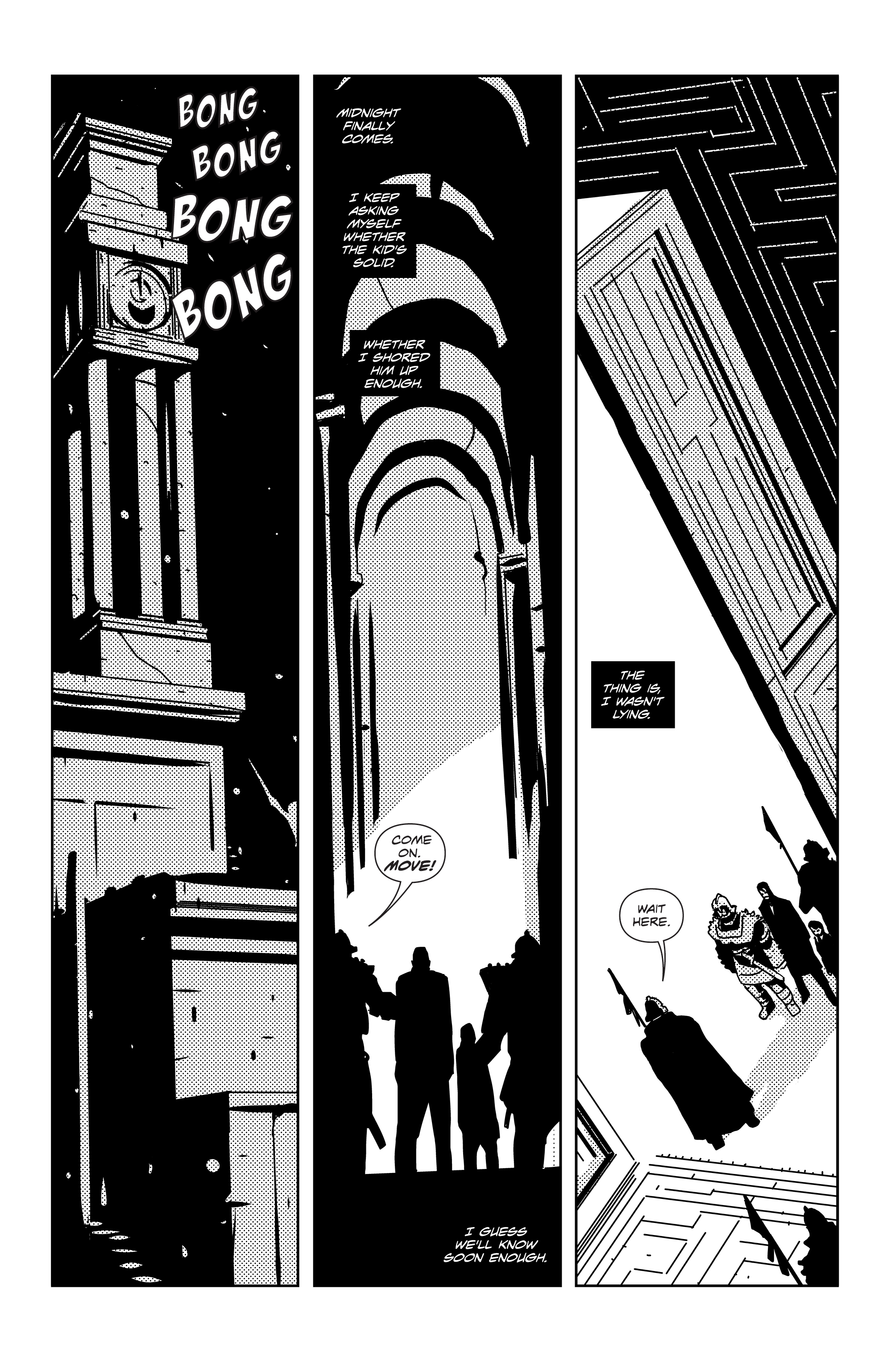 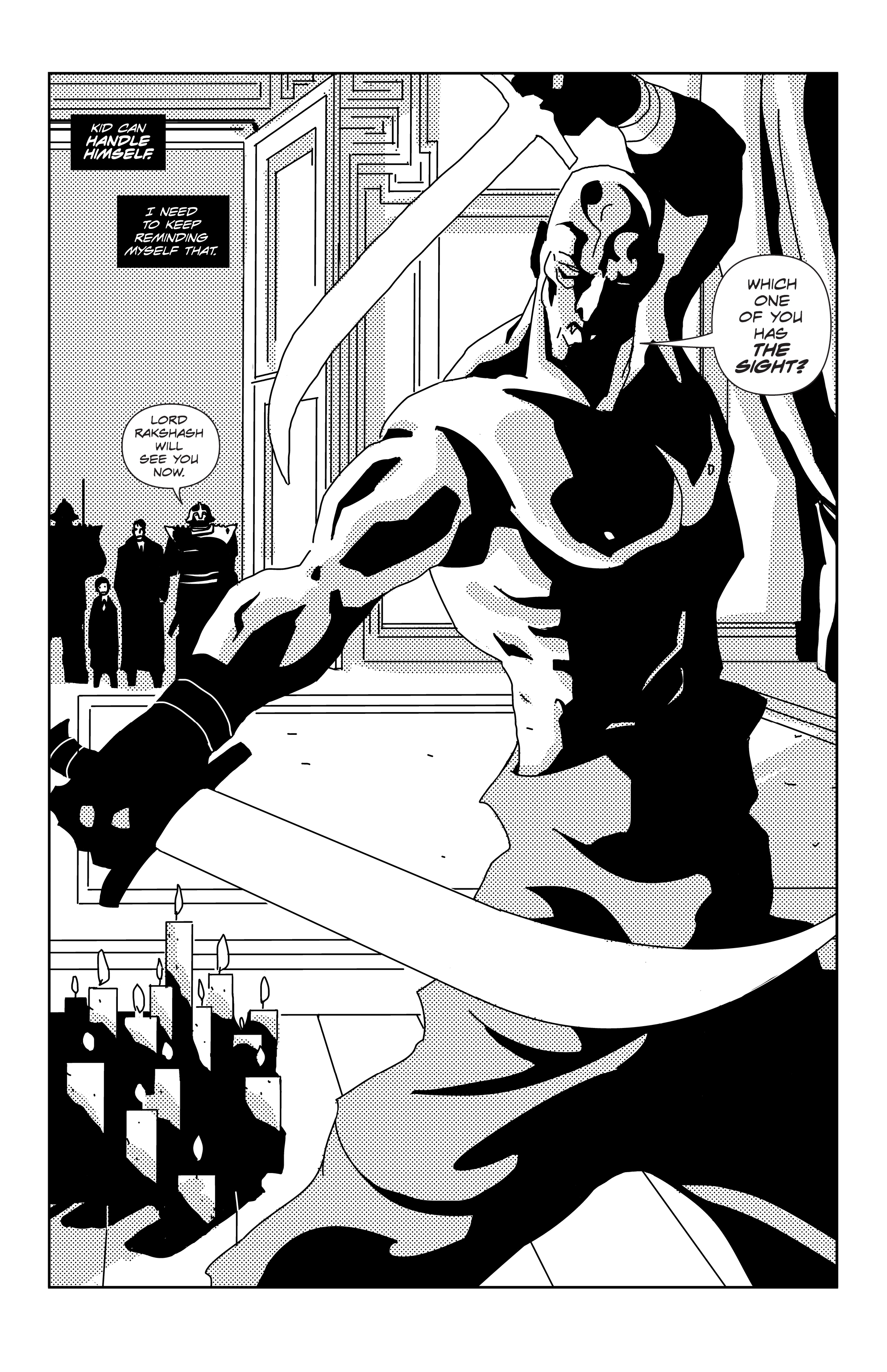 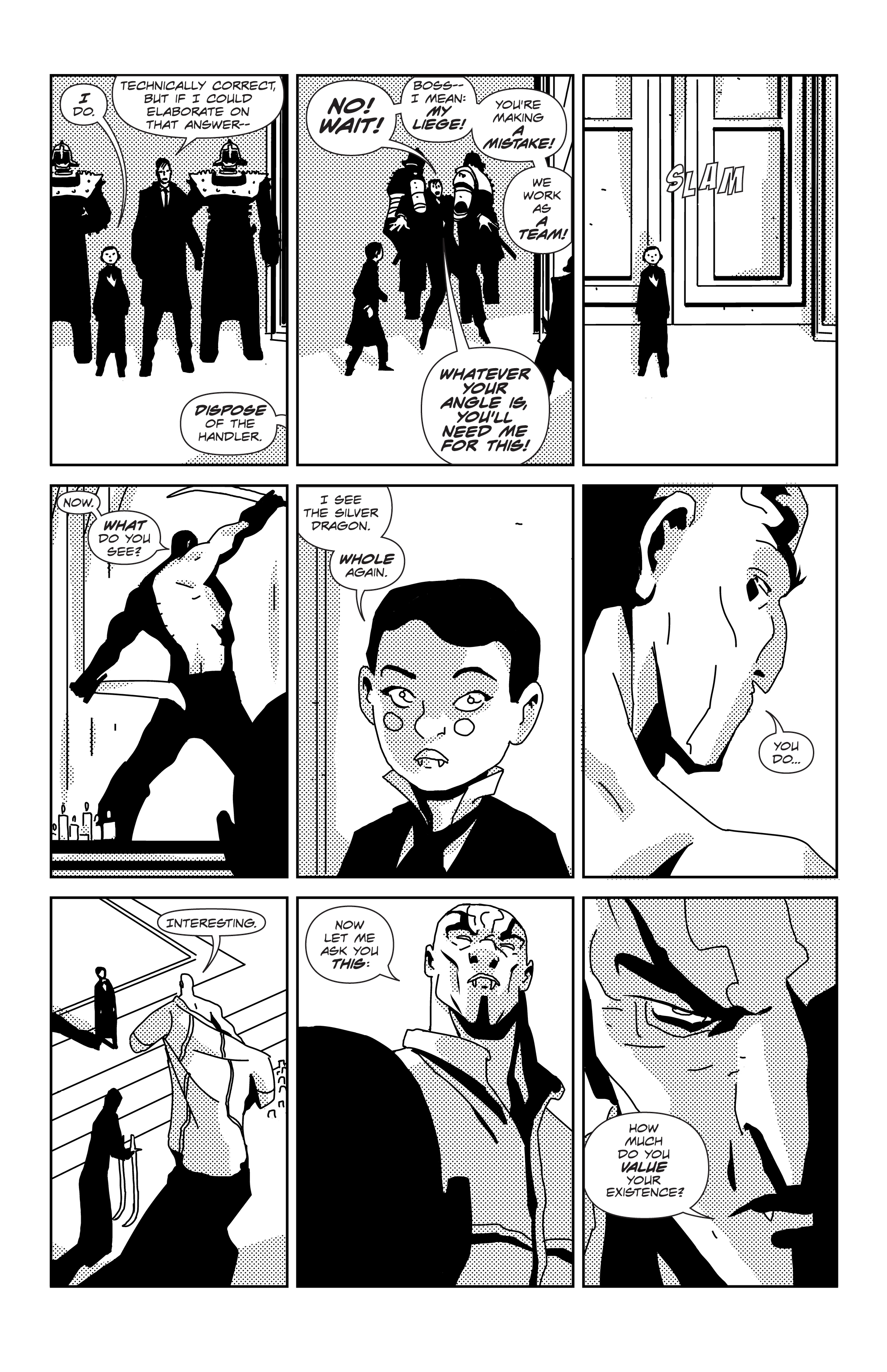