Step right up! The Elephants Are Back!

Tickets on Sale Monday 29 August Canberra & Melbourne at 9am

Tickets on Sale Wednesday 31 August Sydney at 10am

In a world premiere event, the producers of the biggest selling magi`c show in the world (The Illusionists) have teamed up with the award winning puppeteers of War Horse to present a thrilling turn of the century circus spectacular with all the thrill and daredevil entertainment one would expect from the circus, with an exciting new twist.

Boasting a huge cast of the most unique, amazing and dangerous acts from all four corners of the globe, from strong men to contortionists, acrobats to musicians, knife throwers, high wire and much more, CIRCUS 1903 –The Golden Age of Circus, promises to take audiences of all ages to the mesmerising golden age of circus.

Thanks to sensational puppetry on a never seen before scale, CIRCUS 1903 –The Golden Age of Circus puts Elephants back in the ring by introducing the largest ever performing African elephant and her baby to international stages. 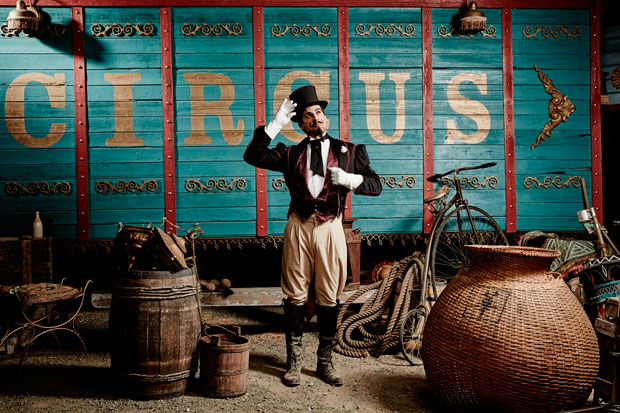 CIRCUS 1903 –The Golden Age of Circus brings together the very best traditional circus performers from all around the world. Acts will include – a cycle artist from Germany; juggling from France; rola bola from Russia; hand to hand acrobatics from the Ukraine; an high wire act from Mexico; and a knife thrower from Brazil

The award-winning team of puppeteers and model makers who created the National Theatre’s War Horse will design, build and bring to life two stunningly beautiful elephants for CIRCUS 1903 –The Golden Age of Circus. These puppets feature groundbreaking advances in design and expression – the giant mother and her calf will feature throughout the show as the mother teachers her baby to perform in the circus.

The producers, Simon Painter and Tim Lawson, have created Le Grand Cirque, Le Noir, Cirque Adrenaline and The Illusionists in over 250 cities from London to Sydney to Broadway, as well as presenting A Chorus Line, Chitty Chitty Bang Bang and Fiddler on the Roof through Australia. Following the world premiere season in Australia CIRCUS 1903 – The Golden Age of Circus transfers directly to Los Angeles and New York.

CIRCUS 1903 –The Golden Age of Circus is designed by scenic artist Todd Ivins and set in an extraordinary and decadent circus tent. Act 1 is set in front of the circus with trucks, props and rigging. Whilst Act 2 features the tent, flagpoles and rigging being raised into the roof of the theater.

The costumes for CIRCUS 1903 –The Golden Age of Circus are designed by Angela Aaron whose impeccable recreations of original turn of the century circus costumes are truly a work of art. These were inspired by authentic photographic collections, studying historical museum pieces and discussing with experts and historians.

No circus would be complete without its music and the soundtrack of CIRCUS 1903 –The Golden Age of Circus encapsulates the time period and accentuates the thrill and danger of the acts being composed by Evan Jolly, composer of many of Painter and Lawson’s international hits, and played by local musicians.

This is a truly captivating circus extravaganza that is perfect for audiences of all ages.

Tickets on Sale Monday 29 August Canberra & Melbourne at 9am

Tickets on Sale Wednesday 31 August Sydney at 10am

Transaction fee of $8.90applies per order