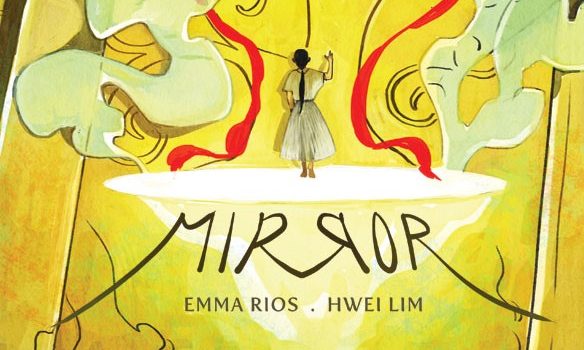 MIRROR #6 steps a half a century back from the events of the first arc. Fifty years before the human colony on Irzah took its first stumbling steps, in the utopian dreamlands of Synchronia, a young artist woke something—something that had long slept in ancient stone ruins.

“I like stories that hold a few secrets,” said Ríos. “I like the invisible thread that seems to weave through the fabric, because it encourages me to figure out why the characters evolved one way and not another. For better or worse, the late Irzah colony now expands into a whole system of planets called The Synchronia. Full of secrets and ghosts, this old new world aims to reveal perhaps too much…but hopefully not!”

“As Emma and I worked with our cast of characters, we ended up wanting to know more about them—how they came to be where they are, what personal demons they sought to escape,” said Lim. “Most of all, though, we ourselves really wanted to know the fate of all our heroes—Zun, Sena, Elena, and the others—and to see who would help and who would thwart them on their journey to find a new home.”

“MIRROR has the luminosity of stained glass.” —All-Comic

“MIRROR is the kind of book the breathes imagination into to the world. It’s beautiful and heart-wrenching, emotional and visually stunning.” —Comicosity

“Every single page of this comic is a true frame-it-and-stick-it-in-a-gallery work of art.” —Multiversity Comics 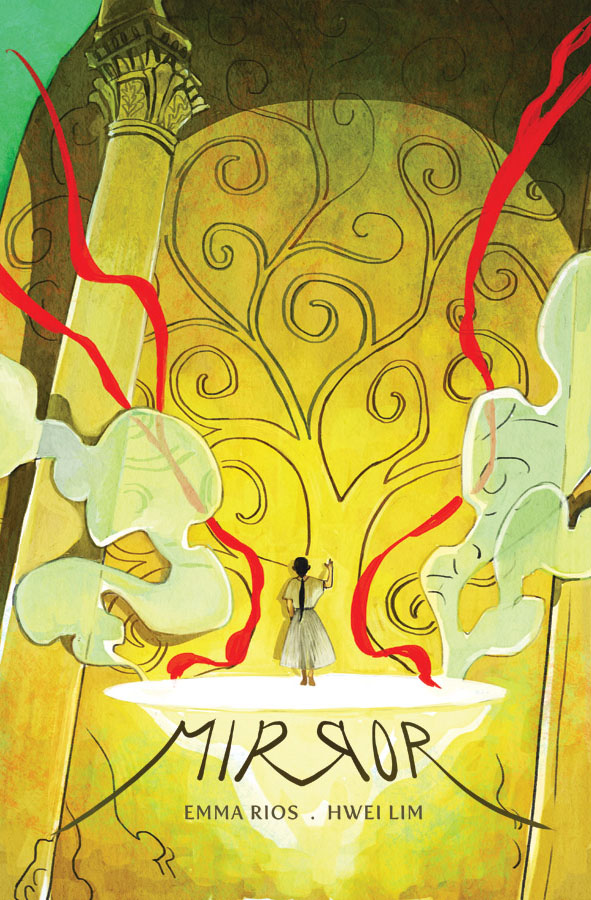