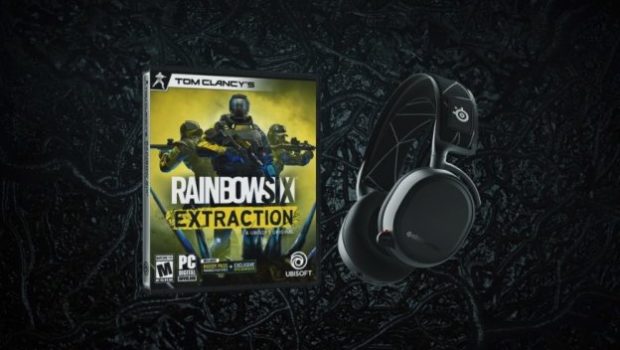 SteelSeries, the worldwide leader in gaming and esports peripherals, and Ubisoft®, the creator, publisher, and distributor of Tom Clancy’s video game series, announced a new collaboration for the launch of Tom Clancy’s Rainbow Six® Extraction.

Beginning today, gamers who purchase an award-winning SteelSeries Arctis 9 wireless gaming headset will receive a code to download the next mainline installment in the Rainbow Six franchise when it is released on January 20, 2022. The free game code represents a $40 value.

“Ubisoft is happy to partner with SteelSeries to provide players a distinct edge when trying to launch successful incursions in unpredictable containments zones as they face off against an alien threat,” said Rose-Marie Nargaud, Associate Director of Technological Partnerships at Ubisoft. “Indeed, players in Rainbow Six Extraction will need to observe, prepare, and act. No incursion is ever the same and they would soon discover that communication and environmental awareness are key.”

A high-performance, dual wireless + Bluetooth gaming headset for PC and PlayStation, the SteelSeries Arctis 9 is available at SteelSeries.com for $199.99. Key features include:

Tom Clancy’s Rainbow Six® Extraction is a tactical co-op PvE experience bringing operators together to fight against a mysterious threat. In Extraction, players will join the REACT Team and assemble a one to three-player squad of well-known and beloved operators from Rainbow Six Siege to confront an always evolving alien threat known as the Archæans. After completing each objective, players must make a difficult choice: extract and collect their rewards or push deeper to face tougher enemies and earn greater rewards in a chaotic and intense experience. This gamble could mean temporarily losing one of their operators who are caught Missing in Action (MIA) within the containment zone. To recover an MIA operator, players must squad up and risk it all again in a rescue mission. And because Rainbow Six Extraction is all about teaming up with your friends to defeat a common enemy, a Buddy Pass will be included with each edition of Rainbow Six Extraction! Each game owner will be able to invite two friends to play with them for 14 days.