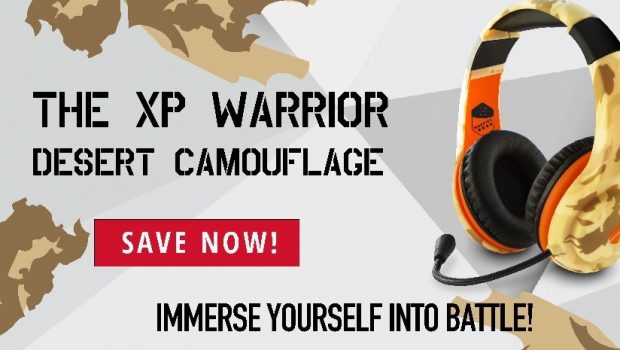 Summary: As long as you approach the device without any unrealistic expectations, such as expecting it to compare to the quality of a $300-$400 gaming headset, then you’ll be getting far more bang for your buck than most would expect considering the budget price point.

The Stealth XP Warrior headset may be a budget entry level device but don’t let that deter you from giving it serious consideration as your next gaming headset purchase; although most entry level headsets offset the cheap cost by providing an inferior audio experience, the Stealth XP Warrior somehow manages to provide a level of quality that is almost indistinguishable from that of products that cost almost twice as much. 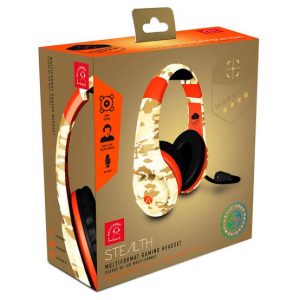 With a RRP of $69.95 but usually able to be find in most retailers at an even lower price point, the Stealth XP Warrior comes with a fetching Desert Camo finish and boasts a build quality that is surprisingly solid given its budget origins.

Able to be adjusted to fit all but the most Megamind-esque head sizes, they sit relatively comfortably although prolonged use may result in some discomfort due to the ear cups sitting upon the ears rather than covering them entirely.

I tested the headset on a PS4 Pro and found no discernible issues with either the clarity of the audio input or the output from the microphone; prior to using these I rocked a Turtle Beach headset and I found that the performance between the Stealth XP Warrior’s 40mm speakers and my old trusty pair to be pretty much on par.

Serious audiophiles may be able to identify slight differences in the experience provided but for your regular everyday consumer just looking for a competent and reasonably priced alternative, I’d wager that Stealth’s budget offering will more than satisfy your needs.

One thing I did find slightly odd, which may be due more to my relative inexperience when it comes to using Headsets, was that sound will only play through the left channel if the console is set to output only the chat audio; this is easily rectified once you change your settings to output all audio but sometimes you just want to have a chat with your buddies rather than also playing in-game audio through the headset and it was a bit of a shock to discover that this is only viable with the sound coming solely from the left speaker.

Again, this might be a common feature with headsets that I’m unfamiliar with, but my previous headset didn’t operate in the same fashion, so who knows? 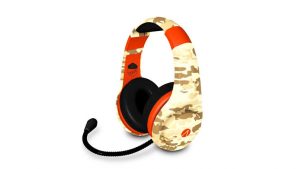 The Stealth XP Warrior is suited for basically any of your desired gaming platform of choice, meaning it’s compatible with all major consoles, PC and even mobile devices and tablets. Just slam the 3.5mm jack into any suitable port and you’re ready to go, which is a much more user friendly design than my previous pair, which entailed using one of the USB ports on the PS4 in order to work; this would effectively rob me of a spare port, which became a noticeable impediment once I tried to simultaneously charge my controller, use my VR headset and operate the headset.

Connecting the headset directly to the controller is a much more accommodating method and also has the added benefit of not physically tethering me to the console at all times. Just in case your device doesn’t offer up the requisite sized port, the Stealth XP Warrior also comes with an adaptor plug to alleviate any connection issues. 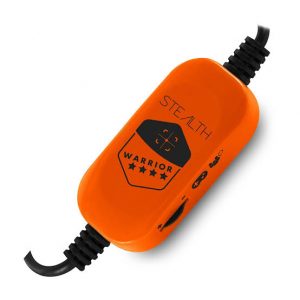 Ultimately, the Stealth XP Warrior headset is a sound investment for those wanting a solid headset to use for gaming without breaking the bank.

The ear cups weren’t exactly the most comfortable but this is a relatively minor gripe, and as long as you approach the device without any unrealistic expectations, such as expecting it to compare to the quality of a $300-$400 gaming headset, then you’ll be getting far more bang for your buck than most would expect considering the budget price point. 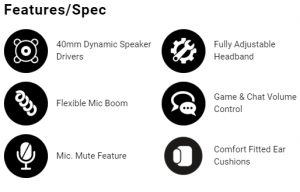