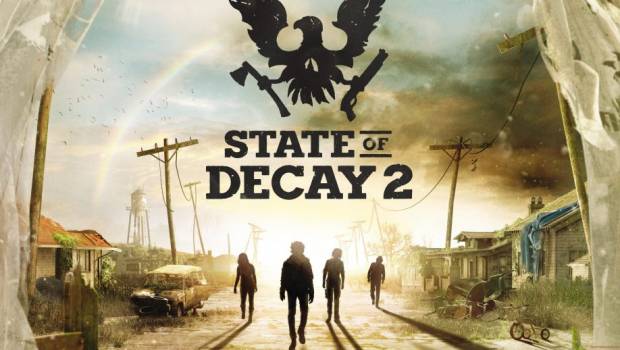 State of Decay 2 Xbox One and Windows 10 Review

Summary: State of Decay 2 is an immersive and mechanically interesting zombie-survival gameplay experience - whenever the bugs aren’t plaguing player progress.

Zombie games are a dime a dozen in 2018, but there was never a game quite like the original State of Decay. Mixing role-playing and strategy elements with an emphasis on survival and resource management, it doubled down on the looting, crafting and community management aspect of every undead apocalypse fantasy and nailed it to a tee, even if its clumsy execution, indie roots and small budget prevented it from executing its lofty co-op multiplayer aspirations.

State of Decay 2 still captures the core essence of that original genius and the lasting appeal of the post-apocalyptic zombie-survival power fantasy, with expanded base-building mechanics and fully implemented four-player co-operative gameplay to boot.

Yet even with five years and a slightly bigger budget, it feels more like a more remastered version of the original rather than a full-blown sequel, and it genuinely struggles to offer a gameplay experience significantly more compelling than its predecessor, even with the few new features it does introduce.

SoD 2 is played in third-person perspective and set in an open-world sandbox environment of rural Anywhere USA, where players fill the shoes of a randomly generated selection of characters who have survived the initial stages of the undead apocalypse. You select one of three maps to start up your base, which acts as a hub for characters to rest in when not under the player’s direct control. The goal is to build a self-sufficient community of survivors, banding together in resources and manpower to thrive amidst the collapse of society. 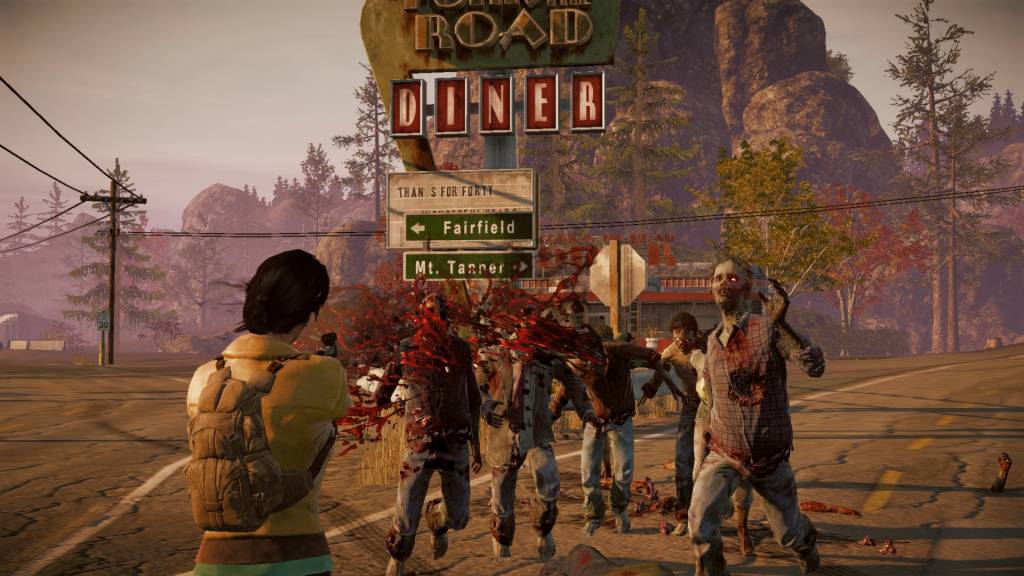 The core gameplay loop in SoD 2 consists of taking control of a survivor, scavenging useful supplies, killing zombies, returning to base to drop off resources, upgrading your base, and heading out again with a different character. In between standard exploration of the sandbox map, various missions become available, ranging from escorts to helping fellow survivor enclaves to personal requests from survivors in your community to further develop their story.

If you’re a returning fan, the addictive nature of formula won’t be lost on you. I was surprised at how much time I spent bashing zombie skulls and looting “just one more” house for that treasured new firearm or essential medical supplies to help cure my wounded survivors back home. The melee combat, gunplay and exploration mechanics also animate and execute a lot more smoothly than the janky low-budget origins of its predecessor, making moment-to-moment gameplay a lot more immersive and fun. With the introduction of plague zombies – blood red undead that are more aggressive and harder to kill – the threat and tension of being overwhelmed is also increased.

Sadly, the shallowness of the game’s base management systems quickly become apparent when you realise you still do everything substantial for the community (if playing solo, anyway) and you only receive the barest of acknowledgements. Sure, sometimes you’ll get a notification of a survivor randomly adding supplies to the pile or saying thanks for the snazzy new guard tower upgrade, but not much else.

The community feels like a bunch of strangers shambling around without agency or purpose – eerily similar to the undead they hunt. Just take a waltz around base and you’ll see a bunch of people just waiting around until you take control of them or ask them to tag along on a run. It’s hard, then, to care about individual characters outside of their fighting skills or beneficial traits you’ve developed while using them, especially when they contribute so little and say the same repeated generic dialogue. I firmly believe if we could customise character appearances and names similar to the squad systems in XCOM, the personal attachment players would form from that would significantly make up for the near complete lack of interesting personalities.

If you’re looking for a solid storyline here, you will also be sorely disappointed. There is a tutorial available for first-timers that offer two predefined characters with some shared background history, but beyond a forgettable opening mission in an overwhelmed military base, SoD 2 focuses on more personal stories that are generated throughout your playthrough, such as one character needing closure on a lost item or another character dealing with inter-community theft. There is some in-game radio chatter involving characters from the first game, including Lily and The Network announcer, but it’s sporadic and far less involved in the meat of the game then the original. Personally, I would have preferred more developer-crafted missions, as the randomly generated survivor goals weren’t nearly as compelling or personal as they’re intended to be. 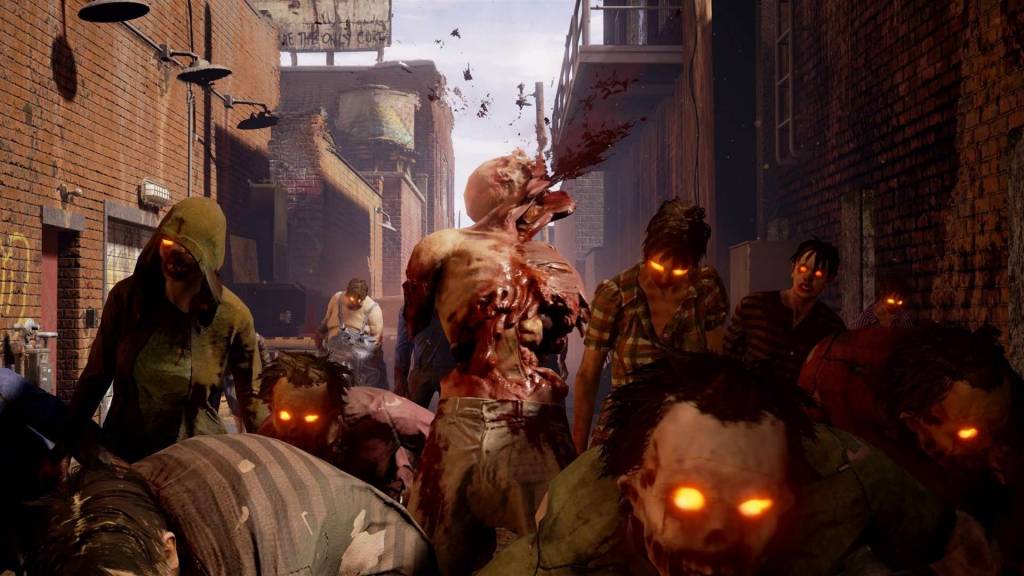 State of Decay 2 lacks the graphical bells and whistles of many other contemporary zombie survival video games and is far from a visual showcase title on Xbox One. Character models are dead-eyed and unappealing, many of the same area assets are frequently copied and pasted, and frame-rate hiccups and environmental texture pop-in occur on a frequent basis.

Windows 10 PC users can thankfully enjoy some advanced graphics options that upgrade the detail and enable a smoother 60 frames-per-second performance for the majority of the game with a mid-range or above hardware set-up. Undead Labs have also seemed to put in more effort with the keyboard and mouse controls to make them much more intuitive than the original game, and switching between KB+M and a gamepad on-the-fly is impressively seamless.

Despite the impressive depth of its gameplay systems and sandbox management mechanics, the technical side of the game is undoubtedly the game’s biggest downfall. State of Decay 2 contains far more frustrating bugs than it should at launch and whether it was the transition to Unreal Engine 3 or the developer’s lack of experience that prevented further fixes is unclear.

From invisible survivors to zombies spawning in mid-air to getting stuck in environmental objects while simply driving around the countryside, the frequent disruptions in normal gameplay is not ideal and the lack of polish disheartening. Most telling is the developer’s inclusion of an in-game radio command that allows players to teleport a short distance if they get physically stuck, which means they are well aware of persistent bugs and were somehow unable to fix them prior to launch.

State of Decay 2 is an immersive and mechanically interesting zombie-survival gameplay experience – whenever the bugs aren’t plaguing player progress. Its involved community-management systems and sandbox environments are rare to find in other contemporary titles and its authentic simulation of the undead apocalypse means it’s not difficult to see the game capturing a similar cult following like its predecessor.

To say it has generally improved upon the first game in most elements is uncontroversial, but it is not an ambitious sequel. Despite its heavy push as one of Xbox’s premier exclusive titles in 2018, its severe lack of technical polish, tethering limitations during cooperative play and lack of variety in environmental assets diminishes the gameplay experience significantly.

However, if you’re content with a pure zombie survival sandbox experience with minimal story and can get past the bugs, you most likely will enjoy SoD 2 regardless.