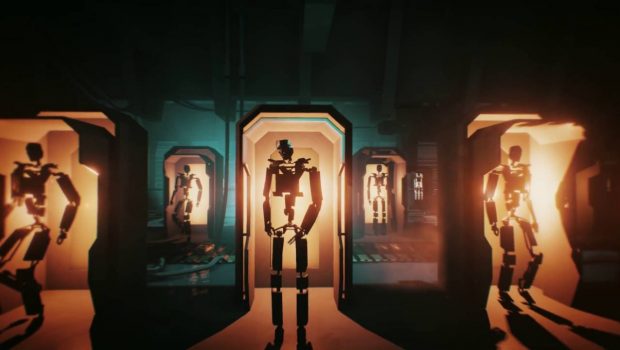 State of Mind: Announcement of the 3D Dystopian Adventure

In this futuristic thriller a dystopian reality and a utopian virtual future stand in stark contrast to each other. In these two realities, players not only take on the role of several playable characters, but also face an existentialist drama unfolding as humanity is on the verge of post-materialism.

State of Mind is scheduled for release in Q1 2017 for PC, Mac, Linux, PlayStation®4 and Xbox One

About State of Mind:

Berlin, 2048: Resources are scarce, overpopulation, war, advanced digitizing and government surveilance, as well as robotics and cyber technology seem to be the herald of global catastrophe. In the wake of all this, humanoid robots claim human rights, while the military and futurists try to create artificial life.

In this dystopian world Richard Nolan, a father and journalist, tries to survive with his family. The industry’s solution to all of humanity’s problems, though, seems to be a new virtual world. Through mind transfer, people live their lives in a peaceful place called CITY 5.

But during Richard’s upload, something goes wrong: he now exists in both places, the real world Berlin and as a second, incomplete version in virtual space. Now he tries everything to reunite with his virtual self and his family, but he soon realizes that his search for salvation affects not only him, but the future of all humanity.