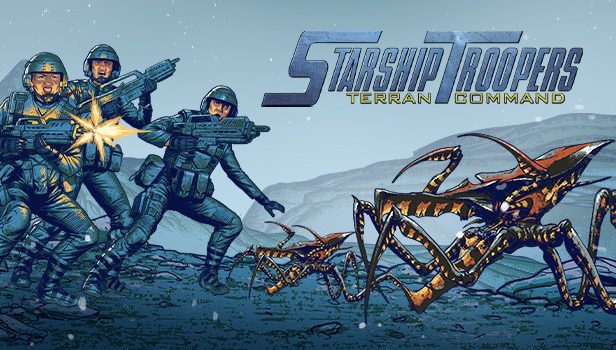 Summary: Starship Troopers - Terran Command Terran Command is impressively faithful to its classic '90s sci-fi source material and a solid space adventure in its own right.

For all its B-movie qualities, Starship Troopers remains one of the best examples of ’90s sci-fi done right. Part satire, part balls-to-the-wall bloody action, it’s a shame that director Paul Verhoeven’s gruesome bug war only managed a sliver of the praise it deserved. Now, something of a forgotten cult icon, it feels a little odd to be talking about new Starship Troopers media some 25 years after the movie’s release, but Terran Command makes me so glad I am. Do you want to know more?

Opening with a tutorial mission set around the infamous Battle of Kwalasha, Terran Command feels like Starship Troopers through and through – even if you’re doing your bit from the command deck. In typical RTS fashion, winning battles relies on your ability to micromanage your soldiers across the battlefield, sending your armies into battle against endless waves of bugs. The campaign is light on an overarching storyline, but there’s plenty of variation (and enough Starship Trooper-isms) throughout to make it engaging through to the end. Honestly, it’s an absolute treat to listen to your commander’s lack of moral fibre regarding their soldier’s welfare as you send waves of infantry to their inevitable doom in true Starship Troopers style. 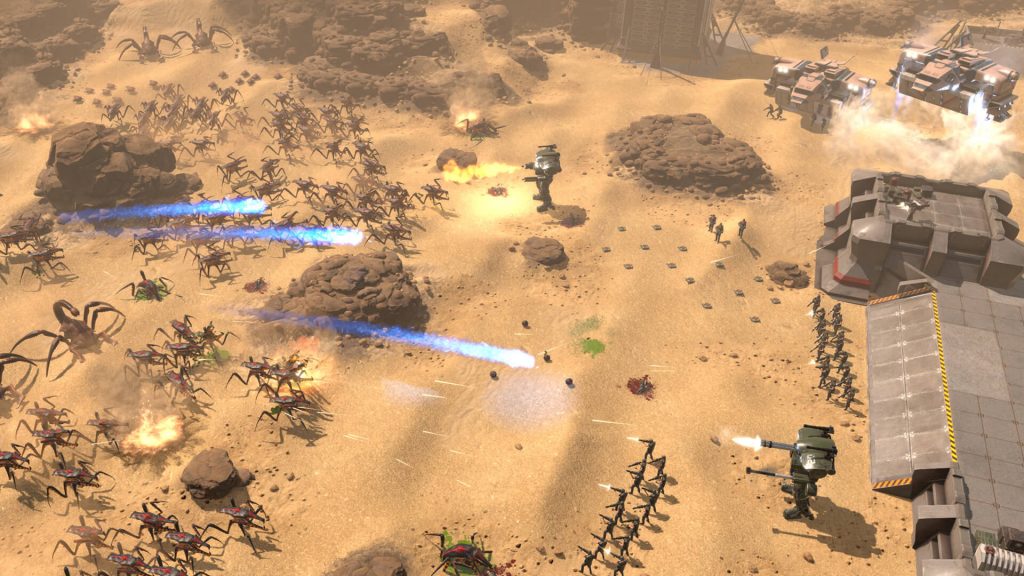 Luckily, your soldiers aren’t totally helpless, and there are ample squad types – with their assorted weapons and special abilities – to help hold back the hordes of bugs that constantly litter the screen. While the backbone of your force will require plenty of rifle-clad infantry, a successful bug-hunt also needs the likes of Snipers and flamethrower-wielding Combat Engineers to really deliver the pain to the Arachnids. There are also several troop types that are less combat-led but equally as important, like Radio Operators who can create temporary drop zones and Tactical Officers who can buff the abilities of friendlies.

Also adding to troop diversity is the ability to upgrade each unit. Once a squad has dominated a sufficient number of enemies, they can receive secondary abilities like grenades and powerful air support that can help turn the tide of the war. While these abilities aren’t always the quickest to activate – grenades, in particular, can be a little clunky to use – they quickly become vital in your army’s arsenal.

But powerful weapons are nothing without good leadership and planning, and that’s where Terran Command really shines. While base-building and resource management aren’t as important here as it is in like-for-like RTS’, troop management and positioning are. I had great fun moving my squads to choke points and holding enemies back, and using high ground to my advantage genuinely felt like it made a difference. It was super satisfying to position a squad of rocket troops above a bug-filled mine, for example, only to watch the arachnids run directly into my carefully laid trap once the fireworks started. 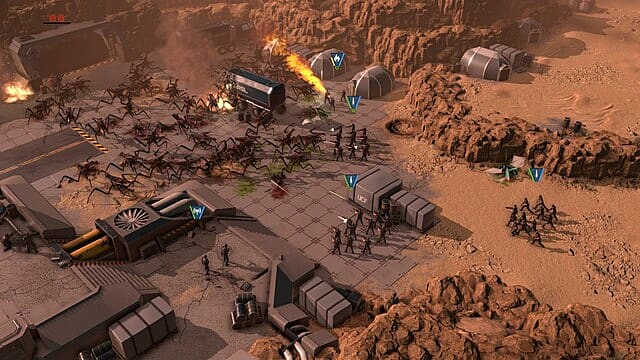 The bugs, however, aren’t without their tricks, even if it takes a while for them to show their hand. While theirs plenty of enemy variety – some familiar to Starship Trooper fans and some created for Terran Command – for the first portion of the game, it does feel like enemies are overwhelmingly easy to take down. Bugs often fill the screen only to find themselves quickly eradicated by a handful of infantry troops.

It’s not necessarily a fault of the bugs, however, as the game’s simplicity is a problem mostly tied to level design that plays out in favour of Terran Command and a couple of system quirks. Resource management can be confusing and leans toward repairing units rather than employing new ones, but repairing injured troops can be completed almost instantly from a friendly base, meaning troops are never in short supply. It makes many fights feel risk-free, as as soon as your units begin to feel the heat of the battle, you can pull them out, get them back to top condition and put them immediately back on the front line. The second half of the campaign does make strides to mixing things up, however, and as soon as levels employ more interesting and diverse tasks, it turns the difficulty up a thrilling notch. Regardless, fighting endless arachnids is still a joy, but Terran Command’s biggest flaw is its lack of content. There’s only the single-player campaign here, and while spanning ten or so hours, it feels like there are plenty of overlooked features that could have made this the definitive Starship Troopers experience. For starters (and perhaps the most bizarre of all omissions), there’s a complete lack of multiplayer. It’s likely because the most obvious way to include multiplayer would be to include playable arachnids – another missing feature of the game – but I’d have taken an online Terran VS Terran mode over no multiplayer at all. Speaking of arachnids, with our bug overlords featuring a massively diverse cast of horrifying critters throughout the campaign, the lack of an option to play as them feels like a huge missed opportunity. Even a selection of scripted missions, where you can lead swarms of bugs against hopeless armies of space marines, would have felt like a delicious treat. It is, however, a genuine treat of a campaign, and despite clearing it in a weekend, I found myself returning again and again to tick off some of those tricky side quests I failed to complete the first time around. 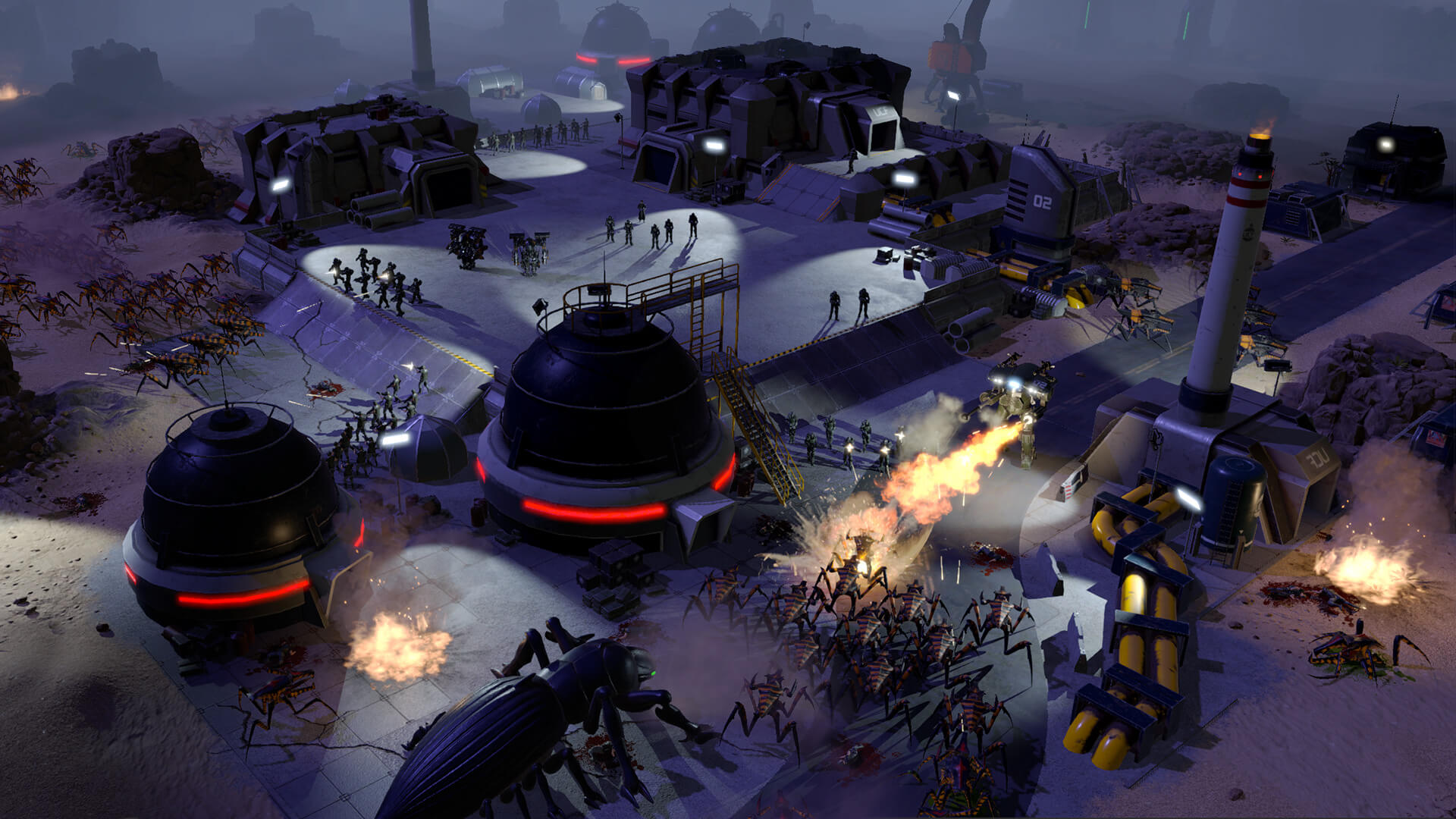 But while a little thin on the ground where content is concerned, Terran Command’s taste of space war is at least an (almost) entirely solid experience. It looks the part, with each map providing moody and mostly unique arenas to fight across, like underground mines and dusty sand dunes with plenty of hills and bunkers around for tactical planning. There’s some great animations too, particularly from the bugs, and there’s something really satisfying about watching swarms of space spiders quite literally clamber over your defences to make snacks of your army. Occasionally, the AI comes across a little lousy – your soldiers can often walk right into the enemies line of fire without so much of a flinch – but it’s overall a relatively smooth experience with very chinks in its armour.

Terran Command is impressively faithful to its classic ’90s sci-fi source material and a solid space adventure in its own right. With surprisingly deep foundations and very few slipups, it’s one of the best RTS experiences in recent memory – it’s just a shame there isn’t much to it.