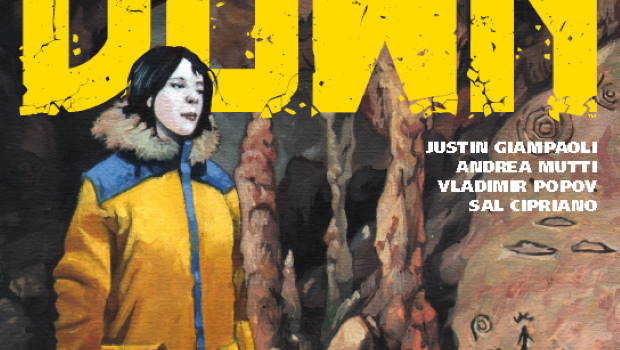 Summary: Feeling like a heavily influenced modern take on The Thing, Starship down takes us a somewhat different direction and opens up for some compelling story telling.

A cultural anthropologist, Dr Young is brought in to consult with US Naval Intelligence investigating an extraterrestrial ship discovered deep in Siberian Ice. With the Russians and even the Vatican sticking their noses in and the ever present media she will have a hard time tackling this unprecedented situation.

I feel a bit mixed about this story. On the one hand there are some definite The Thing vibes going on, space craft in ice, international rivalries and tensions mounting. For some reason we have the Vatican thrown in the mix giving the oft used (and never logical) “if you believed… you wouldn’t need proof” doctrine. The question might be raised of why bring a cultural anthropologist in to investigate an extra terrestrial vessel?

But… it’s still a bit of a fun ride and I wish there were more science fiction stories out there so I’m more inclined to give it a chance. There are some decent elements of writing here, terminology is peppered throughout to give it a touch of authenticity (though is often vague enough to not instantly get the experts yelling “that’s not how it works”… which they probably will anyway). The most compelling part of the story is arguably how it ends… if ever there was a way to entice a reader to buy the next episode… this is certainly a good example.

The artwork here is nice and neat! That’s something I think is often under appreciated. It’s very easy to want to jam as much as possible into a panel and make things full of detail but it’s a talented artist who knows just how much to put in each scene and just how much detail to add authenticity without being too distracting. Andrea Mutti has done a great job here keeping the pace of the story going on by giving us visuals that are enjoyable but not bogged down with so much that we spend a lot of time trying to decipher what’s going on.

I’m intrigued enough to want to know where this is going. There are some well used tropes but there’s also a compelling spin to it all that makes it seem fresh enough to draw me in. I’d recommend it for science fiction fans.

On a personal note I would like to say I am not at all a fan of just how many “previews” are jammed into these comics, it ends up feeling like an ad with some story attached, I don’t mind a page or two (preferably at the end) with a title or two that I may also be interested in… but this just feels like someone had a random collection of flyers they needed to get rid of and just jammed them in there… but maybe I’m just a cranky old guy?