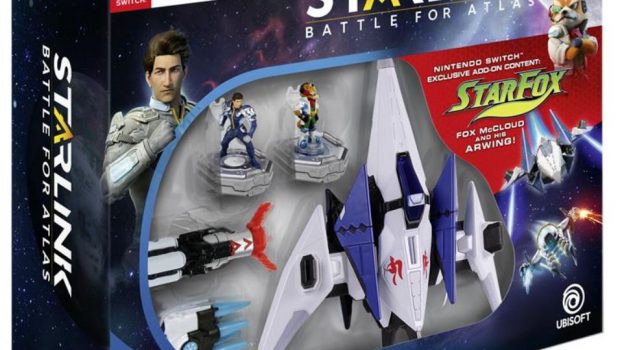 Summary: Starlink: Battle for Atlas is the BEST Starfox game ever!

Star Fox (aka Fox McCloud) is back from the gaming wilderness and thankfully he and his trusty team return in spectacular fashion on the Nintendo Switch, particularly from its toy to life philosophy which is very cool in Starlink: Battle for Atlas! Remember the amazing figures from Disney’s Infinity game series?

Ubisoft have done something a little similar but this is far superior in my opinion as you can connect space crafts to your controllers and thanks to its modular design (like LEGO), add additional weaponry, accessories and even characters into these spaceships for some great interactivity. Pretty cool hey? 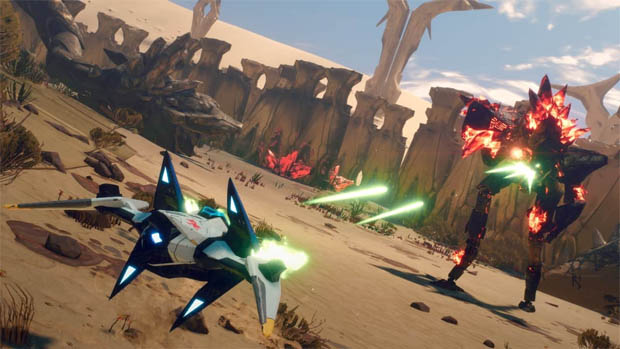 As its core, Starlink: Battle for Atlas is a third-person action shooter that has you flying in both space and on other planets in order to complete your challenging mission and side quests. As you play, you are awarded XP and money in order to upgrade your ship(s) as you progress. Even though it can be a grind at times, it is an enjoyable one due to the varied missions and planets that you visit which makes the experience an addictive one, including the fun characters that you encounter as well.

So let’s talk about the interactive modular toys for a minute… the toys that are available for this game are really impressive and the creators have really gone out of the way with the attention to detail. Check out our photos below which highlight the quality of these toys to life. 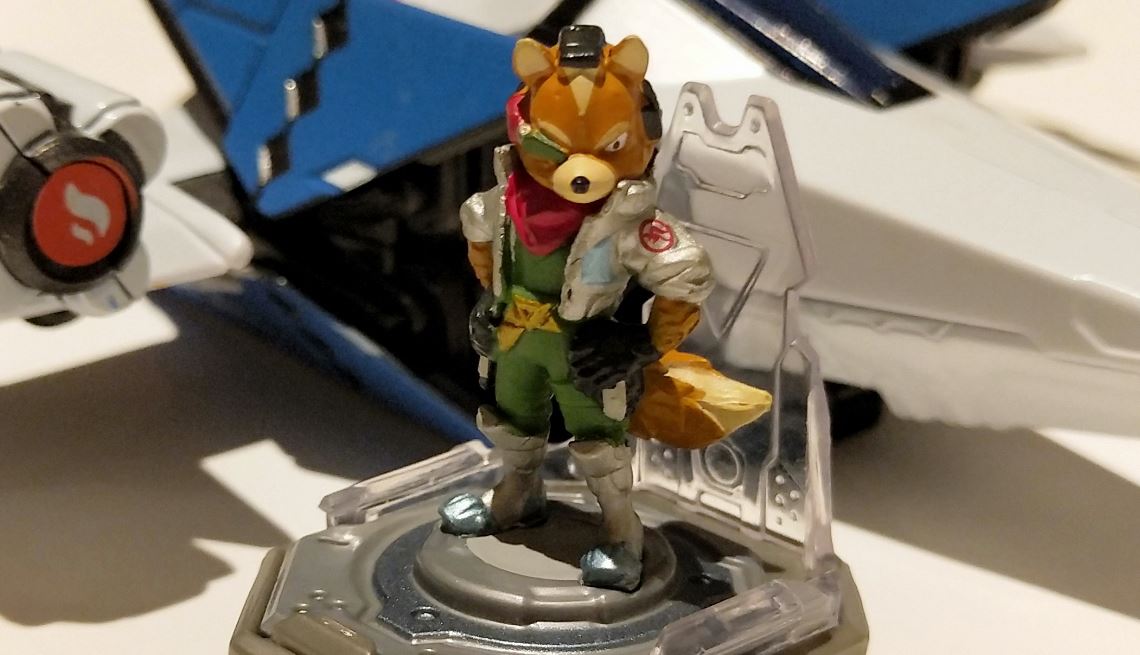 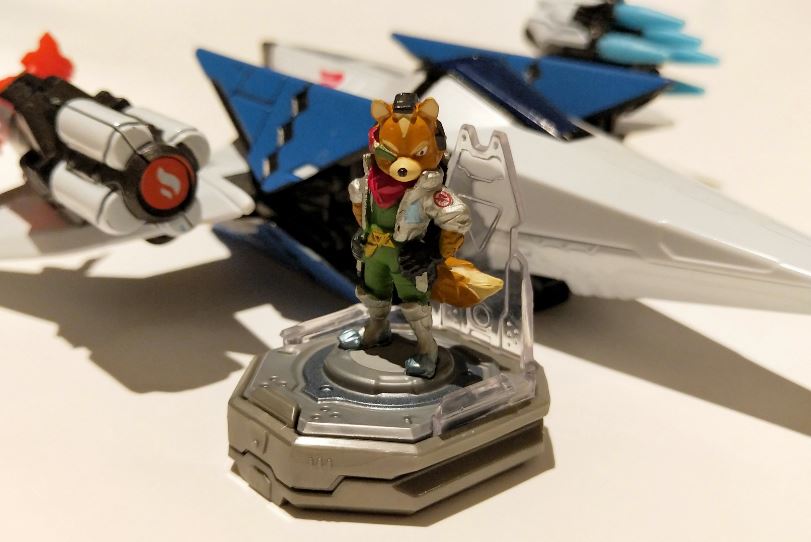 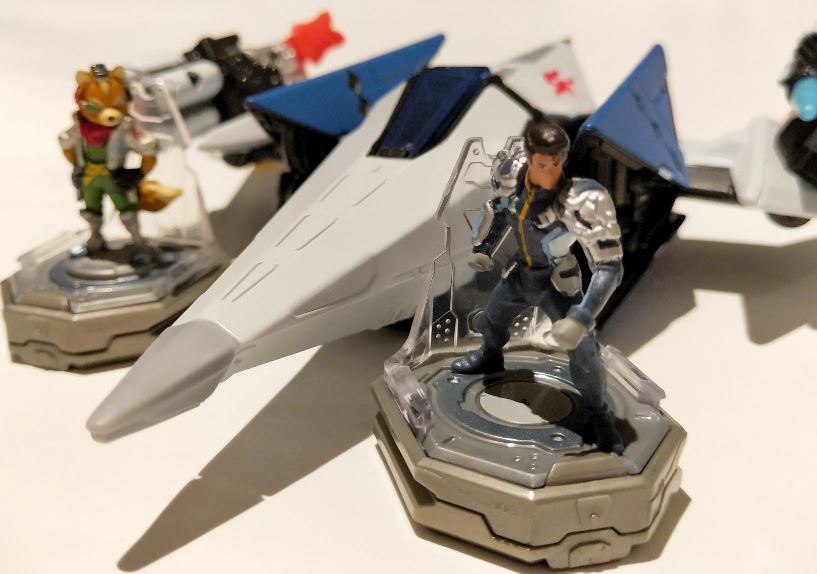 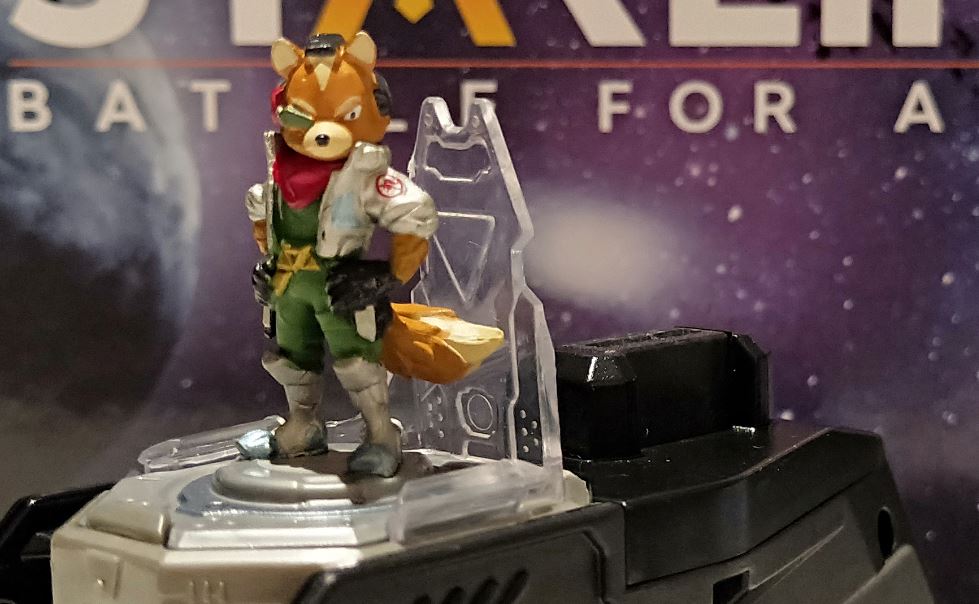 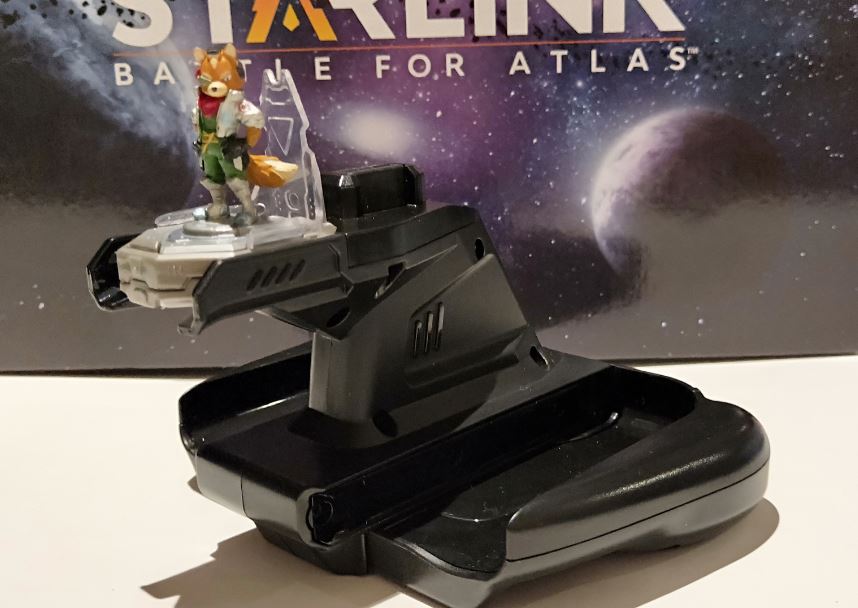 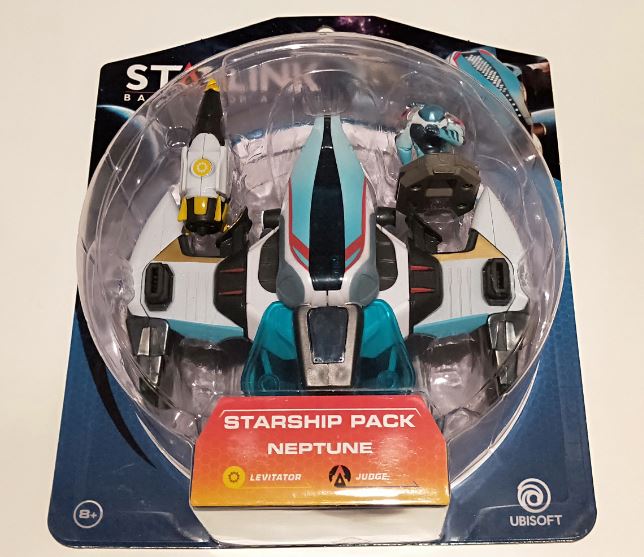 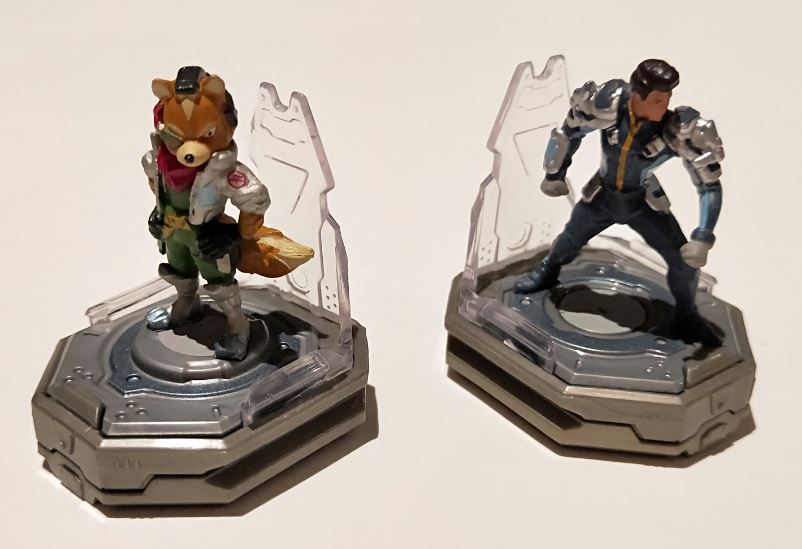 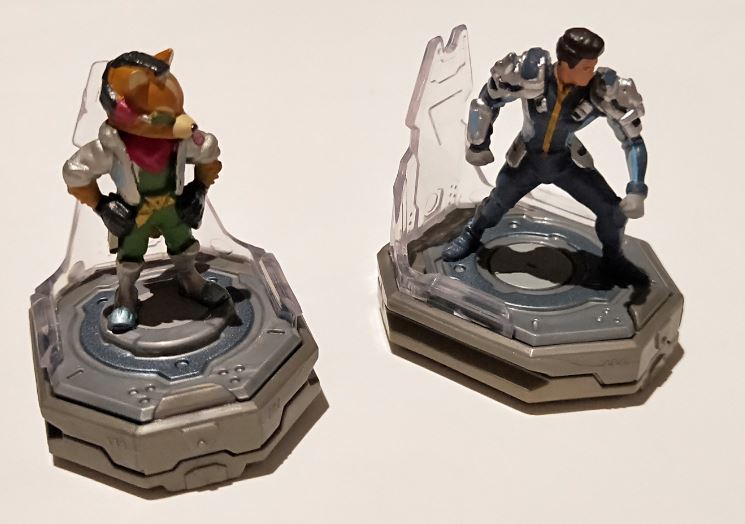 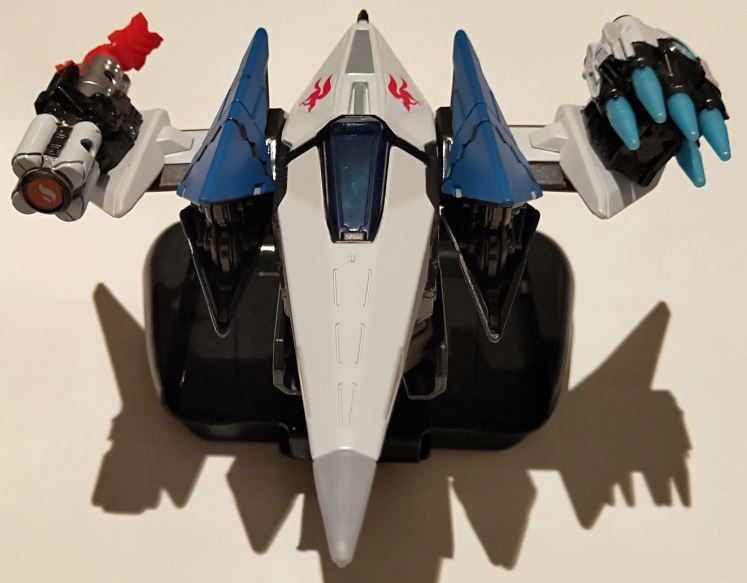 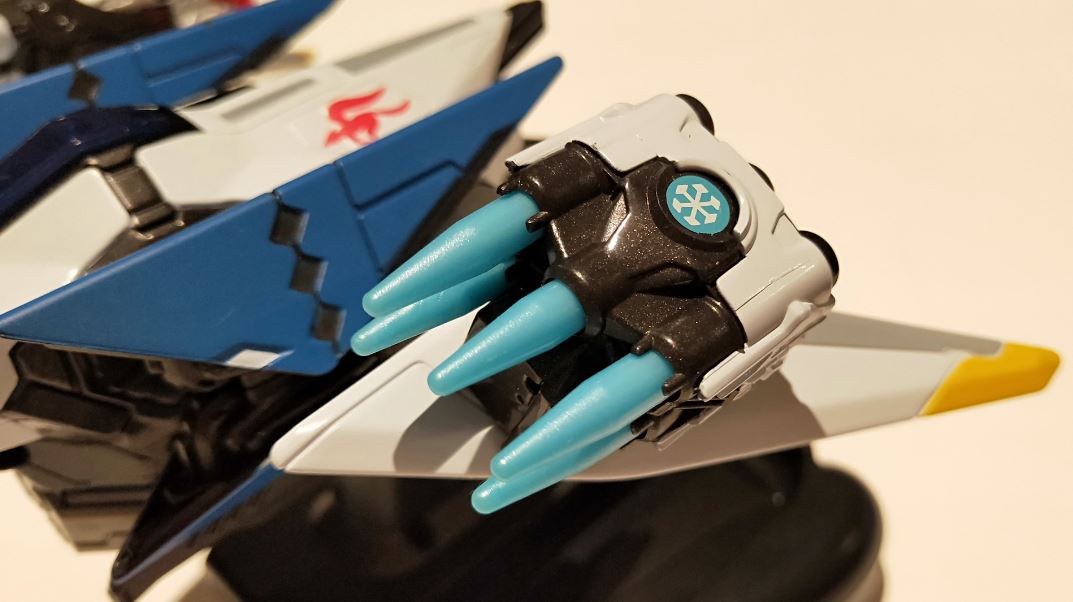 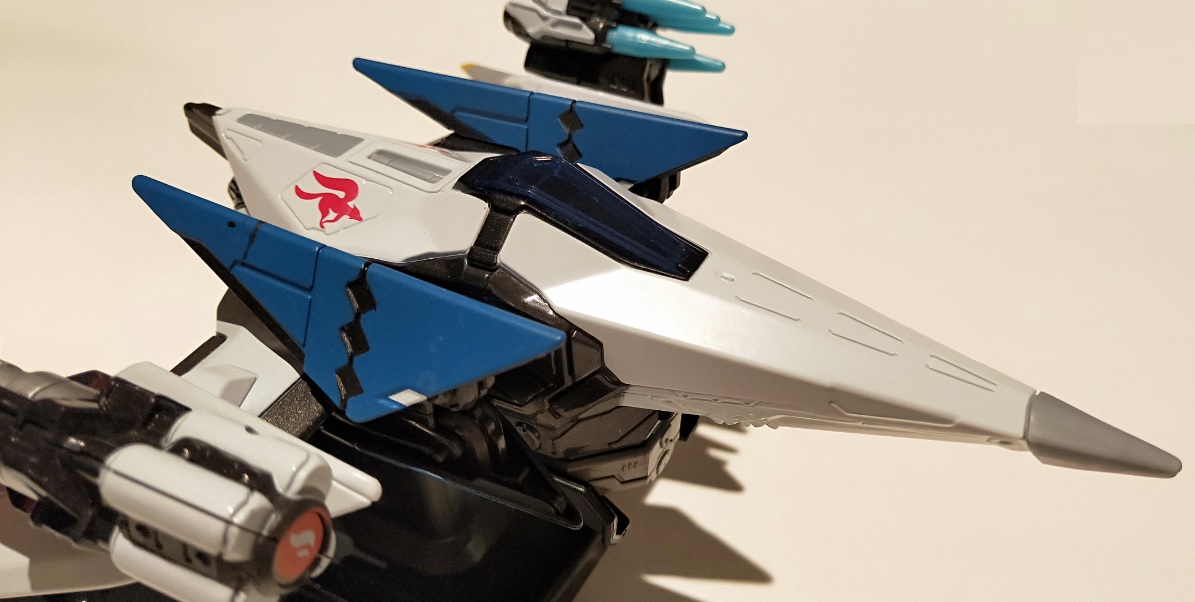 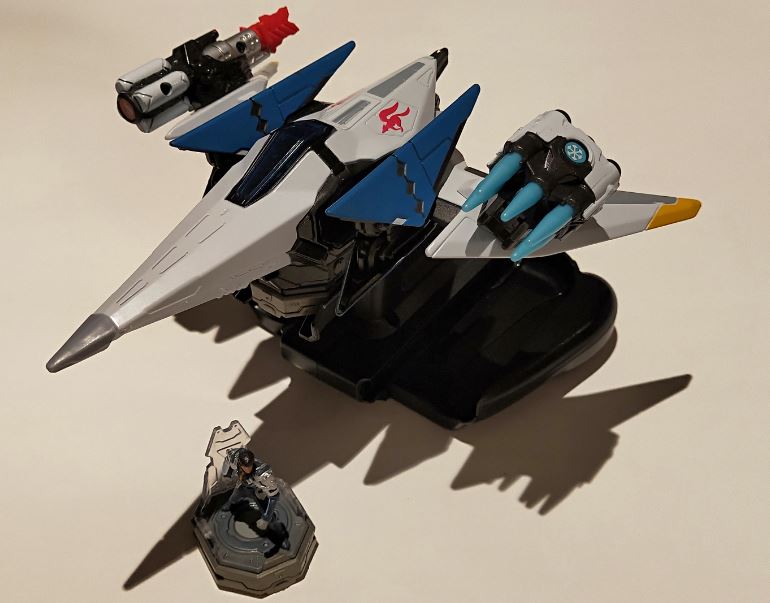 Best of all, you can mix and match your pilots and accessories with all the ships in order to create your ultimate starship and adding to the cool factor is that these changes also appear in the game. Also the more toys you have, the more variety you have to your gameplay as each of these ships have their pros and cons… although this comes at a cost like all toy to life games. By mixing and matching, you do effect elements of your ship like speed or weapons and although you can go total digital, the toys are more fun. 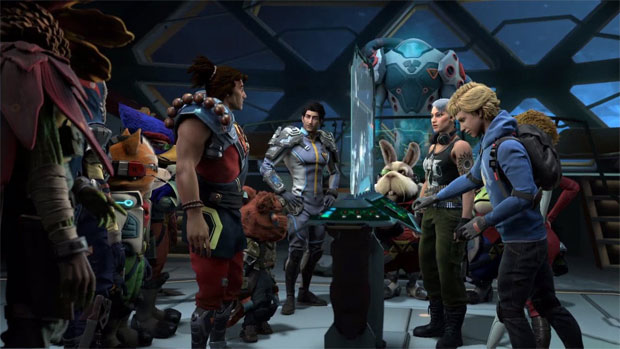 The story of Starlink: Battle for Atlas is set in the Atlas star system as you join the crew of the Equinox in order to liberate this galaxy from the nefarious Grax and his Forgotten Legion. The narrative is very well presented and draws you in from the beginning as Captain Victor St. Grand has been forcibly taken due to his knowledge of the powerful fuel known as Novo. For most people in the galaxy, Novo is a very rare resource that is found on certain planets and in limited amounts, however St. Grand has mastered its creation which also makes him a prized possession of those who want to control others.

So as you explore the various planets in the Atlas system, you will meet other people who you must help as all these stories eventually lead to the epic conclusion of this game. Also each of the characters (or pilots) in the game have a different power-ups such as Fox who can call his Star Fox team in to attack his enemies, however this power first be fully charged to use it. 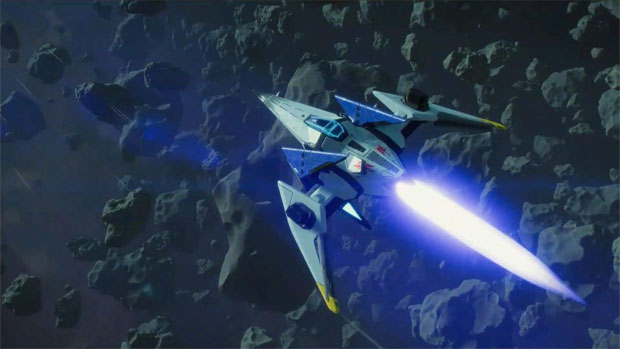 As mentioned, this title is a third-person action game as you fly around space and planets, taking on enemy crafts, alien beings, destroying hives that spawn more aliens and taking on bosses such as Harvesters and more, it all falls together well on the Nintendo Switch. Furthermore each planet has its own unique environment from its animals to fauna, including characters who will give you missions which are generally fetch ones in order for them to give you additional information in your battle again Grax and his Forgotten Legion. As you are awarded money and XP to level-up and upgrade your ships, the Equinox serves as your gaming hub which does give you access to additional bonuses. So after finishing all the missions on a planet, you can keep exploring because there’s a hell of a lot more to do like finding new resources such as food or scanning new alien species.

With the enemies in the game, there are a plethora of different ways in how you defeat them and although there is a real element of grinding, it’s a fun one, especially with all the upgrades and power-ups you can find along the way. Adding to the game are the controls which are very responsive on the Nintendo Switch with everything in easy access. Basically the analog sticks are used for control, whereas the triggers are used for weapons and speed and you’ll pick up the control system in no time. Apart from helping the alien denizens of the very large 7 different planets that you visit, there are even puzzles to solve that are called Warden Spires which have been left there by an ancient alien civilization. All in all, there’s quite a bit to do in this game and best of all, the gaming mechanics work super well on the Switch. 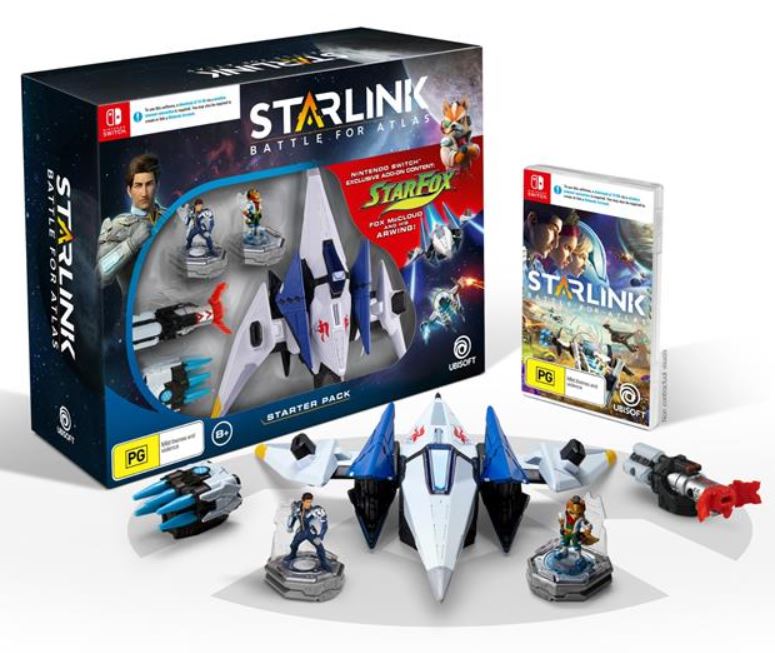 Visually, Starlink: Battle for Atlas is beautifully presented on the Nintendo Switch from its high quality cut-scenes to detailed in-game graphics from the diverse planets which are a true joy to visit. The visual detail on these planets is quite impressive and more importantly, they do look different and do look alien in origin. There’s also some great special effects employed from sun-flares to massive dust-storms that just makes the whole experience a very immersive one and the frame rate is very stable on the Switch. Complementing the graphics is the excellent voice acting which is quite professional and while the game has these cartoon-like characters such as Fox McCloud and Slippy Toad who are interacting with human characters, the transition works well. Sound effects are equally as good and to make the most out of your Starlink: Battle for Atlas journey, headphones are a must as it enhances the audio. 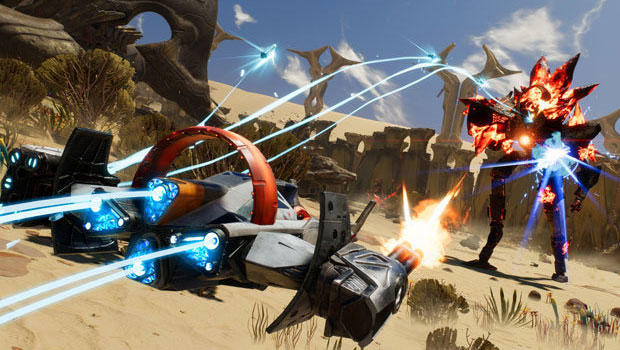 Starlink: Battle for Atlas on the Nintendo Switch is a friggin good game and no matter what way you play it on this portable console, the mechanics are relatively flawless. At times, the game does remind me of No Man’s Sky, Wing Commander and even Mass Effect but when it comes to fun, Starlink: Battle for Atlas definitely trumps these games in that arena. While this is a single-player game, you can play local multiplayer which does spice things up a little and increases the longevity of this title.

The only slight downfall to the game is the slightly repetitive nature of the gameplay but the overall enjoyment factor far outweighs this (especially with the unpredictable nature of the game like Space Outlaws) and at the end of your gaming day, you can walk away with a big smile on your face. Then you can take it to a whole new level with all the modular toys available as toy truly come to life! 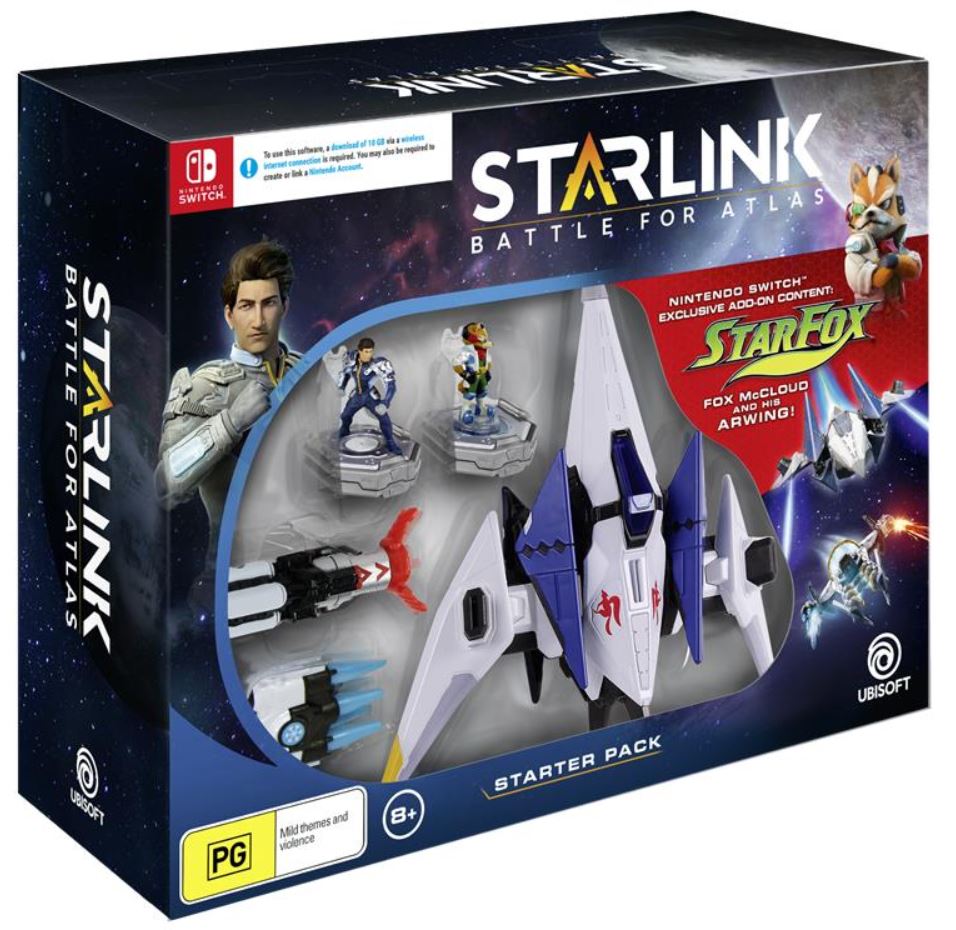 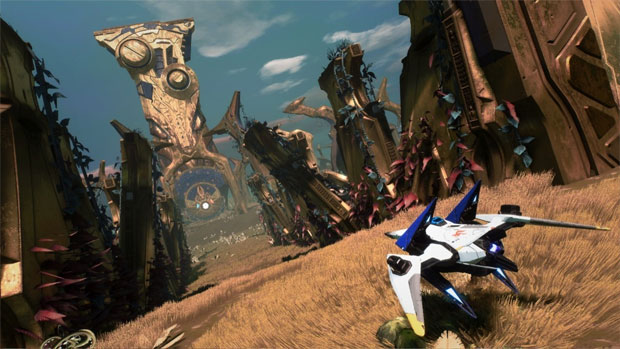 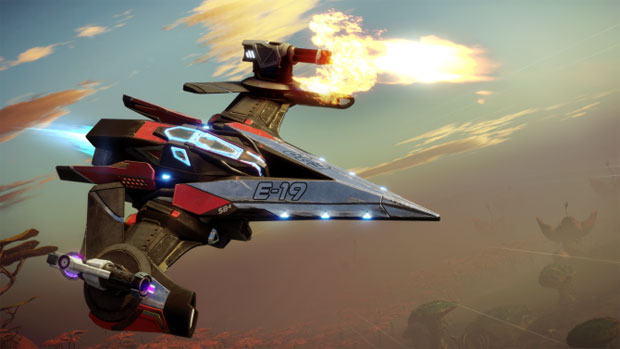 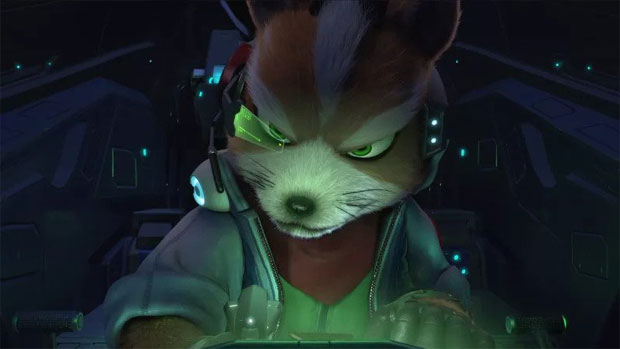 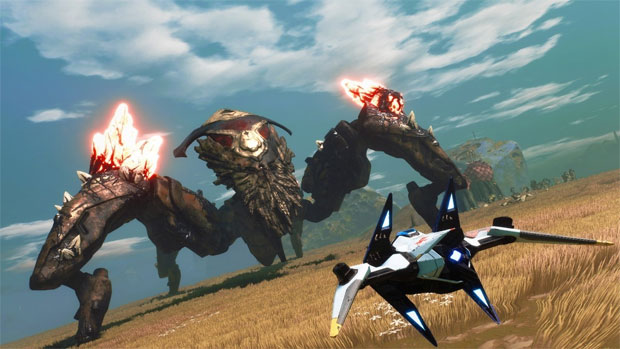