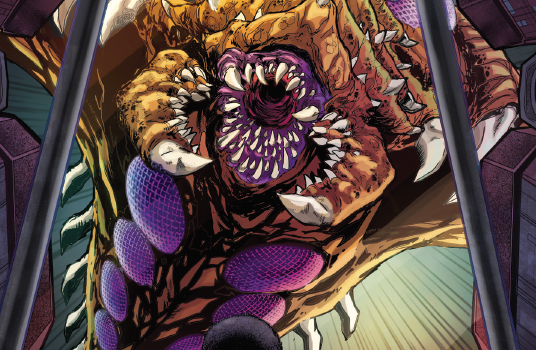 Summary: The zerg are swarming at the gates in this exciting conclusion to the Starcraft Soldiers mini-series!

The zerg are swarming and the defenders of Camp Pitcairn desperately fight to hold the line while they evacuate the miners from the base. Written by Andrew R Robinson, illustrated by Miguel Sepulveda and published by Dark Horse Comics, Starcraft Soldiers #4 is the grand finale that brings this mini-series to a close.

Due to the death of the base commander in the previous issue, Shivani Singh is not only in charge, but must also coordinate Pitcairn’s defenses against an overwhelming force of zerg. Fortunately, she has help. Singh’s childhood friend, Ravi, came to her aid along with his group of Tiger’s Claw mercenaries.

His help isn’t without strings, but Singh has discovered that you can’t always do everything by the book. She’s come a long way from the wet behind the ears lieutenant who first arrived on Pitcairn. However, while I’ve enjoyed seeing Shivani’s character grow and her ideals shift, even by the end I wasn’t entirely sure I had a complete grasp of her character.

She’s learned that survival in itself is a form of victory, but at the same time it never feels like there were a lot of consequences—either externally or internally—to her decision to sacrifice her ideals like she did.

The art in this series has a spectacular grasp of how the Starcraft universe should look and feel. The Goliath striding majestically across the battlefield while zerglings swarm around it is just one example of where this issue succeeds in bringing the essence of Starcraft to the table. Terran and zerg gore is rendered masterfully in respective shades of red and purple. The zerg are just as highly detailed as the terran units and structures, to the point where I kept hearing the Starcraft soundtrack start up in my head as I read through this story.

Starcraft Soldiers #4 is a fun, quick read that I’d recommend to anyone who’s a fan of the Starcraft universe. Though there are still a few things that bother me about Shivani’s character, I was nevertheless satisfied by this conclusion to the arc. As a long time Starcraft fan myself, I’m looking forward to the next Starcraft mini-series! 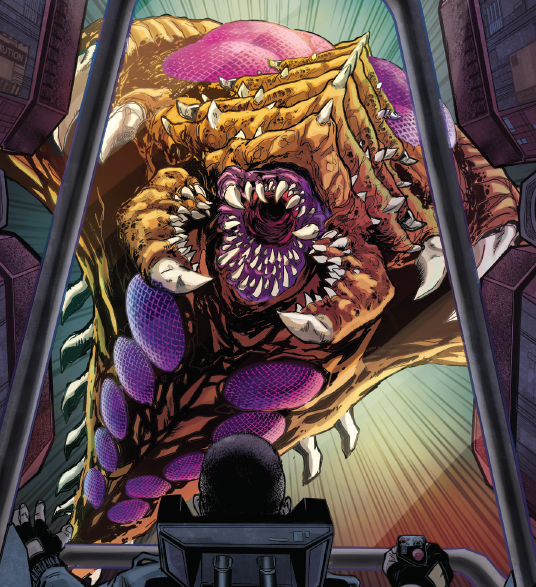