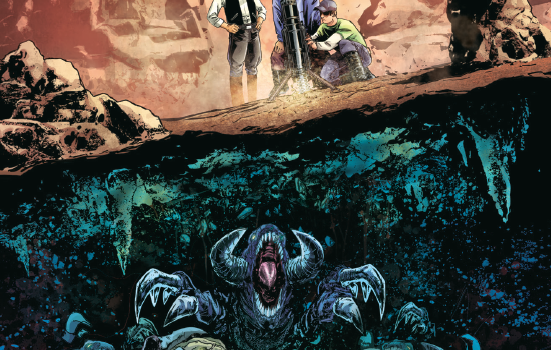 Summary: With miners and marines against her, Singh realizes she needs to adjust her approach---and soon, given the imminent zerg threat.

Shivani Singh is back for another round against miners and zerg alike in Starcraft Soldiers #3. Written by Andrew R. Robinson and illustrated by Miguel Sepulveda, this issue continues the saga of the rookie Terran lieutenant on the backwater world of Cavir. Her transport exploded, nearly taking her and Sergeant Tiller with it. Since she has orders to toss the miners off Cavir, Singh suspects their involvement in the attack, but has no proof.

She takes her suspicions to Colonel Basch, but is met with indifference—but a promise that he’ll investigate. Basch tells Singh she needs to lay off, and play things down. He tells her that it’ll help improve her reputation around the base. However, the base is now on lock-down and a lot of people blame her for what happened. Meanwhile, she still has her task to see the miners safely off-world and is starting to realize that this might be something she can’t handle on her own.

Singh is starting to learn that she can’t push people around and not have them push back. Though she began her crusade heavy handed and by the book, now she shows more of a willingness to work with her squad and accept the advice of the people around her. Not only that, but certain events in this issue also indicate that she’s also gained awareness that sometimes a “by the book” stance won’t always work. Without spoiling things, Singh reaches out to an old friend for help, and this particular friend belongs to a certain seedier element.

My biggest gripe with the last issue was Singh’s lack of character development. Soldiers #3 fixes that, and goes a long way to making Singh feel more believable, more human, and generally more likeable. She’s patched things up with her squad and has them mostly on her side. Now she mainly has the miners and the zerg to worry about. I’d still love to know more about her past, but seeing as we only have one more issue for that and this series is barreling towards its conclusion, I’m not sure there’s time for that. Nonetheless, I felt like Singh’s come a long way since when she first landed on Cavir, and she’s up to the challenges that are coming her way.

Speaking of zerg, they’re out there and they’re a threat. This issue expands on their presence on Cavir and really illustrates just how much trouble these Terrans are getting into. Zerg rush! Oh noes!

The art, oh man the art. As always, this series does an amazing job at capturing the Starcaft setting. The vehicles and structures are strikingly accurate to the game series, and seeing them drawn to scale with one another is exciting. I could talk for hours about how well the art represents Starcraft, but instead I’ll just focus on a couple of specific scenes that really stood out for me.

The first is a panel that shows the marines decked out in their armor, standing side by side in the rain. The rain is coming down in sheets, the droplets splashing off the plating, while their transport sits off to the side. The shading and rain effects combine really well to lend an impressive sort of ambience.

The next one I loved was a scene with Singh on a vulture. The panel is a drawing of her from the side, and is reminiscent of 2D side scroller games. The blur and the flare from the vulture’s propulsion and the overall sense of motion the scene conveys is impressive and is just overall extremely well done.

There’s another scene that I can’t talk about much due to potential spoilers, but it involves hydralisk spines shredding through a marine’s armor. It’s gory, it’s visceral, and it’s just all in all pretty great.

Singh’s taken some time to find her footing here on Cavir, but she’s a far cry from the rookie lieutenant she was when she first arrived. Her efforts to force the miners off-world haven’t gone quite as well as she’d hoped, and now she’s sacrificing some of her principles to get the job done. She’s learning what she can and can’t get away with, but she’s still sticking to her mission. I enjoyed watching her character growth, and this was a pretty great story set in the Starcraft universe. With the zerg threat incoming, I’m looking forward to seeing how this series concludes! 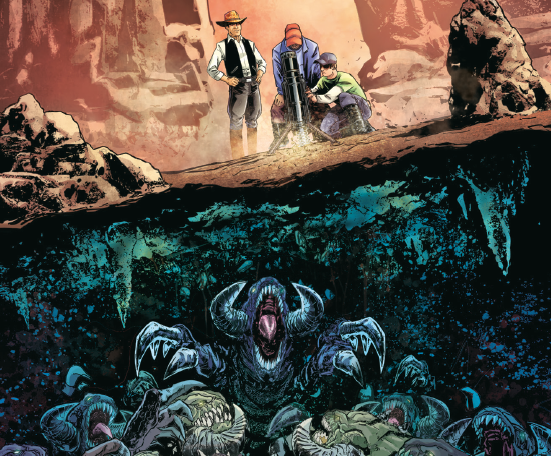