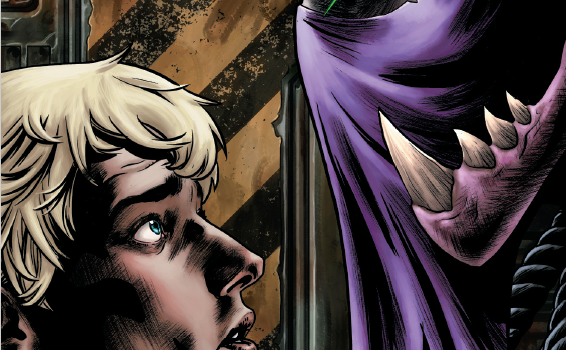 The crew of the Magpie is back in this thrilling finale to Starcraft: Scavengers. Written by Jody Houser, with art by Gabriel Guzman and coloring by Michael Atiyeh, this Starcraft story is meant to send a chill down your spine. The Terran scavengers have just wrested the ship away from its former Dominion owners, but now face a new threat. A protoss dark templar is stalking them both for the relic that they’ve claimed, and to ensure that they never leave to tell the tale. As she works her way through their number, she taunts them by talking through the corpses of their fallen enemies. The Captain has apparently lost it, but Caleb has a plan that he thinks could work. If only he can get anyone to listen.

This issue really cranks the horror dial up to eleven. From the ghostly whispers the dark templar taunts them with from the corpses of dead space marines to the Captain’s crumbling mental stability to the feeling their enemy could be waiting for them around every corner, the story is intense. It had me urgently flipping through the pages to sate that urge to find out what happens next.

Captain Theban is just as much a threat as the lurking dark templar, and it becomes apparent in this issue that he hasn’t been telling his crew the whole story. Caleb shows strength of character that goes beyond the rookie spacer he used to be. Despite everything that’s happened, he’s still loyal to his crew and his friends. Even if that loyalty comes at his own expense.

The artwork in this series is consistently excellent. The ship corridors are dark and haunting, and the colors and shading lend atmospheric tension. There’s something visceral about the bloody mess of what’s left inside space marine armor, which makes it all the more gruesome when the dark templar uses these corpses as actual meat puppets for her psionic ventriloquism act. The level of detail which went into the space marine armor is impressive, and does a good job of representing the Starcraft universe visuals. The dark templar is rendered beautifully sinister, from her long slender talons to the hydralisk mandibles which adorn her mask.

Starcraft Scavengers #4 is a chilling final adventure for the crew of the Magpie. This is where their story ends, but the narrative hints that we’ll see more from at least a few of these characters. Whether you’re a Starcraft fan or new to the setting, I recommend this title and this series in its entirety. I can’t wait to see where they’ll go from here. 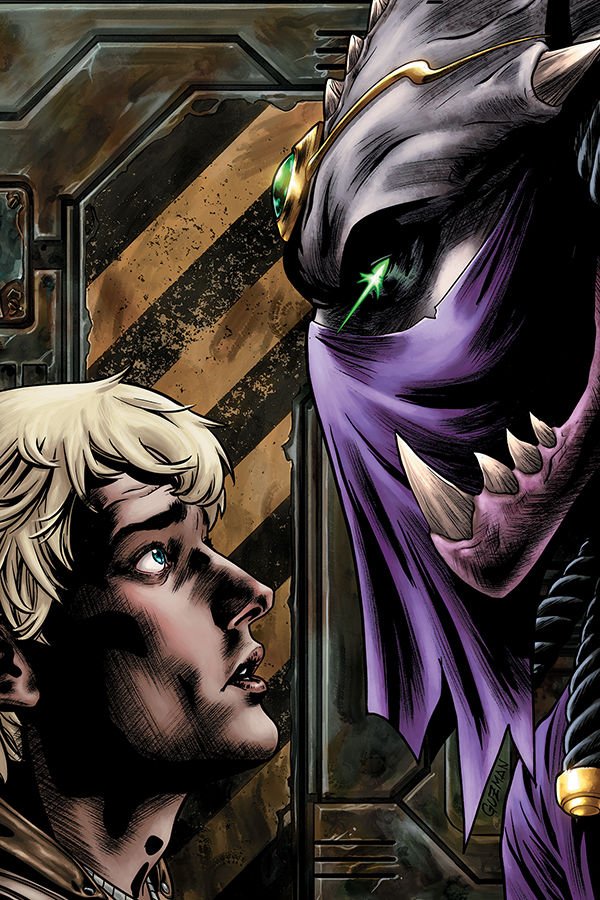