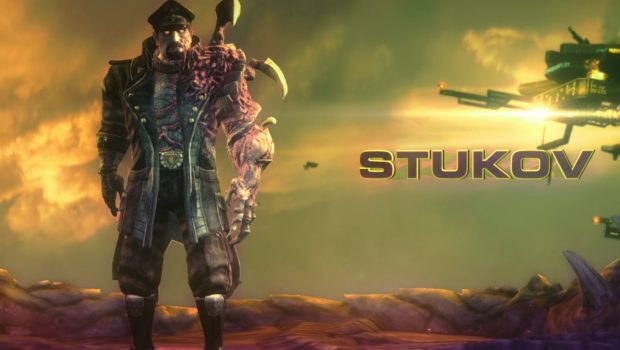 Co-op Commander, Alexei Stukov, is coming to battle with his vile infested army, and is available to play now in StarCraft II! Players can purchase this new Co-op Commander through the Battle.net store for $6.95 AUD.

Stukov combines the strengths of the Terran and Zerg races to command an overwhelming horde, supported by machines with mutated powers that defy the limits of normal technology. His hero abilities including deploying a Psi Emitter which sends all currently existing and newly constructed infested infantry units to a designated point. Infest Structure can target a friendly, or enemy structure, and causing it to spawn Broodlings over time; this is disabling for enemies, and heals friendly structures. Stukov is also able to spawn a Apocalisk with massive health, cleaving attacks, charge ability, and anti-air weaponry. Lastly, he can call down the Aleksander Infested Battlecruiser at any target location, launching infested civilian bombs and mind-controlling air units with its attack.