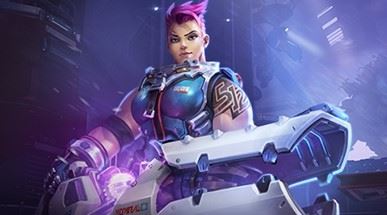 StarCraft II Now Free-to-Play, Alexstrasza Enters the Nexus in Heroes of the Storm, and Behind-the-scenes with Overwatch!

At BlizzCon 2017 earlier this month, Blizzard Entertainment unveiled a stack of updates coming to our games—and starting today, several of these are now live!

As we announced at BlizzCon, StarCraft II is free-to-play starting today! Players around the world now have access to the best of what the ultimate real-time strategy game has to offer, including:

The first ever Dragon aspect in the Nexus arrives today in Heroes of the Storm, along with the Dragons of the Nexus Quest, which rewards players with three new portraits!

Warcraft’s Alexstrasza is the first to swoop into the Nexus. She’s a powerful support Hero who can transform into her massive dragon aspect form to rain fire down on her friends and foes alike.

Here are some of the rewards Heroes of the Storm players can acquire with the arrival of Alexstrasza and the Dragons of the Nexus event:

And don’t forget, you can check out the next Overwatch hero—Moira, the brilliant geneticist support hero—right now on the PTR before she arrives in-game.