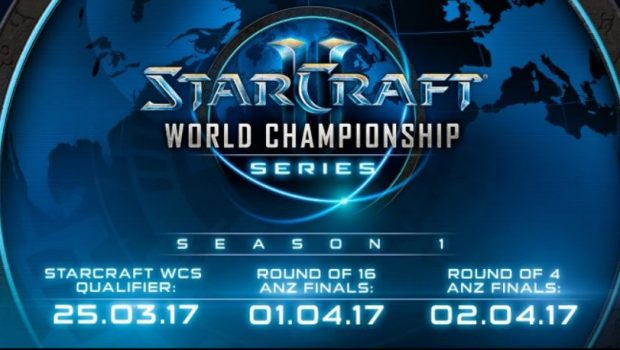 2017 is already shaping up to be another exciting year for Blizzard esports! The Heroes of the Storm Global Championship circuit is currently underway with the ANZ Gamestah Series Qualifiers (week 2 bracket here), which are taking place each Tuesday evening until 15 February. The top two teams will move on to the ANZ Finals being held on 18 February. We have also made changes to the structure of the 2017 ANZ Heroes of the Storm circuit for Australian and New Zealand tournaments this year. An additional fourth season has been added – up from three in 2016 – and will provide even more opportunities for local competition. Tournament prizing will now be offered in local currency, with each season offering a $20,000 AUD prize pool. These events will also lead into a major global showdown, with the winning ANZ team moving on to represent the region on the world stage. ANZ Season 1 will feed into the Western Clash, which will be held at IEM Katowice, Poland over 3-5 March.

Dates for the ANZ Season 1 Qualifiers:

The top teams from each qualifier will compete in the ANZ Finals on 18 February. For more information, visit the official Heroes of the Storm forum.

Blizzard has also tweaked the StarCraft II WCS Regional Challenger series this year, increasing the number of WCS Regional Challenger events. There will now be four ANZ/SEA Regional Challenger seasons – up from three in 2016. To align with other local Blizzard esports tournaments, all event prize pools will now be offered in local currency, with each featuring $10,000 AUD. All regional challengers events will lead into an premier Global WCS Circuit Event. The top two players from ANZ will have their flights and accommodation provided, and be eligible to attend these $100,000+ USD events.

We will also be continuing to offer regular Blizzard ANZ $1,000 Cups in months between World Championship regional events. The first for these are scheduled for 5 February and will continue throughout the year. For more information about the ANZ WCS Regional Challenger series, visit the Official StarCraft II forum.