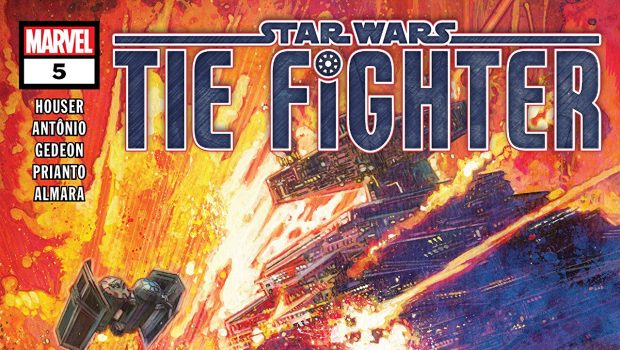 Summary: Tasked with dealing a devastating blow to the Empire, can the squadron achieve their mission and will they survive?

The Rebel forces may well be fighting for what they believe in… but so are the forces of the Empire. Which is right and which is wrong? Maybe both have their merits… from a certain point of view. Squadron five of Shadow Wing have been given the task of taking out a mobile Rebel recruitment base… but whether they can work together to achieve their mission and or even make it back alive is yet to be seen. 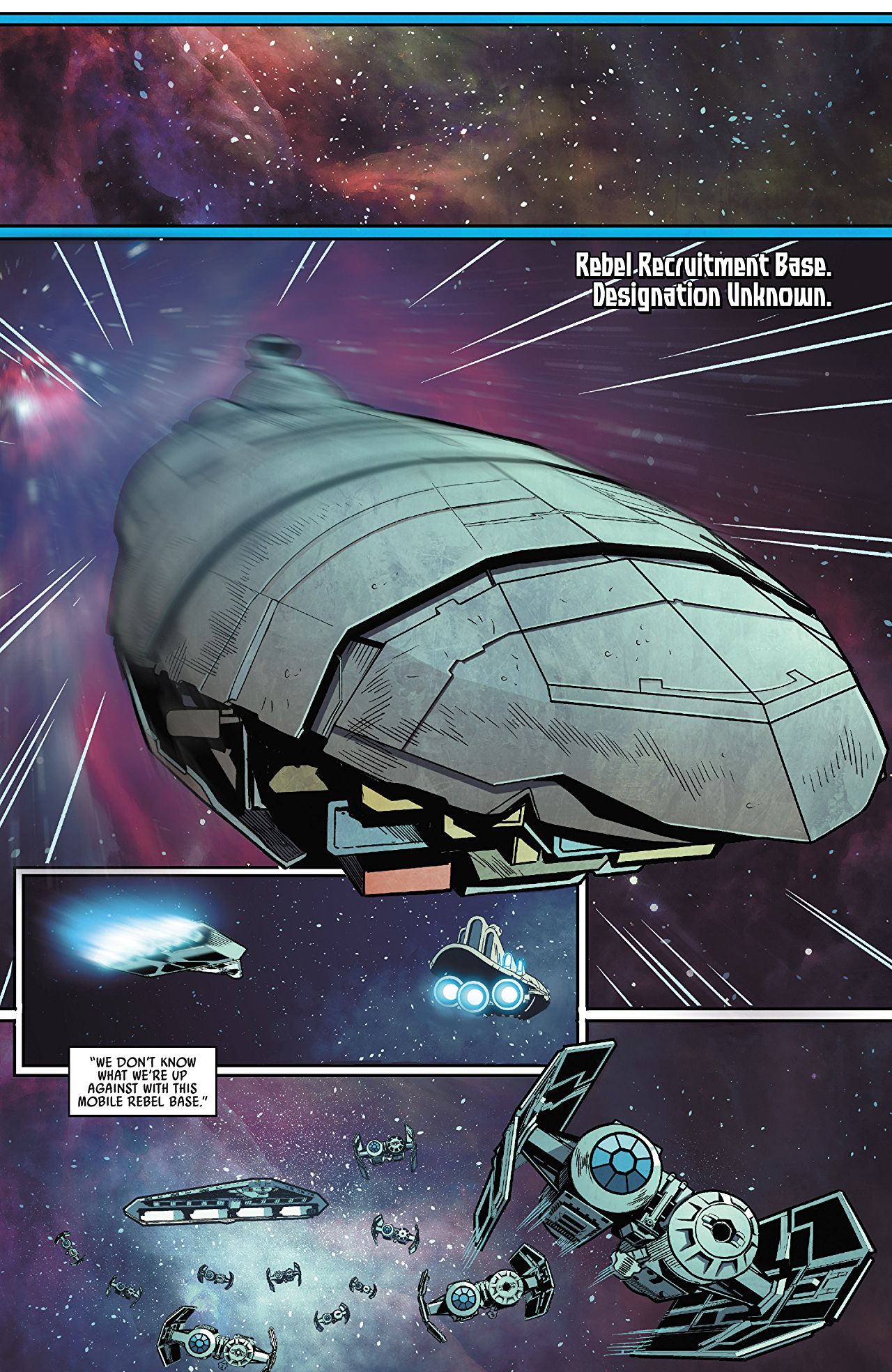 There are some nice moments in this story that really give you pause for thought. One moment is reasonably early on and shows that the best of intentions in battle can still result in tragedy if not considered in the wider perspective of the fight. Another is near the end and serves to not just put this story into a chronological perspective in regards to the films… but also gives us a glimpse into how such a monumental event is perceived by those of the Empire. 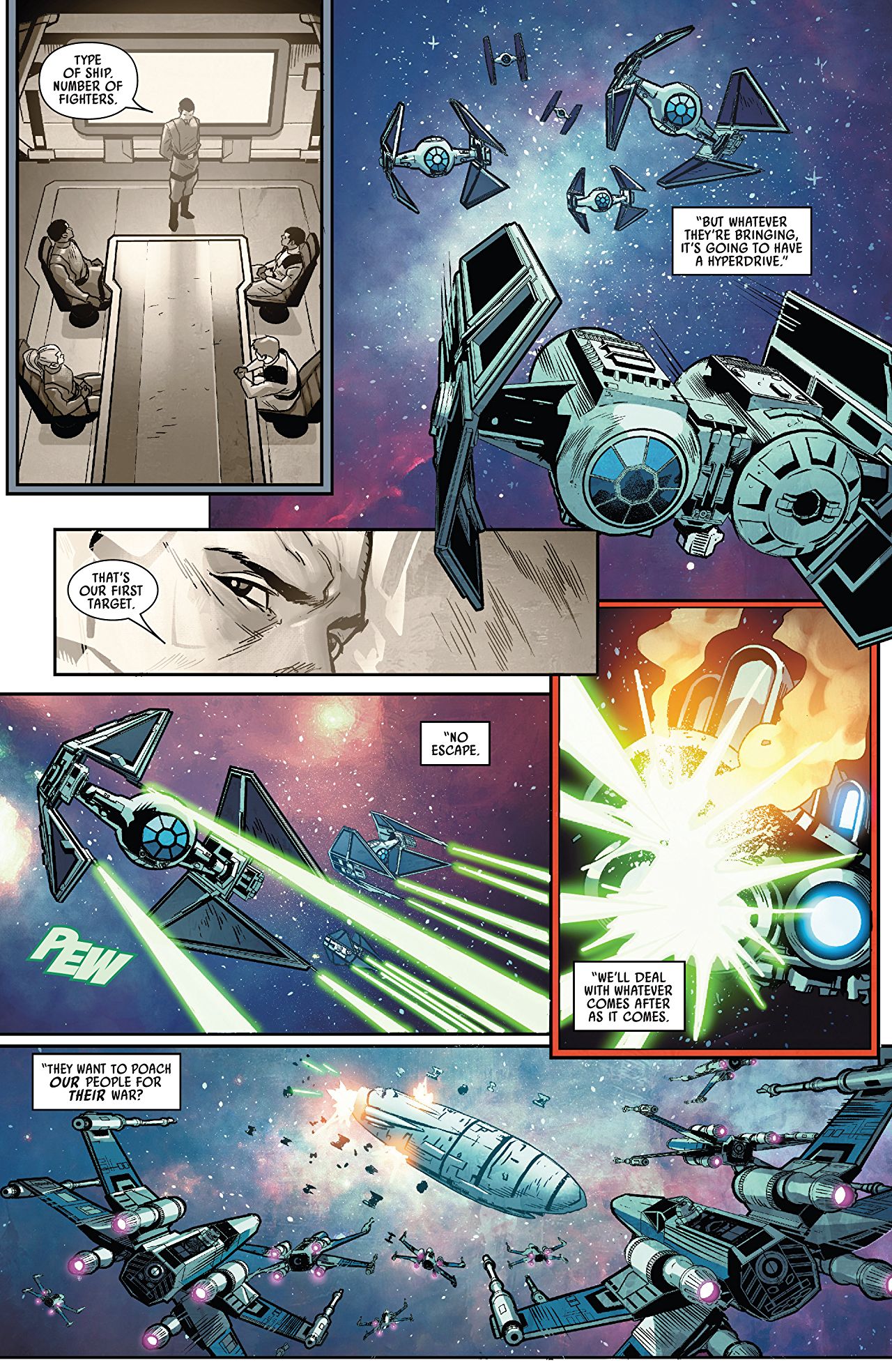 One of my favourite aspects of the art in this story is something I didn’t noticed until I’d made it a few panels past where it started. It’s the silhouetting of the pilots helmets so we can see their faces. It’s a brilliant little idea… it means we still get the iconic shape of the headgear but at the same time we can see the expression on their faces… the story can continue with all the emotional impact of their facial representations of their emotions… while still providing that familiar image of the tie pilots helmet (which is arguably one of the coolest!) 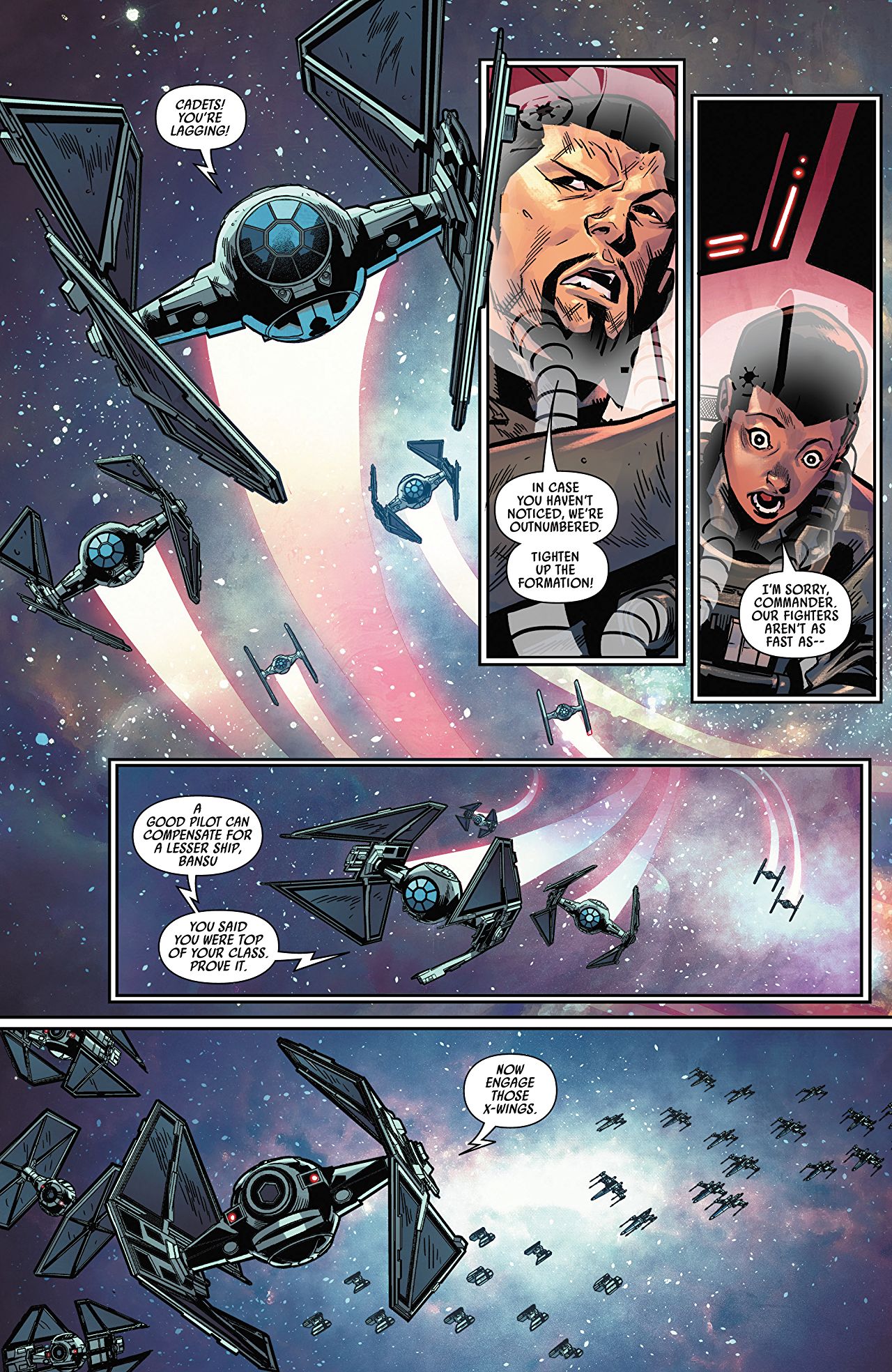 I love a good space dog fight and I’ve yearned for a new space flight sim in the Star Wars universe (like the classic X-wing and Tie Fighter series)… but until we get a worthy addition of one of those… this comic series is a good substitute. Epic space battles and a new perspective on the battle of “good and evil” in the Star Wars universe. Grab this edition to complete the story arc or use it as an excuse to go back and by the earlier additions and this one and read them all in one sitting… for the Empire!