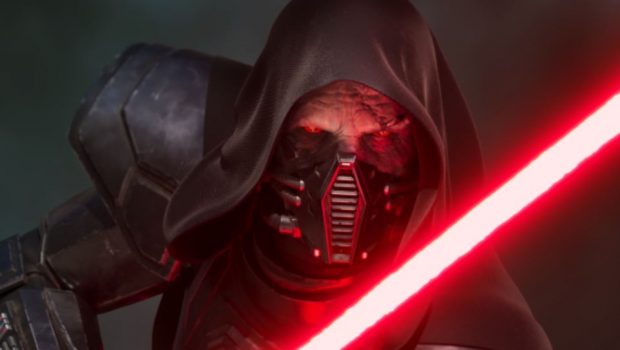 Today is the 10th anniversary of Star Wars: The Old Republic and I wanted to make sure that you saw that today, Star Wars: The Old Republic Project Director Keith Kanneg shared a letter to fans celebrating the milestone for the Star Wars MMO from BioWare and EA. Kanneg discusses the many wonderful memories over the past 10 years thanks to fans and the development team and gives some insight into the team’s clear vision for the future of the game. Check out the official announcement below:

Today marks an incredible milestone for Star Wars: The Old Republic, our 10 year anniversary! Our amazing journey up until this point is one many of you have taken with us, and we’re honored to have shared all these years of Star Wars adventures with all of you.

We launched on December 20, 2011 – a decade doesn’t seem all that long, but in that time, we’ve delivered nearly 300 patches and are about to release our 8th expansion. And in that same time span, my family grew a lot, including 5 grandkids, 4 dogs, and two cats.

Moreover, I’m very proud of the SWTOR team, as we’ve been together for many years, and a great number of us have been working on this game since before launch. In fact, many people on my development team are long term veterans, and we all love this game, enjoy the camaraderie, the history together, and creating a game y’all enjoy every day.

It is rewarding to lead a group of talented people who have accomplished so much over the years, and though there have been hurdles such as adapting to the pandemic, my team has overcome them, and they continue to strive in building a great Star Wars game.

Over the last decade, many memories have been made both through the game and with our in-person events. These have always been key with connecting to our players. I mentioned in our last livestream how much I missed seeing everyone in person. So safety and event regulations permitting, we are laying down the groundwork to have our first Cantina in almost two years at SW Celebration in May 2022! As always, we will share more details when we have them.

In our previous livestreams, we’ve given players a look into where Legacy of Sith will take them including some new characters who will be joining their adventures. We’ve also talked about how our 10th anniversary is going to be celebrated year long! Here is a whole variety of activities currently running both in and out of game from December 2021 through January 2022: 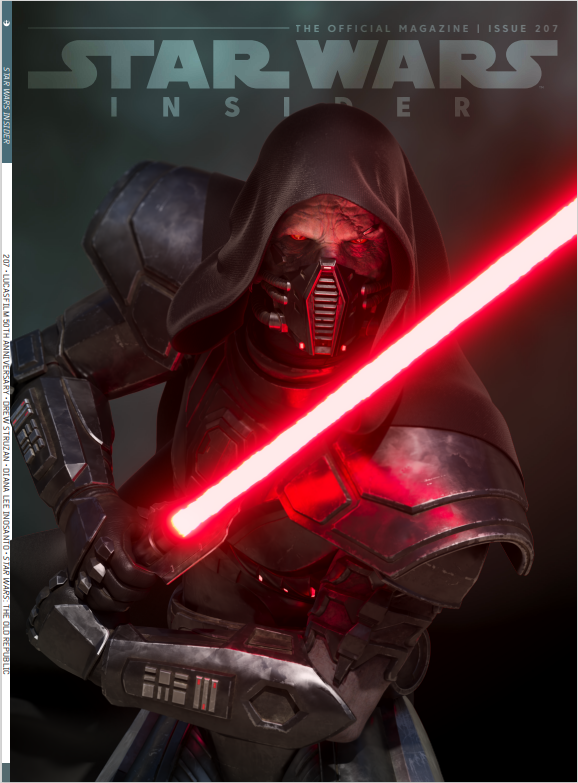 All of this leads me to giving you some insight into what’s going to happen after 7.0 launches. Legacy of the Sith is laying the groundwork for some exciting updates that will be made throughout the next year and beyond. While exact details are still under wraps, we do have a clear vision for the next few years and I’d like to share what our key focuses will be. They fall into two categories: Content and Modernization.

Hot on the heels of 7.0, we’ll have another update with the R-4 Anomaly Operation and a new daily area set in an all-new section of Manaan. Beyond that, your character’s personal saga will continue in an epic storyline extending through multiple patches in 2022 and beyond. After the dramatic conclusion of 7.0 on Elom, you’ll continue to unravel the mysteries of Darth Nul, join the erupting civil war among the Mandalorian clans, and discover the true objective Darth Malgus is pursuing. All the while working alongside old friends like Kira, Scourge, Akaavi, and Torian, as well as some new faces you’ll meet for the first time in 7.0. You’ll also explore new locations (some are new to SWTOR, others are entirely new creations!) and perhaps even gain an opportunity to return to where your character’s journey first began so long ago…

As always, you can expect all of this to unfold across a variety of content types: single player, multiplayer, Flashpoints, Operations, Daily Areas, and more. New progression gear will become available throughout the year starting with the R-4 Anomaly Operation, and as we add gear progression after 7.1, we’ll also ensure that previously available gear will become more accessible to players.

We also have some exciting updates coming to PvP after 7.0 that we’re looking forward to sharing with you after launch!

As many of you have already seen on PTS, a huge part of the team’s work in 7.0 focused on modernizing many aspects of the game. A totally revamped Character Creation experience, new character sheet, great new features like Loadouts and Weapons in Outfitter, and of course the dramatically expanded gameplay options offered through Combat Styles. 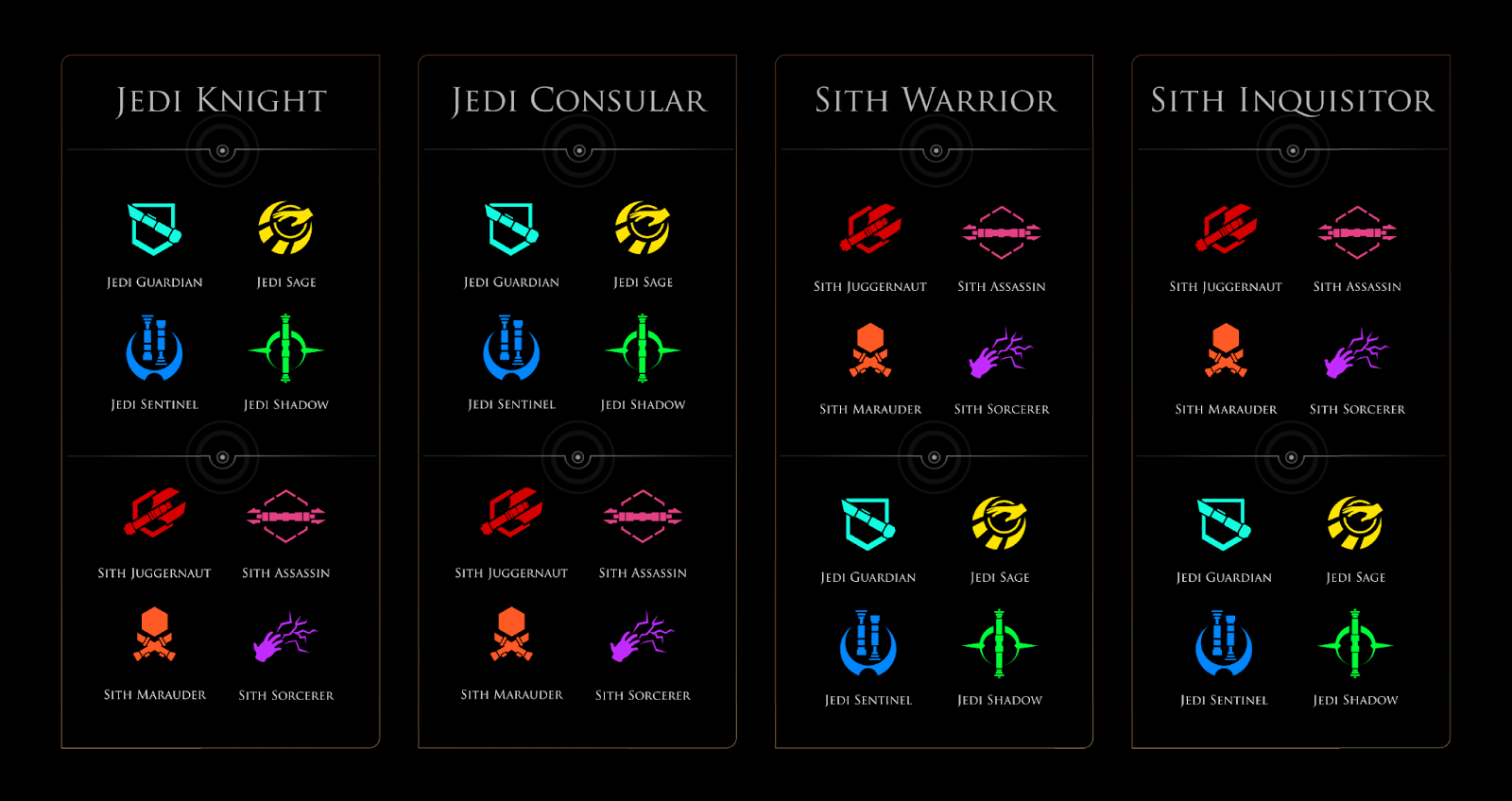 We’re going to continue updating UI elements throughout the game next year – in some cases, these will primarily be visual updates to make our style more cohesive and ensure proper scaling on high resolution screens, but we also look forward to improving accessibility and the everyday user experience in other parts of the game as we did with Loadouts in 7.0.

We’re also eager to upgrade our visuals elsewhere in SWTOR: starting with Tython, Korriban, Hutta, and Ord Mantell, we’ll be starting a process of upgrading the visual fidelity of our planets to bring them more in line with the amazing work the team has created in recent years.

As you can see we have such an exciting future ahead and we will be sharing more details with all of you especially after 7.0 launches early next year, so expect to hear from me again! Ten years is a milestone we are so proud of and we are so thankful that you continue to join us on this adventure. To each and every one of you, happy 10th anniversary, we wish you a year full of much love, health, and lots of gaming!

-Keith Kanneg and the SWTOR Team