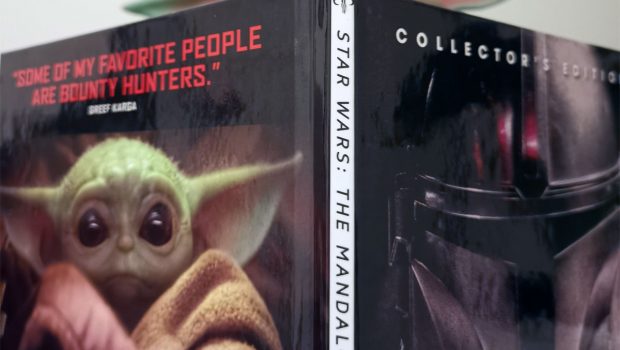 Summary: Star Wars The Mandalorian Guide to Season One (Collector’s Edition) is indeed the book of Mando!

The Star Wars universe is an amazing imaginary place and in my professional opinion and lover of all things pop culture, The Mandalorian is easily the best thing to come out of the franchise since Star Wars Return of the Jedi. 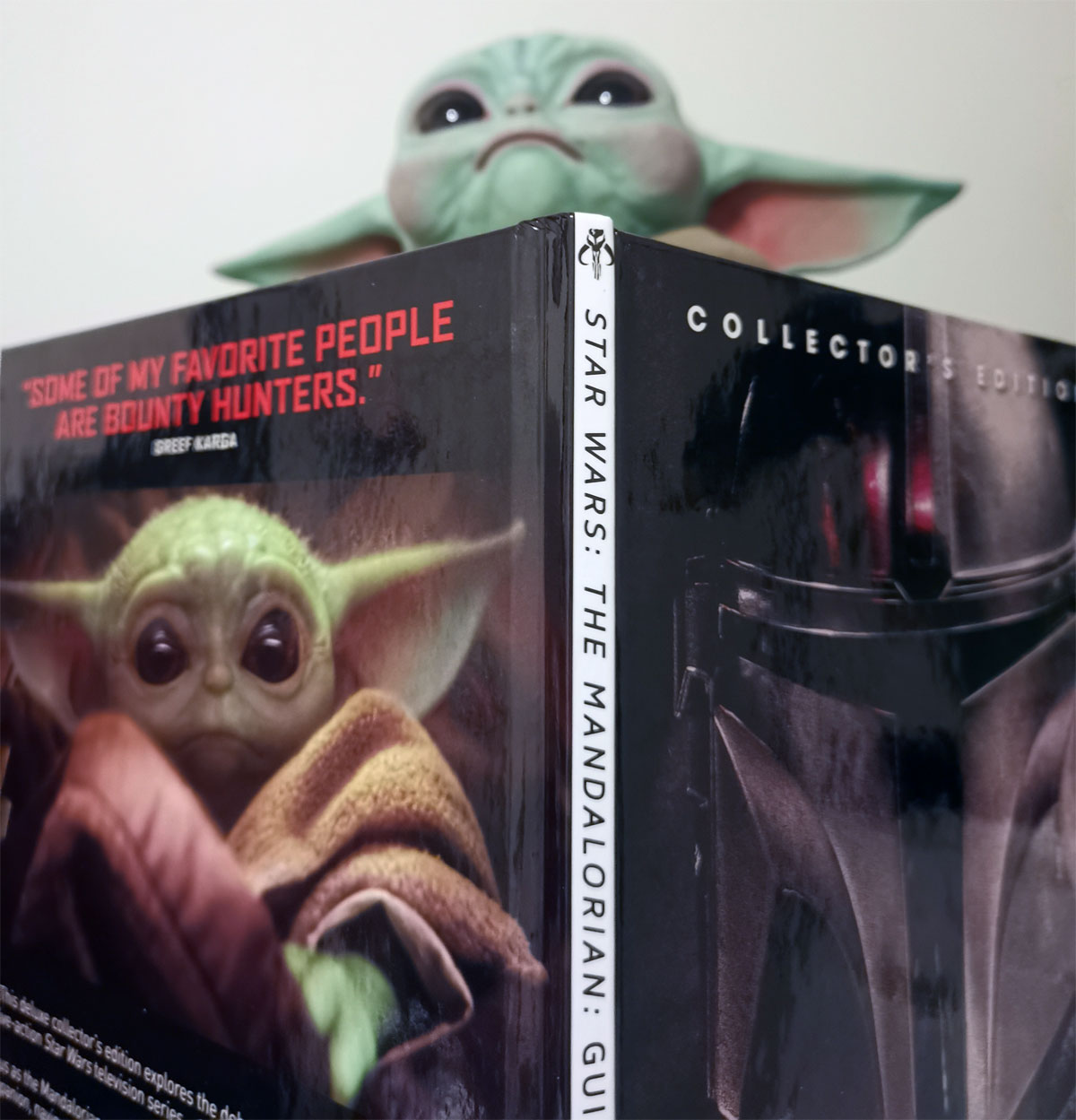 For fans of the TV series, Titan have published the must-have Star Wars The Mandalorian Guide to Season One (Collector’s Edition) which is distributed by New South Books in Australia and is a beautifully presented hardcover book on all things Season One of The Mandalorian. Besides the well-written text, the book is brought to life with the amazing images from the series, including never before seen photos and exclusive artwork. 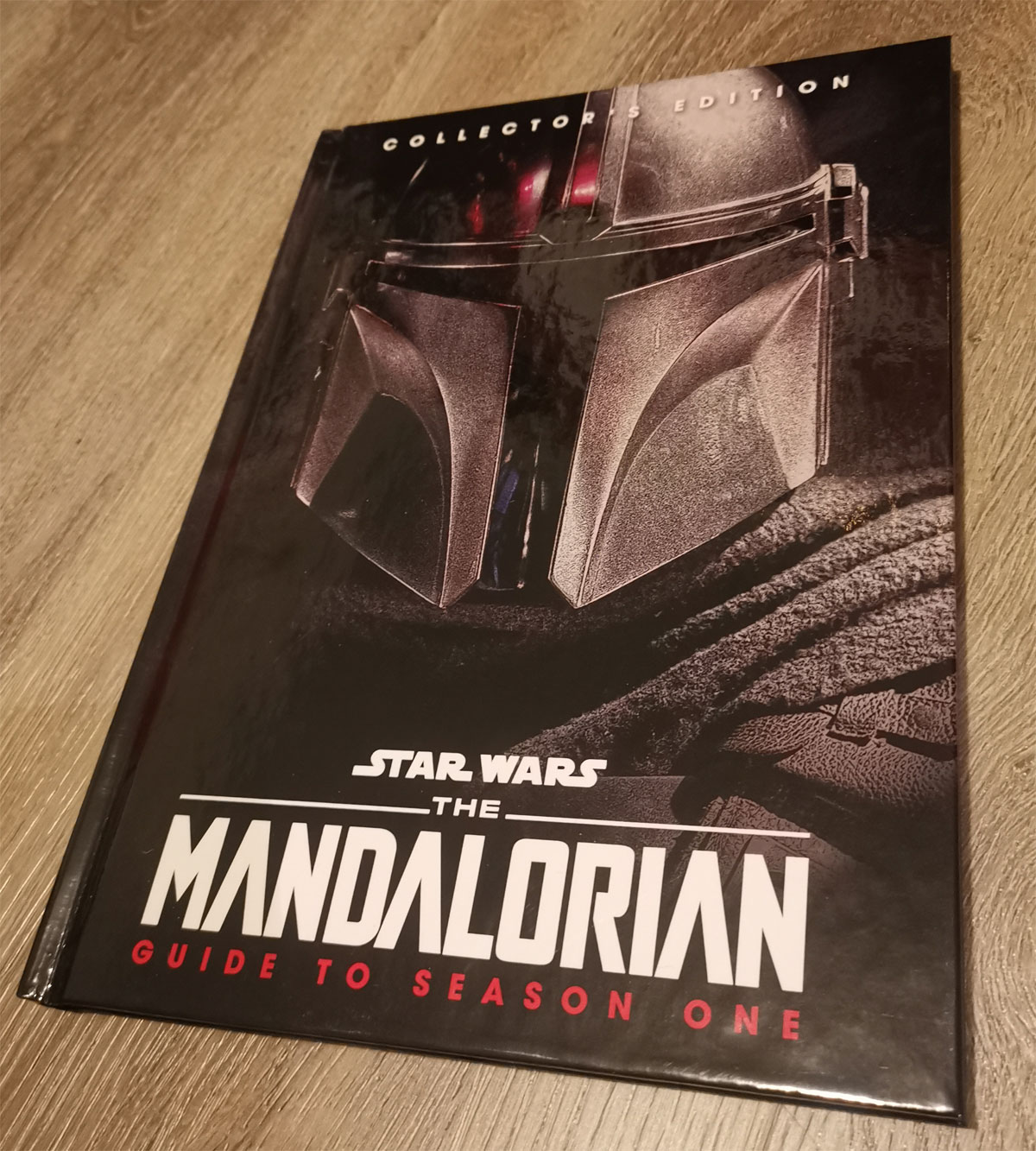 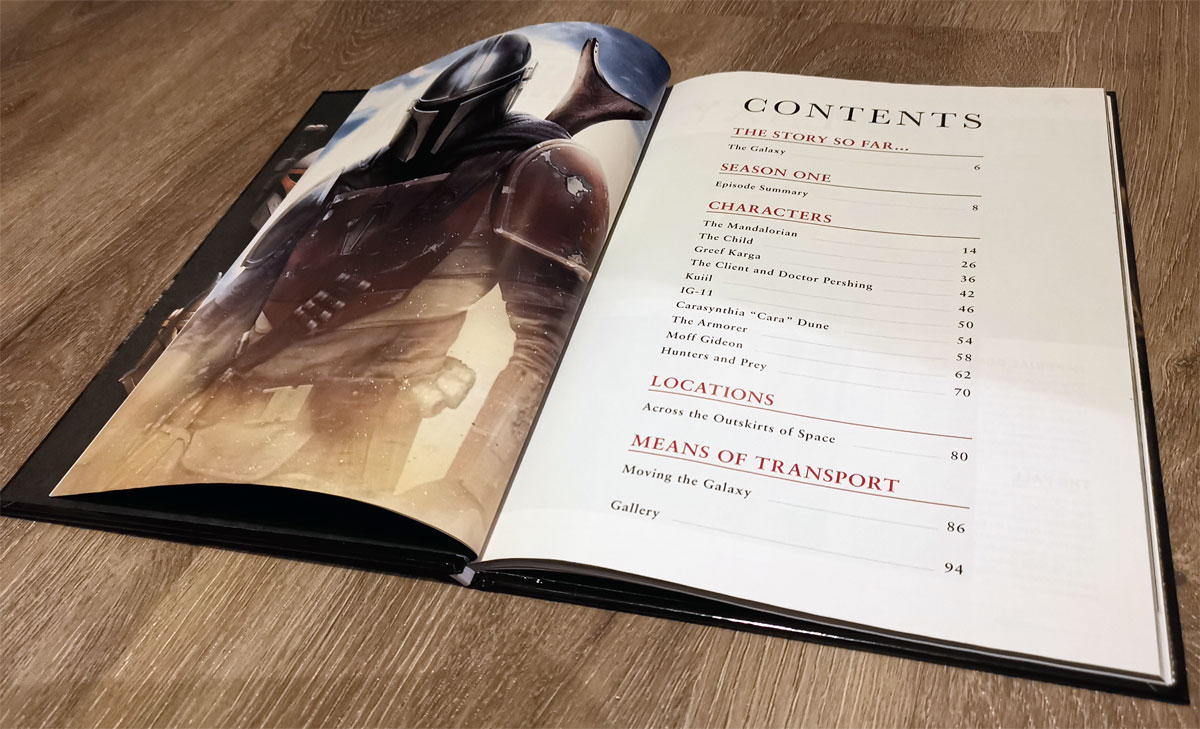 THE MADALORIAN: With a mysterious past hidden beneath a gleaming beskar helmet, the Mandalorian is a person of action, not one of words.

At almost 100-pages in length, Star Wars The Mandalorian Guide to Season One (Collector’s Edition) is carefully split into five categories that include The Story So Far, Season One, Characters, Locations and lastly Means of Transport. The first two pages of this Mandalorian bible called “The Galaxy” is a small yet insightful bridge between Return of the Jedi to the current timeline of the TV series with the Imperial Remnants desperately trying to regain control and will use any nefarious means possible. Following this is an episode summary that highlights the main themes and storylines of this amazing Disney+ sci-fi TV series and is a great reminder on what occurred in season one. 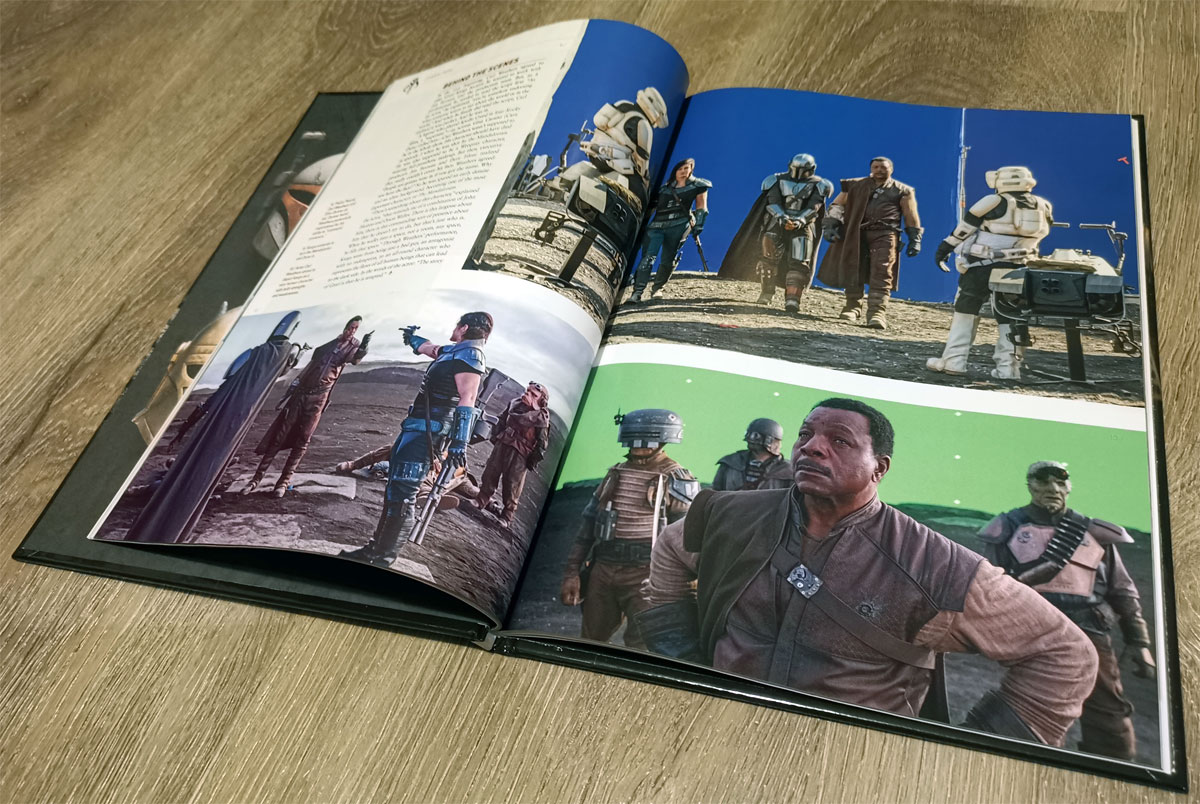 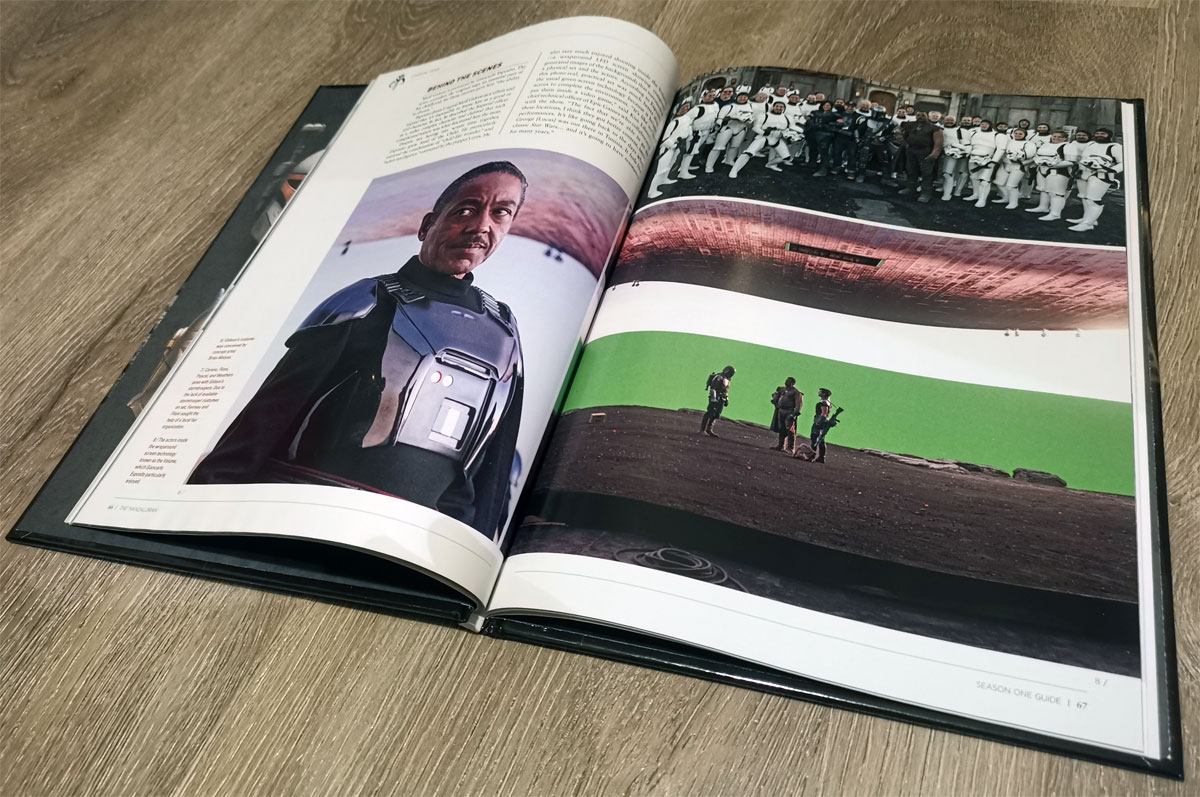 MOFF GIDEON: A powerful warlord at the helm of an Imperial remnant, Moff Gideon has only one purpose: to seize the being known as the Child.

Then you have the fantastic characters themselves from the Mandalorian (aka Mando) or Djarin to The Child (aka baby Yoda) or Grogu to the insidious Moff Gideon. Each of these character bios go into their history, including a snapshot of what happens behind the scenes which really gives you a great overview in this series. I loved seeing the puppet masters for Grogu. 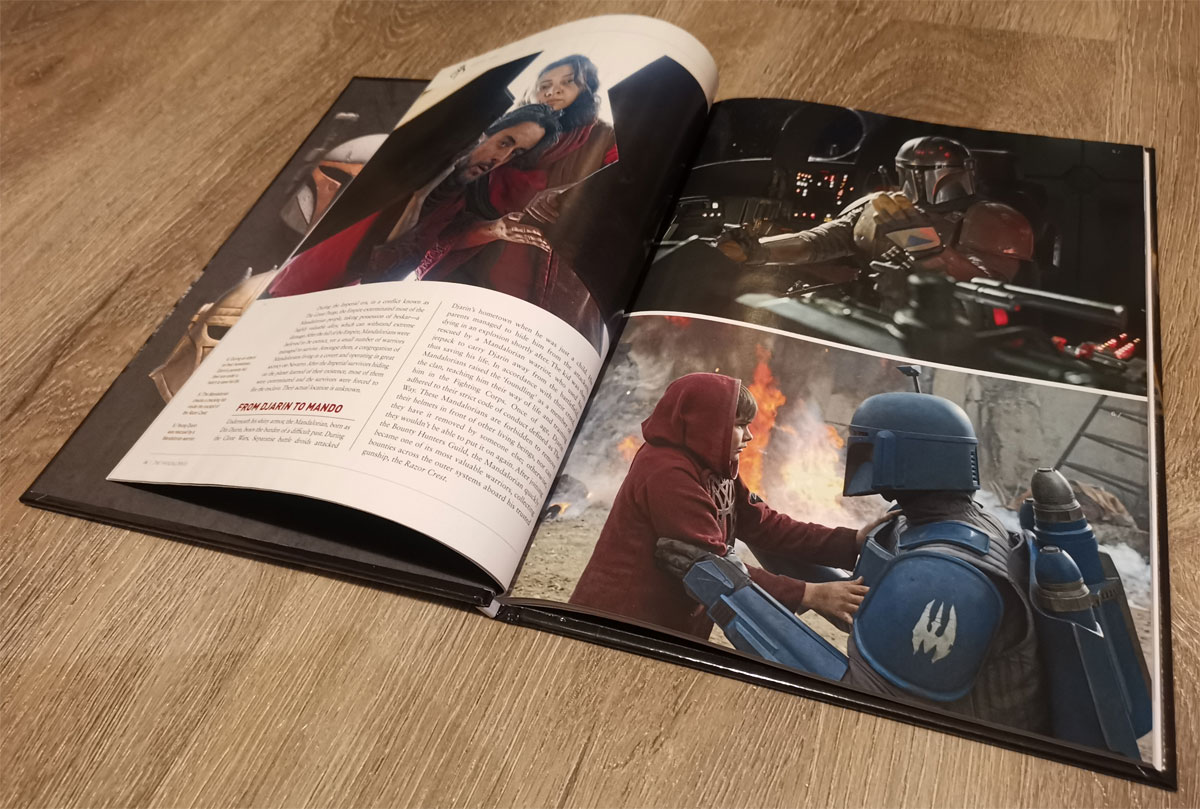 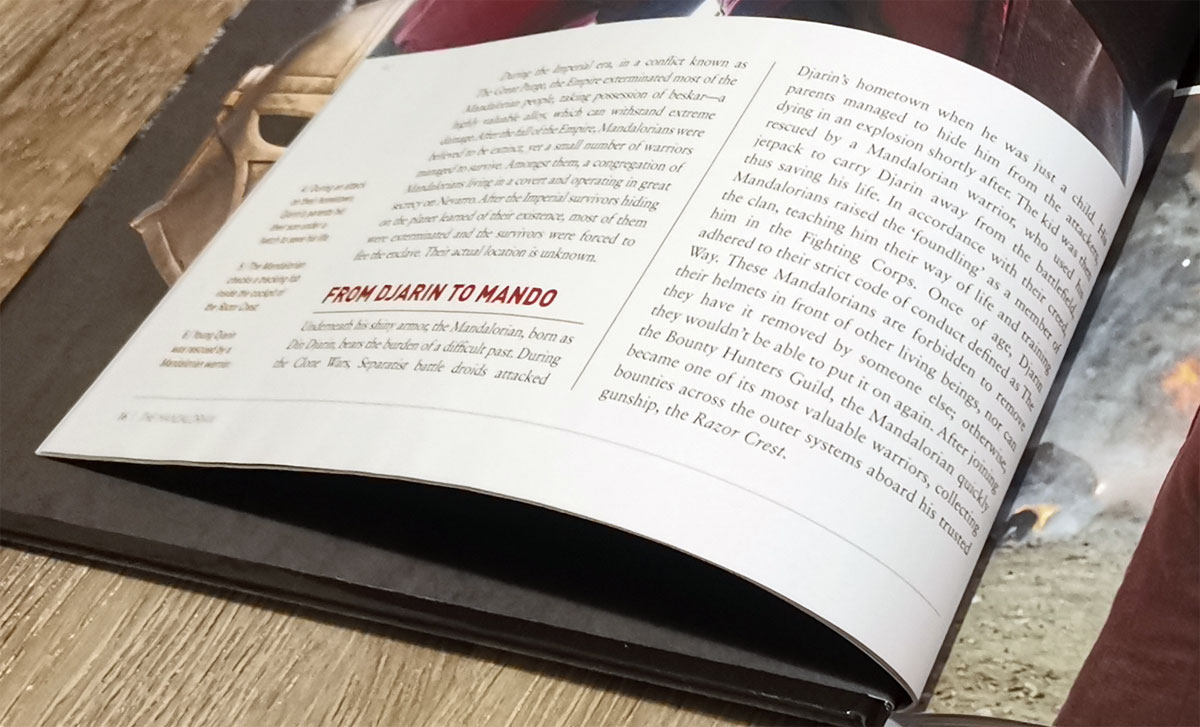 The other characters include Greef Kargo, The Client and Doctor Pershing, Kuiil, IG-11, Carasnthia “Cara” Dune, The Armorer and lastly Hunters and Prey. Hunters and Prey highlights some of the lesser featured characters such as the offworld Jawas, Fennec Shand or the Sorgan villagers. Finally, there is a section on some of the locales of the series to the vehicle such as the famous Razor Crest or X-Wing with the last part of the book concluding with a handful of stunning gallery images. Needless to say both an informative and visual experience from start to finish.

FENNEC SHAND: Her great fighting skills, combined with a sharp mind, made Fennec Shand one of the most renowned assassins in the galaxy. 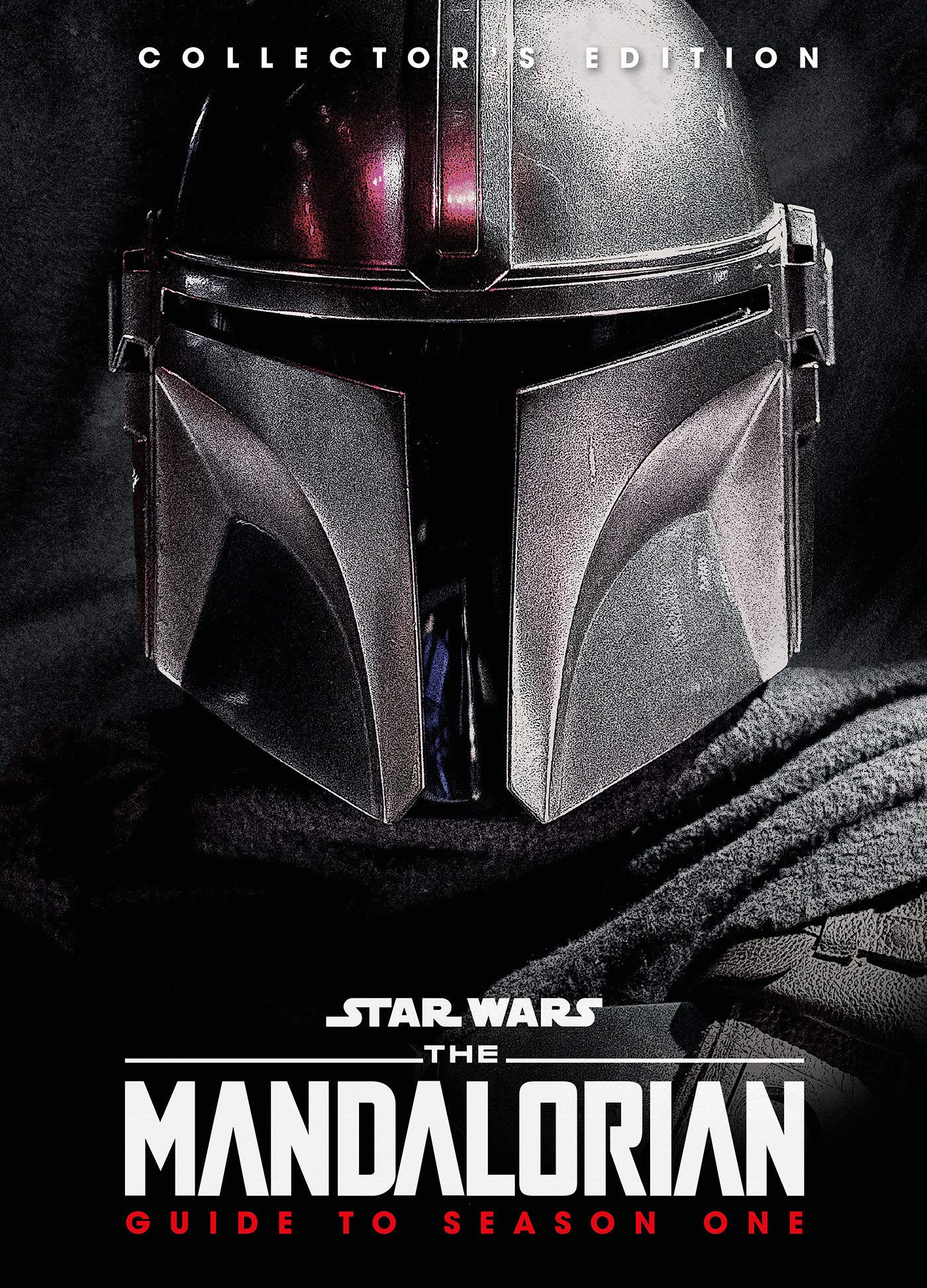 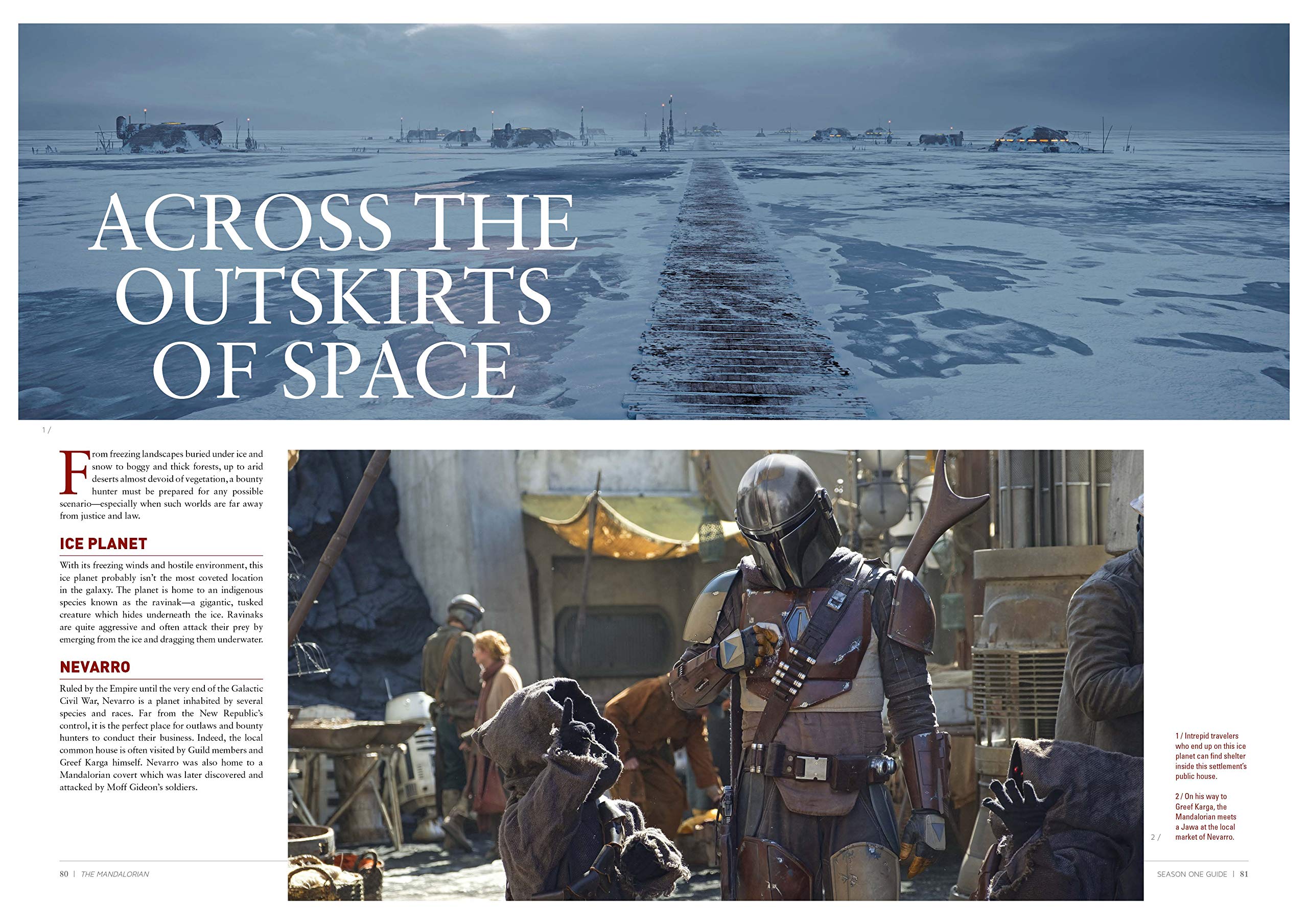 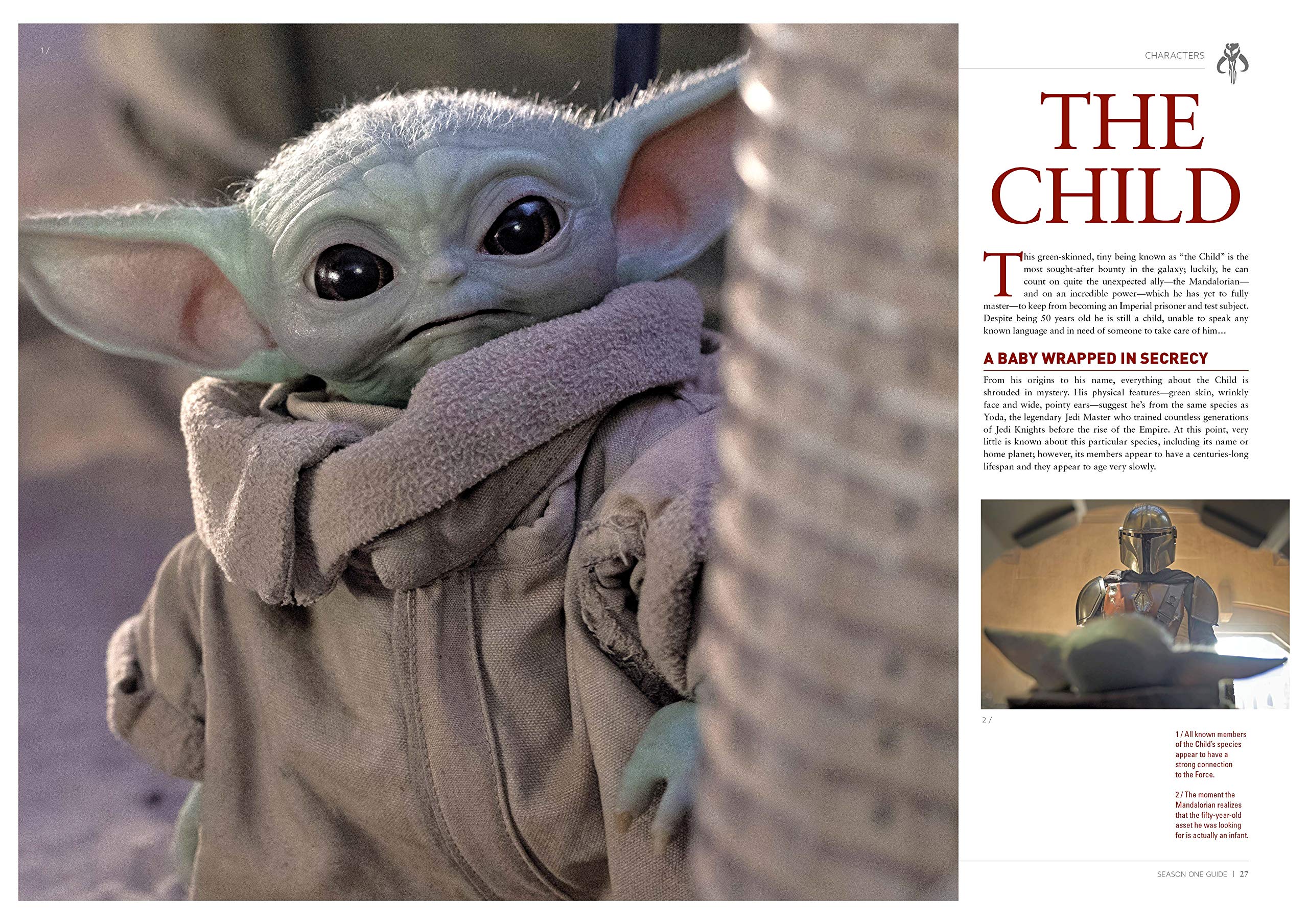 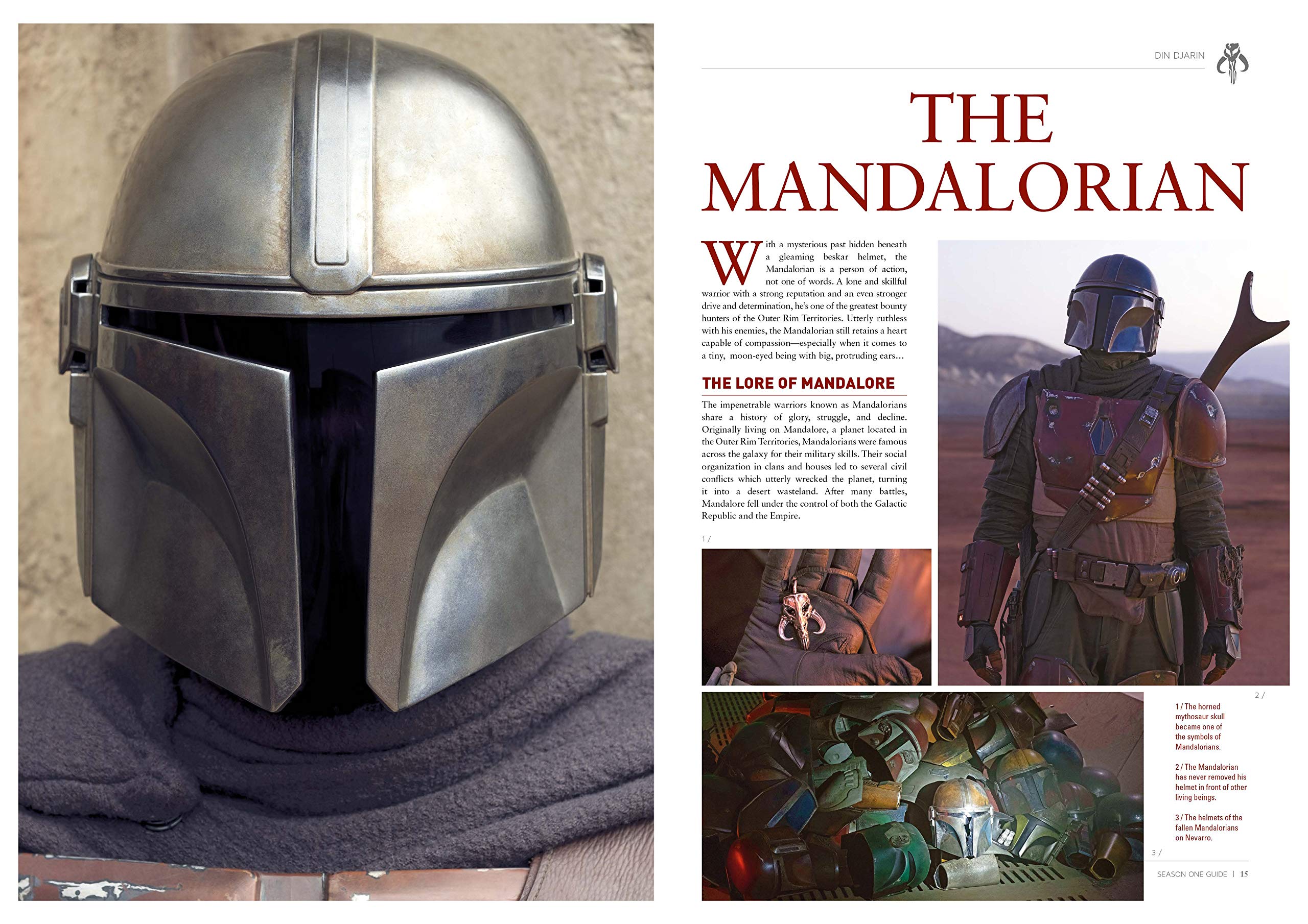 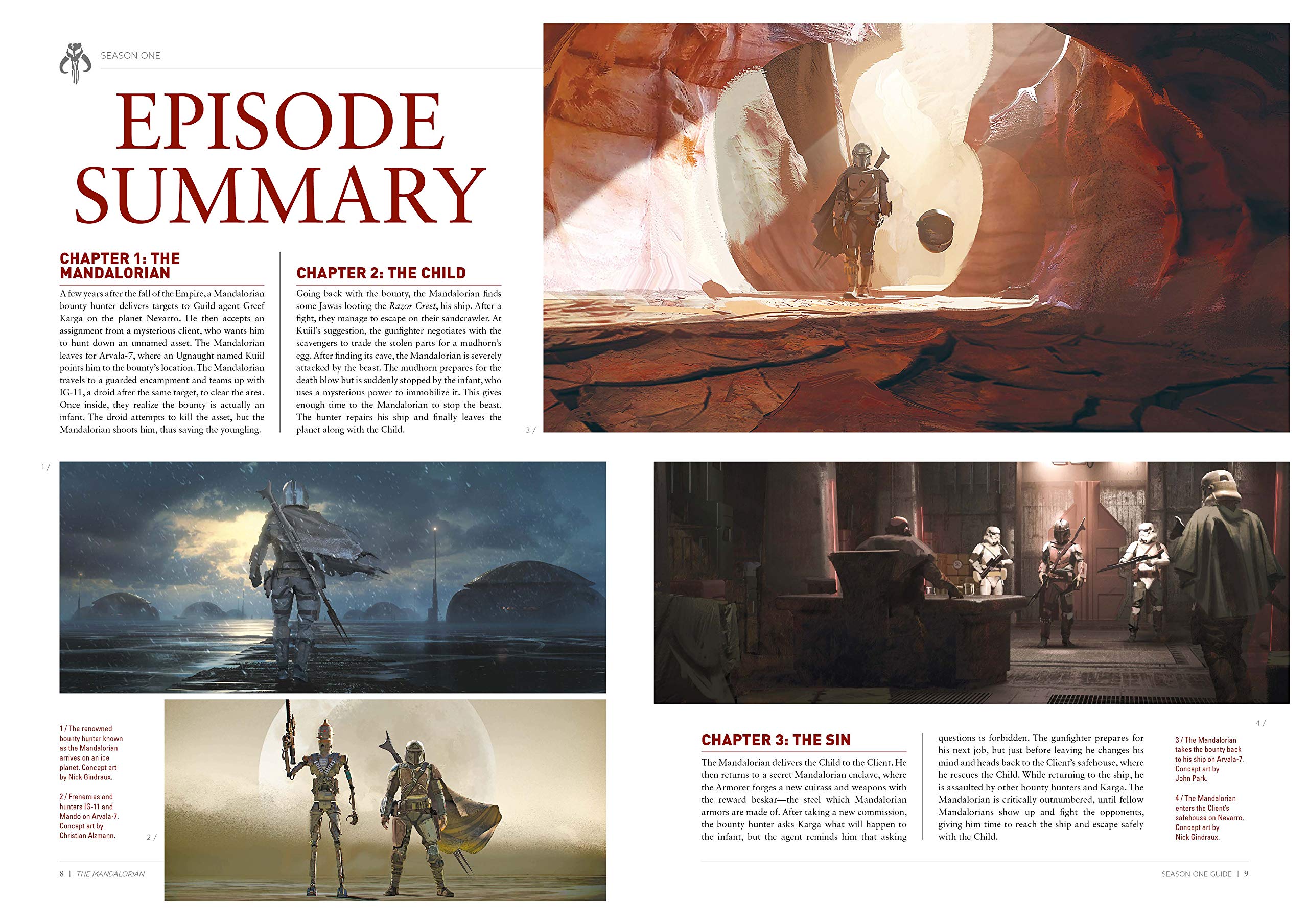 This is the “book” you’re looking and if you want to get Mandalorian fix, this guide to season one is filled with interesting information from the characters own personal history to their motivations plus some great behind the scenes information on the actors. For example, did you know that the Mandalorian star Pedro Pascal watched several samurai and western movies by Akira Kuroswa and Sergio Leone to get into character or that Kuill (I have spoken) bought his freedom through hard work  and labor where he accomplished what he was seeking most, to serve no one but himself? Well this book has it all!

Highly Recommended… I have spoken! 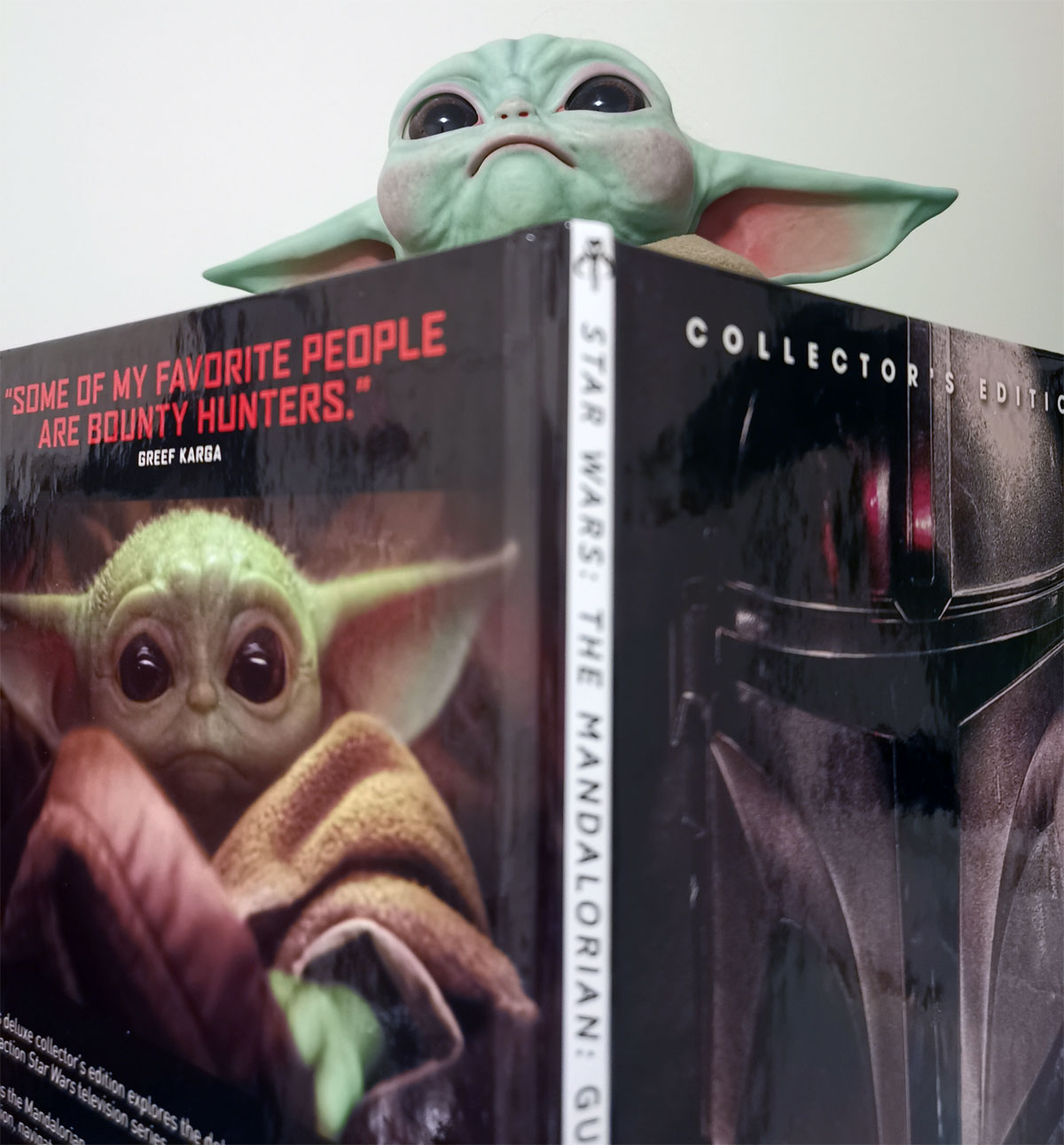