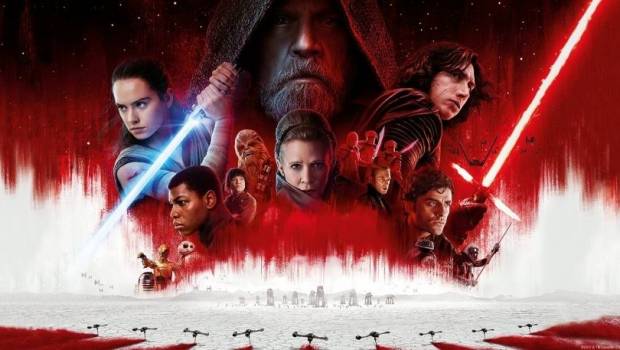 Summary: Star Wars the Last Jedi pays homage to what came before and thankfully adds to the overall mythology of this space opera

Star Wars the Last Jedi is a bold new direction for this franchise that is written and directed by Rian Johnson (Breaking Bad, Looper, The Brothers Bloom) who continues on the story that was built in Star Wars The Force Awakens. As The Force Awakens was a homage to Star Wars Episode VI: A New Hope, the Last Jedi gives the viewer a much more unique perspective on this universe but still contains all the nostalgia. 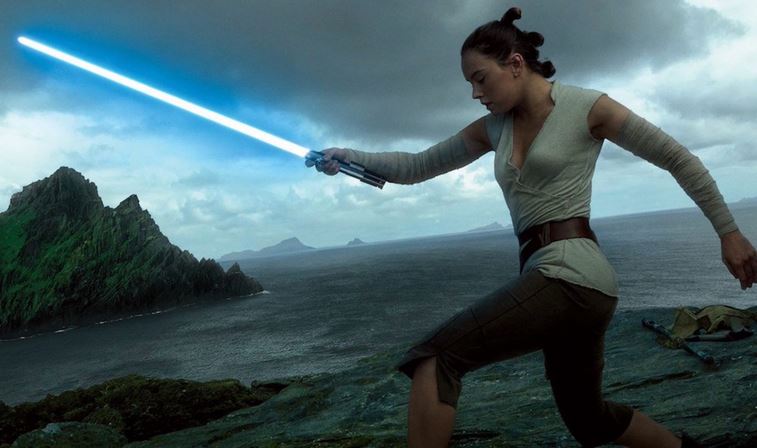 The story commences with the New Order on the trail of the Resistance as they try to flee in space and after a botched attempt at stopping the Order which sees General Leia (Carrie Fisher) severely injured, new character Vice Admiral Holdo (Laura Dern) takes control of the situation. Elsewhere Rey (Daisy Ridley) tries to convince exiled Jedi Master Luke Skywalker (Mark Hamil) to train her in these ancient arts, however our once hero of the Rebellion sees something dark within her. Although Rey valiantly tries to persuade him, including helping the Resistance, he declines as he believes himself responsible for the destruction of the Jedi Academy. 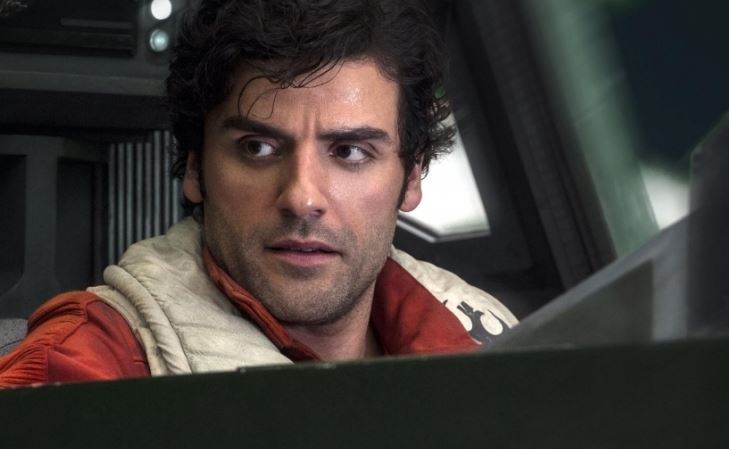 This does force Rey to confront Kylo Ren (Adam Driver) as the two almost share this romantic Jedi connection throughout the film which does lead to the discovery of her lineage. Rey however does decline Kylo’s offer to join the darkside which triggers him to challenge his master Supreme Leader Snoke (Andy Serkis) in a truly spectacular fashion. Back with the Resistance, Finn (John Boyega) and another new character Rose (Tran) escape the chase in order to find an Imperial codebreaker to help fuel their escape from the New Order as ace pilot Poe Dameron (Oscar Isaac) attempts to convince Holdo of another way to help secure their freedom. Even though Poe is ‘grounded’, his character still plays an import role of events in the film.

Without spoiling the story any further, Star Wars the Last Jedi is a true space soap opera that features plenty of action, drama, classic space battles and cliched villains all set to the expanded backdrop of the Star Wars universe. Of course with the good comes the bad and for me, this film did feel disjointed to The Force Awakens due to the different directorial approach and as a result, certain elements were skimmed over such as Captain Phasma (Gwendoline Christie), the role of General Leia and to some extent the handling of Luke Skywalker who is a broken and perhaps slightly mad Jedi. 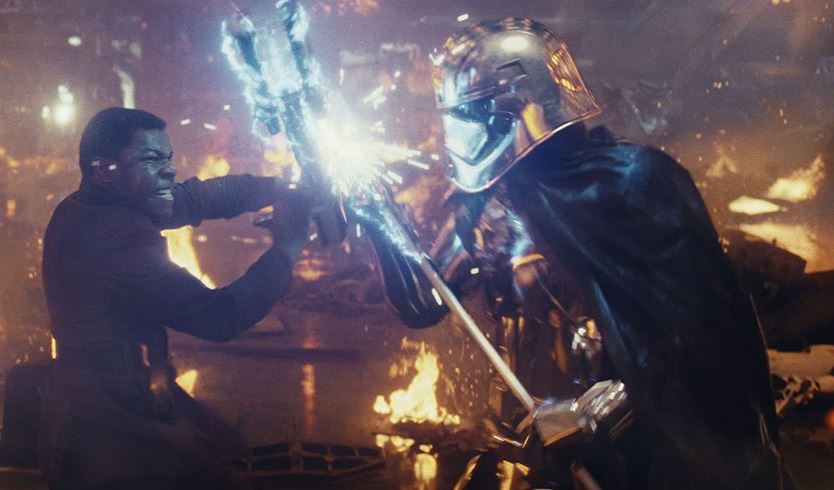 Nonetheless, Luke’s scene at the end is almost worth the admission price alone and I think some of the inconsistencies of this film was due to the amount of characters that director Rian Johnson attempted to use. Even so, it was fun seeing Luke and Rey together, including new characters Rose and Holdo plus seeing the relationship between Rey and Kylo explored. Overall, Star Wars the Last Jedi was a good old fashioned pop corn movie that is a visual treat on Blu-ray, particularly with the inclusion of 3D with some killer special effects. 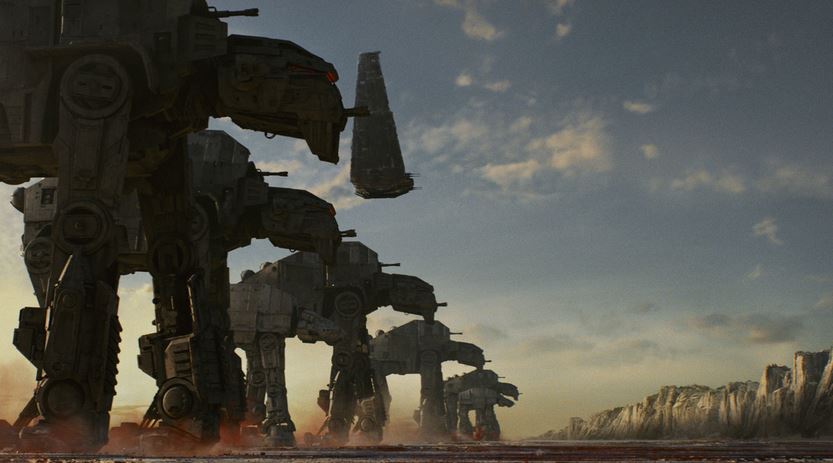 Visually, Star Wars the Last Jedi looks amazing on Blu-ray which really brings the special effects to life, including larger than life colours and unparalleled sharpness thanks to the 1080p transfer. This release from Disney definitely borders on reference material and is easily one of best renditions of this franchise. The 3D of Star Wars the Last Jedi is a subtle experience, however at times, this jumps at you to ensure that you are still watching a 3D movie, especially with the battles.

In terms of the Blu-ray 3D vs the standard Blu-ray, the quality is similar, however the 3D version is slightly muted. Audio booms courtesy of the DTS-HDMA track that produces excellent sound quality with extremely clear dialogue and some larger than life explosions that really make use of your surround sound. 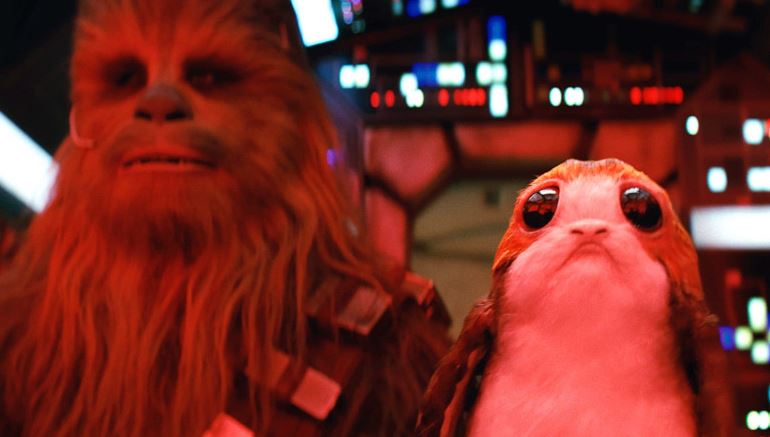 For special features, this release is jam packed with extras that goes beyond the film and gives the viewer an insightful look into the franchise, the creation of the film, it’s characters, the cast and crew plus some interesting deleted/extended scenes.

In this 3-disc release, the first disc is the feature film in 3D that has an aspect ratio of 1.78:1 with the second disc being the standard Blu-ray version with an aspect ratio of 2.39:1 plus commentary by writer/director Rian Johnson. Johnson discusses the direction and creation of the film in detail, including his passion which shines through on the commentary.

The third disc contains all the Blu-ray Special Features that includes the following; 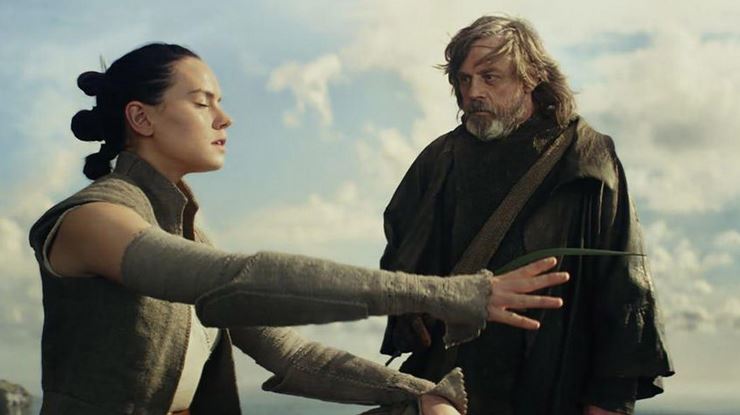 Being an old-school fan of Star Wars, I can understand how this modern rendition of this franchise almost tore the internet in half. Overall it was an interesting premise, although some elements were either skimmed over or rushed through that did add to some inconsistencies, particularly with the previous film. Nonetheless, it was great seeing Mark Hamil as Luke Skywalker again, including expanding on the new cast. All in all, it’s a strong release on Blu-ray that takes the franchise on a new direction, much like A Star Wars Story: Rogue One. 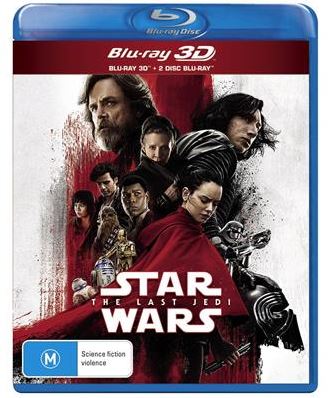