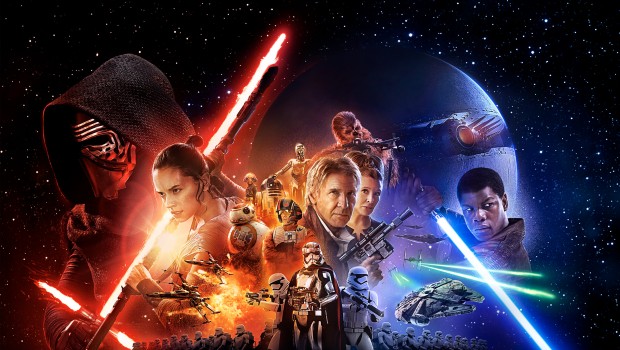 The original Star Wars trilogy didn’t need a sequel. Nor did it need prequels for that matter, as it was a perfectly self-contained and energetic set of Saturday matinee-inspired films that exquisitely followed the hero’s journey mythology. This is partly what scores of fans reacted against with George Lucas’ prequels, which gave us new information we never asked for, and a conclusion that we were already expecting. Of course, those films also fundamentally forgot that Star Wars is an all-ages story, that it is at its core about a ragtag group of people who all find the best aspects of themselves by coming together. To quote what is surely the most replayed line from the marketing to date, “We’re home.”

Director and co-writer J.J. Abrams structures Star Wars: The Force Awakens in the same way as the original film, introducing us early on to the dissatisfied First Order stormtrooper Finn (John Boyega), who already feels he is destined for a higher purpose. When he crosses paths with the cocky Poe Dameron (Oscar Isaac), a captured Rebellion X-Wing pilot who has hidden plans to the location of a key figure in the Rebellion, he spies a chance to escape his mandated life. After crash-landing on a desert planet, Finn encounters Rey (Daisy Ridley), a scavenger on the desert planet of Jakku. She refuses to accept any help, but once their adventure is underway, she discovers that she is part of something much bigger than herself. 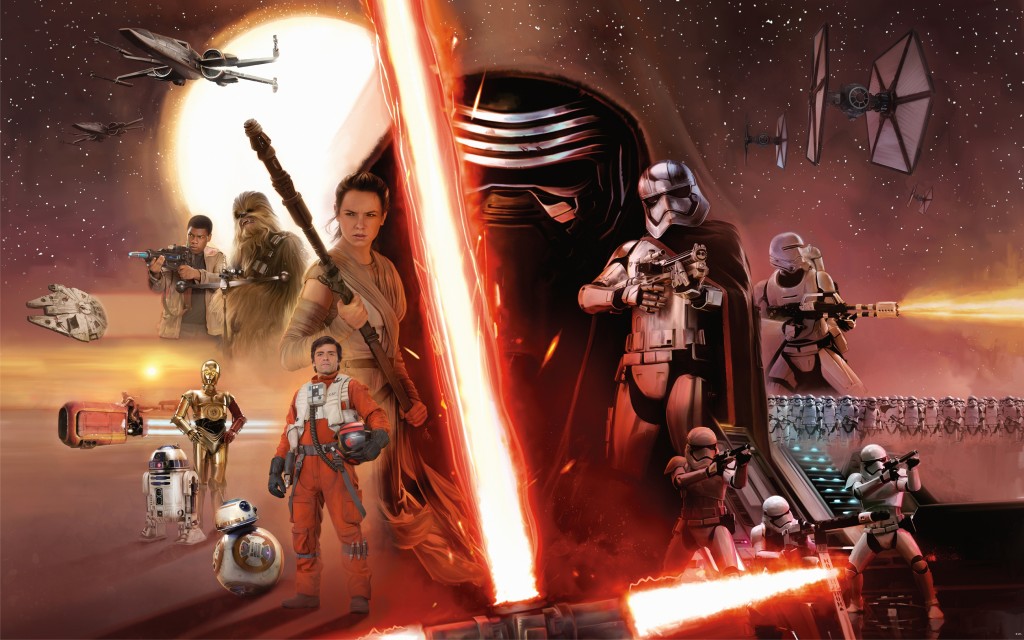 Which is where Star Wars: The Force Awakens finds itself as well, fully cognisant of the fact that it is launching an artefact into the cultural landscape that has the weight and privilege of a legion of fans across the globe. If any criticism could be made of the film, it’s that it winks at the audience one too many times to showcase its street cred, but these moments are joyful rather than subservient to its legacy. Comparisons to Lucas’ prequels will be inevitable, but what Abrams remembers is that Star Wars is not about trade embargoes, fancy costumes, and a showreel for special effects houses. While the latter two make plenty of appearances, Abrams reminds us that wordplay between equals, a strong female lead in the form of the fantastic Daisy Ridley, and a sense of awe are the fuel that kickstart this series’ hyperdrive. 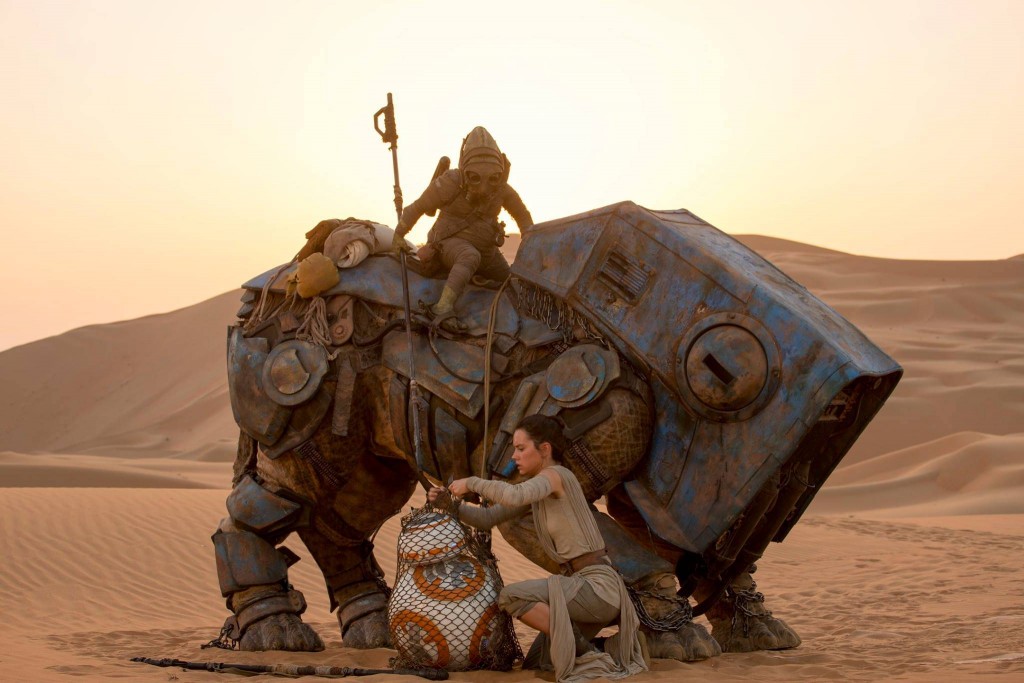 Visually stunning, Abrams leaves his mark almost immediately on the series by setting a grand tone in the opening moments. The familiar crawl certifies that this is the genuine Star Wars article without anybody having to say a word, and while the world of the First Order and the Rebellion are an organic offshoot of the Empire and the Rebels, J.J. Abrams’ and regular cinematographic collaborator Dan Mindel have mastered their own brand of slick modern action aesthetics. This is not so much about the lens flare, which still makes its obligatory appearance, but the tangible texture that comes out of almost every shot, the same way Abrams’ Super 8 glorified the Amblin films of the 1970s and 1980s. Yet the team also lifts visual cues to the original trilogy wholesale, doing what Lucas lost sight of by elevating them to a much grander scale than ever before, and in doing so creates something wholly familiar as well. 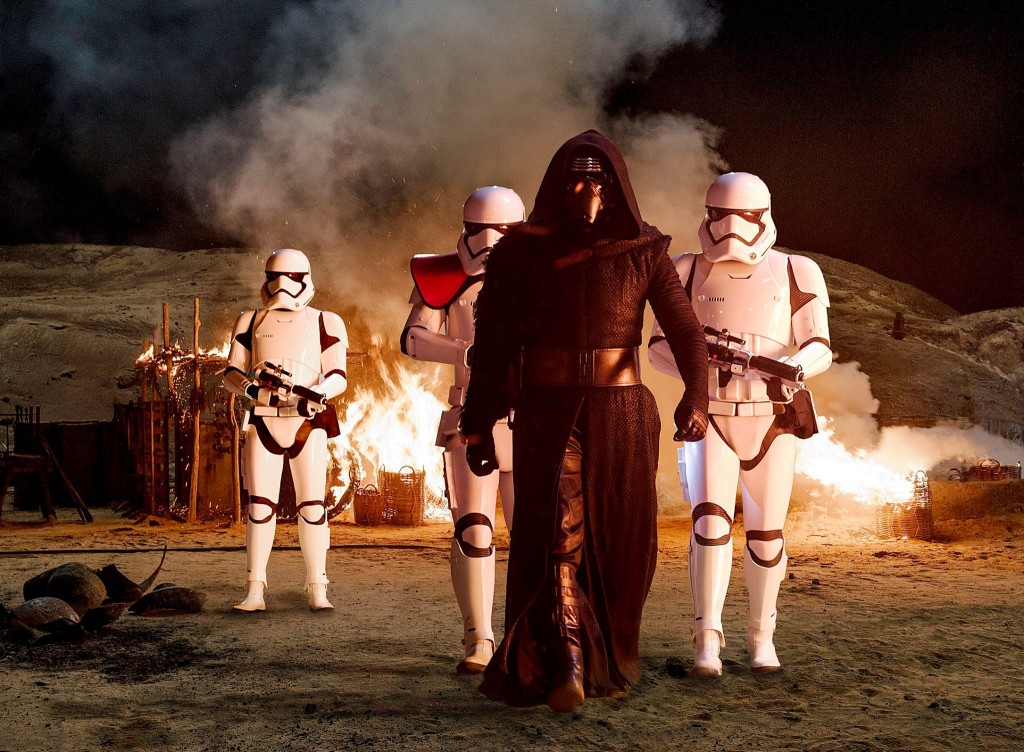 For many, this Star Wars film will simply be about getting to see some of the old  faces on screens that defined our cinematic experiences over 32 years ago. Some parts of the film will be pure fanservice, although in this context that could never be seen as a bad thing. If Star Wars: The Force Awakens has shown us anything, it’s that it is possible in this deeply cynical age to still have a new hope, and that it’s once again okay to believe in a story that is bigger than its bountiful audience.

Bio: Richard Gray is a writer and podcaster. As the host of and editor of Behind The Panels, he has been talking (at length) about film and comics for years, whether you wanted him to or not. Since 2013, he has been a regular columnist at Newsarama Best Shots. Richard also writes about film and television on The Reel Bits, and appears semi-regularly on the radio on ABC Overnights. He is currently writing his first book for Sequart on the history and evolution of Green Arrow, due out in 2016.

Summary: Star Wars: The Force Awakens is everything that fans could want it to be. It's a wholly organic sequel that is equal parts original trilogy and J.J. Abrams.