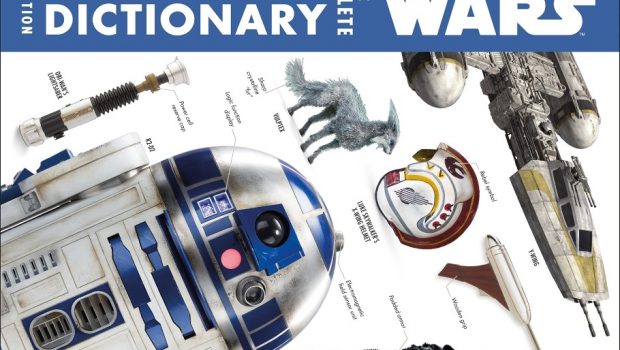 Summary: Star Wars The Complete Visual Dictionary New Edition (2018) is almost biblical with the informative content and amazing images... in other words a Jedi bible!

This almost Jedi biblical tome (Star Wars The Complete Visual Dictionary New Edition, 2018) is the perfect book for both fans and newcomers to learn about their favourite galaxy far, far away. At around 350 pages in length (you heard correctly), this beautifully presented book by DK is masterfully written by Star Wars scribes James Luceno, David West Reynolds, Ryder Windham, Jason Fry and Pablo Hidalgo whose knowledge makes you question if these writers call this universe home. Given that, Star Wars The Complete Visual Dictionary New Edition focuses on the characters, creatures, vehicles, weapons, props and items from all the films, right up until The Last Jedi (2017) and Solo (2018). 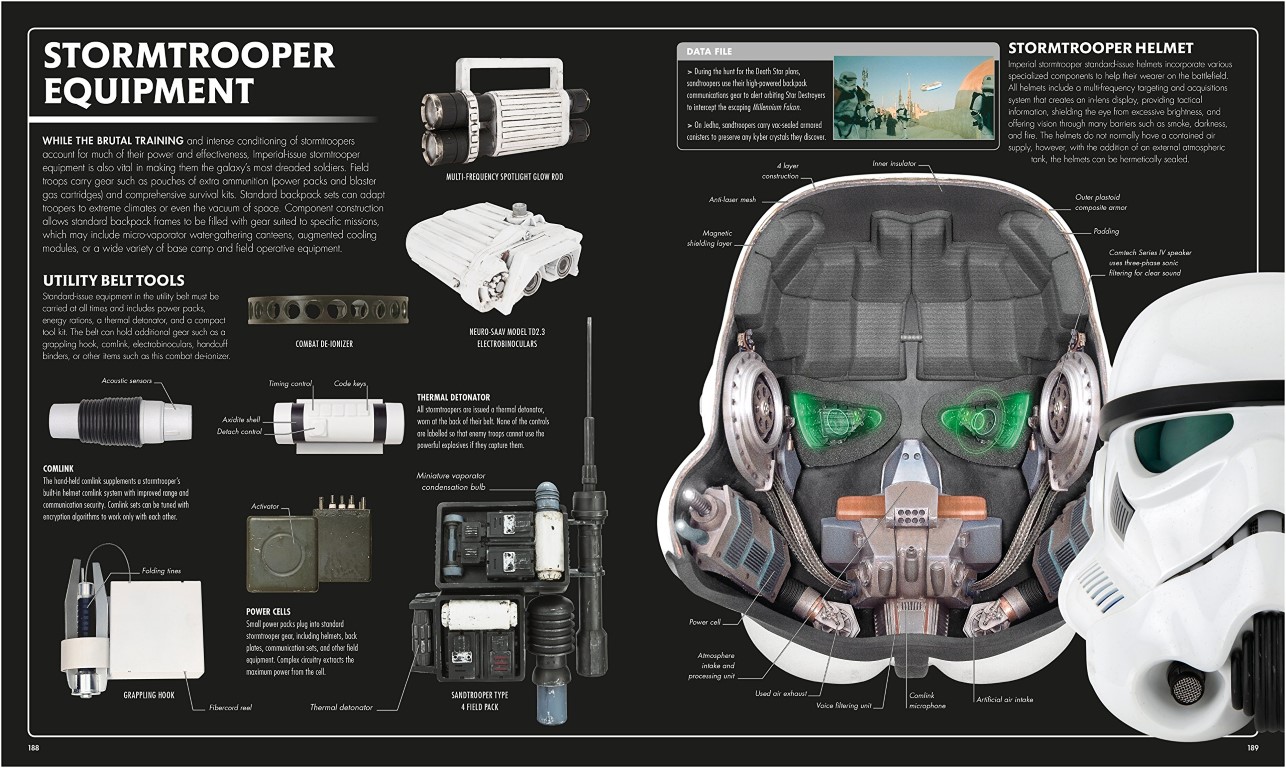 Given the diverse content and photos in this book, Star Wars The Complete Visual Dictionary New Edition is split into three main sections that include The Prequel Trilogy Era (e.g. Solo, Star Wars Episode II: Attack of the Clones), The Original Triology (e.g. Star Wars Episode V: Return of the Jedi) and The Sequel Era (e.g. Star Wars Episode VI: The Force Awakens). It also boasts an introduction, galaxy overview and special technology section, including an index plus acknowledgements. The galaxy overview highlights the main forces throughout the Star Wars timeline such as The Jedi Order, The Empire and The Resistance. So the question is where do you start with all this Star Wars goodness? The answer is either from the start, your favourite period or just start flicking through and more importantly, this makes the perfect coffee table book which you can always come back to, time and time again as you revisit this galaxy far, far away. 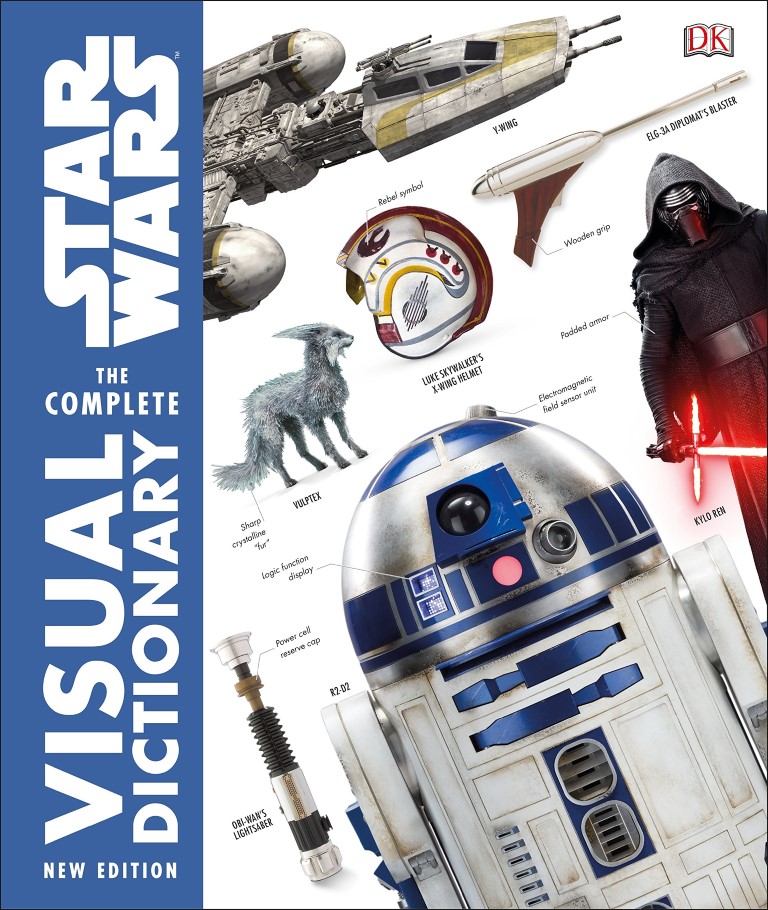 Another highlight of the book is that it showcases information that wasn’t disclosed in the film such as the internal working of a Stormtrooper helmet. Did you know that the helmet is made from an outer plastoid composite armour with inner padding that has a built-in power-cell, voice filtering unit and even artificial air intake? There’s also a great page on specialist Stormtroopers from the Shoretrooper to the Snowtrooper, Death Trooper and finally the Scout Trooper who raced around the forests of Endor. Want to know more about the alien Tessek or J’Qille, there’s even a brief blurb about these background characters. Who exactly are the Jawas or who is the murderess Dr Evazan? Of course, all the popular characters are there as well like Luke Skywalker, Rey, Chewbacca, Han Solo and the perfect villain, Darth Vader himself. However where Star Wars The Complete Visual Dictionary New Edition shines for me is the information on the lesser characters like Hermione Bagwa who works at Dexter’s Diner and managed to make her way up the chain of Coruscant in order to work on the surface or that General Veers was one of the masterminds on the assault on Echo Base on the planet of Hoth. It’s these interesting elements that makes this such a great and enjoyable read. 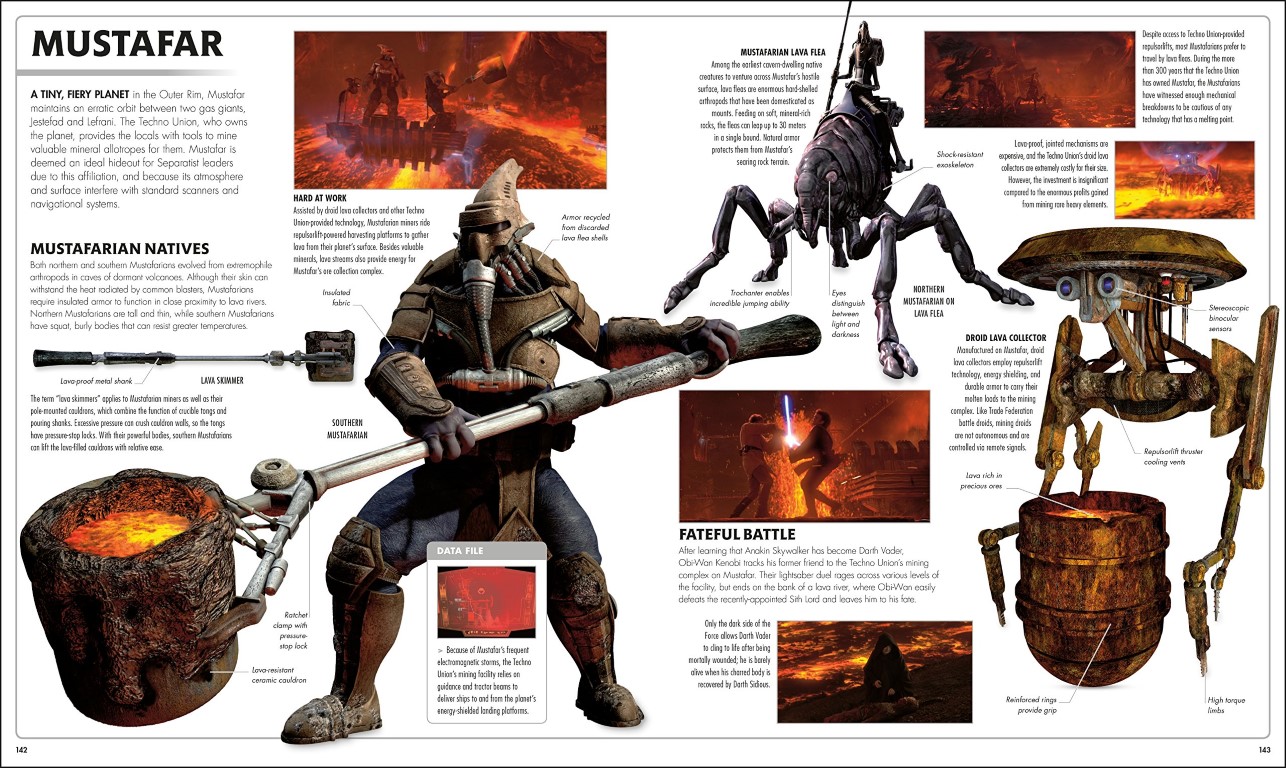 Needless to say, there’s a wealth of information in this book that is even a history lesson on this amazing universe created by George Lucas that goes well beyond the films. It’s interesting to learn these tidbits such as ace pilot of the resistance Poe Dameron’s parents were part of the Rebel Alliance and that he has adopted the old symbol of the alliance. Furthermore, it’s great seeing the characters grow and age through the Star Wars universe such as Han Solo whose scoundrel’s luck unfortunately ran out when he went to face his son Ben Solo (Kylo Ren). Once again, Star Wars The Complete Visual Dictionary New Edition is an awesome history lesson on this sci-fi universe that is brought to life with the interesting text and wondrous images! 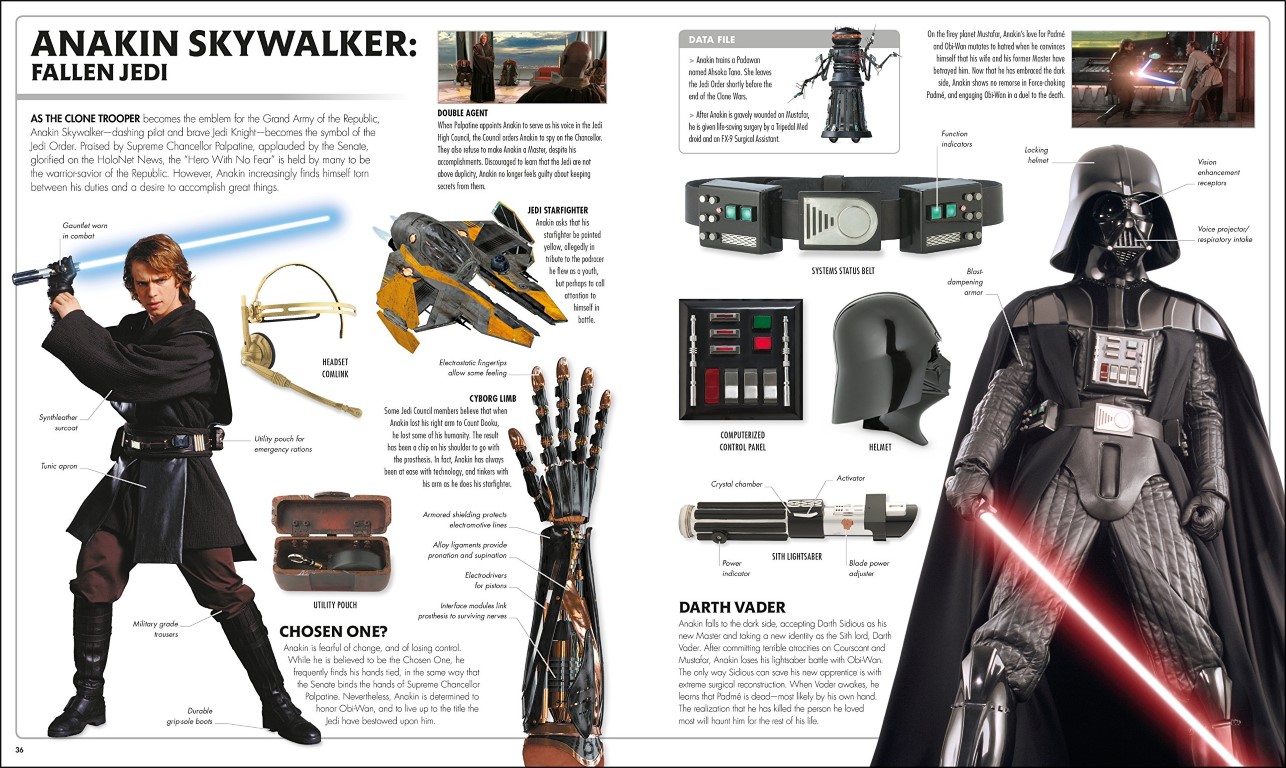 With over 1,500 images and some excellent text to accompany them, the Star Wars The Complete Visual Dictionary New Edition is a must have hardcover book for all fans as we follow our favourite characters such as Princess Leia and Luke Skywalker through their Star Wars journey that goes behind the scenes with special meanings for equipment and symbols, including the tech and how it works. 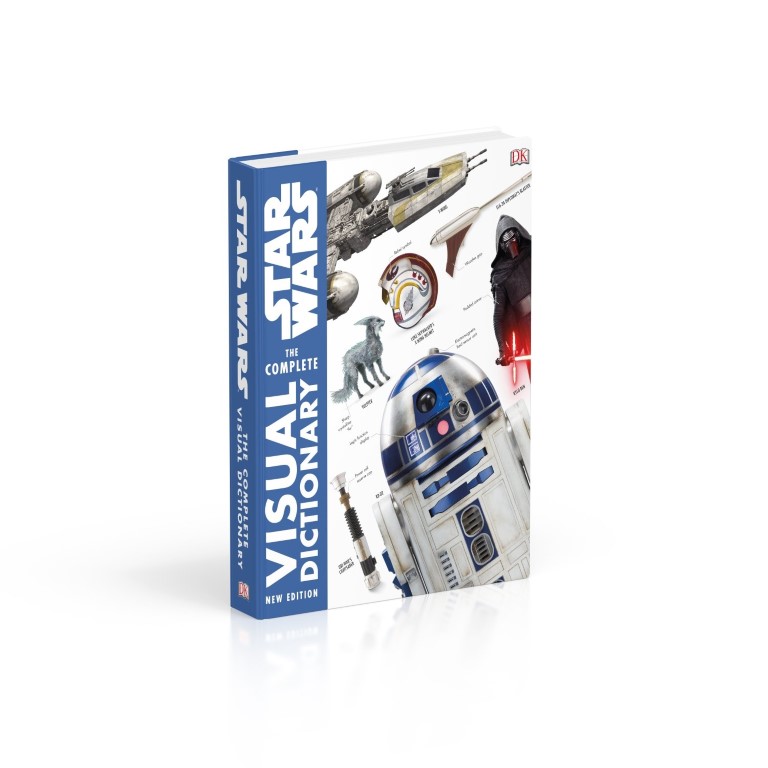