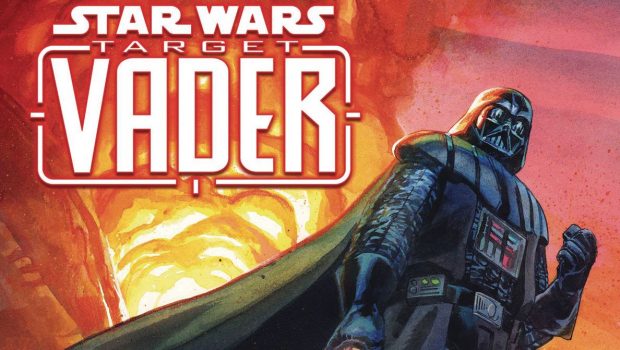 Summary: A secretive organisation called the Hidden Hand has targeted Darth Vader for death and he will do anything to stop them.

A secretive organisation called the Hidden Hand has targeted Darth Vader for death and he will do anything to stop them. His previous methods having failed he is interrogating Valance, a former Imperial now a bounty hunter and he arranges events so that he ends up doing what he wants for him.

If you think about it Darth Vader is the classic boomer, all he has is his job and his kids hate him. He never even gets to take the mask off except for in his man cave. He does not really have any hobbies apart from working on his Tie Fighter. This story should not work as well as it does but manages it even in a short amount of pages.

There has been another popular series based around Darth Vader I have heard of but this is another story not related to that I believe. When Star Wars first came out George Lucas did not consider how popular Darth Vader would be with the fans. I remember there not being enough toys and you could not even get a plastic mask for love or money. I had always wondered why I got a Tie Fighter pilot for Christmas (I was happy with it anyway.)

Another comic where I would like to go back and read the other ones in the series to get the full story. Just reading this one is fine and I got a lot out of it and it is some great world building for the series. With Disney taking over the franchise everything is officially not allowed to contradict things that are in the movies so it is a lot easier to follow.

I would recommend getting this if you want a self-contained story as part of a shorter story and don’t want to commit to buying a lot of comics to follow the series.