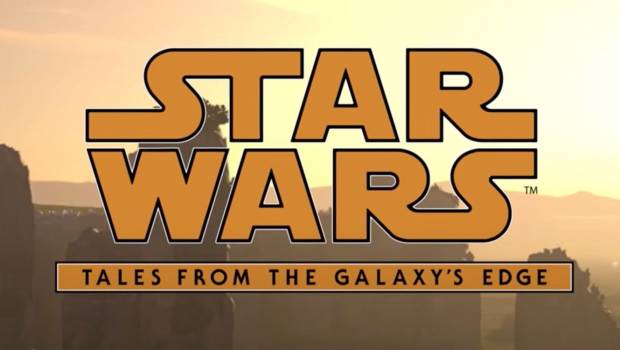 Star Wars: Tales from the Galaxy’s Edge ties in the theme park attraction to a game. Sort of a fun interactive commercial. Thankfully, it never really feels like that. It just feels like you are a character in this huge galaxy of adventure.  Nothing conjures more to the vastness of possible stories than the Star Wars franchise. A whole Galaxy of possibilities. ILMxLAB takes full advantage of this with Star Wars: Tales from the Galaxy’s Edge, in a refreshing move away from the done to death Empire/Rebellion saga.

This time we get to step into the virtual shoes of a droid technician who is onboard a cargo hauler. Who unfortunately thanks to our boss, runs afoul of a crime syndicate.

Do not get me wrong, I am all about going against some tie fighters or blasting storm troopers. It is nice though to see other perspectives and thanks to this VR experience another type of adventure. 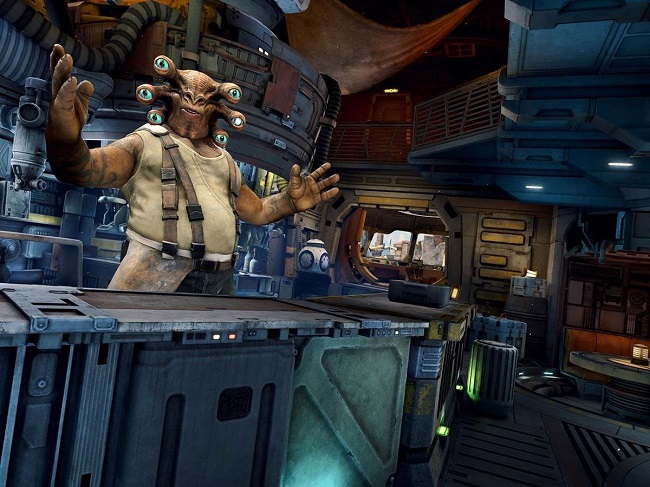 Oh wow, what an experience! The devil is in the details and small things make for a more immersive adventure. So here we go.

Star Wars: Tales from the Galaxy’s Edge eventually takes place on the outskirts of Black Spire Outpost on the planet Batuu. However, we start out in space on a cargo-hauling run that of course goes bad.

Introduced to the controls and bits of equipment at our disposal during this sequence, as we have to go check on some of the cargo. This all takes place as a prologue for our adventure.

The game just feels incredible. There is a sense of scale to everything. You get that right off the bat from exploring the cargo. Looking out of the view windows is humbling, looking out at space and the planet below.

When instructed to go check on some of the cargo, we get to see a bit more about the item strapped to our left wrist. It has three buttons and is a scanner, a communications device and a GPS that tells you where you need to go.

Here our multi tool is introduced. It can charge things up with an electrical charge. Alternatively, unscrew screws and bolts. My favorite it is also a welder to un-weld things. This to me is one of those small details I mentioned. Granted, this is a game distraction to make the game a tad longer. HOWEVER, a rather cool distraction, and tasks hold a bit more meaning when we have to do them manually.

The jet pack is introduced as well and before you get too excited, it only hovers just a bit off the ground. Enough to reach a platform or get down from a not overly high place. The controls are not gradual either. Rocketing you up to its predetermined height, then back down again at the press of the correct controls. The jet pack is not a very exciting thing in the abilities it presents. So much so, I actually forgot all about it during a mission and ended up getting a hint through the communications channel that made me go Oh yea, I have a rocket pack. 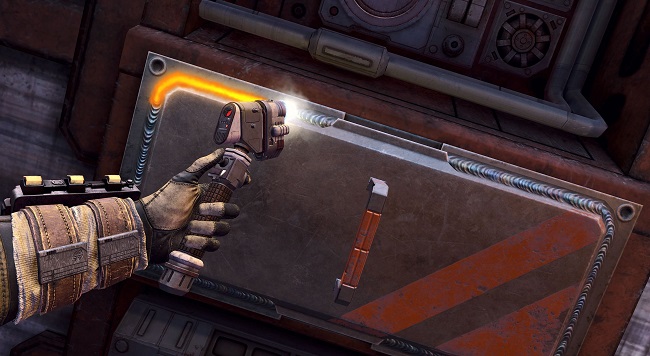 Not long after you go through the introduction mission to familiarize yourself with the controls, all hell breaks loose. True to form and much to the delight of Star Wars fans, the designers have more than done their homework abought the huge worlds and beings in the Star Wars Franchise. Because when all hell breaks loose, it is in the form of the Guavian Death Gang, also known as the Guavian gang.

This in itself dates the adventures that play out. Because the Guavian gang was running around the galaxies around thirty years AFTER the battle of Endor. They had been pushed out of the core worlds after the collapse of the Galactic Empire. As a sci fi fan, I love the lore and history and, attention, to detail they throw into the game.

Through our first blaster fights, we learn that Blasters can over heat and they have to be vented by hand. Kind of cool, and one of those little details that makes a game that much more immersive.

These events lead us down to the planet Batuu. There are plenty of blaster battles and scouring for items along the way as well as meeting incredible and interesting characters both known and unknown from the Star Wars Universe. 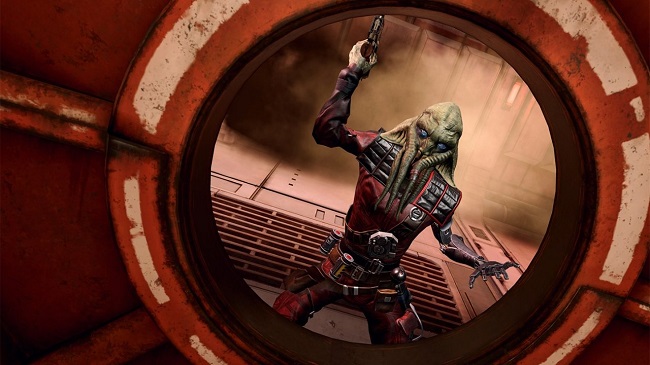 Such characters like R2-D2, C-3PO (Anthony Daniels), and Mubo (Matthew Wood), owner of Black Spire Outpost’s Droid Depot. One of the new characters we get to meet is Seezelslak (Saturday Night Live’s Bobby Moynihan), a cantina owner with a knack for telling stories which actually come into play for add on adventures for this spectacular VR game into the Star Wars Universe.

With add-on adventures that expand the main Star Wars adventure; players will get to, not only visit new locations and stories. They get to visit different eras of the Star Wars Universe. PLUS, they get to BE the new primary character in those stories. How awesome is that? 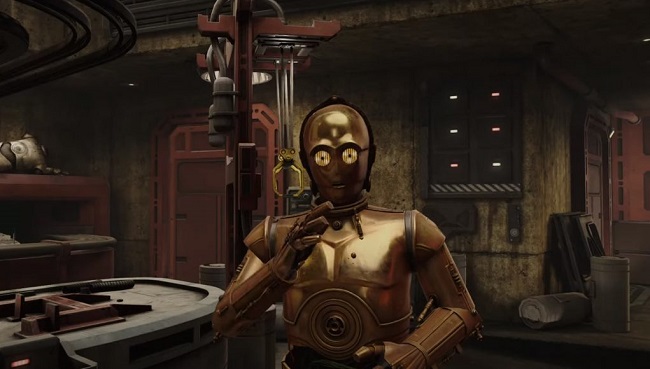 The first installment is already out. Temple of Darkness set during The High Republic era of Star Wars universe. Players are a Jedi Padawan and even gets to learn from Master Yoda (Frank Oz) himself.

Voice acting in this game is nothing less than stellar; each person voicing a character really brings that character to life. You tend to buy into those characters visuals with how they present themselves voice wise and you fully immerse into the world and these characters. 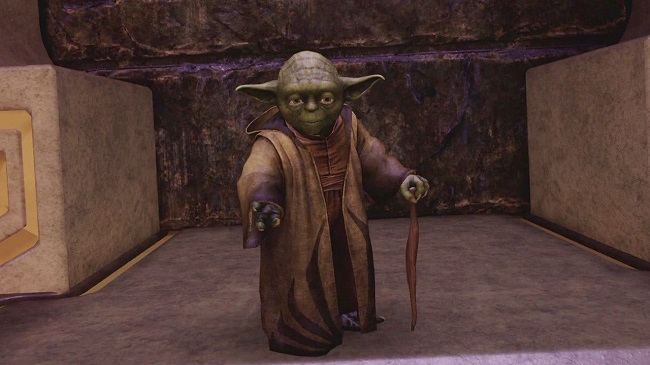 All I can say is, if they keep up with the detail and level of adventure with more add-on adventures, or even more Star Wars games of this caliber then Virtual Reality gaming is here to stay and getting better every day and with every game coming out. Now that more and more publishers are treating VR like it is more than a fad. 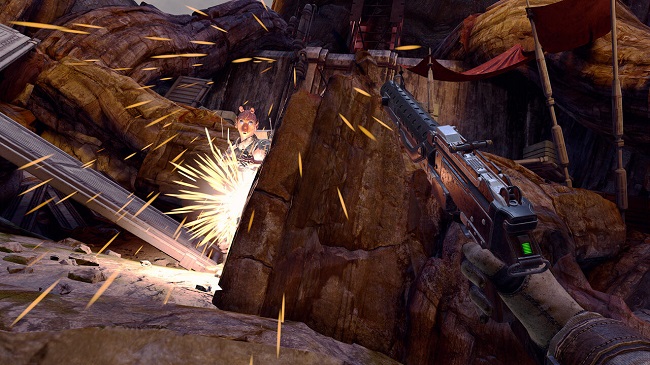 Done right, VR can really immerse a player into other worlds and stories. Star Wars: Tales from the Galaxy’s Edge is an impressive example of what can be done. It is short in my opinion, you just do not want it to end and wonder what is coming next. Yes please, may we have some more? 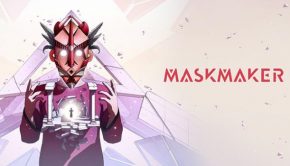 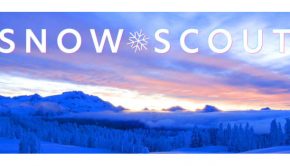