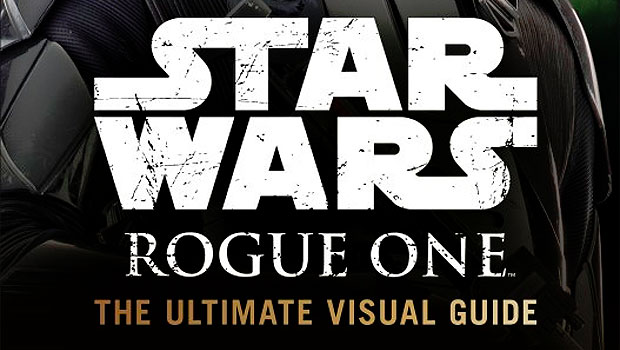 Summary: Star Wars Rogue One The Ultimate Visual Guide is an amazing compendium to the blockbuster film!

This beautiful and engaging hardcover book from DK is all about the latest Star Wars film, Rogue One and is eloquently titled The Ultimate Visual Guide. The book is written by Pablo Hidalgo and created in collaboration with Lucasfilm to give the reader some unparalleled information about this new film that contains detailed information about the characters, vehicles, locations and equipment which appeared in Rogue One. More importantly, Star Wars Rogue One The Ultimate Visual Guide is filled with stunning imagery from the film, including never before seen illustrations thanks to Kemp Remillard that takes you behind the film. 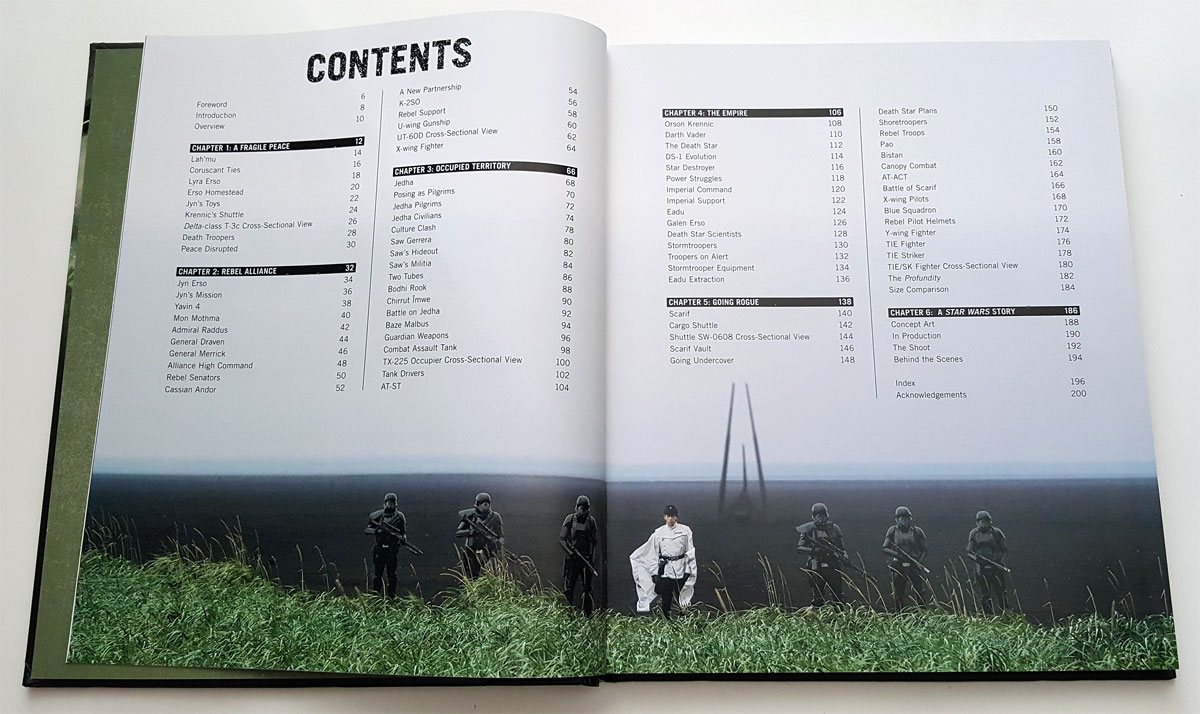 In terms of book quality, DK should once again be commended on producing such a high quality book with exceptional paper stock that really make the images jump from the pages. It’s also well bound and the cover features one of the Death Troopers from the film with its ominous look that really suits the content contained, especially with the dark story of the Rogue One. Inside the book, you’ll find information about the first Death Star, engaging character profiles such as Jyn Erso, Saw Gerrera or Director Krennic plus and detailed cross sections of some the vehicles and locations, including new planets such as Eadu and Jedha from Rogue One. 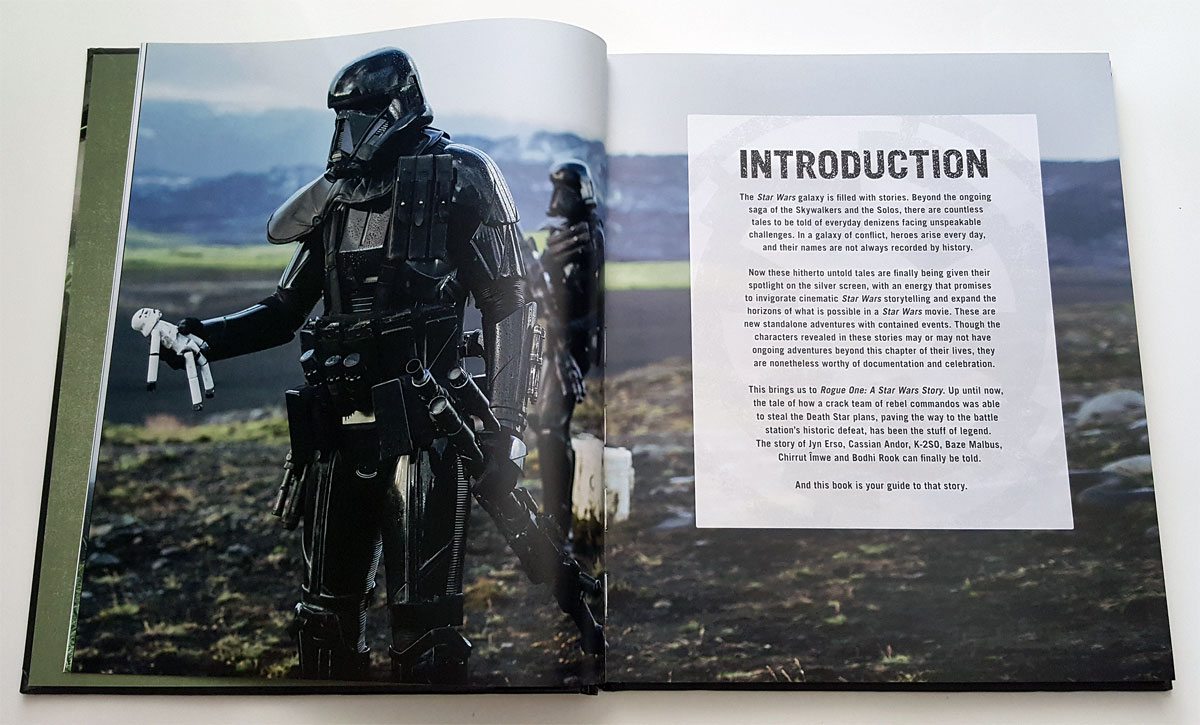 As this is a relatively new film, I was actually quite impressed with the content and the only one drawback from the film was that there was no character profile on Grand Moff Tarkin and I would have loved a full colour spread dedicated to this character and more importantly the CGI used to recreate actor Peter Cushing. Nonetheless, the content is still quite exceptional and this is easily one of my favourite Stars Wars books of 2016 as it explores the new creations for this franchise like the aforementioned Death Troopers or their familiar brothers in-war, the Storm Troopers to vehicles like the Imperial AT-AT Walkers or the Rebel’s U-Wing to Kyber crystals from the planet Jedha which were used to create lightsabres. 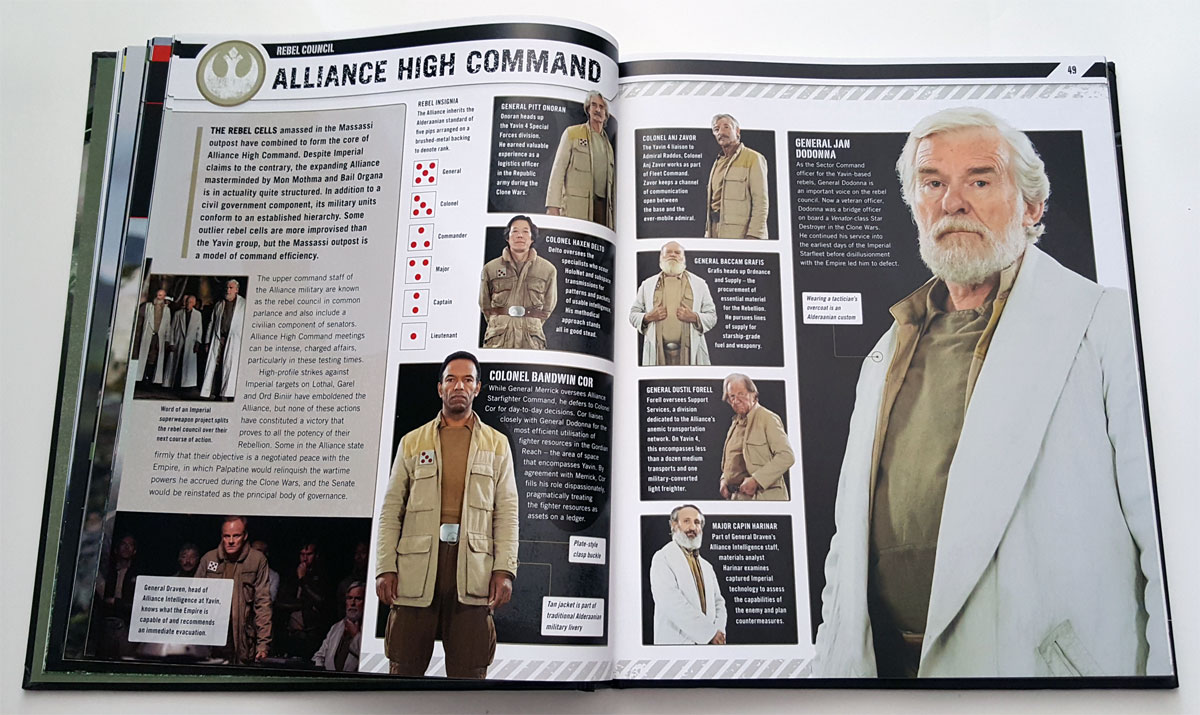 Star Wars Rogue One The Ultimate Visual Guide also has an interesting foreword by Executive Producer John Knoll who was the person responsible for creating and initiating this story that is set just before Star Wars Episode IV. From the foreword, you can really see the passion behind his love for Star Wars and how he wanted to do the story justice and after seeing the movie, albeit it was a little dark, I can happily say he succeeded. Another great feature in this book is the Star Wars timeline which is an overview of events, places of importance on a galactic map, including the new planets. 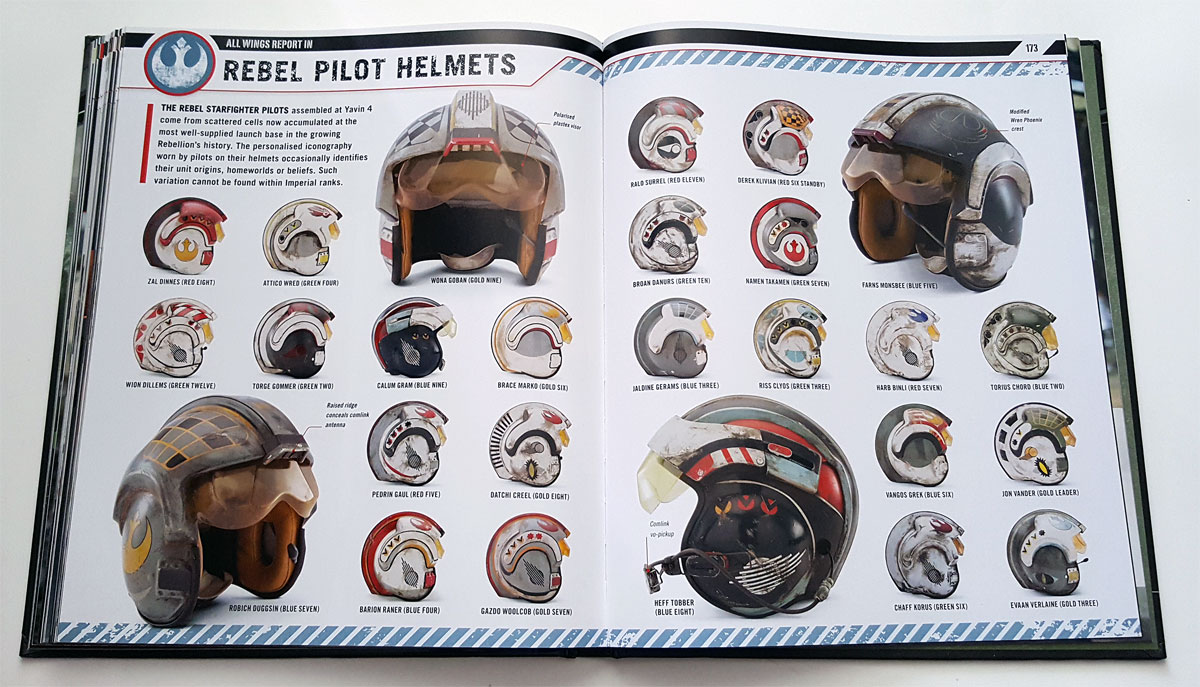 Furthermore, this book is neatly set out into six chapters that include; 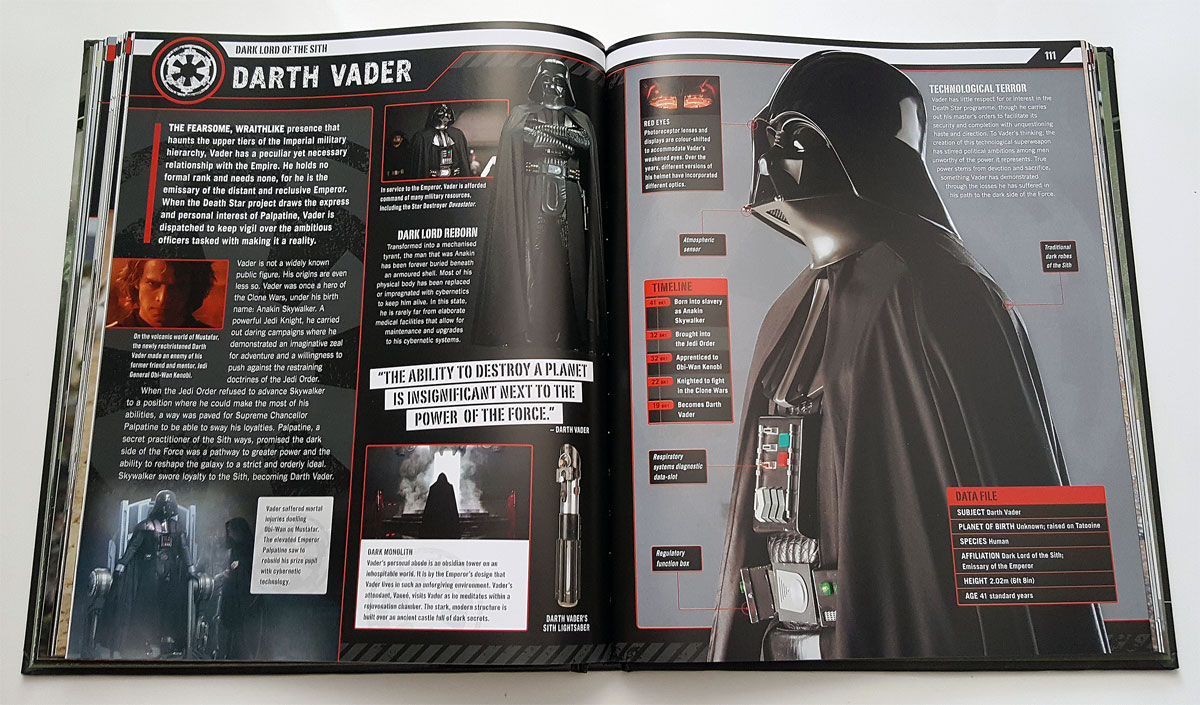 The final part of the book focuses on the making of Rogue One: A Star Wars Story which gives the reader an interesting insight into the making of this film that is accompanied by some stunning images, especially the picture of the ‘tired’ actors in Storm Trooper outfits on a seat at Canary Wharf within the London underground system. Add in text about the special effects and transforming the idea to image and this really added to an already great book. 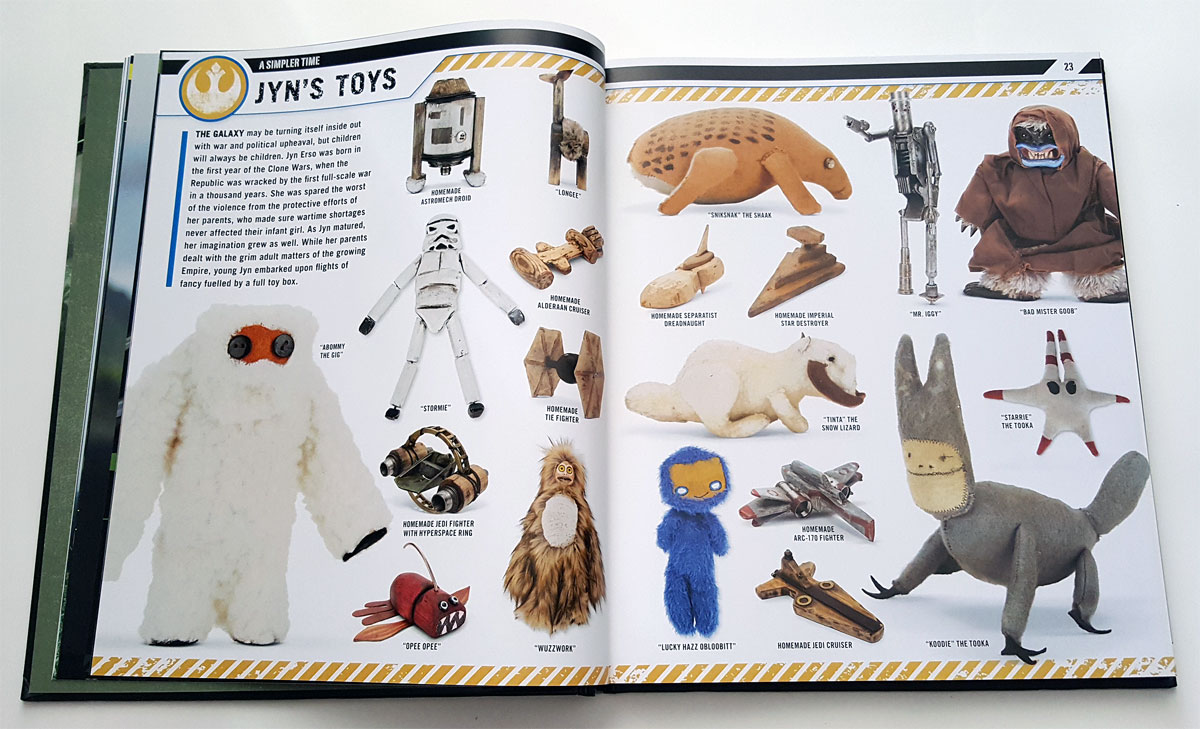 However my favourite aspect about this book is the section dedicated to Jyn’s toys which includes Stormie the Storm Trooper, Tinta the Show Lizard and the best toy in the galaxy, a bounty hunter called Mr. Iggy which is based on IG-88. Ingenious! Another highlight are all the weapons showcased in the book plus the various outfits, including what benefits it gave the characters. In terms of locations, there’s a few new planets created for this film such as Jedha and the book describes its environment, landmarks and even population types. 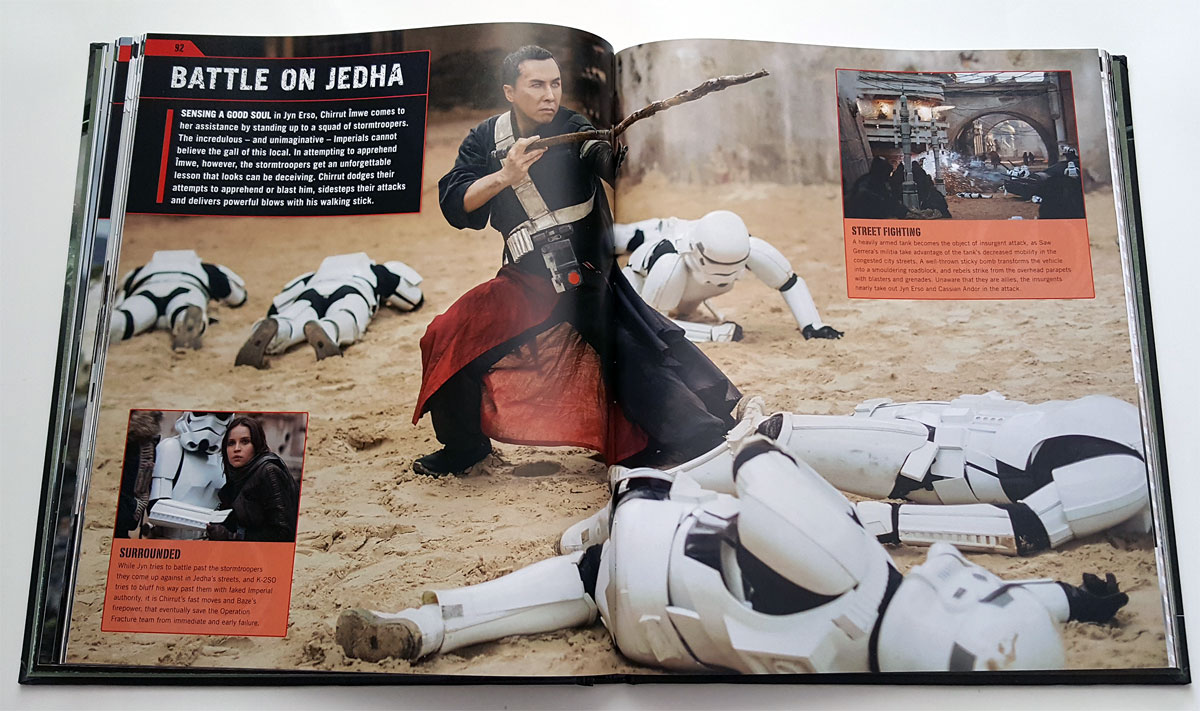 If you loved the film or you’re a Star Wars aficionado, then Star Wars Rogue One The Ultimate Visual Guide is a must have book from DK that is filled with fascinating information, stunning photos, including some that didn’t make the film plus illustrations that give the reader a great behind the scenes approach to this entertaining Star Wars spin-off. All in all, it’s probably one of the best Visual Guides from DK that I could happily recommend to readers of all ages! 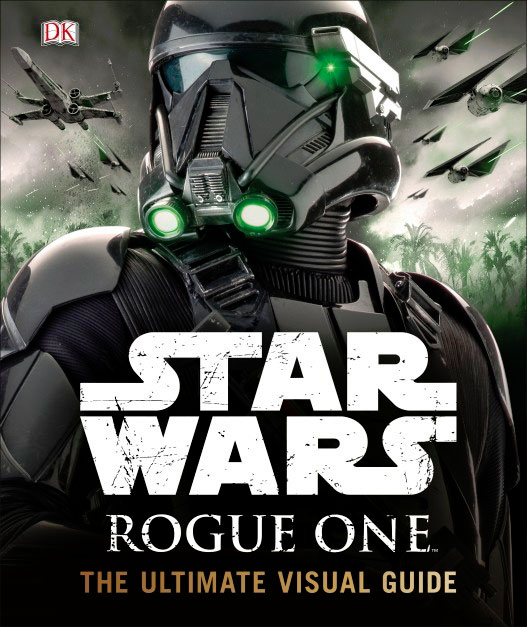 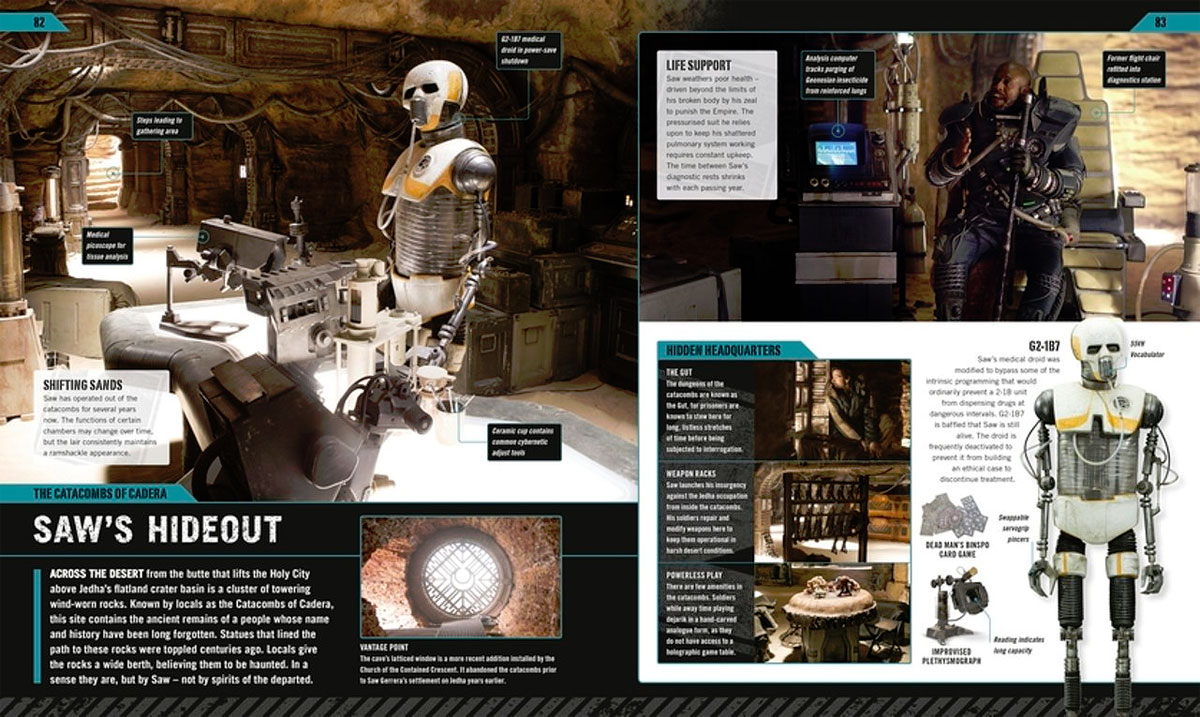 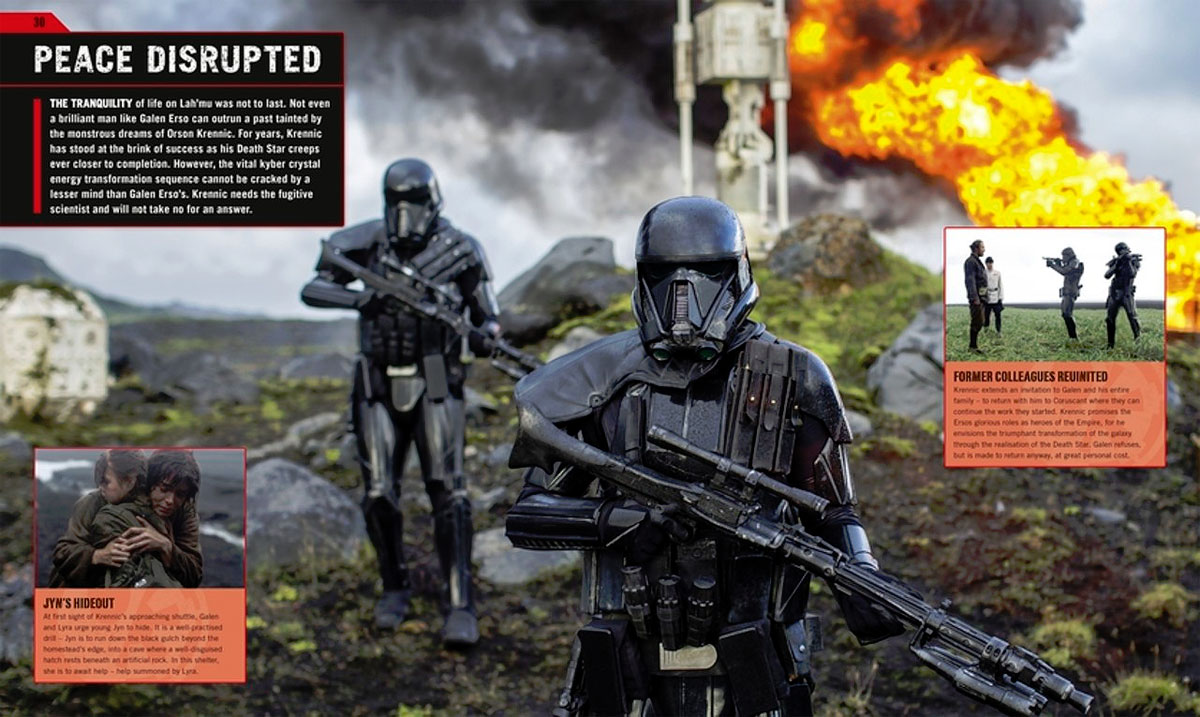 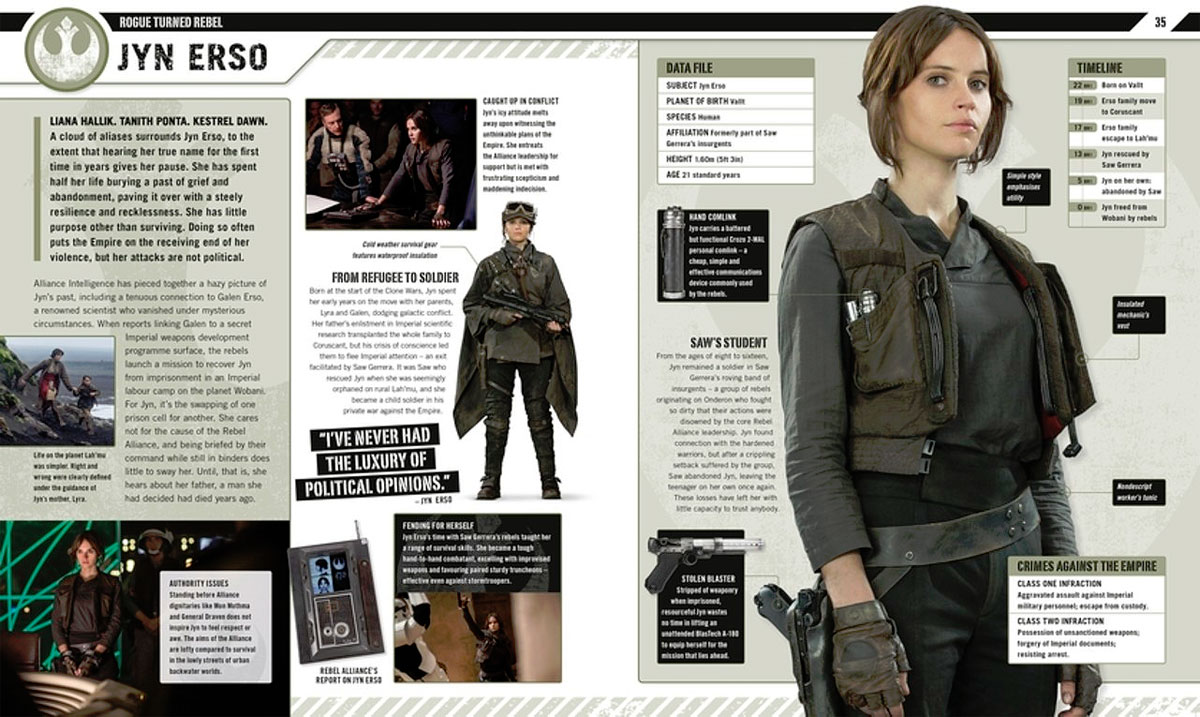 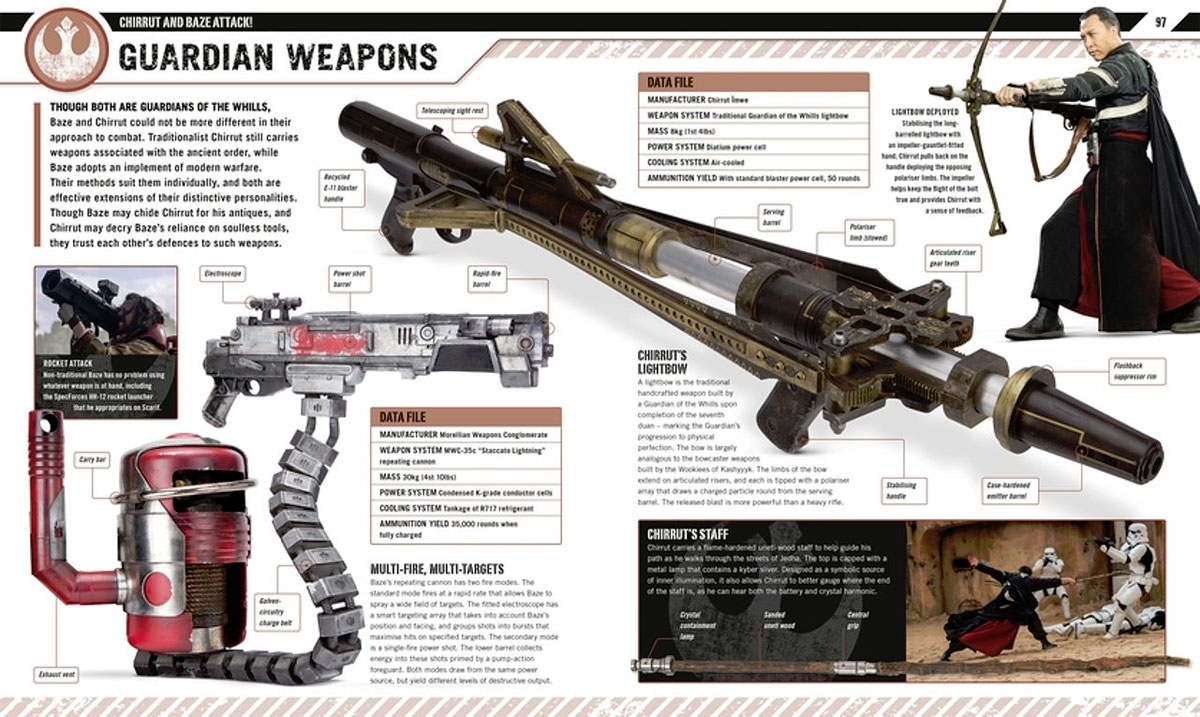 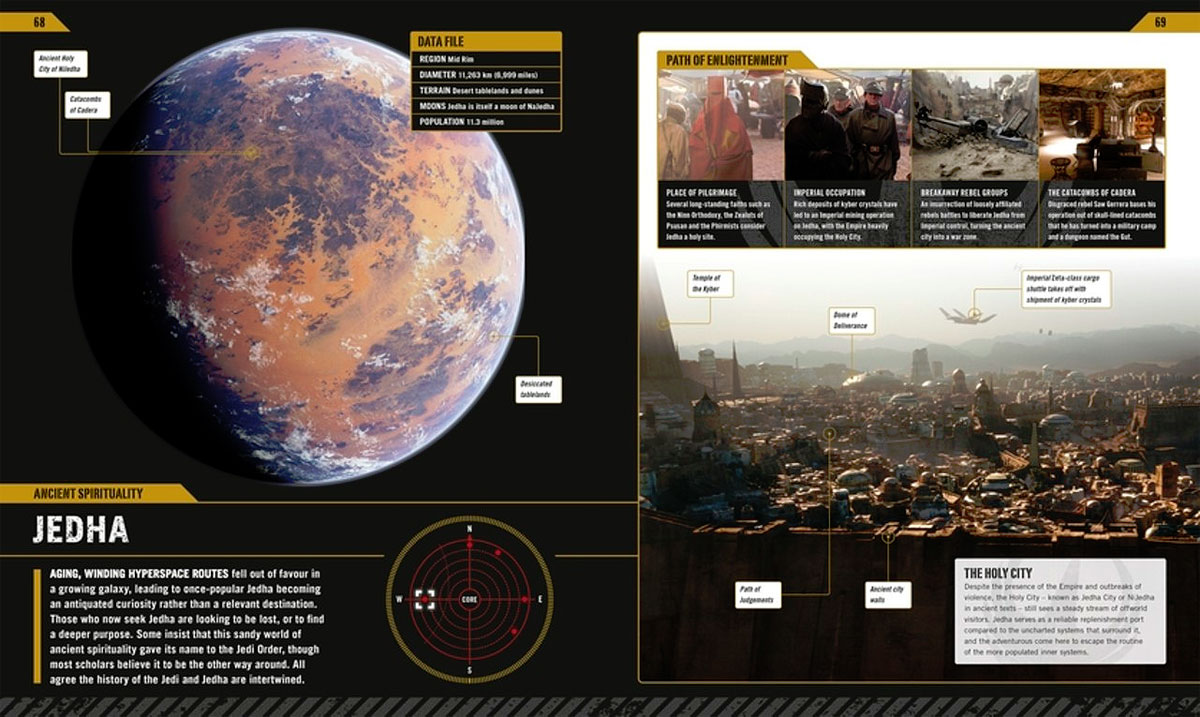