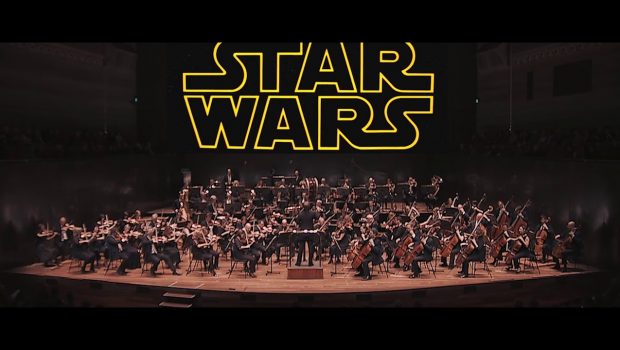 Star Wars: Return of the Jedi in Concert Review (2019)

Summary: Star Wars: Return of the Jedi in Concert is a true celebration of this great film that is made even better by the live music of the Melbourne Symphony Orchestra!

The Melbourne Symphony Orchestra (MSO) have once again joined forces with Disney to deliver an amazing celebration of one of the greatest sci-fi films of all time, Star Wars Return of the Jedi with the must see Star Wars: Return of the Jedi in Concert! At its core, this collaboration shows the movie on the big screen, while the MSO plays the spectacular and memorable music of Oscar-Winning composer John Williams. Needless to say, it’s quite a powerful combination and brought back fond memories of one of the best Star Wars, Return of the Jedi and hearing the music live is quite galactic!

I am a Jedi, like my father before me…
– Luke Skywalker (Mark Hamill) 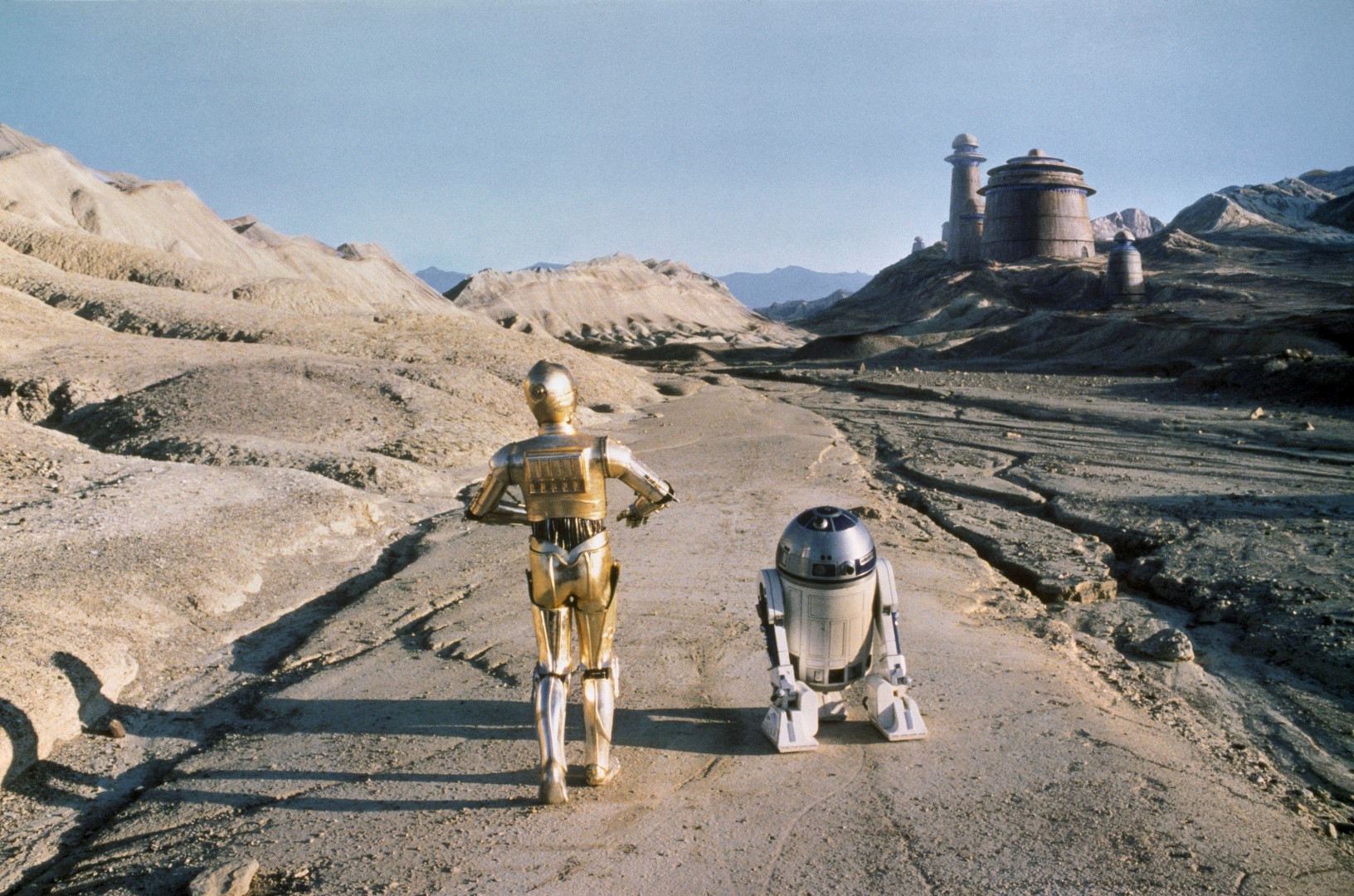 For the uninitiated or those needing a refresher, Star Wars Return of the Jedi (1983) is “chapter 6” in the franchise and is the third film after Star Wars A New Hope (1977) and Star Wars The Empire Strikes Back (1980). At the end of Empire the Strikes Back, smuggler Han Solo was put in carbonate and would be delivered to the vile crime Lord Jabba the Hutt by bounty hunter Boba Fett, Luke Skywalker discovered that Darth Vader was his father Anakin that after a spectacular battle with dad, saw him come off second best as he would not join the dark side and the Rebels were on the run from the Empire.

The third film picks up almost immediately from these turn of events that sees Luke, Princess Leia and Chewbacca lead a rescue attempt for Han Solo on the desert world of Tatooine. From there, Luke returns to Dagobah to seek advice and solace from Yoda, the last of the Jedi Masters that then leads to an epic battle on the forest moon of Endor as the Rebels and Ewoks take on the Empire before they can rebuild their second Death Star and unleash cosmic hell on the galaxy again. Needless to say, this film had it all from great characters, excellent world-building plus action, drama and even romance.

There… is… another… Skywalker
– Yoda (Frank Oz)

The venue is also at the Melbourne Convention and Exhibition Centre in the Plenary which is the perfect place for this audio-enhanced revisiting of Return of the Jedi that is playing from Thursday 7 November to Saturday 9 November. Leading the MSO is conductor Benjamin Northey that with the orchestra really pay homage to the music of Return of the Jedi and hearing it performed live feels like a once in a life time spectacular. Also complementing this performance is the Star Wars regalia that is littered through the venue. Given that, the conductor is escorted to the stage by four Storm Troopers which is pretty darn cool and gives the audience to clap whenever they like as this is not your normal concert or film experience and clapping they did! 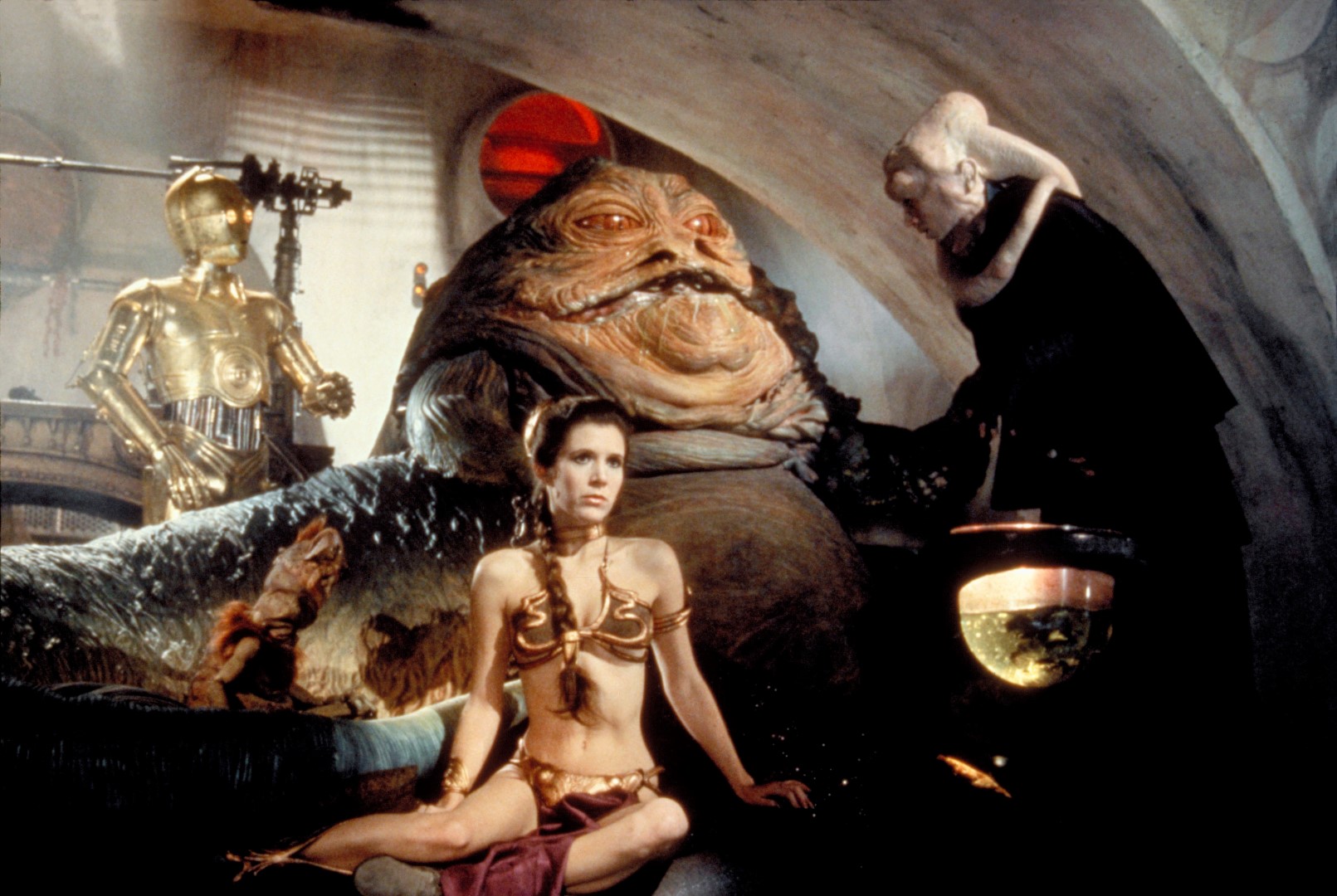 The music at the Plenary flows through the building well and its enhanced acoustics really brings you into the moment with quite a few moments sending shivers up your spine, particularly the scene near the end of the film as Luke confronts his father Darth Vader and the villainous Emperor Palpatine… wow, what a moment, including the powerful and classic Darth Vader theme, the Imperial March and the entire orchestra are truly Orchestral Jedis. Furthermore, the atmosphere of the Plenary with the live music and the film really hits you in the core and as a result, I was torn by watching the orchestra playing and the film but thankfully in a good way but more importantly, this iconic music was successfully put on a pedestal by the MSO who truly delivered us a galaxy far ,far away. Oh.. the quality of the giant screen is also super clear and as a result, made the entire concert even more enjoyable and for those curious, this is the “updated” CGI version of Return of the Jedi. 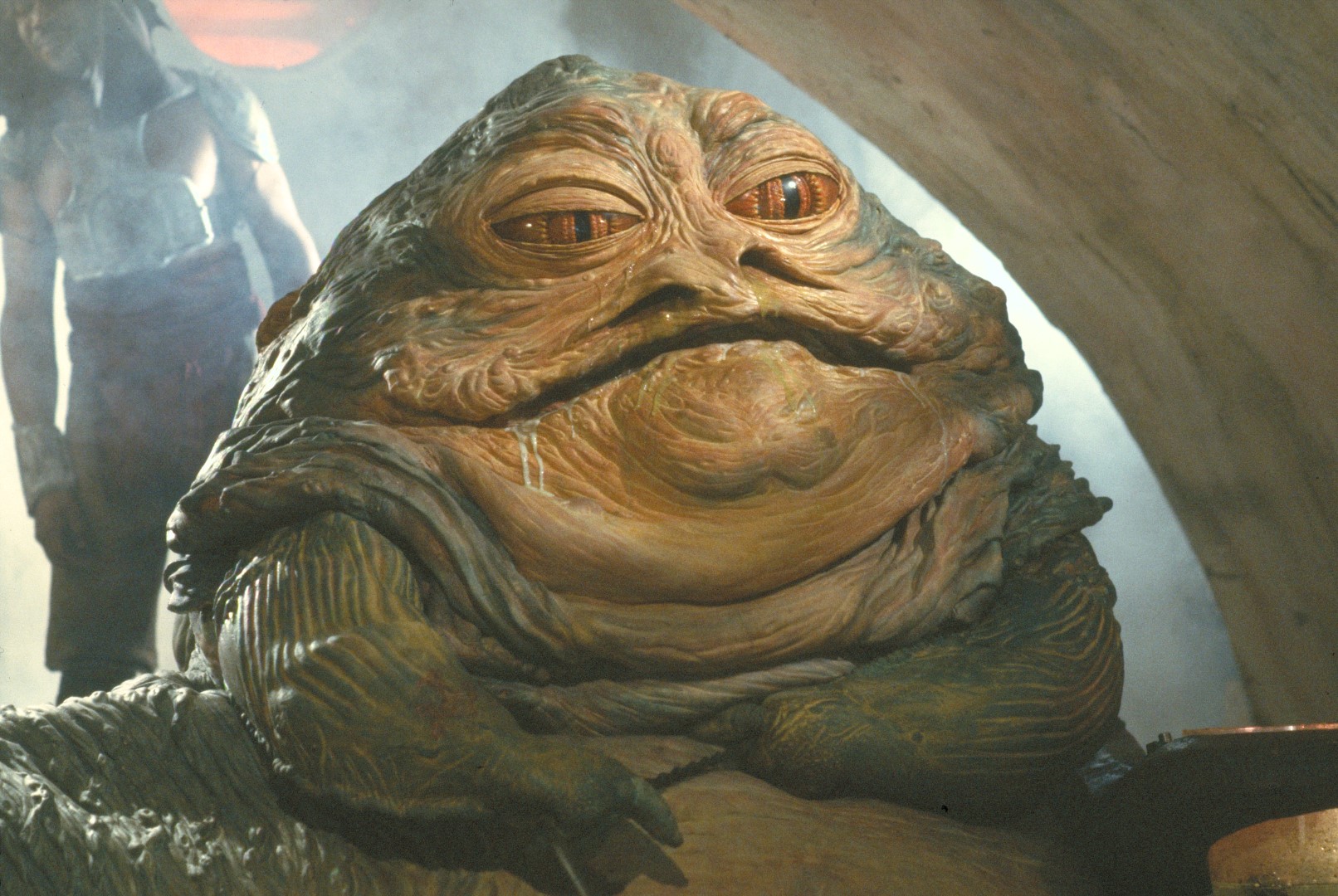 This movie is such a masterpiece, the unmasking of Darth Vader remains a seminal moment in cinematic history. John Williams once again enhances the drama through his perfect use of music and dramaturgy. I am beyond excited to conduct this score!
– MSO Associate Conductor Benjamin Northey

As a bonus, this performance also features a Pre-concert talk session from Star Wars Return of the Jedi film experts, Dr Dan Golding and Andrew Pogson (The Art of the Score Podcast) who discuss the film and brilliant soundtrack from the film. Their passion on all things Star Wars is quite infectious and really draws you in thanks to their engagement. These talks also start 75-minutes before the main presentation begin and is definitely worth attending. 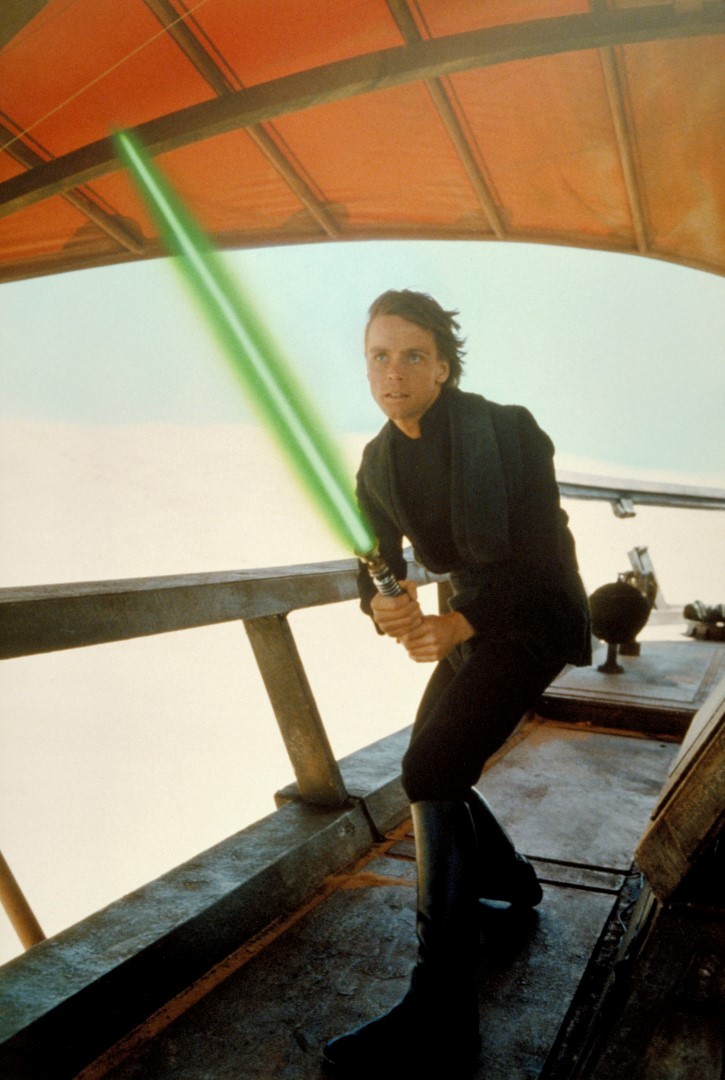 If you’re a fan of Star Wars, then Star Wars: Return of the Jedi in Concert is a must see performance and listening to the flawlessly perfect and engaging music of John Williams score by the MSO really moves with your emotions. Furthermore, the music from Conductor Benjamin Northey and the MSO is brilliant that was not only soothing but will probably create a special memory with you… maybe even as good as seeing Star Wars Return of the Jedi for the first time!

The Melbourne Symphony Orchestra will present the spectacular, climactic sixth episode of the original Star Wars saga, Return of the Jedi in concert with Oscar-winning composer John Williams’ musical scores performed live to the films, led by conductor Benjamin Northey.

In the now-legendary 1983 film, Darth Vader readies the second Death Star to unleash the final blow to the Rebel Alliance. Luke Skywalker, Han Solo, Princess Leia and Chewbacca are joined by Jabba the Hutt, Yoda and the Ewoks in this adventure across the galaxy. Experience the scope and grandeur of Star Wars: Return of the Jedi live in concert as it comes to life on the Plenary stage courtesy of your MSO.

Since the release of the first Star Wars movie nearly 40 years ago, the Star Wars saga has had a seismic impact on both cinema and culture, inspiring audiences around the world with its mythic storytelling, captivating characters, ground-breaking special effects and iconic musical scores composed by Williams. Witness the final face-off between Luke and Darth Vader in full symphonic sound. 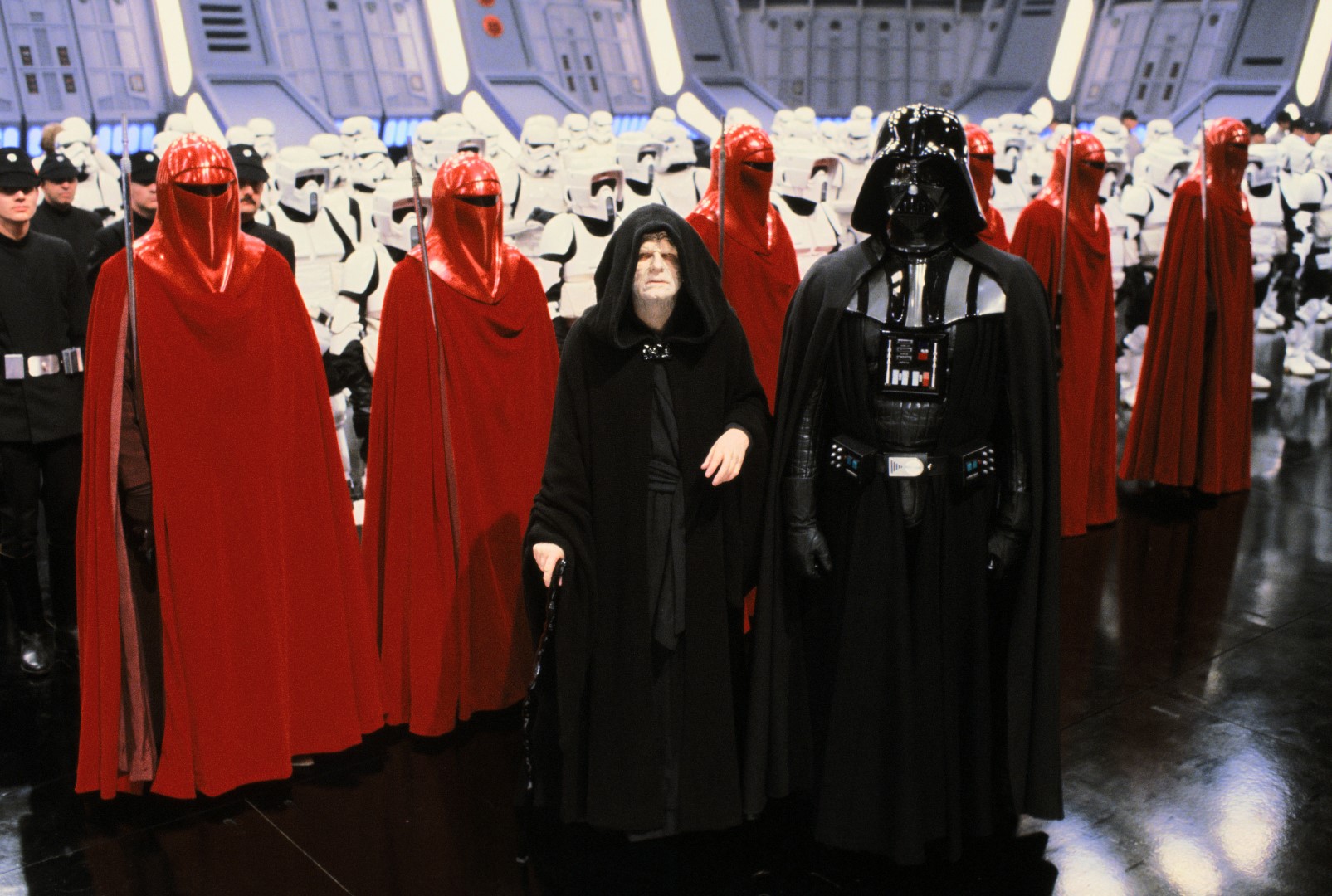