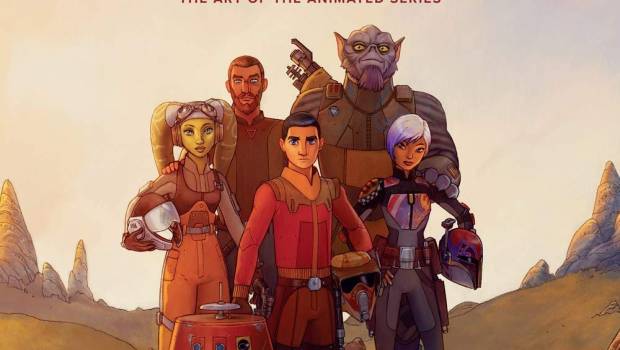 Taking place 5 years before the events of Episodes IV, “Star Wars Rebels” bridges the gap between the animated series Star Wars: The Clone Wars and the live action film Rouge One: A Star Wars Story. Spaning 75 episodes over 4 seasons, “Star Wars Rebels” introduced an array of new characters to the beloved sci-fi universe whilst bringing back iconic characters from the live action films. Now, 2 years after the airing of the shows final episode, Dark Horse Books have released the official art book containing development art from all 4 seasons. 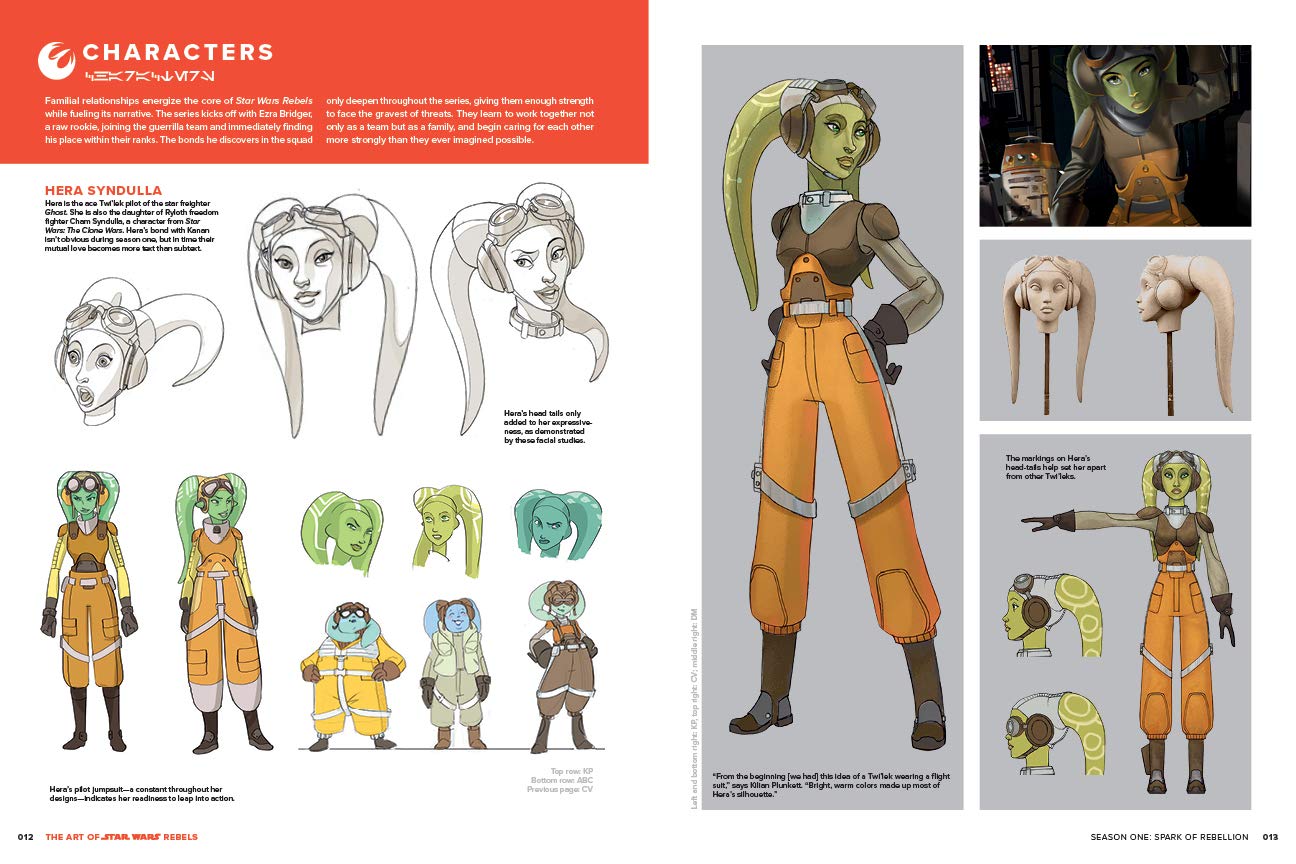 Broken into 4 chapters, with one for each season of the show, “Star Wars Rebels: The Art of The Animated Series” is one of the more annotated and organised books that I’ve read. By using a chorological order as the layout for the book, readers can clearly see the visual development that occurred as the show progressed. Additionally, each chapter is broken down into subsections grouped by key characters, locations, ships, and weapons, making it easier readers to find the pages containing their favourite artwork. This choice of layout is fantastic for young readers who just want to look at pictures of spaceships or for artists wanting an easy method to locate reference material at a later date. 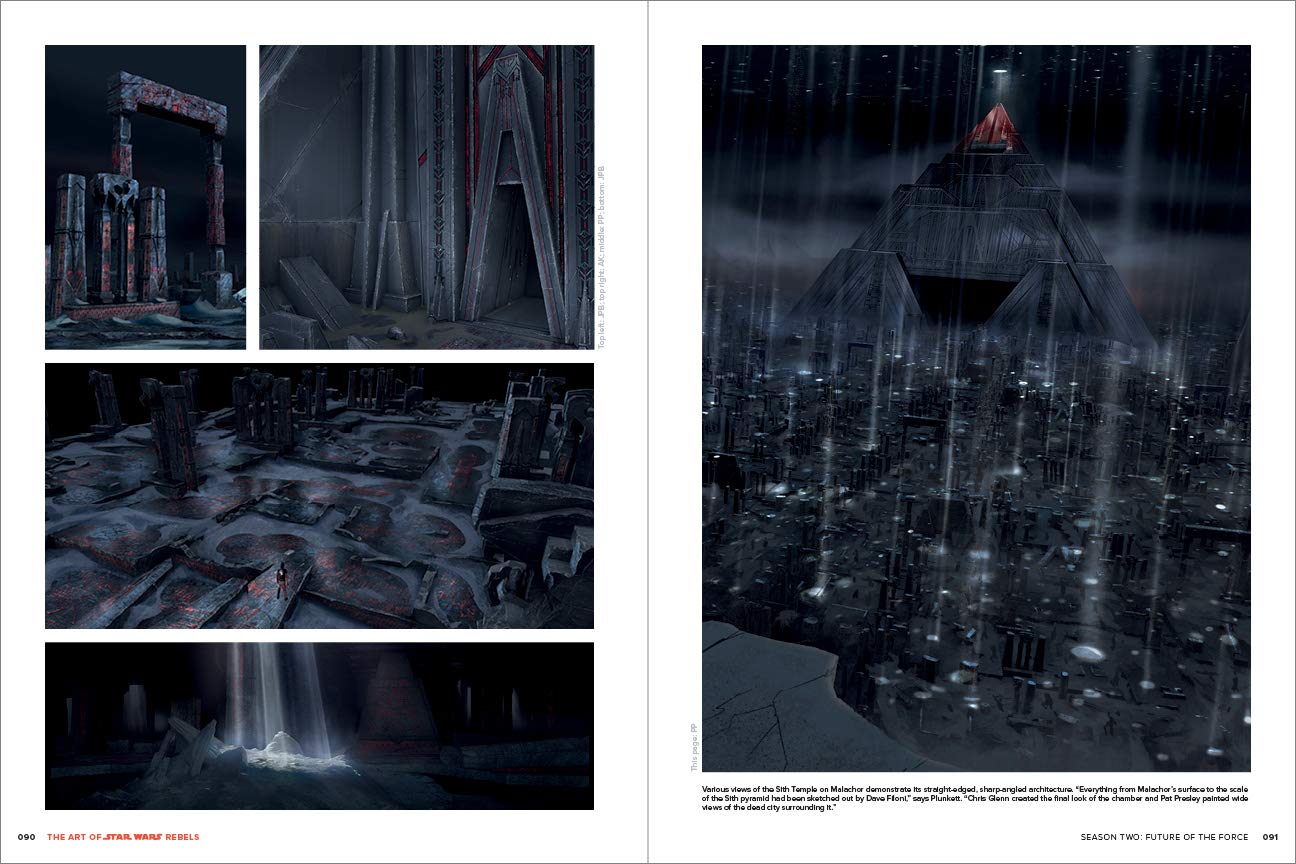 Whilst the artwork in this book is quite spectacular, I’m torn about the amount of content in this book. Unlike many of the other art books I’ve read, this book doesn’t show much in the way of development art and the steps taken to create the final design. Instead, only the final design that was used in the show is featured along with a few variations such as the colour of a character’s hair or clothing. I understand that the Star Wars universe is one of the largest pop culture universes of all time and that there is an enormous amount of content to cover, but I would have love to have seen just a little bit more development and concept art for the main characters, or even those who make their debut appearance in “Star Wars Rebels”. Sure, it’s good to see fan favourites like Yoda and Darth Vader, but even non-star wars fans know who they are. I would have liked to know more about how the artists came up with creating brand new characters that are part of the cannon story. 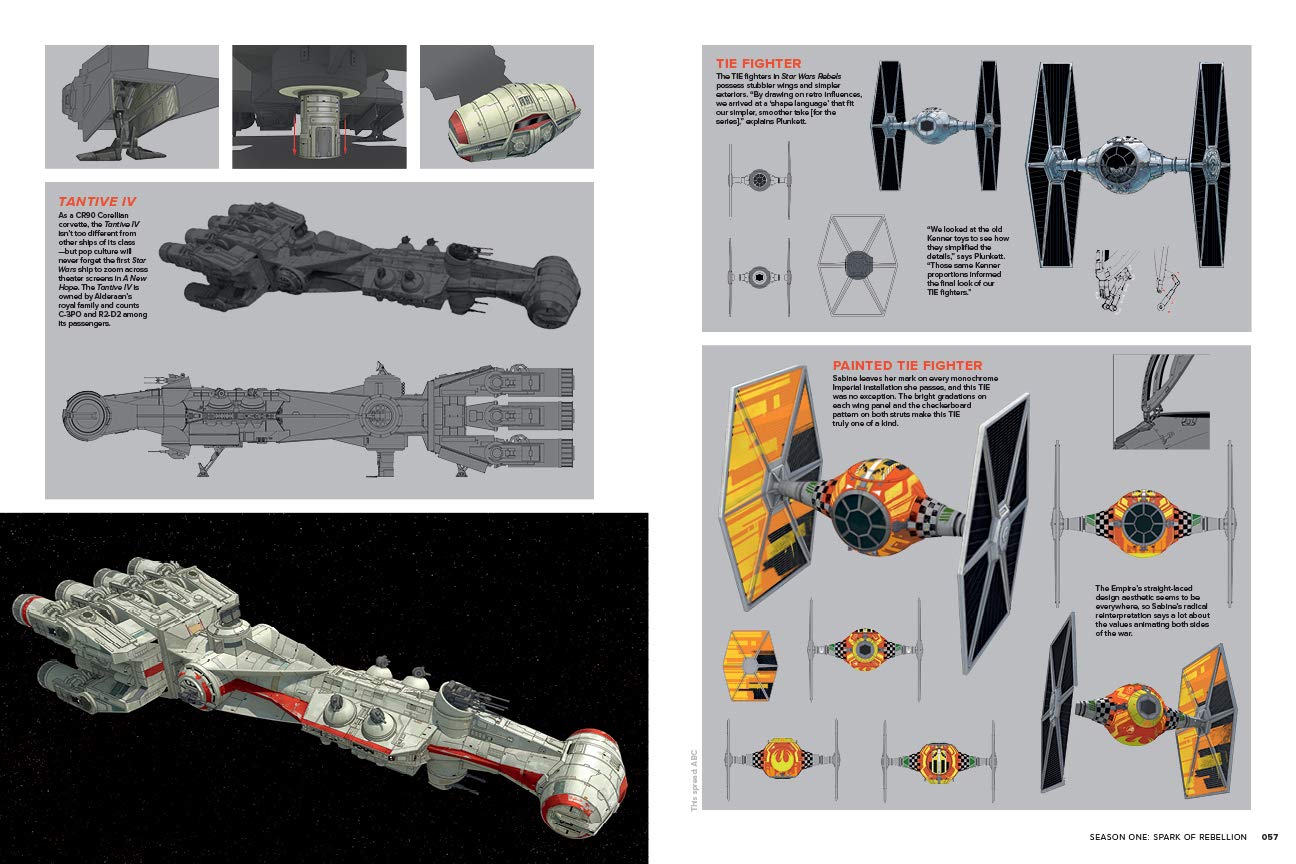 Putting character development aside, “Star Wars Rebels: The Art of the Animated Series” still manages to cover pretty much everything featured in the show, giving fans a chance to get a closer look at some of the finer details they might have previously missed. As a Star Wars fan myself, I’m quite impressed that this book shows how the artists have drawn inspiration from other Star Wars media to create time period appropriate designs. For me, this makes the book a more valuable collector’s item that all hard-core fans should consider for their own collections.

“Star Wars Rebels: The Art of the Animated Series” is a must have for any fan of either the Star Wars Rebels show or Star Wars in general. Whilst the book doesn’t go into enormous depth about the development of the show, it does cover a lot of key elements from the series. What the book lacks in development art, it makes up for in depth annotations about why everything was made the way it is. This shows the direction of thinking the artists took when assigning roles and purposes to the new characters, locations, vehicles, and tools introduced in the show. I also believe that this book will be a fantastic reference tool for any up and coming artist who are looking for inspiration when creating sci-fi themed artwork. Nevertheless, this book is a great read and certainly one that you’d want to add to your own collection.