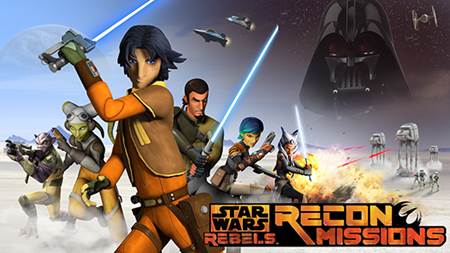 “Star Wars RebelsTM: Recon Missions” launched in March of 2015 as the first mobile action-platformer set in the Star Wars Rebels™ universe. In the game, fans battle as Ezra Bridger to thwart the actions of the Empire and save the citizens of Lothal from Imperial control.

Players can join the rebellion by downloading the game for free from the Apple App Store, Google Play Store, Windows Phone Store and Windows Store.