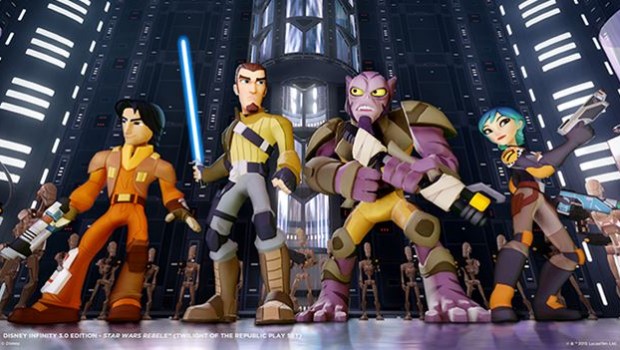 In an effort to thwart the evil plans of the Galactic Empire, these characters are key players in the fight against the forces of the dark side, providing a unique addition to the Disney Infinity 3.0 experience.

A Play Set based on Disney•Pixar’s upcoming film Inside Out and a Marvel Play Set featuring Hulkbuster, Ultron, and other Marvel characters will also be available. Additional Disney Infinity 3.0 figures and Play Sets will be announced in the coming months.