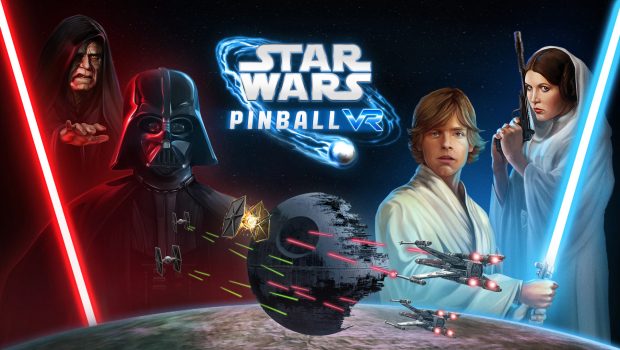 Star Wars Pinball VR jumps out of hyperspace featuring eight amazing tables, including two never before released: The Mandalorian and Star Wars Classic Collectibles. They are joined by six remastered fan-favorite tables: Star Wars: A New Hope, Star Wars: The Empire Strikes Back, Star Wars: Return of the Jedi, Rogue One: A Star Wars Story, Star Wars Rebels, and Masters of the Force.

Beyond the incredible realism added by VR, Star Wars Pinball VR upgrades the core Star Wars Pinball experience with new features exclusive to this release. The “Fan Cave” is the new home for both your pinball table and the customizable array of Star Wars lightsabers, blasters, helmets and more you’ll earn while playing. Start up a new table and life-sized characters and vehicles will be joining you on either side. Total Immersion mode lets you experience everything at table level, standing you side-by-side with your favorite characters. And full 360-degree mini-games surround you with iconic Star Wars set pieces like the speeder bike chase on Endor, the Bespin carbon-freezing chamber duel, and more.