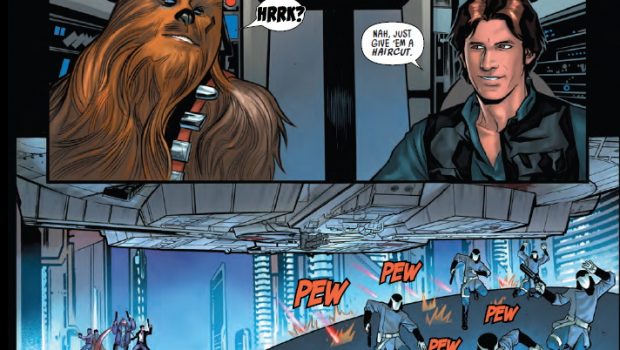 Summary: Another chance to get to hang out with Han and Chewie without the complicated Star Wars crossover continuity getting in the way. Always welcome.

With all the post original trilogy Star Wars stuff lately you do forget that the original trilogy characters were still around at that time at least for the start of it. Even though the SOLO movie did not go that well, they are still using some of the continuity from it so it got some use of it at least.

This story is set a few years before the Battle of Yavin (BBY) but there is not a specific year. Han and Chewie turn up rescuing a group from the roof of a casino who have just pulled off a heist. Han pulls some crazy stuff to get them to safety and needs some money for ship repairs so agrees to do a job for big money with Greedo who he does not trust but it is a condition of the job that he comes along.

While it is good to see pre-A New Hope Han Solo and Chewbacca I still wish they hadn’t changed how they met from the Legends continuity. They act how you expect them to act and Han and Chewie are working for Jabba the Hutt and have not dumped their cargo one too many times to end up in his bad books.

This would be a good one to read if you are not into all the crossovers with War of the Bounty Hunters and the Crimson Reign stuff as it seems to be its own story and you don’t have to read a bunch of other comics at the same time to get the full arc of the story.

If you enjoyed the Life Day comic and want to see more of Han and Chewie I would recommend having a look at this one. 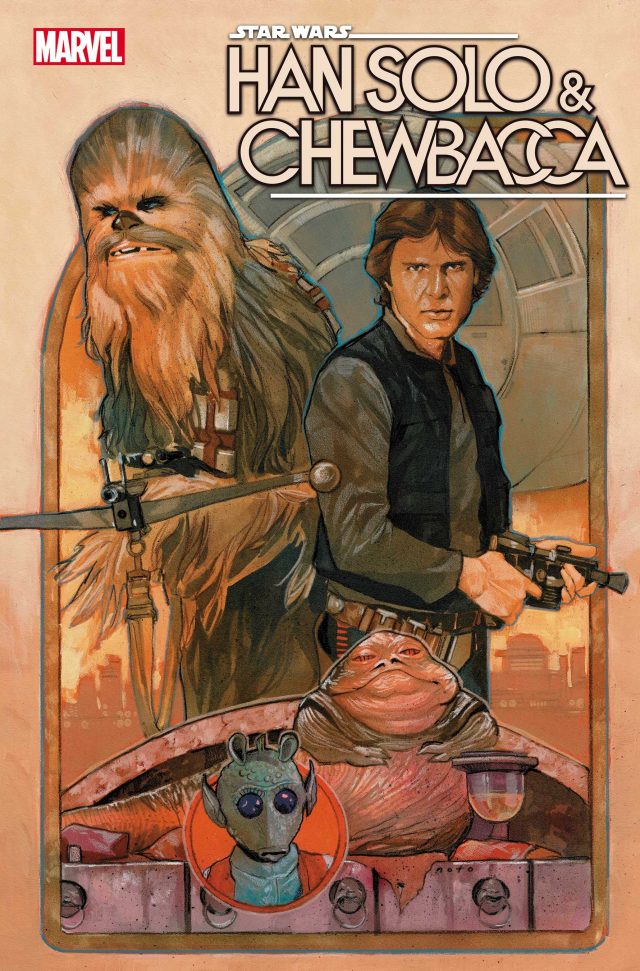