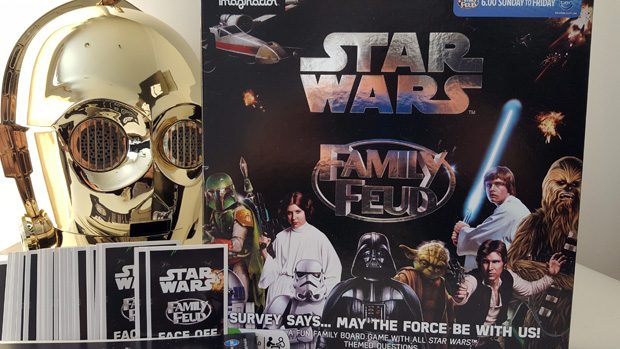 To celebrate May the Forth Be With You Day, Disney have helped Impulse Gamer celebrate in legendary sci-fi style with their Star Wars Family Feud Board Game. Just like the TV show, this board game follows a similar premise and contains a galaxy full of Star Wars questions that can be played with 3 people or more as they unleash their inner Jedi or Sith to become the winner. 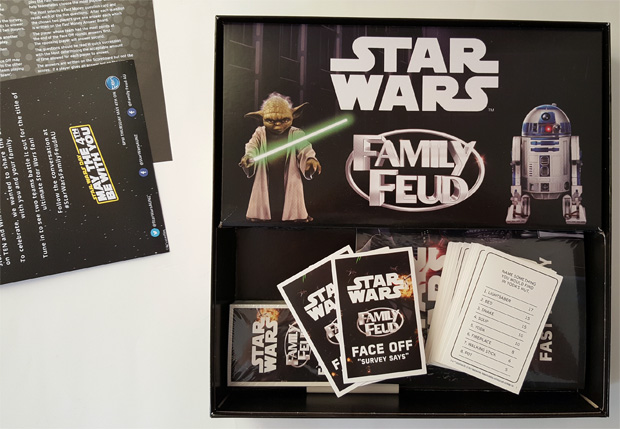 Another cool fact about this board game is that it also coincided with the one-off Star Wars themed episode of Australia’s very own Family Feud that of course aired on May the 4th.

So before you jump into the Star Wars Family Feud Board Game, you can download the accompanying app which allows you to access all the sounds of the show which is quite cool. The game also contains an instruction sheet which includes setting up, the duties of the host, scoring and the famous ‘face off rounds’. So although similar to the TV Show, it slightly varies but nonetheless, its essence is still the same but based in a galaxy far far away. 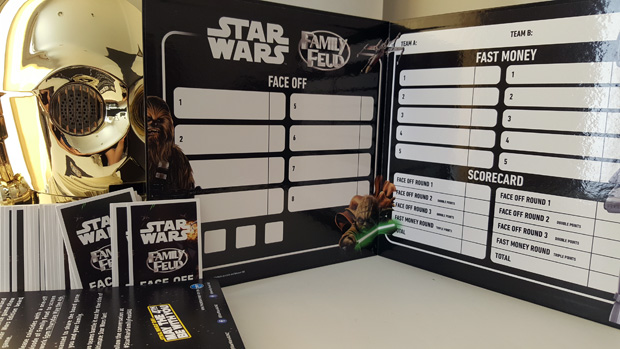 Inside the set, you’ll find two sets of ‘Face Off’ cards (aka Survey Says), some Fast Money questions, a Star Wars themed scoreboard plus a scoring pen. So as mentioned, these questions all revolve around Star Wars with some being serious and some a little on the amusing side of the force. Like the TV gameshow, the questions definitely channel the spirit of the game and we had a ball playing this game on Friday and Saturday night with three of our friends as we attempted to out-Star Wars each other. 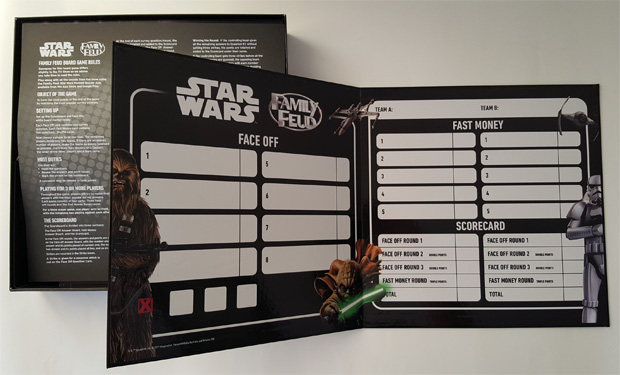 Even though the host keeps Galactic order while playing, it’s quite a fun job as you try to keep things running smoothly, although at times, it does fall into some very funny chaos. However where the game succeeds is trying to answer these great Star Wars inspired questions like;

The answers can be quite fun and interesting like… Name a possible way that Jar Jar Binks could be useful during battle?

… I won’t mention one of our players answers!

Happy May the 4th Day everyone! 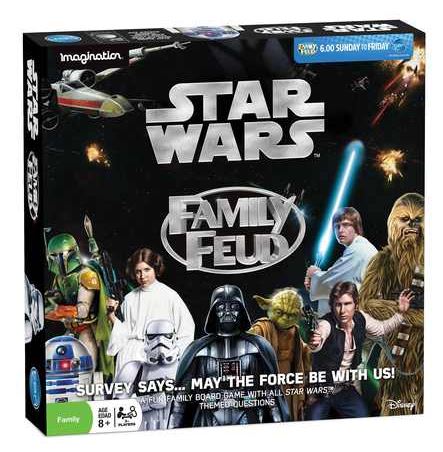