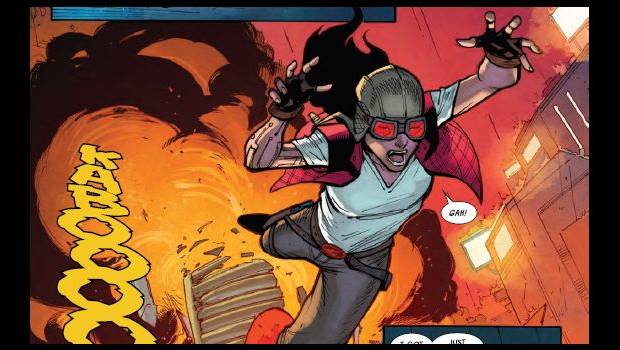 Summary: A nice comeback from the previous installment of this series but some of the plot devices are starting to get a bit thin.

I admit that I was going to pass on reviewing this one until I was asked by the editor “aren’t you doing Dr Aphra”, oh OK then. This was a lot better than I thought it would be considering how the last story turned out. The conceit of telling the story in reverse is well known but it is executed well here and saves having too much of an explanation as it is the main character relaying the events they remembered.

The only thing that stuck in my craw was Domina Tagge’s “I planned it like this all along” shtick, oh come on! Dr Aphra may be cold but Domina is worse and doing it for worse ends. Even Dr Aphra releases everyone she used to trust can no longer help her due to how quickly they turned against her due to the high bounty. Makes sense since Han Solo was always trying to get credits to pay it off.

There is a lot more action in this one and some interesting set ups of some of the scenes, it does suit the episodic nature of these stories and is more like the original serialised stories from the 1930s that Star Wars was originally based on.

I would recommend this one if you are a fan of Star Wars of course but also if you want a story with a strong female lead character whose main concern is not men.