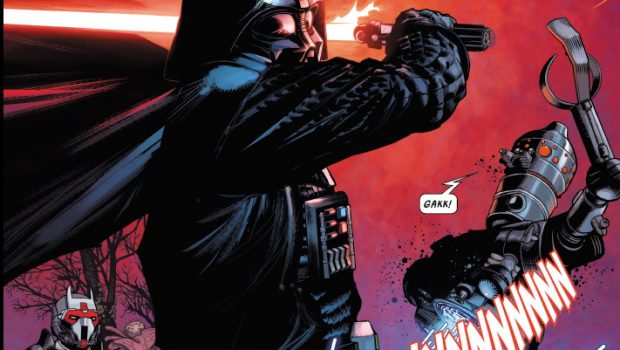 Summary: Darth Vader foils another plot. If you are already on board with this I would keep going.

It didn’t take Darth Vader very long to work out who sent the IG-88 droid and he confronts Umbaran and deals with her revolt against him. She counters with information about Crimson Dawn auctioning off Han Solo and that Luke Skywalker will be there.

Umbaran is not a Sith but has some of their powers as she seems to be able to influence the weak-minded. As usual the Emperor will claim to have known this was happening all along.

An IG-88 unit does make an appearance, but is swiftly dealt with. Another plot against Vader is foiled before we even found out what it was actually doing apart from the obvious.

This was at least better than the Exegol story but I still think it would have been better as a mini-series as once the story about Queen Amidala and the Nabooians was finished there was not as much in the series for me.

I would recommend this one if you are still following the series at this point, but there are more exciting things going on in the War of the Bounty Hunters story these days.