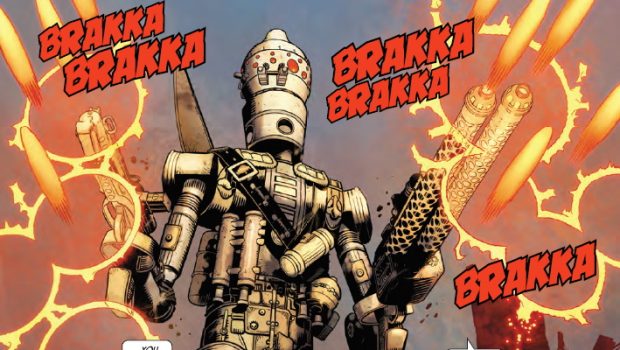 Summary: Well worth buying for a one-off even if you are not following the series or the War of the Bounty Hunters storyline.

Darth Vader and Ochi turn up at the palace of Bokku the Hutt looking for Luke Skywalker and find that everyone is now looking for Boba Fett also as he has a bounty on him for losing Han Solo. Bokku suggests following a different lead as everyone is going after Boba Fett. Things do not turn out as expected and Darth Vader ends up having to fight against IG-88.

A bunch of action in this one and a new storyline that will go along with the War of the Bounty Hunters as it seems there is another faction even the Emperor does not know about or already knows and it fits his plan all along.

Was great to see IG-88 in action and he does enjoy his work. It seems like there are a few of them around since they get blown up a lot but are right into the action every time.

Having one of the other Hutts was an interesting part of the story as Vader was able to exploit their willingness to stab their kin in the back to get what he wanted.

I would recommend this is if you are already following this story and it is also one of the rare ones you could probably read out of context without getting lost due to all the action. 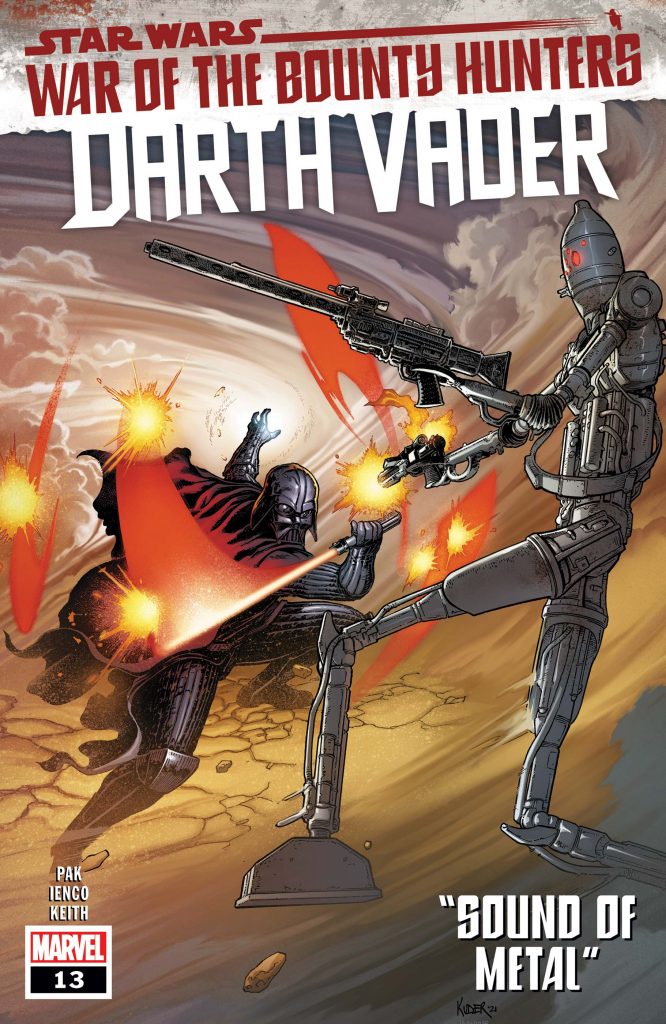