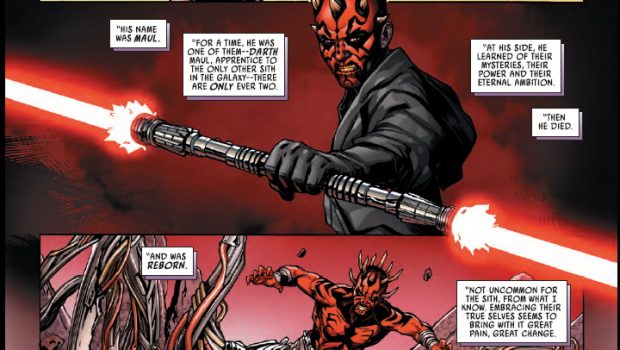 Summary: If you must. I kind of got burned out by War of the Bounty Hunters and having to follow the story through 5 different characters at once. There is still another one after this.

The second of the trilogy of crossover events for the Star Wars comic series between the events of Empire and Jedi kicks off and although I am not going to read every comic in the series like I did with War of the Bounty Hunters I wanted to at least see the start of it. As with the previous series the one-shots may actually end of being the best part of this series but we will see.

As expected this was mainly establishing details for this plotline with “the orphans” going off and causing trouble with the other crime syndicates so they fight each other and the Crimson Reign become useful to the Empire. They already arranged it so Darth Vader killed most of the Hutt Clan to get them out of the way.

How much you will get out of this would depend on how you felt about the events of War of the Bounty Hunters. To be honest I thought it went on too long and cut up the story into too many bits. The Death of Doctor Strange series does not seem to be doing this as much.

I wouldn’t really recommend this to the more casual Star Wars fan or someone just wanting to jump in and out of a storyline and pick up the occasional issue. This would be an ideal series to read the collected edition of or the digital only version if you have the subscription.