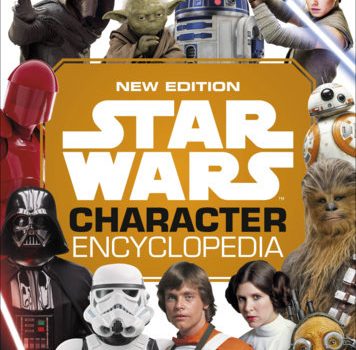 Cue the legendary music of John William’s Star Wars symphony and get ready for one hell of a ride with the new edition of the Star Wars Character Encyclopedia from DK! This well-presented book from DK is filled with Star Wars goodness as it contains 224 pages of interesting text, including never-before-seen information that will take you beyond some of the characters who graced the silver screen or the world of digital. 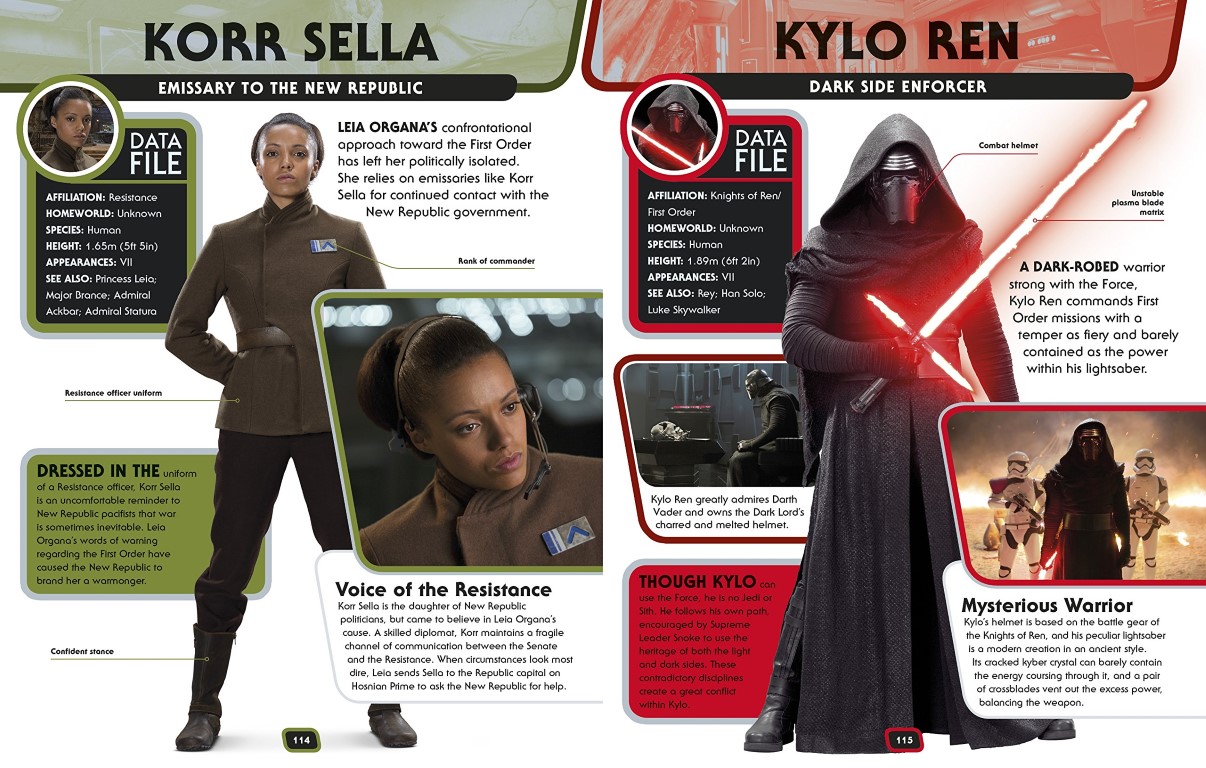 Who is Lando Calrissian? What species is Admiral Ackbar or what’s the deal with the Dark Lord of the Sith, Lord Vader? This encyclopedia will answer your questions and probably leave you wanting more Star Wars! As this is the New Edition, the Star Wars Character Encyclopedia still features all your iconic and favourite characters, however what I loved about this book was discovering more about those lesser known characters such as Scaro Plank, Tasu Leech or Greeata which for me is where this book shines. 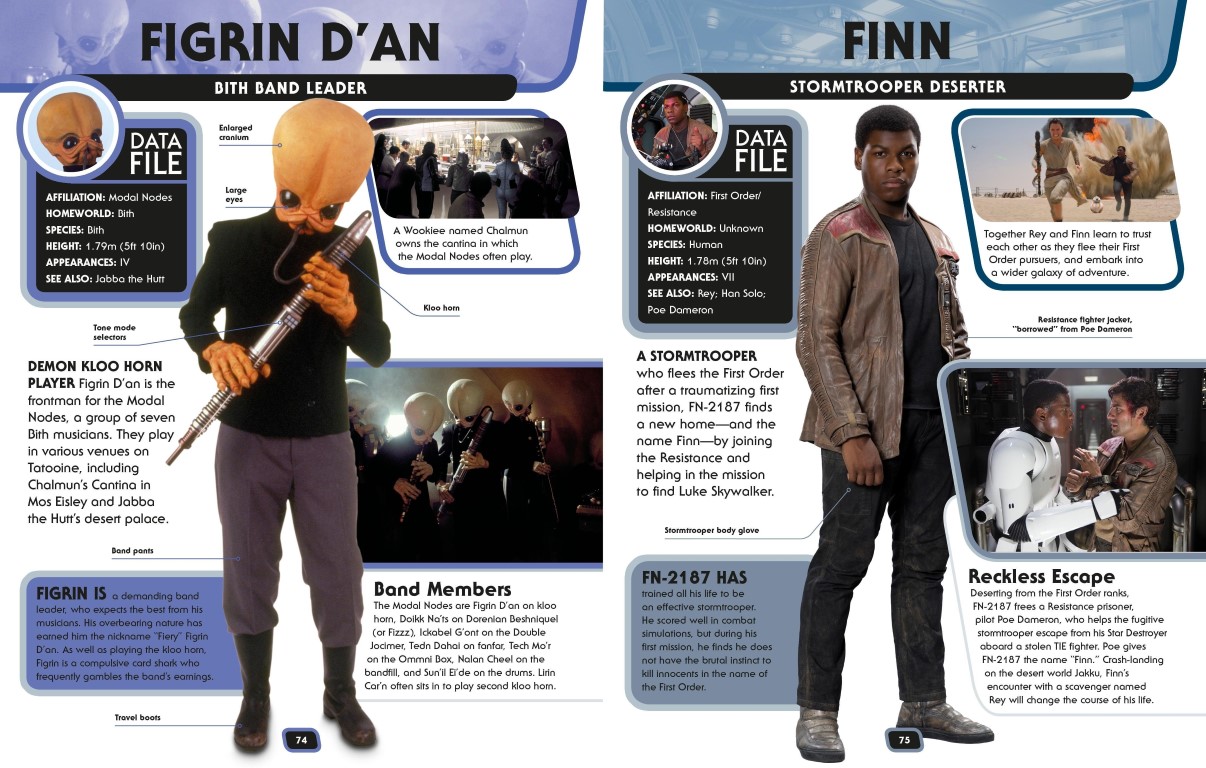 The book is also very well written by Star Wars scribes Simon Beecroft, Elizabeth Dowsett and Pablo Hidalgo who really know their mythology of this universe and give just enough information on each entry to keep you informed. Each entry also follows a set format that includes their name, data file (e.g. affiliation, homeworld and appearances) plus a short blurb about their history. Did you know that Captain Raymus Antilles was Commander of Bail Organa’s fleet of diplomatic cruisers or his favourite weapon of hoise is the target blaster? 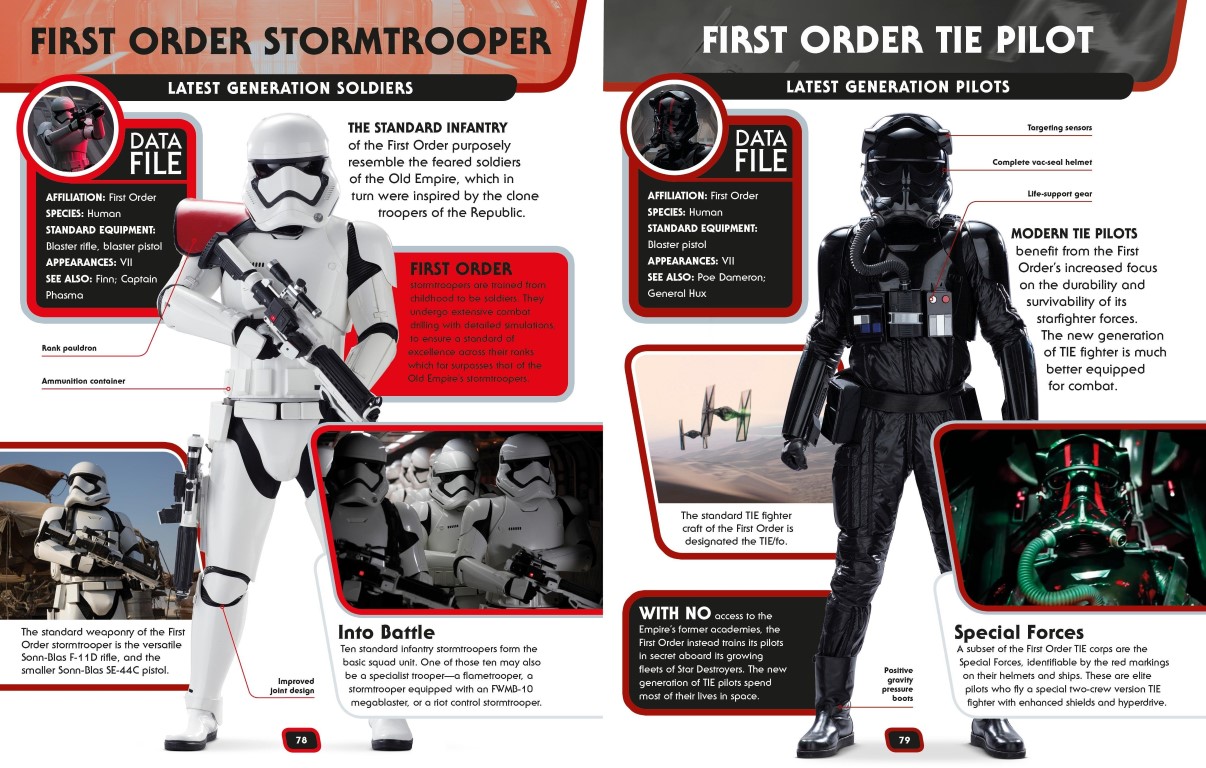 Some entries are a little more generic such as the Mudtrooper or the Naboo Guard but it’s still an insightful snapshot into these characters from Star Wars. There’s also updated profiles on the main characters such as Princess Leia or Luke Skywalker which provides a good current update on these fan favourites. Supporting the text are the high quality images for most characters, however some who only appeared in the original film is a little lacking. Fortunately the majority are quite high quality. 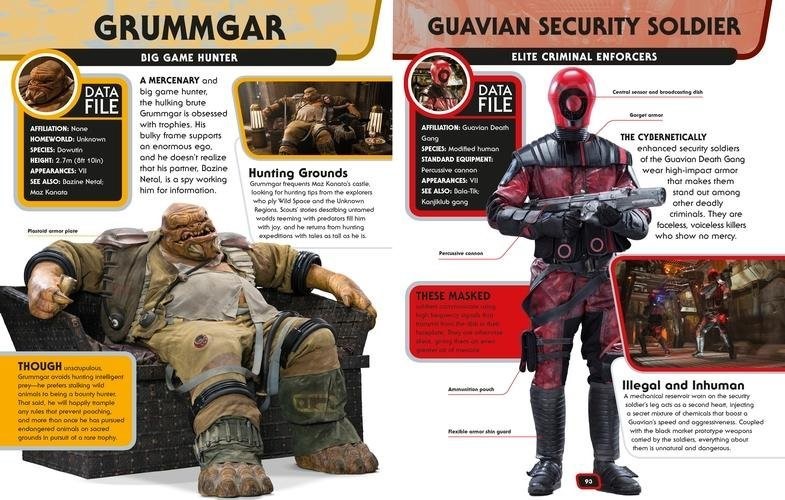 The Star Wars Character Encyclopedia New Edition is a true celebration of this amazing universe created by George Lucas and co which gives the reader a unique insight into these characters and the dynamics of where they fit. Not only is it well presented but it’s brimming with high quality photos that helps put together the Star Wars jigsaw puzzle in this fun read and given that the Skywalker story is ending this year with Episode IX, this guide will help you catch-up with your Star Wars lore before the film is released in December 2019. 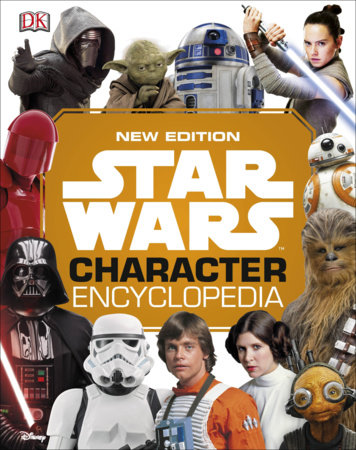