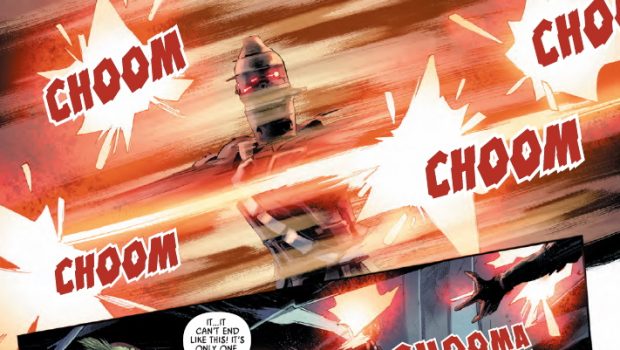 Summary: Some good action but you kind of expect it from this series by now, I can't say if it is drawing to a close or not as I have thought that before.

T’Onga and the crew are out of options and are forced to take a job from the Crimson Dawn knowing that it means they will be taking on the Empire. Valance is on the team tasked personally by Darth Vader to take them down and this hooks into the Hidden Empire storyline which is going to have a lot of people crossing paths again.

This set up a big confrontation between two mortal enemies Bossk and Tanka. I don’t remember them really being mentioned as such before and I have read all of the Bounty Hunters series right from the start. Unless it was way back in pre-history for this series, frankly I have not the patience to go back that far at this point.

What this series can be relied upon for is bringing the PEW PEW PEW and the CHOOM CHOOM CHOOM of the blasters as it has always been more heavily leaning towards action than the other series and the welcome return of IG-88 in this issue for a showdown coming up will help that.

From what I thought was going to be Valance’s last ride several issues ago they managed to stretch it out but I am not sure how much past the end of this particular storyline they will end up going but it will be fun to find out. 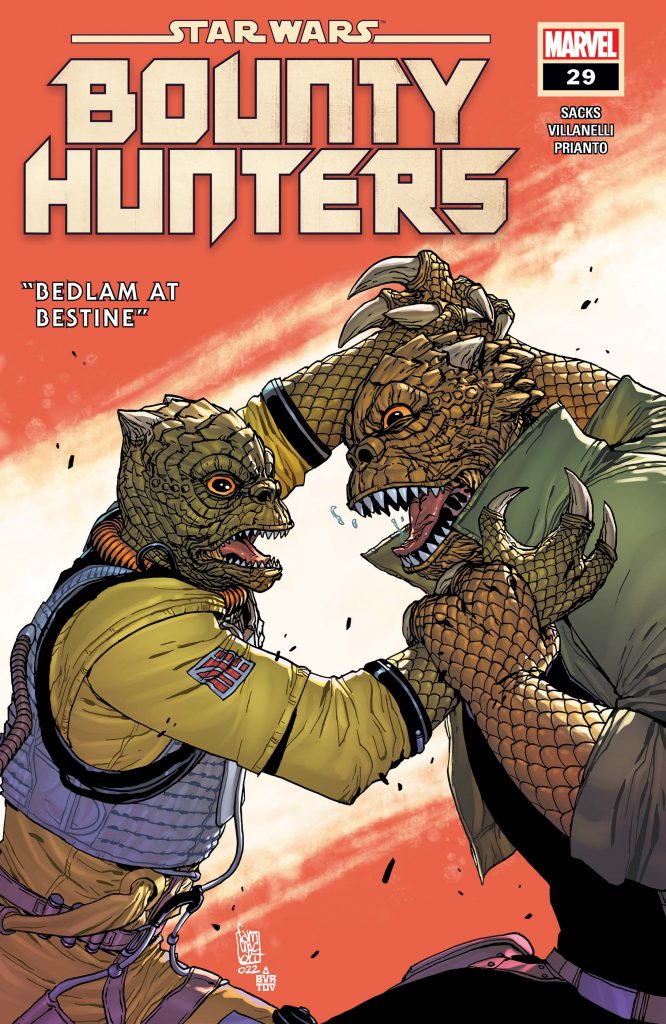