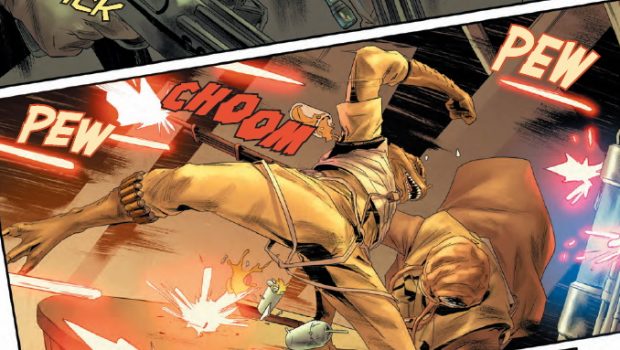 Summary: A great action-packed issue with the stories of T'Ongas crew and Valance finally going to come together

"I suppose SOME of this is my fault"

The crew has to deal with the fallout of Tasu Leech killing their boss on this job and fight their way back to their ship. Meanwhile Valance is called to meet Vader who has a job for them, he feels the need to blow off some steam much to his lieutenant’s horror. She really does look out for him but Valance has gone toe to toe with Vader before and lived. Vader tells him not to try any shit and Valance agrees to the mission.

This was an enjoyable issue with the wrap up of the mission for T’Onga’s team and the two groups finally coming together being shown in the future. Tasu Leech has plot armour but everything else is on the table at this point as to who is getting through to the end of this story. Valance has “died” several times at this point so really does not care.

With all the comment of Andor having non major-characters as a focus of the series I already knew something like that could work as they were doing it for a while here. I have enjoyed seeing T’Onga’s crew as Valance stopped being the focus of the story a while back. It is good to have Vader appear at certain points of the story as I have stopped following his one.

I don’t know if this the series winding down or heating up so it will be interesting to see what they do from here. Well worth your time if you have been enjoying this series so for or just want something with a lot of action to read along with. 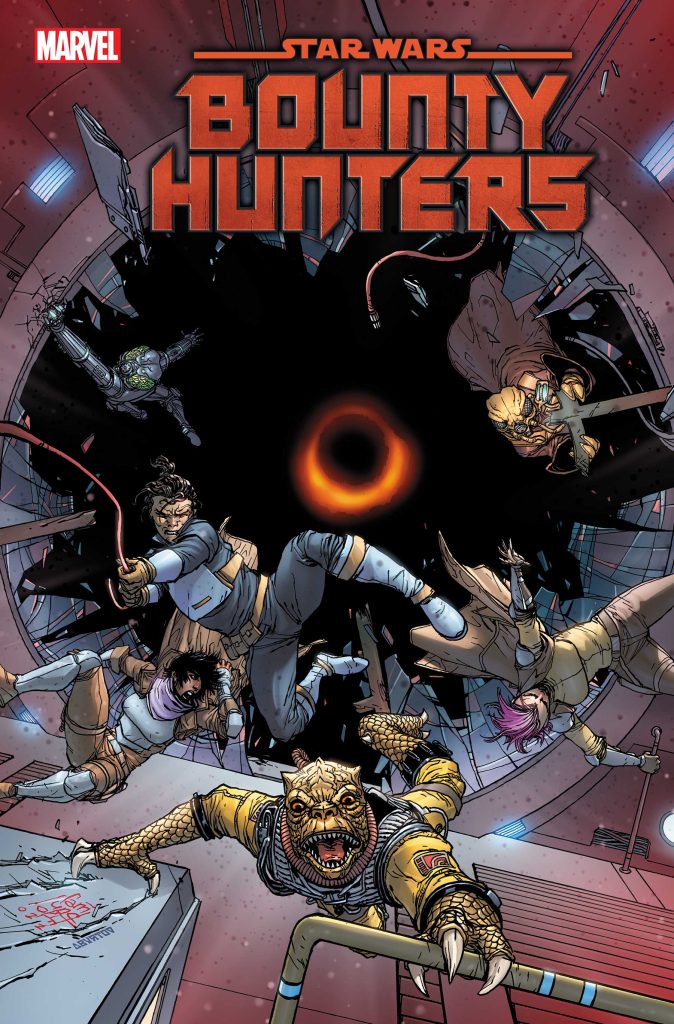