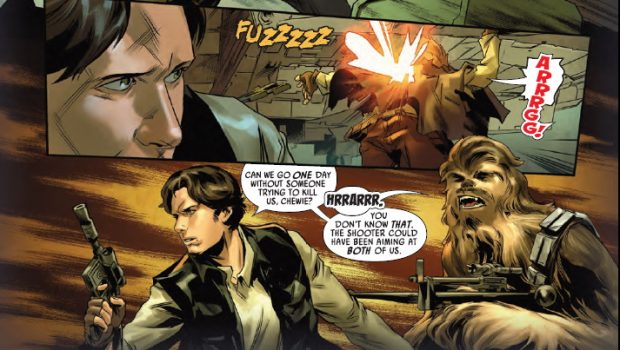 2 more of these to go

It seems a lot of the related issues are going to have at least one “prelude” issue of this storyline before they get into the war of the bounty hunters proper. Some of them are better than others like Boba Fett’s and the main Star Wars story. This one seems a bit tame in comparison even though it does have more space dogfighting than is usually in these stories.

I recently found out Valance as a character is almost as old as the original trilogy Star Wars stories having first appeared in the comics in 1978. He has not appeared in any of the films or TV shows until now but hopefully he does at some point.

It is going to get a bit crowded if all the characters end up in the same stories.

Well worth a look if you are following this story, everyone else wait until the War of the Bounty Hunters starts proper or just get the main comic with Boba Fett in it.