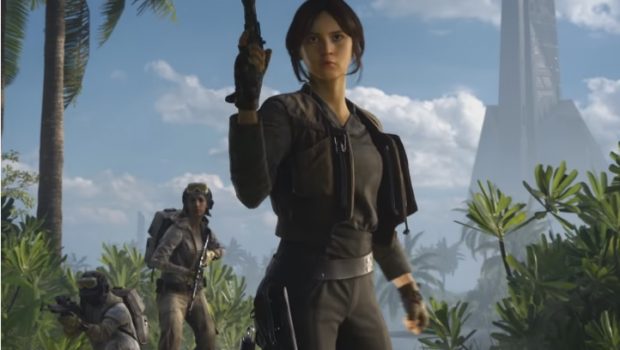 Players will be able to touch down from space onto the planet of Scarif and fight across the beaches and jungle, with the defiant Jyn Erso and the cruel but brilliant director of Advanced Weapons Research, Orson Krennic, as two new playable heroes. Players can also blast opponents in a brand new multi-stage Infiltration mode, try out the new A180 and DT-29 blasters and the Sonic Imploder star card.

Check out the Star Wars Battlefront Rogue One: Scarif – Official Trailer below…

and head to the Star Wars Battlefront blog for more information about Rogue One: Scarif here.