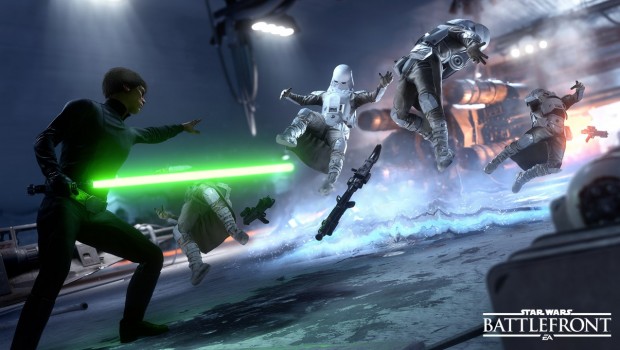 The pre-game brief for Star Wars Battlefront is weird in that laser tag kind of way. I sit in that little, sectioned off room with thirty-something other members of the press as we watch a very cheesy mission briefing video explain game objectives to us in quasi-authentic Star Wars voices. Activate the relay uplinks, the video tells us repeatedly, despite half of us being destined for the Dark Side when we step out into the game area. I suppose they’ll want to deactivate the relays.

We file out, put on headphones, and try desperately to familiarise ourselves with the controls before we’re thrust onto the frozen tundra of Hoth. I am rebel scum, so I charge out alongside my fellow rebel scum into the cold and start shooting. ‘You don’t need to reload,’ the video had said. Duh. Reloading isn’t a concept in Star Wars with blasters having existed for the entirety of its established timeline. How would they even know what reloading is? I try to put the inconsistency out of my head. 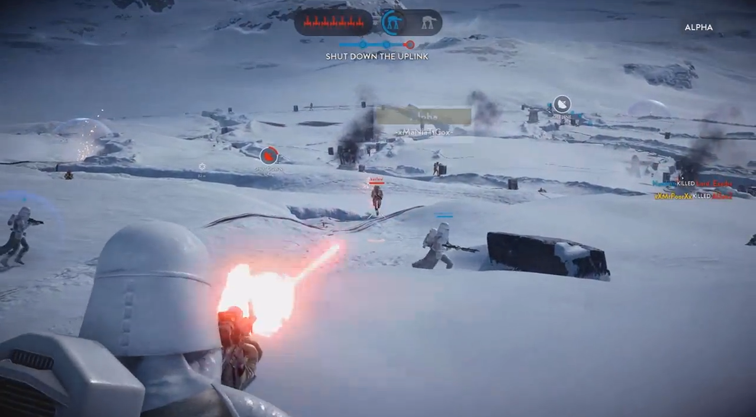 I run around a lot. I die even more. I start one uplink. It’s immediately quashed and the rebels are pushed back to their next set of uplinks. We’re playing Battlefield’s Rush mode with a Star Wars skin and I wonder if anyone else realises. I like Rush; it’s a simple objective-based mode that offers some different strategies to the usual team-based murder-fest modes.

I don’t know whether it’s the snow or the confusion but Hoth feels tiny. I am surprised that we have forty players—it only ever seems to be about ten per side at any one moment. The two AT-ATs lumber towards us, and a handful of AT-STs are tearing through the frontline, but the two sides are otherwise pure infantry. A couple of rebel speeders fly overhead but fail to pull off the old harpoon-rope-to-trip-the-walker trick before unceremoniously exploding into the mountainside. 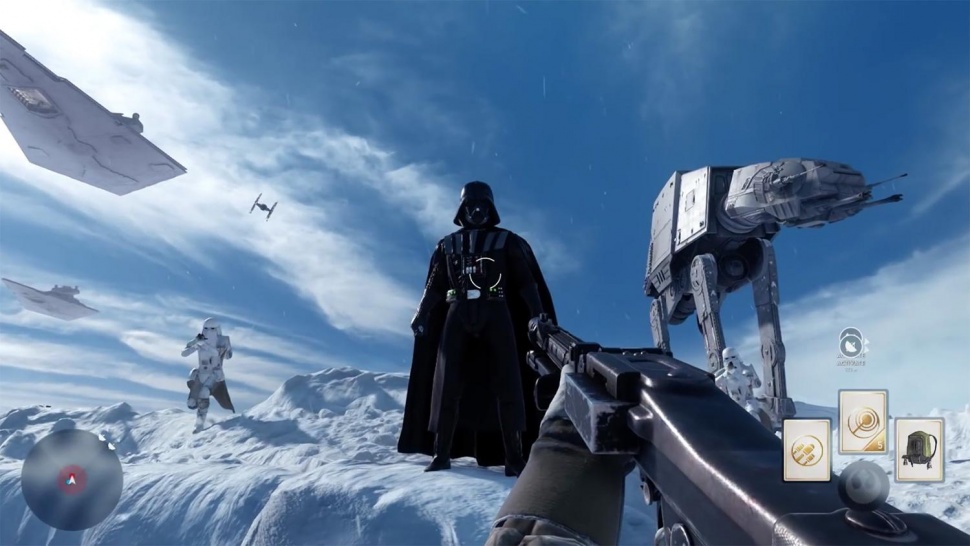 I try to run around the side of the map and stumble upon a floating icon. Collecting it gives me the ability to fly an X-Wing. Before I can leave the ground, an AT-AT destroys me. Later, when I do get to fly, I feel pointless: I can’t shoot the extremely well camouflaged Stormtroopers on the ground but I can’t damage the AT-AT until the ground forces get the uplinks running. I forget why they were relevant, but we must remember to activate the uplinks.

The Imperials push us back to our last set of uplinks but somehow we manage to take down both AT-ATs and win. I’m not really sure how; every moment I was in the field, rebels were dying and uplinks were left undefended and inactivate. Rushing to these sites guaranteed me a 1-versus-5 scuffle (which I usually won with a few thermal detonators and the element of surprise) before a quick death and another respawn. 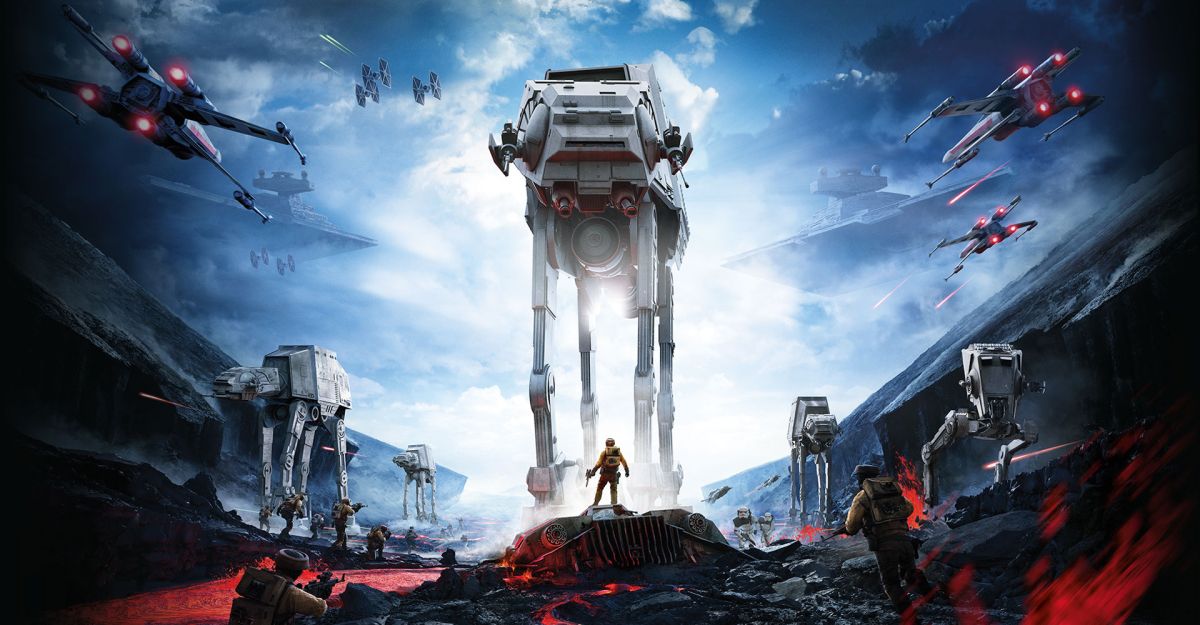 Before our briefing, EA Australia General Manager Mark Bradley slipped up and said ‘Star Wars Battlefield’. This harmless error captures an incredibly relevant point: Star Wars Battlefront is definitely a Battlefield game. But that still, in my mind, conjures images of epic skirmishes with multiple vehicles and that is, at this stage, absent. 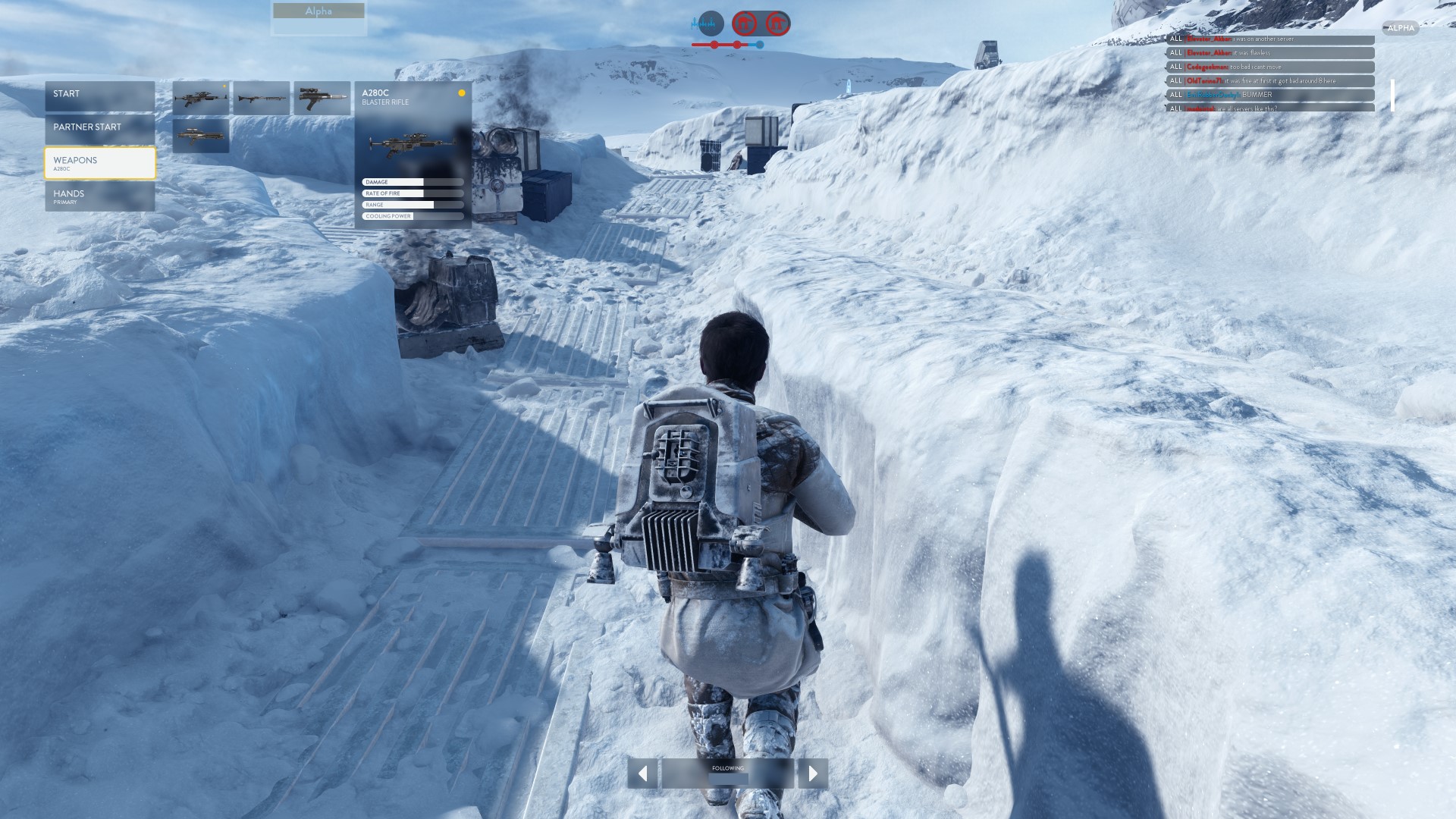 That is not to say that Star Wars Battlefront is bad. But it’s not what I expected and I think the same will apply to near all of the fans of previous Battlefront games. It seems less concerned with the large scope and more focused on delivering an experience that really channels gritty, in-the-trenches kind of combat. And undoubtedly my opinion will shift when I get access to a less restricted, less controlled version of the game. But I just wish this wasn’t the replacement for the chaotic, complex, vehicle-supported Battlefront that I remember.